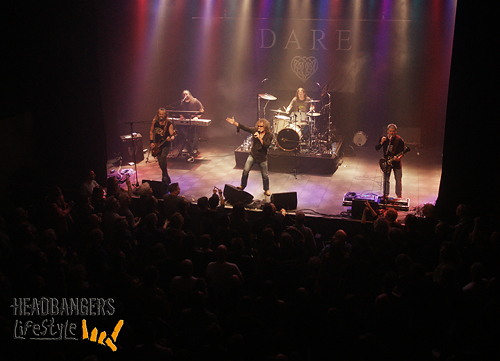 Has it really been 30 years since the release of `Out Of the Silence’? It has me baffled ever since the 30th anniversary release of the album recently. The revamped issue of one of AOR’s most compelling albums of all time surely made me aware of how fast time proceeds. But it also proved how vibrant and vivid the original album still sounds, and how much of a benchmark record it really was in its original form. With `Out Of The Silence II’ consisting of the original tracks, rerecorded and produced to match present standards and expectations it emphasized the song material still being up to par, allowing the band to revive their debut and implement the Celtic subnotes they have adopted over the course of years, and implemented these to create and even more appealing overall sound. This acoustic outline, combined with the already subtle guitar work, pushes the album forward in a slightly different direction, without straying from the impressive melodies and oozing comfort of the tracks. 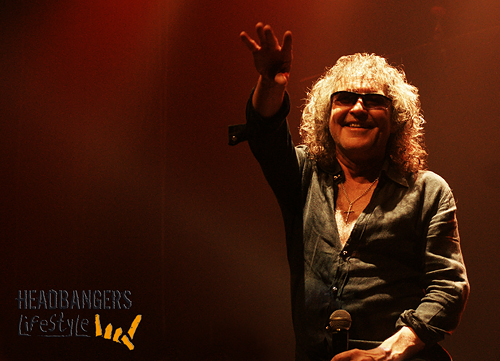 I expected a run through of that classic album at the Helmond gig, but the set list holds only the highlights, with the addition of the most wonderful tracks of their later releases. Still, tonight’s gig proves once and for all the timelessness of Darren Wharton’s band, and establishes their impressive keen feel for melody and melancholy during an inspiring and elevating performance packed with highlights, by a band clearly enjoying themselves onstage. Not to be stating this to be one of the best gigs ever, but it was a stellar performance by a band delivering their absolute best. 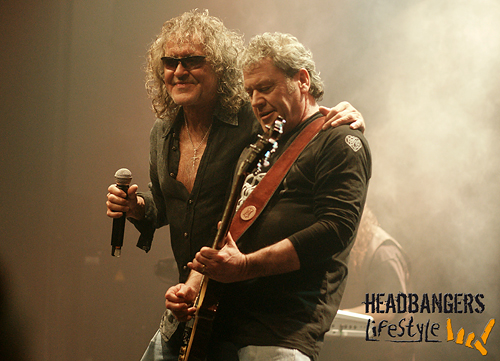 Now rest assured; I have seen the band perform live before, and the above statement links to my recollection of their past shows. I was one of the AOR mad heads that actually travelled to see DARE perform at the infamous Marquee club in London, in July 1989. That particular gig has nested in my head as one of my concert highlights since, not likely topped by any other. But tonight’s gig in Helmond, simply managed to arouse. Not only was Dare the well-oiled gigging machine fully into the tour and their set list, the band also displayed a high level of involvement bringing the songs to live in front of an enthusiastic audience. The band’s long absence surely added to the warm welcome as they delved deep into their past with numerous classics finding their way into the hearts of the spectators. The night was opened with a large chop of no less than 6 tracks off of their latest album `Sacred Ground’. ,,Home’’ immediately set the tone, followed by ,,Until’’ and ,,Days Of Summer’’. Darren’s hoarse voice was pristine, steering clear from the higher regions. Spotlight however went dominantly to stage right, where Vinnie Burns swings his guitar. His melodic riffing and impressive soloing give the lingering motion of the songs the extra kick and bite they need. Subtle melodies and tasteful solos creating and intense colourful atmosphere. Backing tracks supplied the atmospheric little twitches and intro tunes empowering the subtlety of the songs. During the heartfelt ballad ,,Every Time We Say Goodbye” Wharton adds to the connection with the audience, emotionally touched he refrains to someone in the audience who’s in tears. It’s this connection and interaction with the 400+ crowd adding to the magic of the evening. More magic is upon us when the band takes a dive into the past with impressive renditions of the atmospheric ,,Sea Of Roses”, ,,Where Silence Ends” and ,,Silent Thunder”, to sends shivers down our spine with Dare’s version of the Thin Lizzy classic ,,Emerald”, as a homage to the late Phil Lynnot. ,,Beneath The Shining Water” opens the floodgates towards the ,,Blood From Stone” album for which Wharton needs the audience to sing along as he’s unable to hit the high notes, as he frankly states. It is ,,Wings Of Fire” and “We Don’t Need A Reason” that prove their ability to rock hard, with an accelerating Burns shredding it up. The roof is raised and with the announcement of ,,Abandon” we finally move to the anniversary section of the night. Sheer magical moments pass with fresh and vivid versions of ,,Into The Fire” and the immaculate ,,The Raindance”. Another highlight is the Philo homage ,,King Of Spades”, another goose bumps moment. With a large part of the crowd relaying on public transport, Darren and the band cut short tonight’s set to say goodbye with ,,Return To The Heart”, and taking time to shake hands with their fans 15 minutes after the show with a meet and greet. 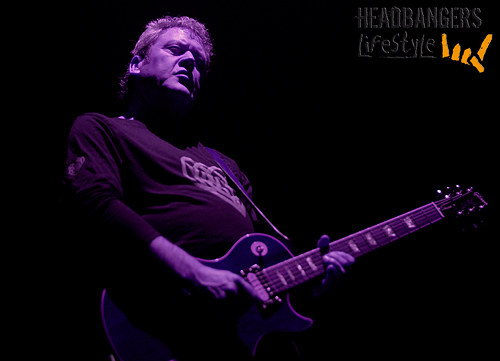 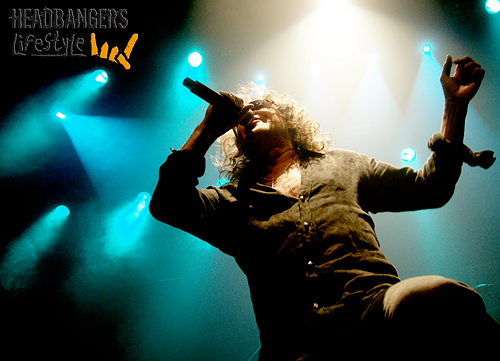 Dare proves their skills and deliver their exquisite AOR and melodic rock, radiating passion. The interaction with the fans adds to the experience and leaves behind a venue ready for a next round. The band’s status is iconic amongst fans, proven by the waiting line at the merch boot. Taking time to sign memorabilia, take a countless numbers of selfies and chat with their fans only makes the connection more powerful. This night certainly is a night to remember….
—
All photos by Edwin van Hoof