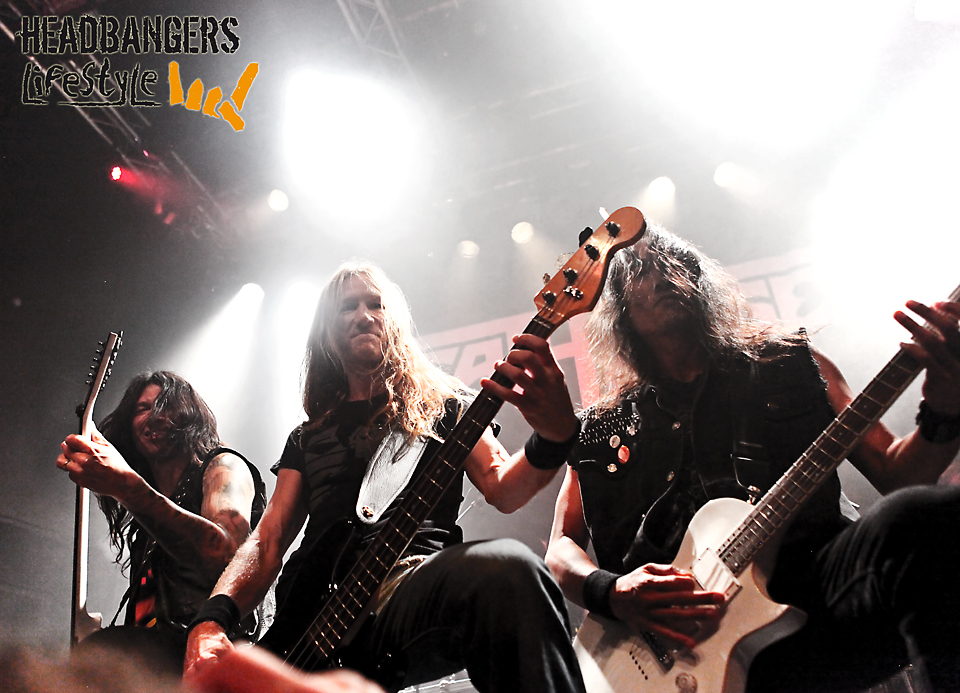 Whenever classic era metal bands head out to Europe, a reunion with the Dynamo Club tends to deliver a steamy hot night of heavy metal. Whether it is Metal Church, Exodus or another benchmark classic from the roaring 80’s, the club is set on fire and the interaction with the audience orbits the members and their bands. Tonight the package is exquisite as both bands repeatedly featured on this stage and personally written loads of memories in the encyclopaedia of modern metal, and most importantly; written chapters in the history of the renowned club and it’s festival Dynamo Open Air in the past.

Opening for the American legends, Dutch Disquiet and Razend both give their very best to set the right mood for this evening. Unfortunately, I miss Disquiet’s set, rumoured to literally draw in the lingering crowd with their impressive musical performance. While temperature rises to classic Dynamo standards it is Razend to impress with their classic rooted thrash metal outburst. Vocalist Corinne v/d Brand is one powerhouse vocalist who easily shifts between the darkest grunts and impressive loud howls. She injects the band with the right charisma and power needed to stand tall amongst tonight’s forces. 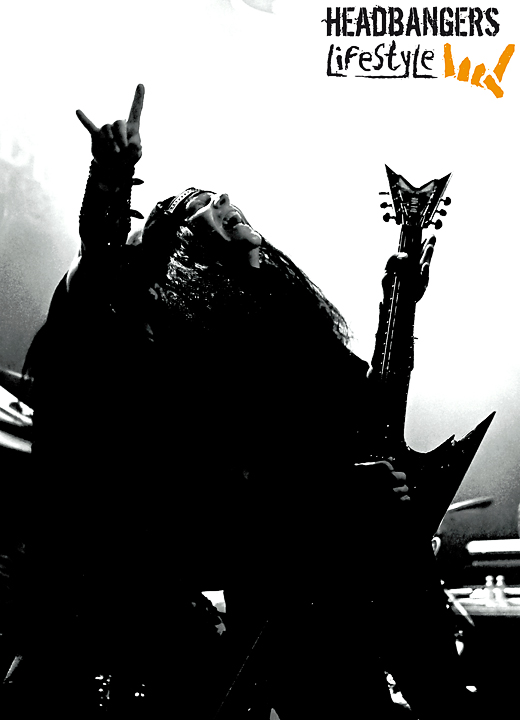 For me, however, it is Vicious Rumors luring me out. Having witnessed numerous gigs of the band I often linger back to the heydays of ‘Digital Dictator’ when the band took the Eindhoven stage by storm together with vocal hero Carl Albert (R.I.P). The band’s classic metal chops and powerhouse vocals, combined with Thorpe’s and Howe’s chorus chants set a new standard in metal; loud and powerful, yet extremely melodic. Tonight the band seems aware of this status and forcefully takes the stage with the hymnic trilogy ,,Worlds And Machines” – ,,Digital Dictator” – ,,Out Of The Shadows”, immediately warping us back into the comfort of the band’s elusive heydays. A crisp and powerful overall sound delivered, the band stood tall tonight. 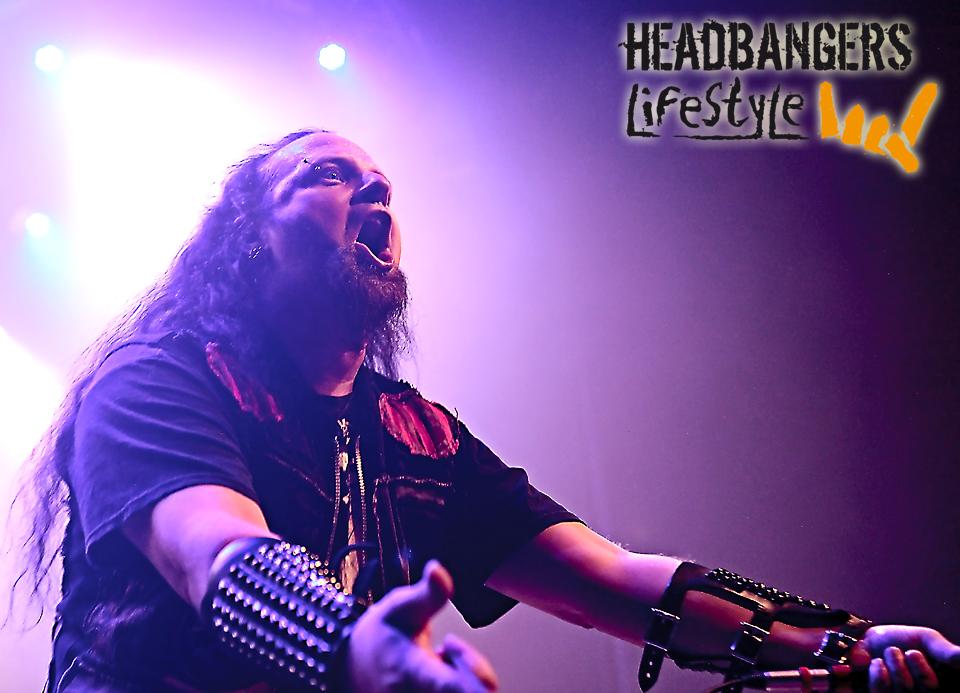 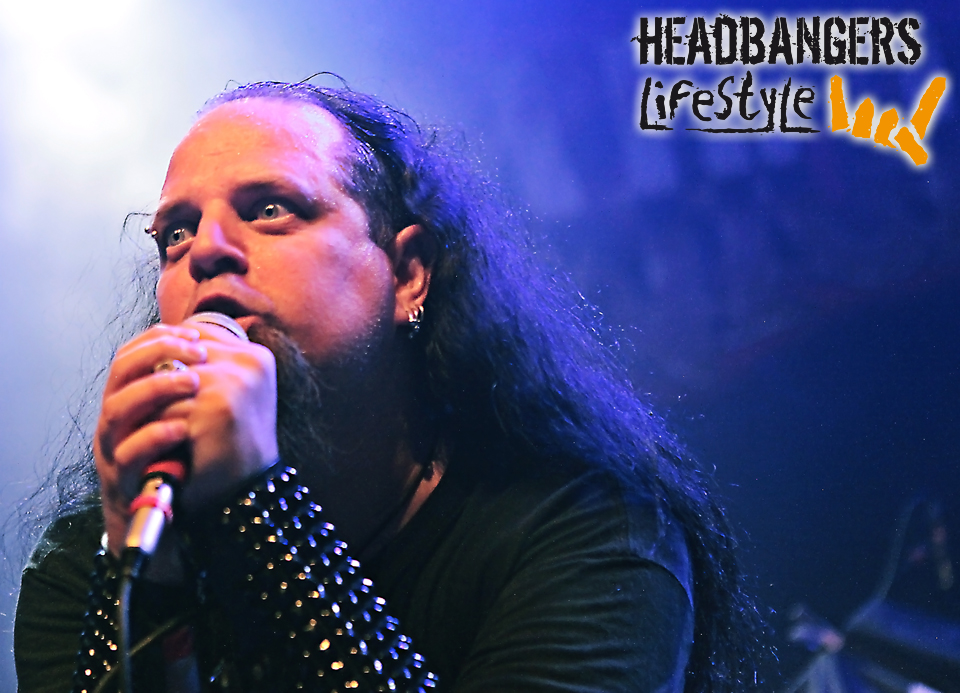 Rejoined vocalist Brian Allen’s wide range added fuel to the fire and lit up the room. Though he’s no Albert, the man is blessed with all ingredients needed to carry the torch and ignite VR’s riff driven hymns with power and panache. But Vicious Rumors is no Vicious Rumors without the melodic finesse of Thorpe’s exquisite playing. Geoff is still one of metal’s most underrated guitar players and tonight he proves to be on top of his game. Alongside new 7 string wonder Gunnar DüGrey, he spits gravel while injecting the power metal with wicked riffs and the most impressive twin-solos. 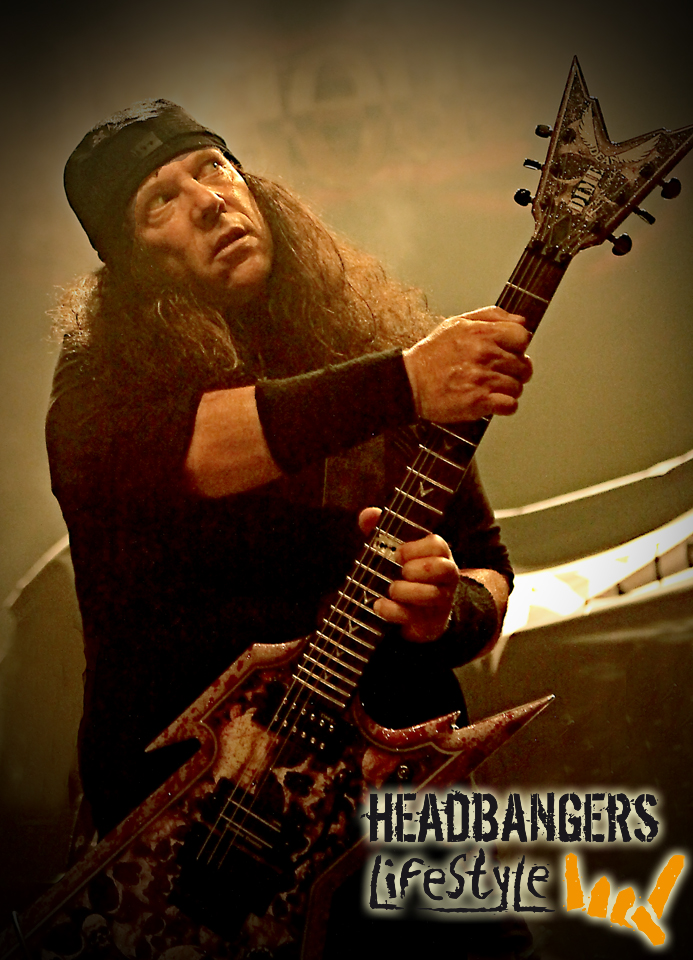 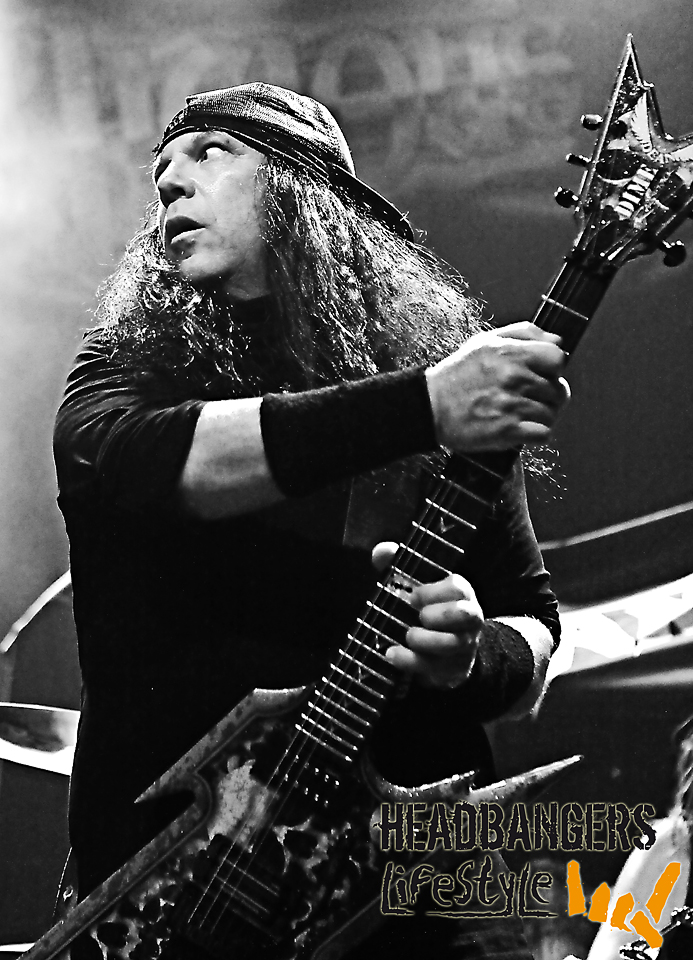 Perhaps the revolving door Vicious Rumors has become might make a lot of us frown, Thorpe and Howe have always maintained the spirit and guarded the band’s overall sound. A classic metal sound with tons of power and melody and in which Thorpe and Howe are always present. Their chants in the choruses are benchmark for the band’s typical sound. It’s an impressive set consisting of mainly highlights. The high paced ,,Hellraiser”, the powerful ,,Murderball” and ,,Dust To Dust” have heads banging front to back and ,,Soldiers of the Night” drenches Dynamo in nostalgia. 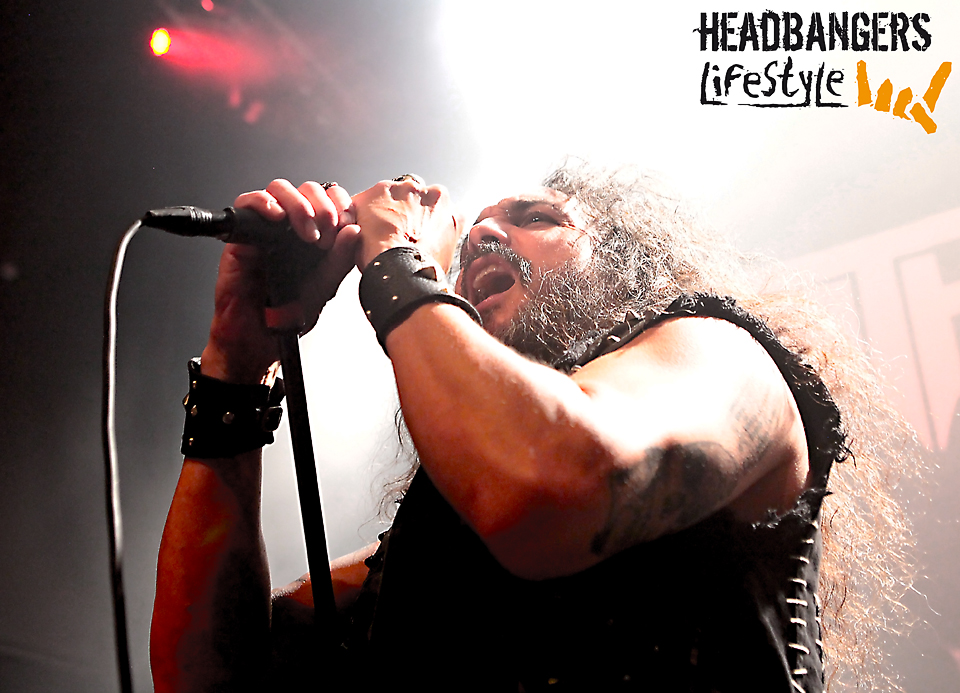 Nostalgia which is maintained when the Angelic team enters their second home, as Mark proclaims. Their 30 years of lasting love towards one another, writing metal history. Its history Mark frequently refers to because of the band’s long running relationship with the Eindhoven crowd and metal bonding as brothers without prejudice. Osegueda owns the crowd and proofs to be one of the finest frontmen in the Bay Area scene. Mr. Osegueda and Death Angel deliver, as usual.
Fierce and powerful thrash is unleashed upon the audience from the opening (mandatory) ,,The Ultra-Violence” and ,,Evil Priest” with the band’s driving tandem Cavestany and Aguilar immediately pitching up power onstage. 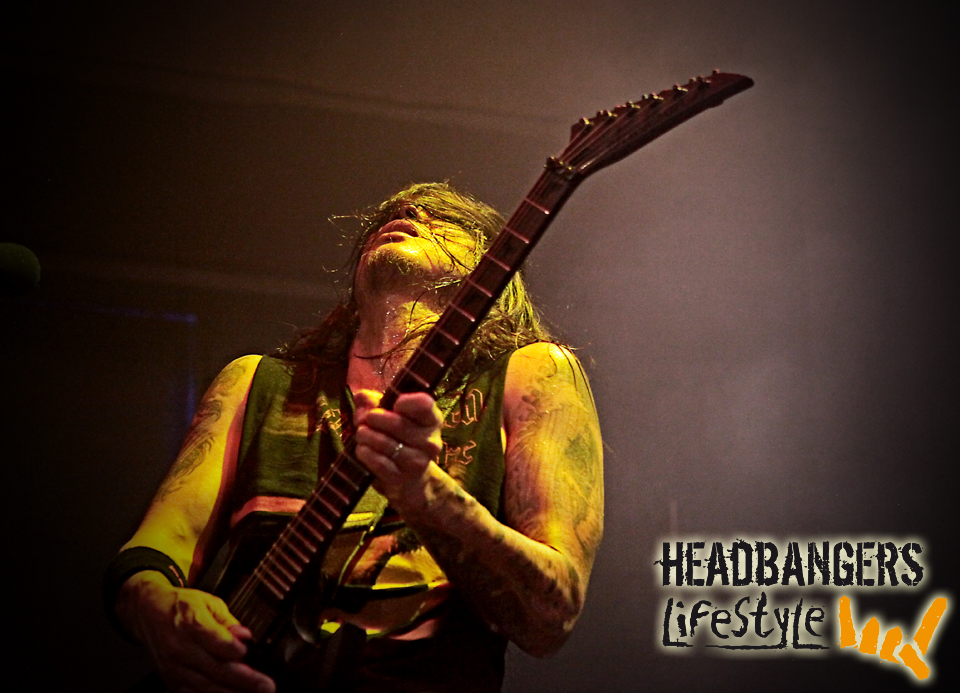 Boosted by drummer Will Caroll and bassist Damian Sisson, the band roars like in their prime. Tonight is like racing down memory lane with Death Angel firing on all engines. Whether it’s ,,Lost” or the more thrashy ,,Left For Dead”, the charisma radiates off the stage. Osegueda is energetic and Cavestany is explosive as ever. Sure it’s rough around the edges, but it’s all covered under a veil of charisma and passion. With Mark not always being spot on, he simply compensates with personality and honesty, while roaring and shouting loud. ,,Seemingly Endless Time” displays the bands short lived flirt of thrash with melodic metal, resulting in a timeless classic. The ‘Act III’ classic still stands tall and Mark injects the song with his best performance of the evening while the audience (and Cavestany) go berzerk. The crowd pleaser has fists pumping and creates a mosh pit mid center. Basically, it is the start of the second chapter of the gig with the crowd going absolutely wild and the band growing optima forma towards a grand ending with modern classics ,,Bored”, ,,Kill As One”. It’s all an upbeat to the grand finale ,,Relentless Revolution” and the dark ,,The Moth”. 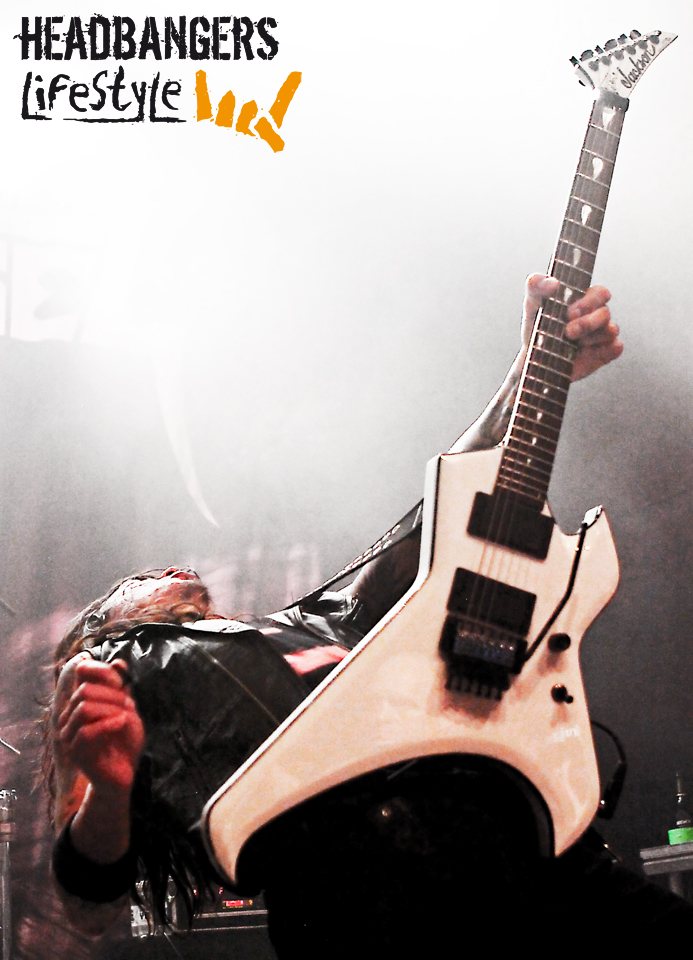 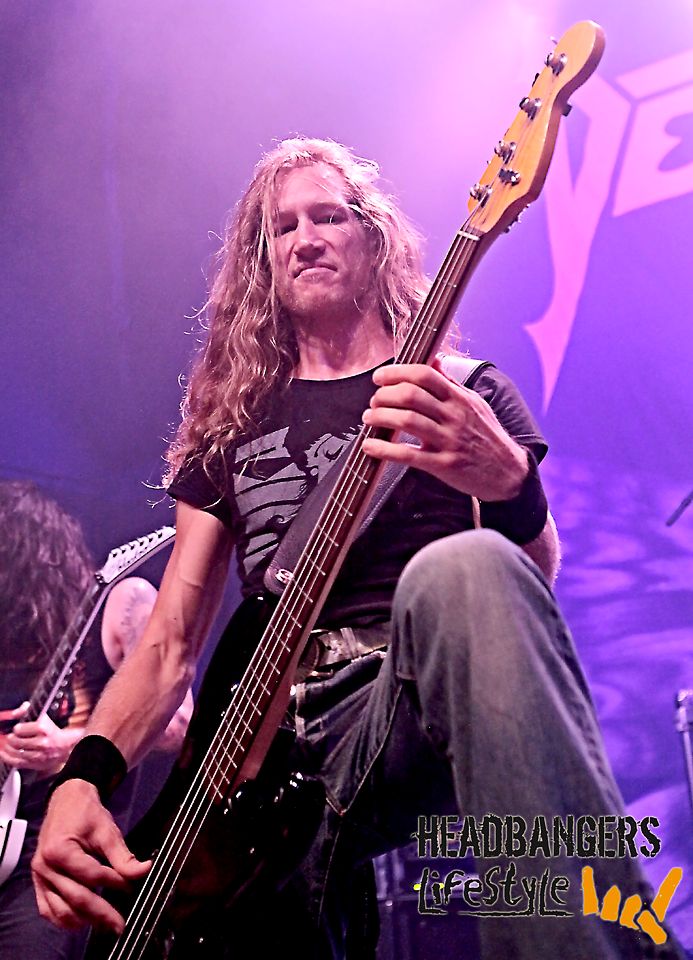 It’s certainly a gig ended short although the neck muscles need rest after this night of heavy metal mayhem at the prestigious Dynamo. Above all: it was a return to the 80’s and 90’s when all 3; Death Angel, Vicious Rumors and Dynamo warped heavy metal into oblivion and proven a genre of outcasts a force to be reckoned with…
—
All photos by Edwin van Hoof for 3rd Eye Pro.motion