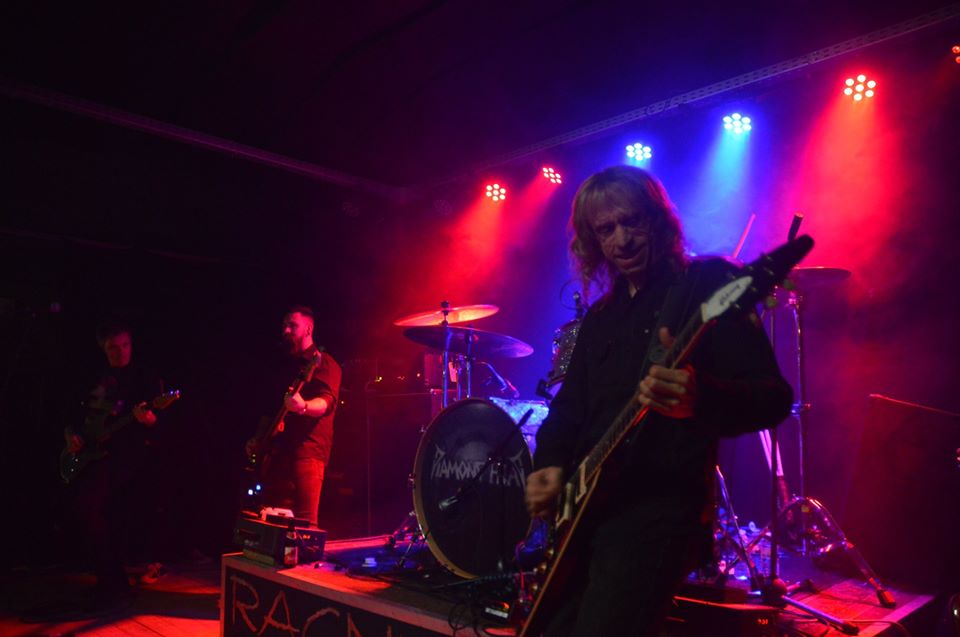 The heyday of the New Wave Of British Heavy Metal movement may lay nearly four decades behind us, many of the bands that made their footprint back in the day are still among us. Savage and Diamond Head for instance. The first name, despite a string of album releases, has always stayed a relatively undiscovered gem, much in contrary to Diamond Head, which of course gained global recognition due to that ever so popular band from California. Metallica covering a batch of Diamond Head songs turned out to be nothing less than a life changer for composer and Diamond Head leader Brian Tatler. But Diamond Head is much more than just a name from the past. Their most recent comeback was fuelled by two quality releases, ‘Diamond Head’ in 2016 and last years ‘The Coffin Train’ in specific. Currently the band is involved in a tour serving as support act of the almighty Saxon and in between these high profile gigs the band fills its’ agenda by headlining smaller clubs and venues. 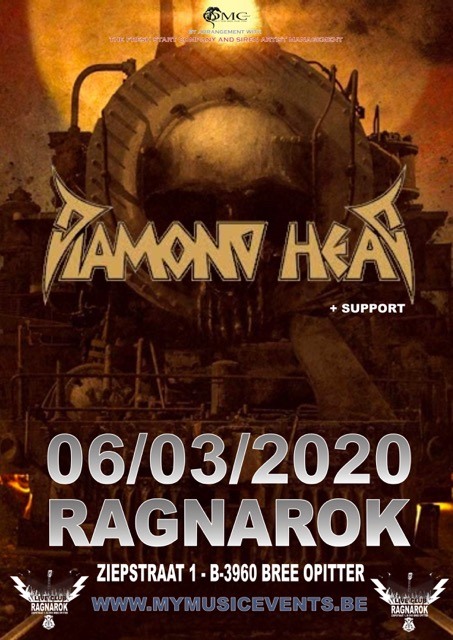 On this windy and rainy Friday evening the Diamond Head caravan takes over Ragnarok, a cosy and very typical Belgian venue on the outskirts of Bree. Typical meaning that Ragnarok has the size, looks (and smell!) of a fieldbarn, wich creates the perfect atmosphere for some vintage NWOBHM. A nostalgic trip down memory lane so to say. Opener Savage sets the tone with a raw old school set comprising of a handful songs from the legendary ‘Loose ‘n Lethal’ record as well as a selection of other ‘more recent’ cuts. The sound in the packed little room is splendid and the band does a decent job in executing the music. Unfortunately the stage presence is lacking some dynamics. As for the songs, it’s obvious that some stood the test of time better than others. Clearly the songs of ‘Loose ‘n Lethal’ stand out most with long time Savage axeman Andy Dawson displaying some excellent fingerwork on his flying V. I never saw Savage before so that alone made it worthwhile. 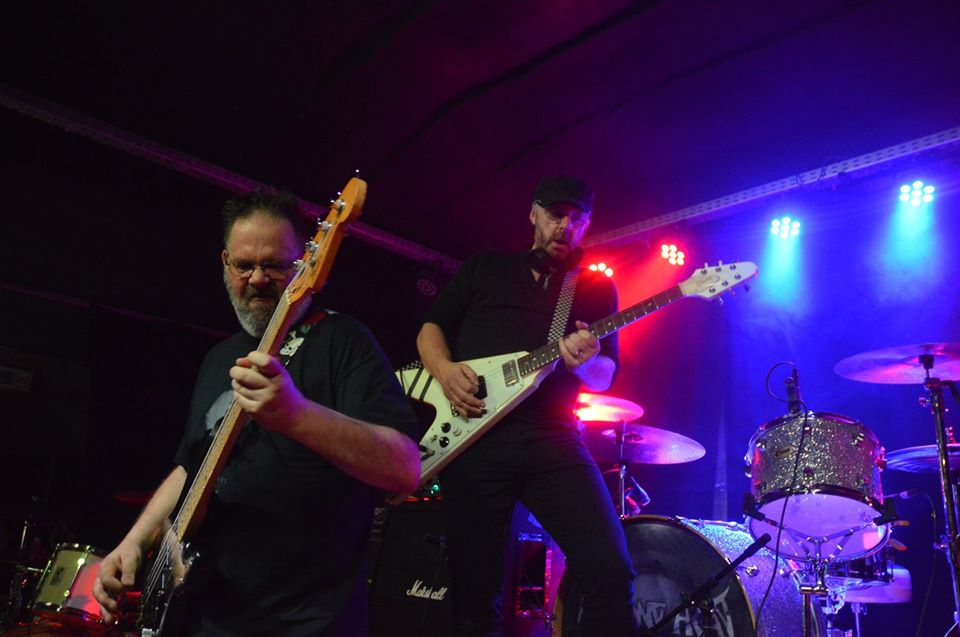 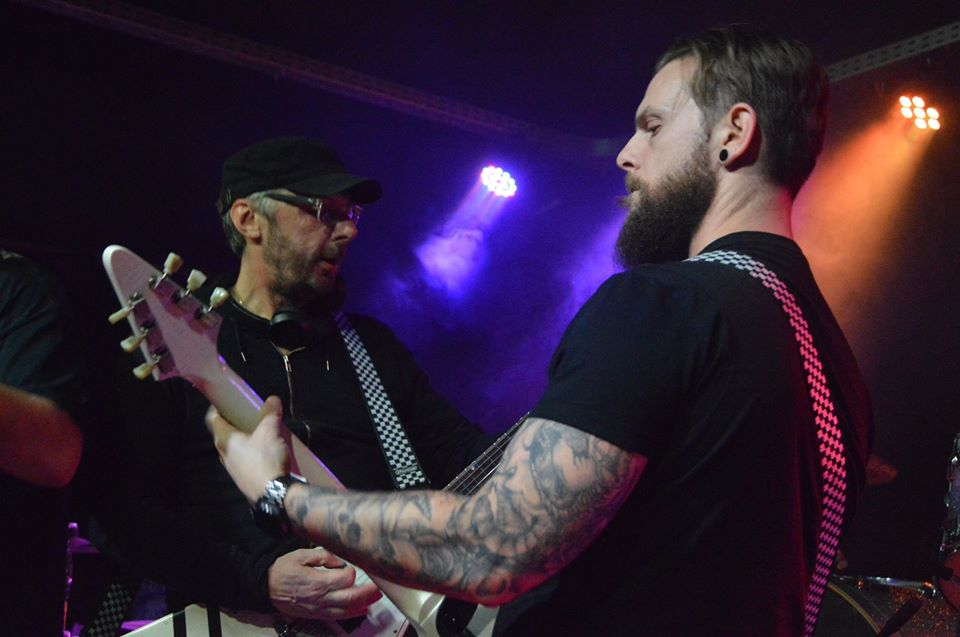 Diamond Head is another story. Last years ‘The Coffin Train’ was a surprisingly strong album, one that can artistically compete with their 1981 classic ‘Lightning To The Nations’.  Tonight three songs of that record are being played; ,,Death By Design’’, ,,The Messenger’’ and the fiery ,,Belly Of The Beast’’ (given the circumstances the term barnburner would be highly appropriate) having the most impact. It’s these songs where the print of current singer Rasmus Bom Andersen is most present but the Danish Brit also brings the old stuff to life with his high pitch. A large portion of the 75 minute set is reserved for cuts from the old days and tracks like ,,The Prince’’, ,,Helpless’’ and ,,It’s Electric’’ proof to have stood the test of time and good old Brian Tatler still does not miss a note. One song if course need extra mentioning since it is basically the song that everybody still comes out for; ,,Am I Evil?’’’ After all these years this epic piece of heavy metal still sounds vital and has not lost any of its’ glance. The eerie intro, that huge riff, the verse, the chorus, the bridge, the solo; ,,Am I Evil?’ is nothing less than a masterpiece. One of the best metal songs ever. Period. 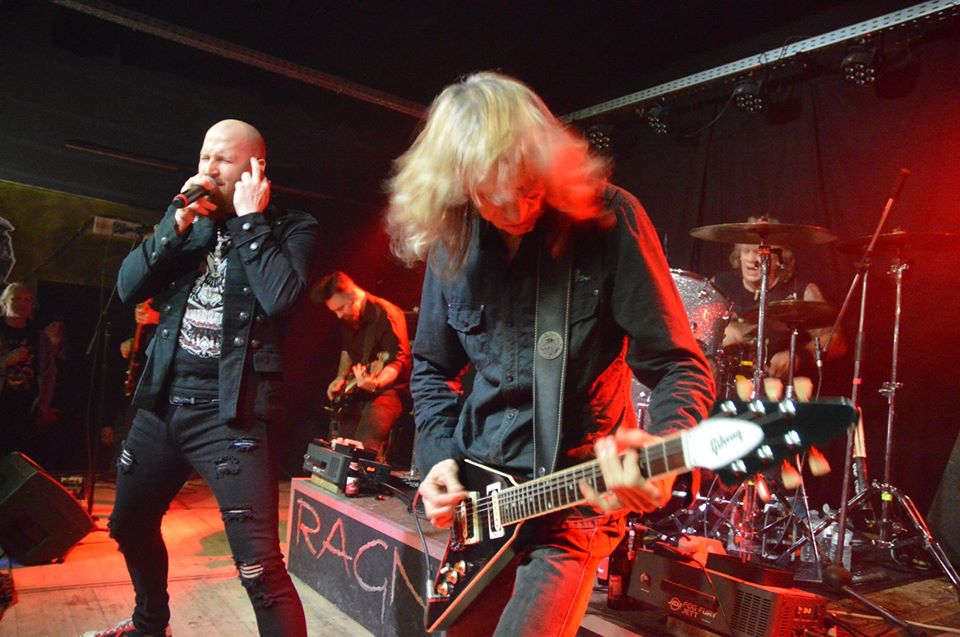 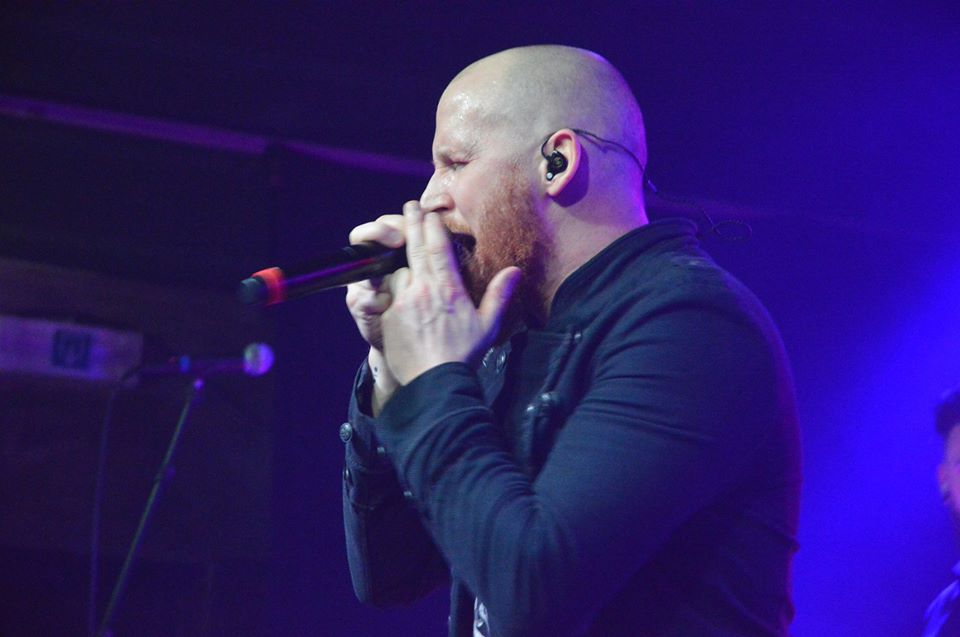 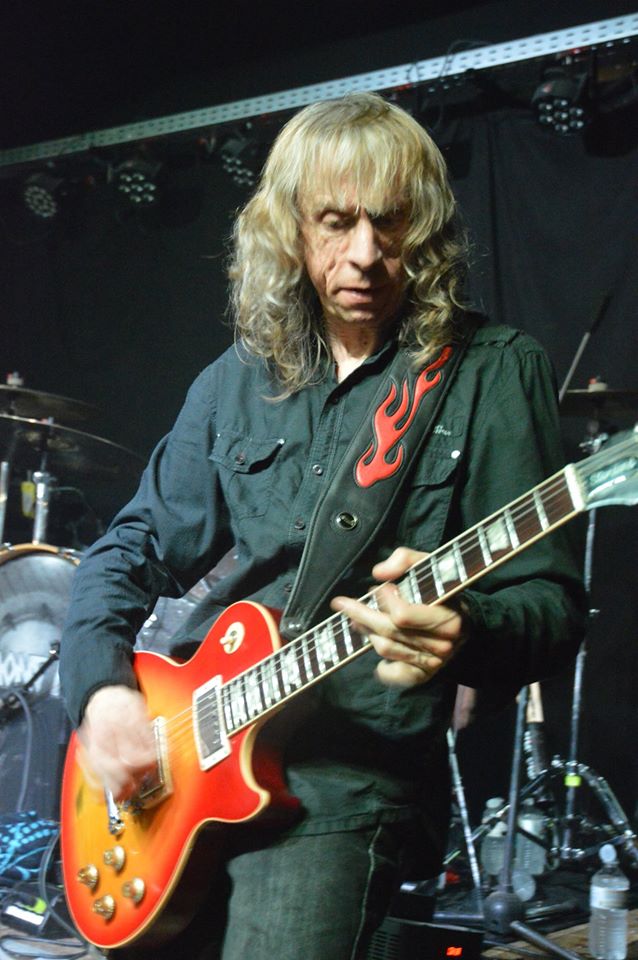 Great music, tasty Belgian specialty beers and warm hospitality made this one a night to remember.
—
Photos by Jef Vaassen