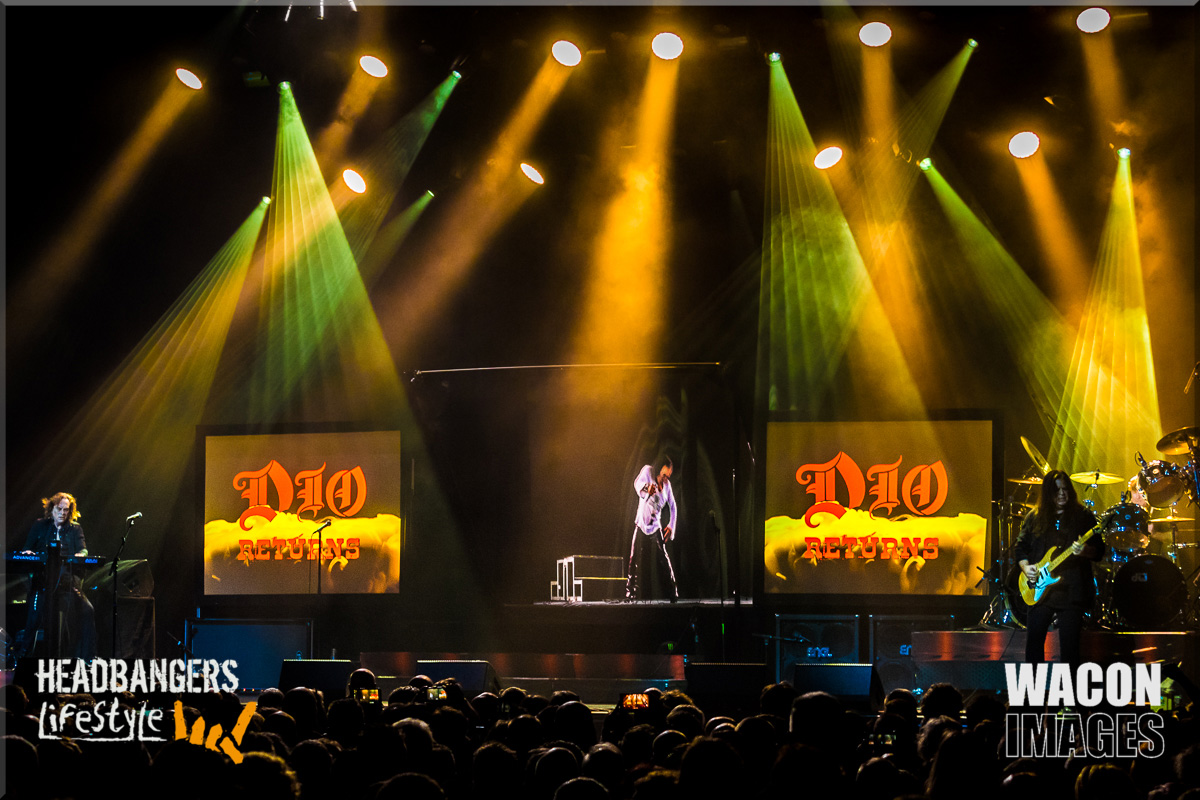 There have been quite some pros and cons and even ugly negative comments and discussions lately on `The Net’ about `Dio Returns: The Tour’. A debate that is going on for a while now and probably won’t stop any time soon. Because it has been seven years ago that the metal community lost one of the greatest and most beloved and well respected singers of all time, Ronnie James Dio, who now returns on stage as a hologram during `Dio Returns: The Tour’. Yeah sure, it is totally understandable that this raises an eyebrow or two on forehand but to be able to judge it honestly, in my opinion you have witness the show yourself. Because of my recent behind the scene interview with widow Wendy Dio, who organized this tour, I got even more curious, so I went to the second last show of the first leg of this tour, which is in 013, Tilburg (NL). 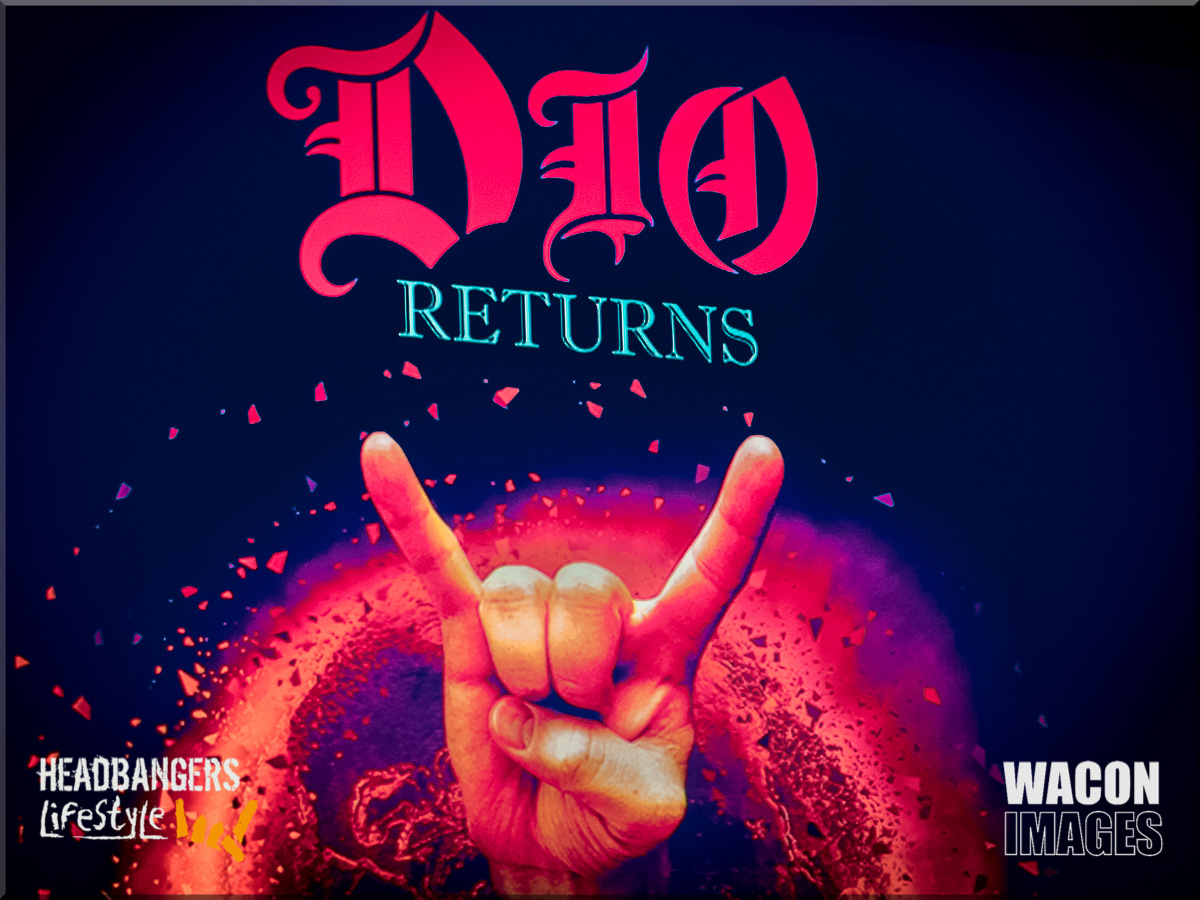 About 1.000 fans showed up on this Wednesday evening and probably because of the technical complexity of this concert, there was no support act. Therefor we had to warm up with some classic tunes of The Cult in the background while hanging out with friends. Well, at least it gave us a moment to check out the stage set up, which included a big black window in the middle for the hologram projection, which was staged between two video screens. The drum kit of Simon Wright (DIO, AC/DC, UFO) is placed all the way to the right, which gives a different perspective, while the keyboards of Scott Warren (DIO, Heaven & Hell) is located all the way to the left. So quit some space is filled in the width. 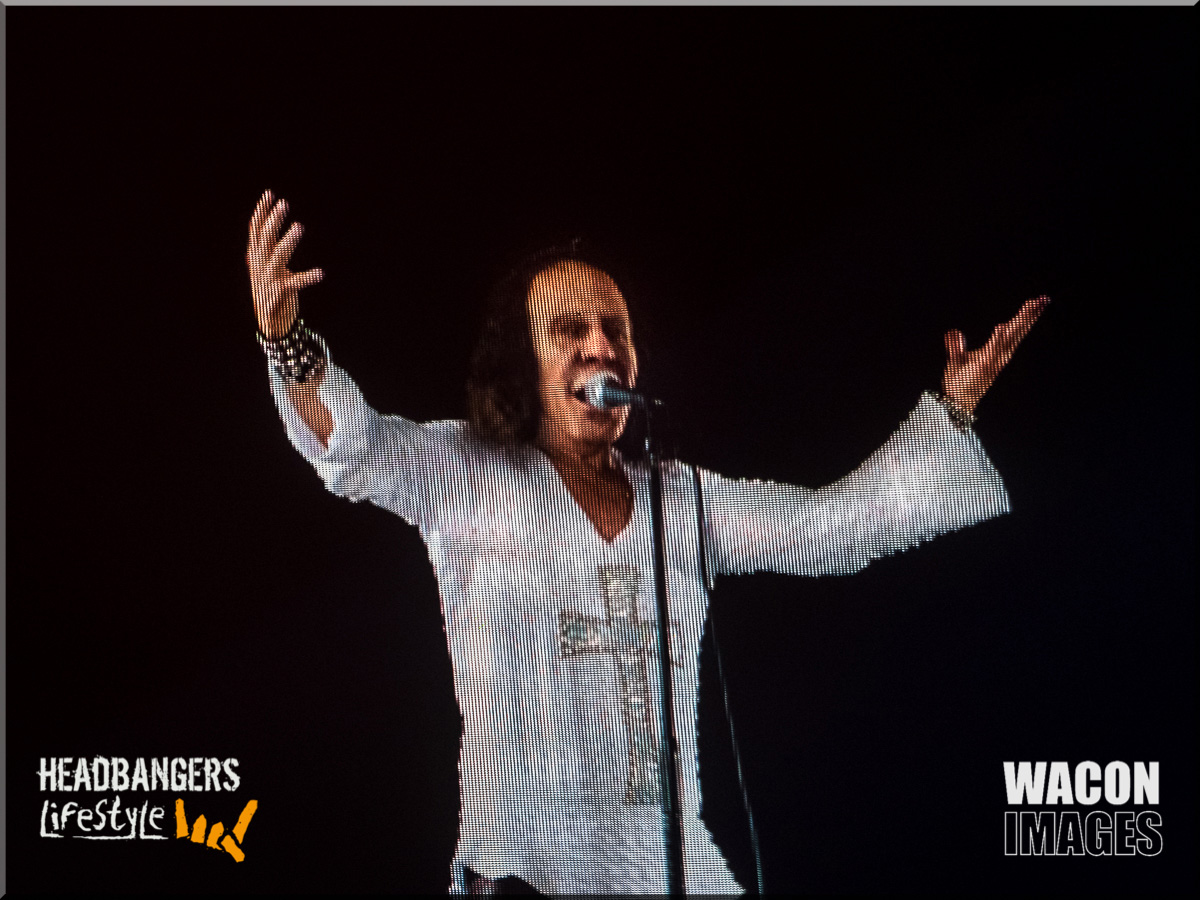 When the introduction started, Ronnie James Dio’s head appeared in a crystal ball on both video screens, it’s the old hologram of the Sacred Heart era, mid 80s. Then the band Dio Disciples kick started with one of the classic Dio tracks ,,King Of Rock and Roll’’ sung by Ronnie, who fully appeared as a hologram in the middle of the stage singing and rocking out with his recognizable moves. The resemblance was very good but it is still different than an actual person. But for me the biggest let down was the fact that the hologram was pretty far in the back of the stage. The best view was more or less in the middle of the venue. When you were standing more to the side (where quite some people were standing as well) it was almost impossible to see the full projection all the time, also because the video screen was in the way. Other than that I think the evening was a success because the band and the fans gathered tonight to honour one of the greatest singers of all time. 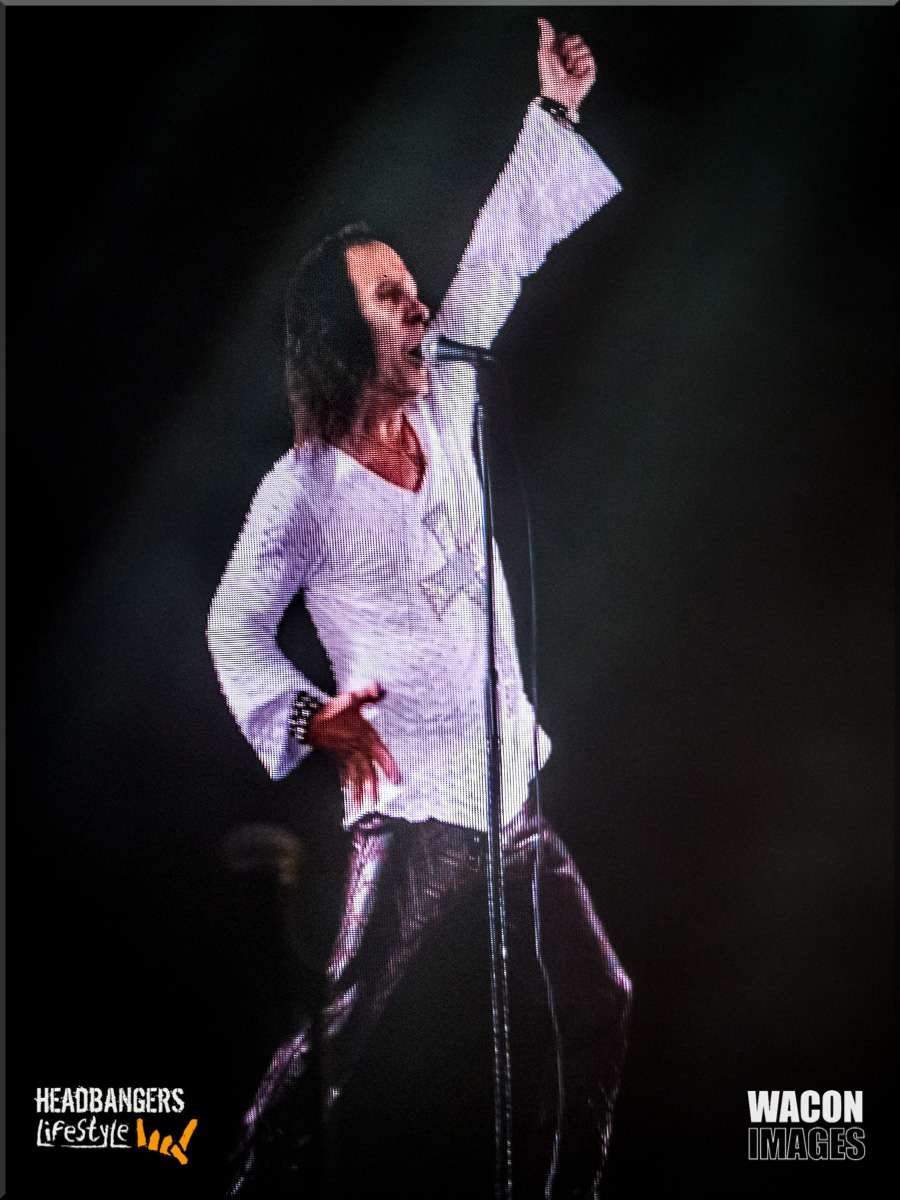 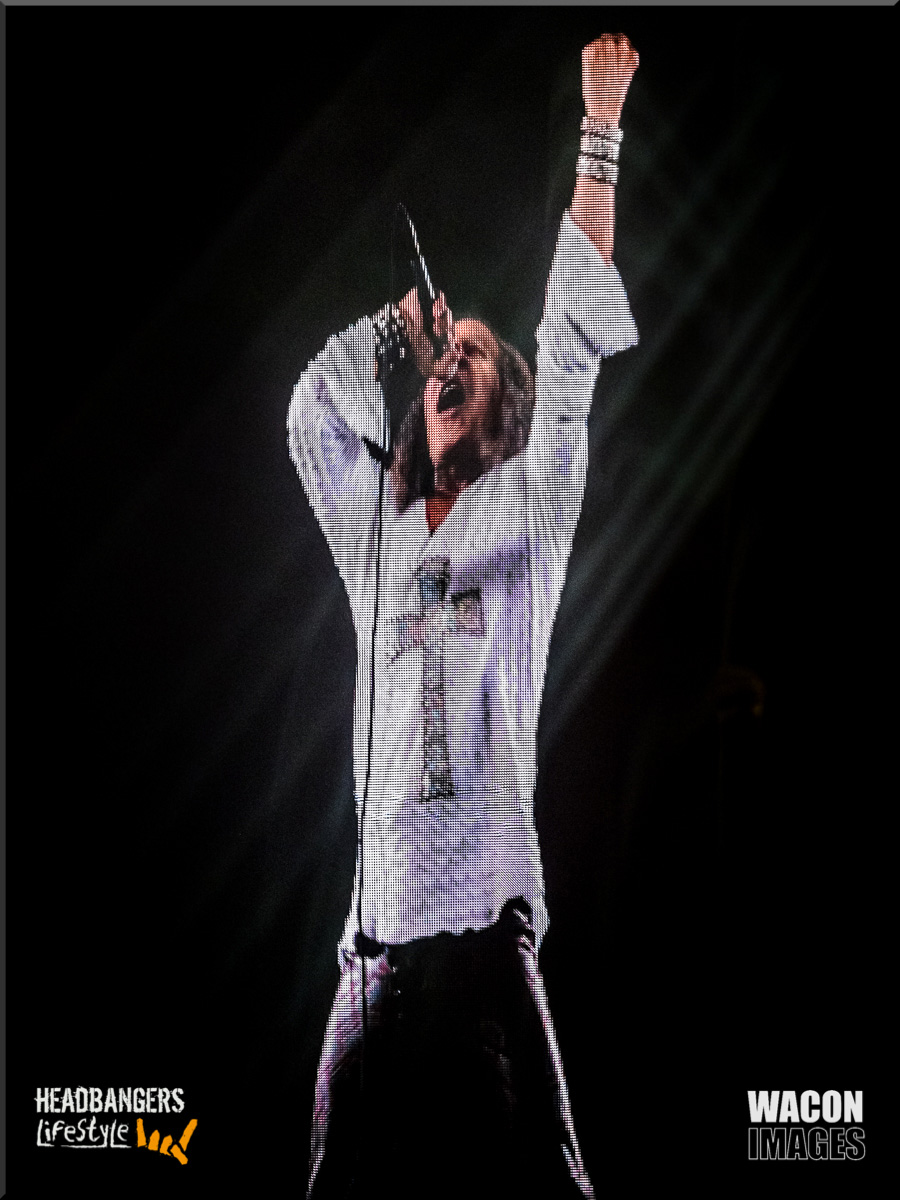 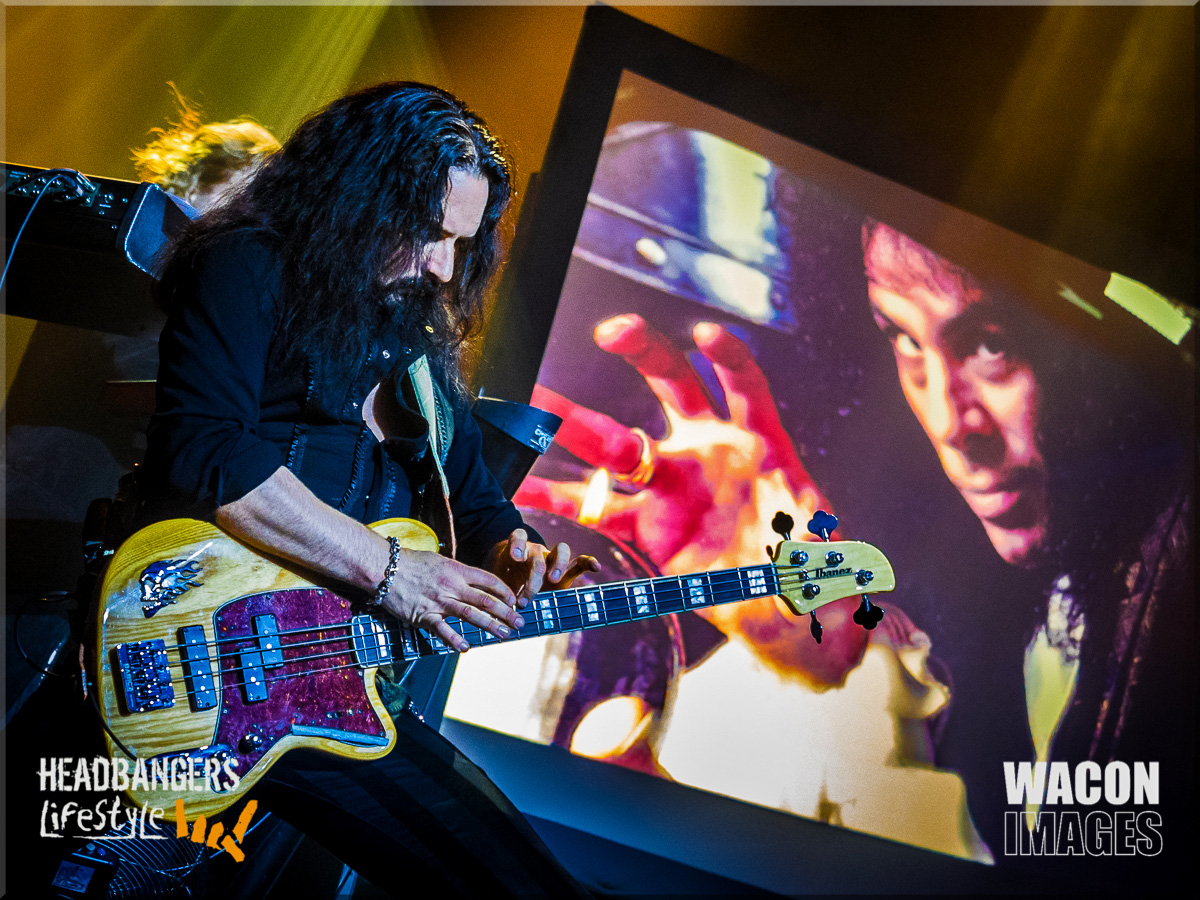 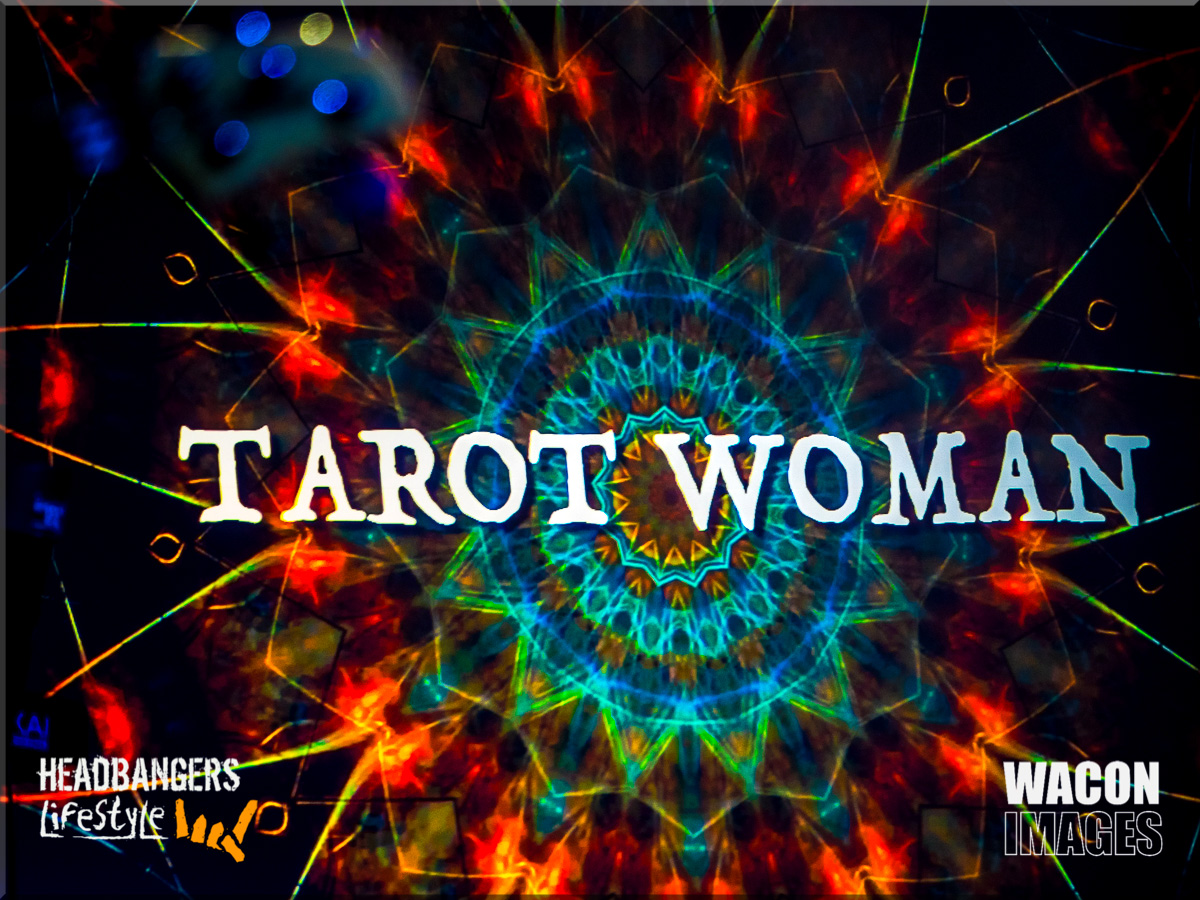 This concert was one big trip down memory lane, supported by old photo and video images, and all about the songs and a good performance and definitely not about partying and rock ‘n roll on stage. Many highlights of Ronnie James Dio’s career were served on a silver platter, though some partly in a medley. It also showed how timeless these songs still are and many of the crowd were happy to sing along: Black Sabbath’s ,,The Mob Rules’’, ,,I’’ and ,,Heaven And Hell’’, Rainbow’s ,,Stargazer’’, ,,Catch The Rainbow’’, ,,Man On A Silver Mountain’’ and ,,Tarot Woman’’, great classics that will never loose their magic. But also the Dio tracks ,,Straight Through The Heart’’, ,,Last In Line’’, ,,Holy Diver’’, ,,Rainbow In The Dark’’ were on tonight’s menu. Beside the frequent appearance of Ronnie James Dio during the show, the two singers, Oni Logan and Tim ‘Ripper’ Owens honoured the songs with impressive vocal performances. Owens also took a moment to explain the idea of this tour, which is being as friends of RJD on stage but most of all to please the fans. And that it was okay if fans didn’t want to be part of this, what mattered were the fans who showed up tonight. 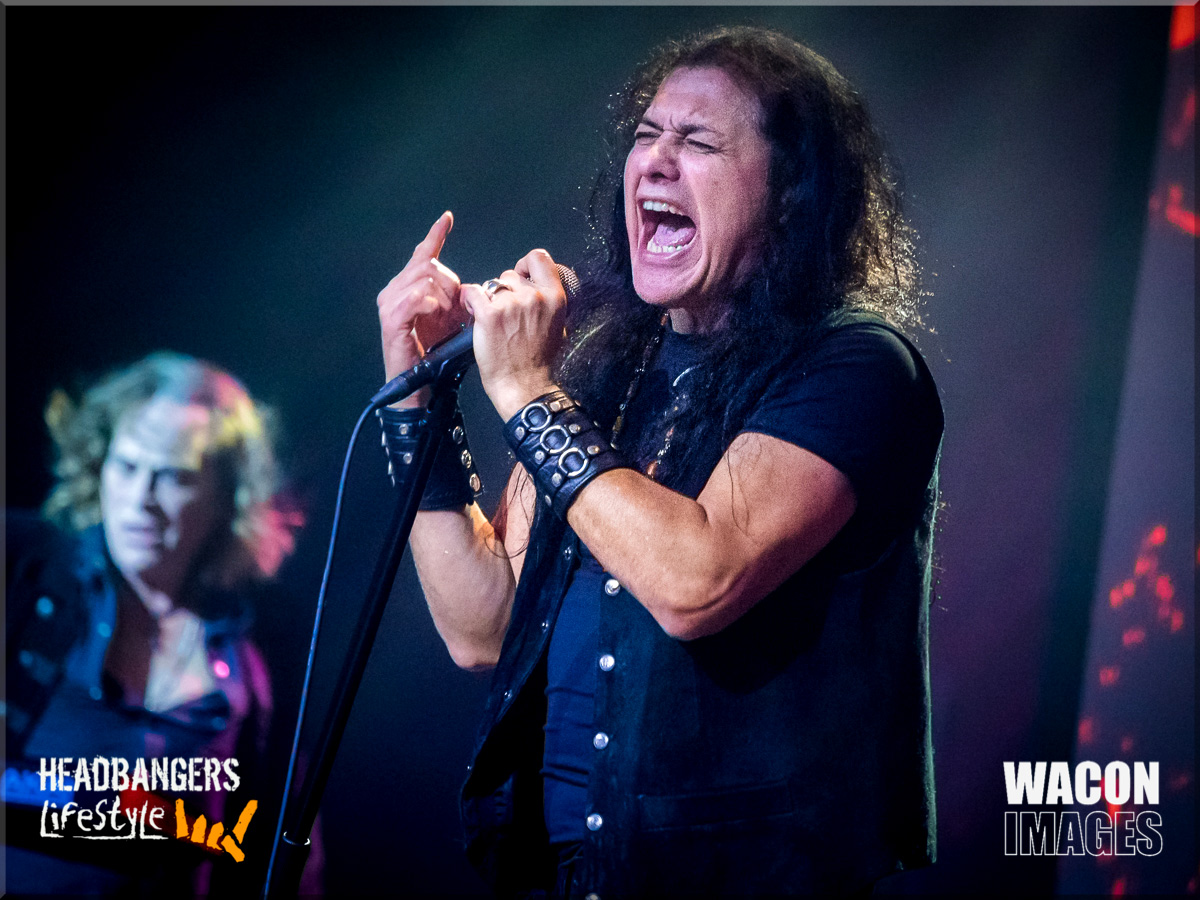 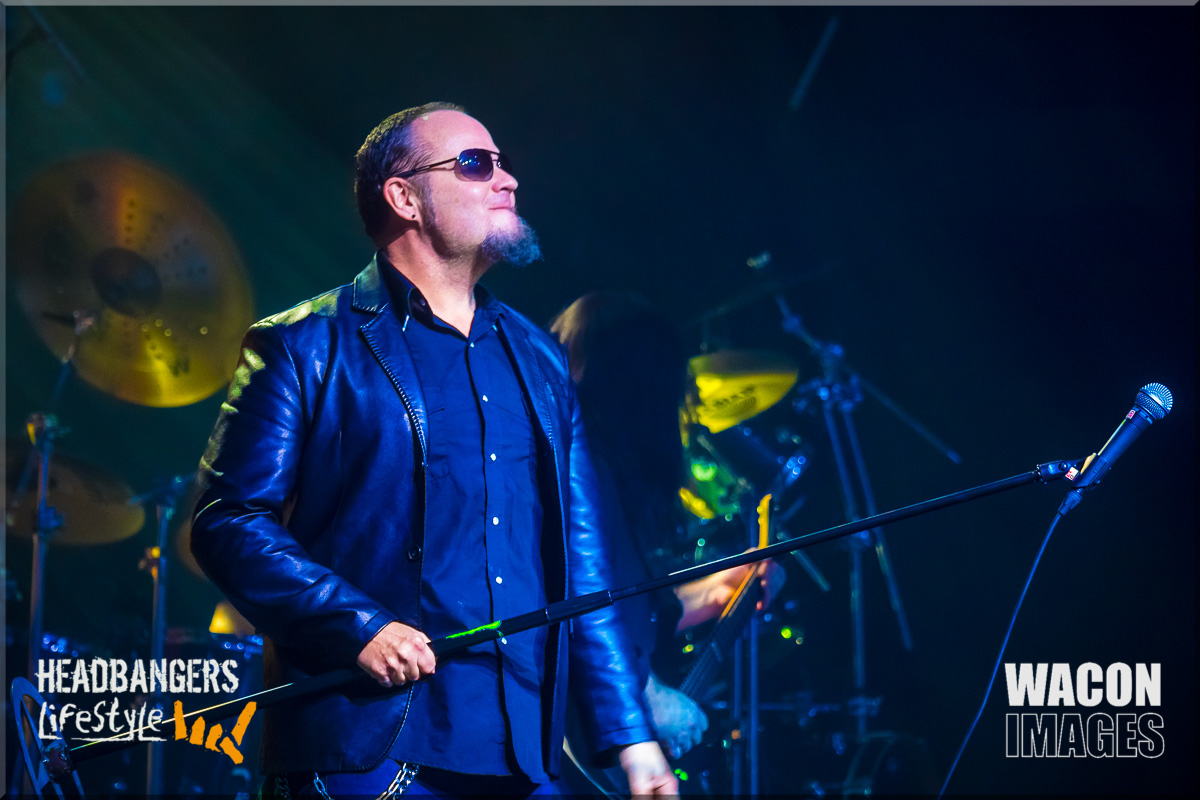 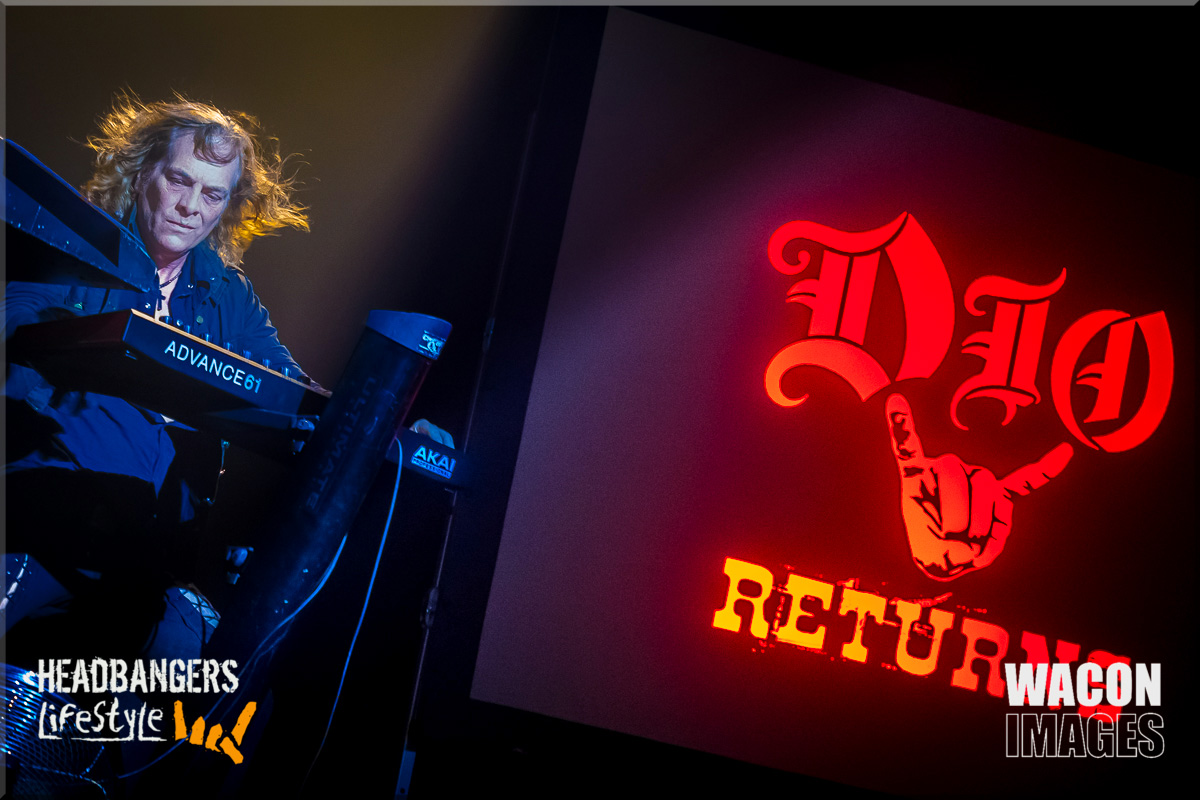 The evening was gone in a blink of an eye actually, maybe because the show lasted barely 80 minutes, or maybe because we got so caught up in all these great songs. The crowd wanted more but unfortunately there was no encore. An extra song would have been great though instead of the drum solo, the keyboard intermezzo and the short bass and guitar solo. Although Craig Goldy proved still to be a hell of a guitarist during the entire show. Ronnie James Dio concluded the gig with `thank you’, after which the band took a bow. Soon after Craig and Simon mingled with the audience to thank fans personally for coming to the show. 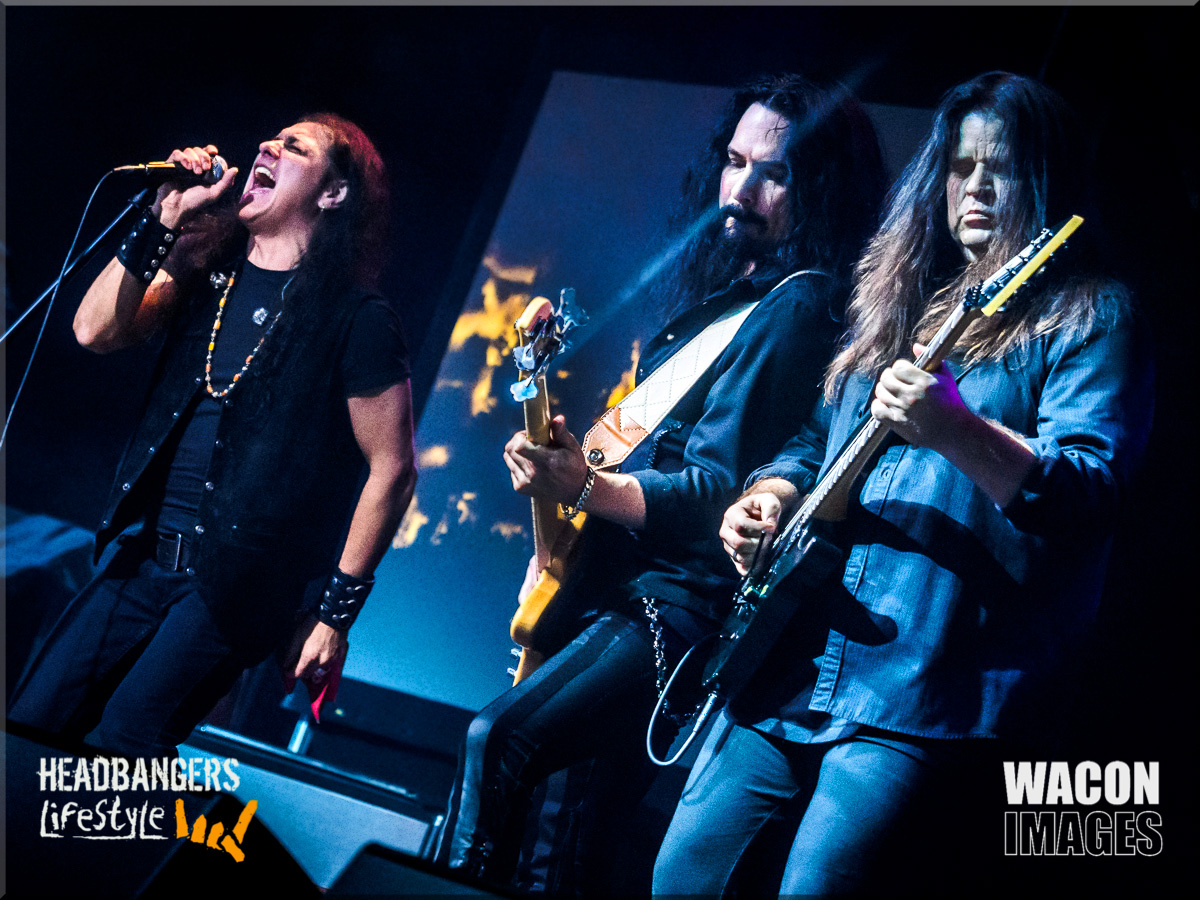 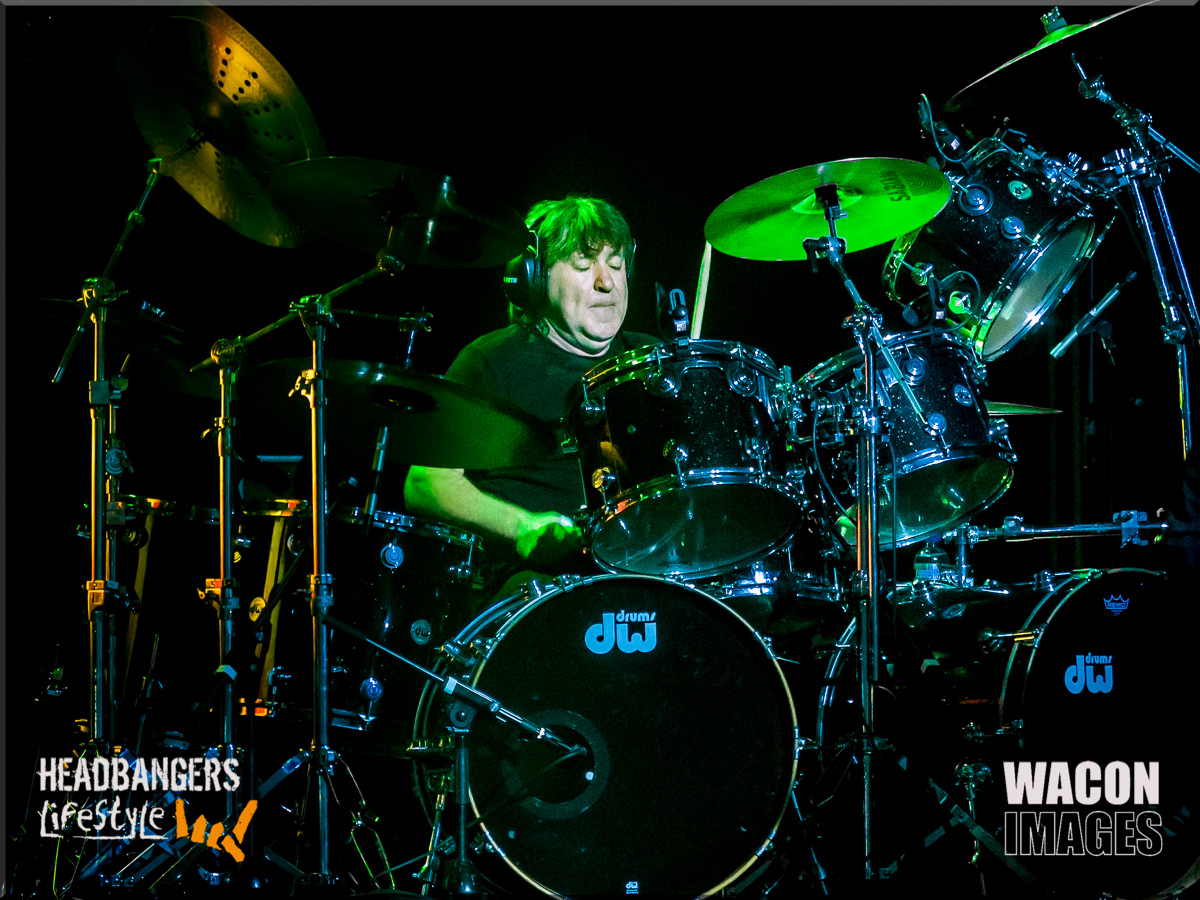 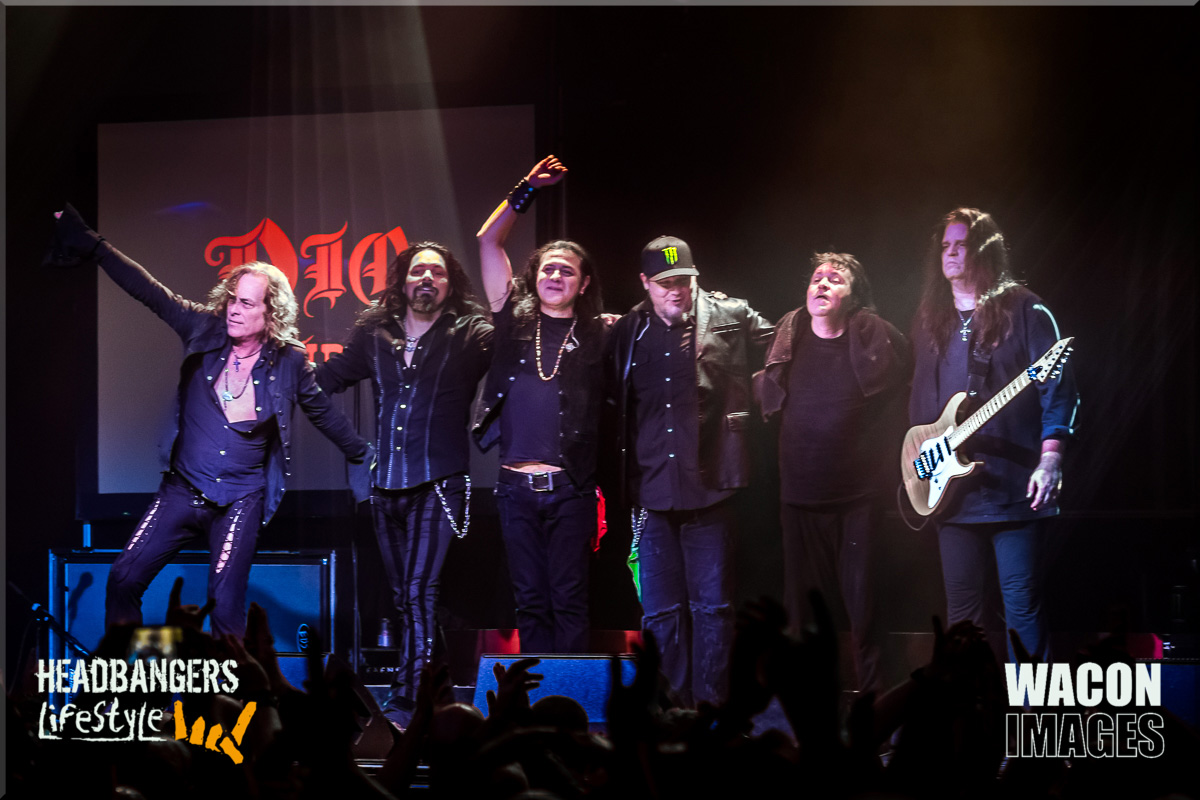 A hologram can definitely never replace a real person, but I think it is really cool that this technology is available to push the envelope of a concert. Hologram Roy Orbison will go on tour soon, and I am sure many more will follow in the future.
—
All photos by Ronald Den Dekker of WACON-Images