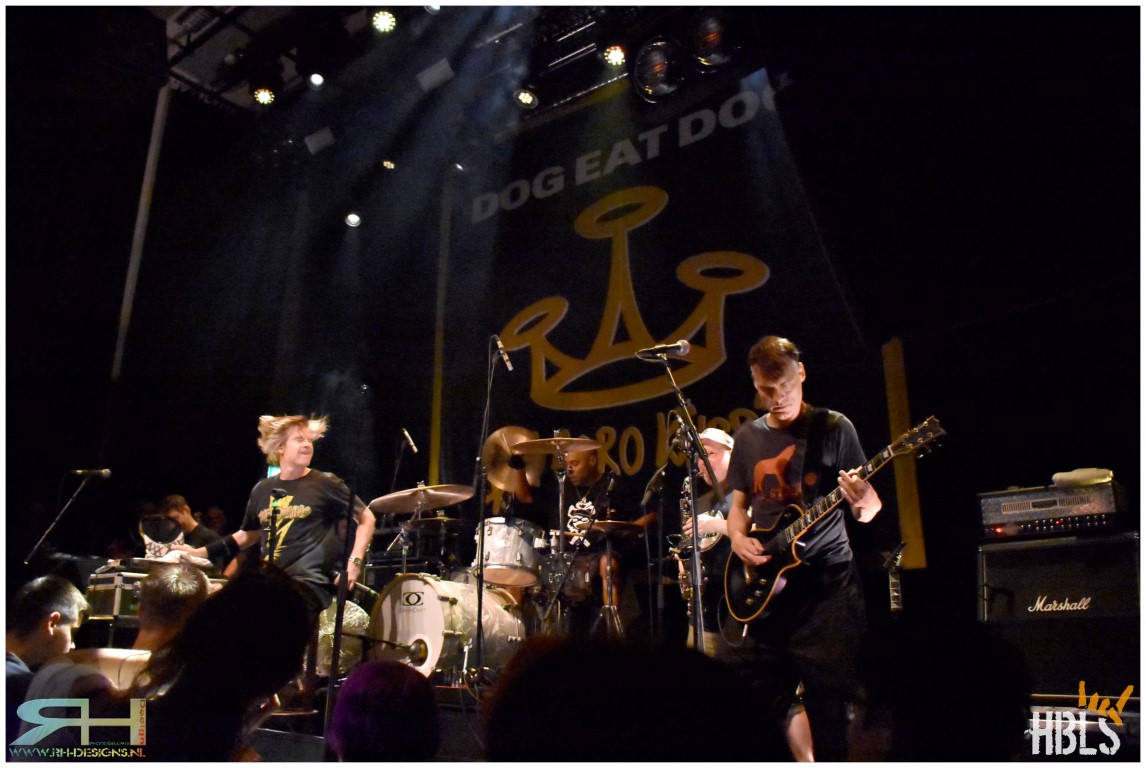 Dog Eat Dog is currently on tour to celebrate the 25th anniversary of their ‘All Boro Kings’ album. On October 12th they played at the Nieuwe Nor club in Heerlen [NL]. Because the show on the 12th did sell out in no time, the band and club added an extra afternoon one the next day which was the one Raymond Helebrand of DH-Design went to see for HeadBangers LifeStyle. As this would also mark the end of the tour, there might be some surprises.

The first surprise was the fact that when I enter the club around 14.00PM, there is absolutely no one to be found inside other than the bar personnel, but luckily for opening act Fights And Fires the first people start to come in just before the band starts.


This UK based Rock and Roll/Punk Hardcore band plays a 30 minute set. The sound and light are good, but to me there is not much about this band that really stands out. The band enjoys the set and as expected, the first band prank is a fact when Dog Eat Dog bassist Dave Neabore entered the stage. 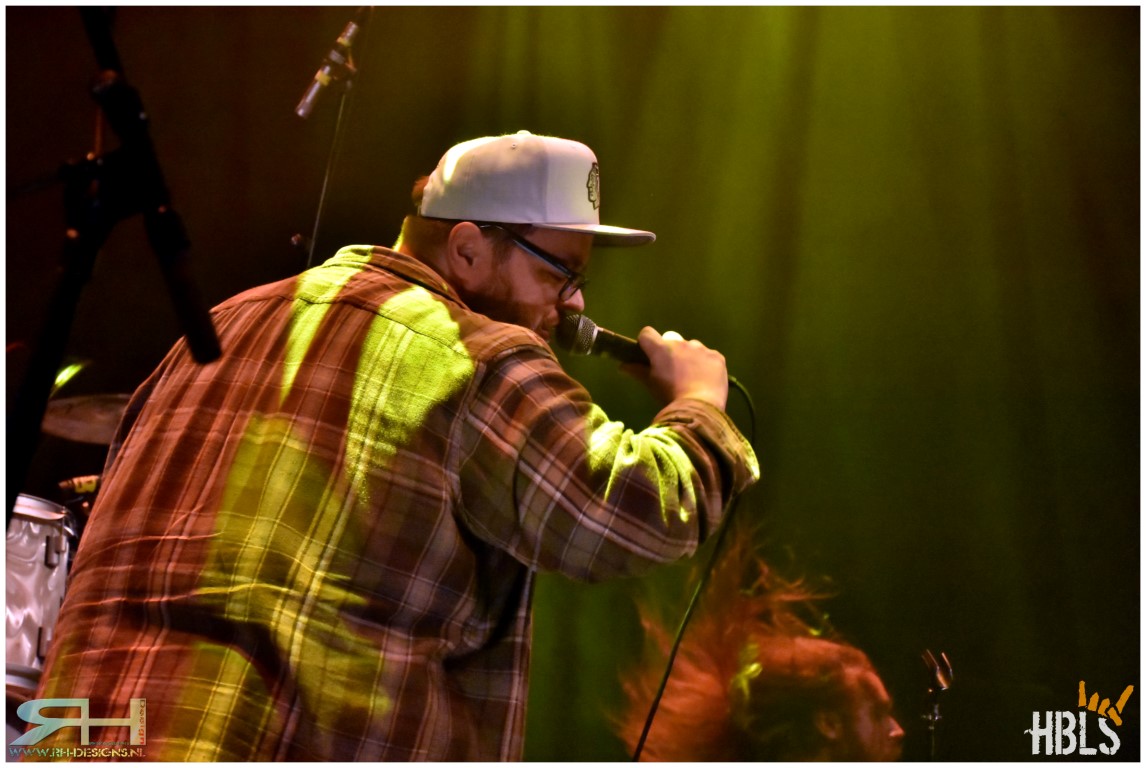 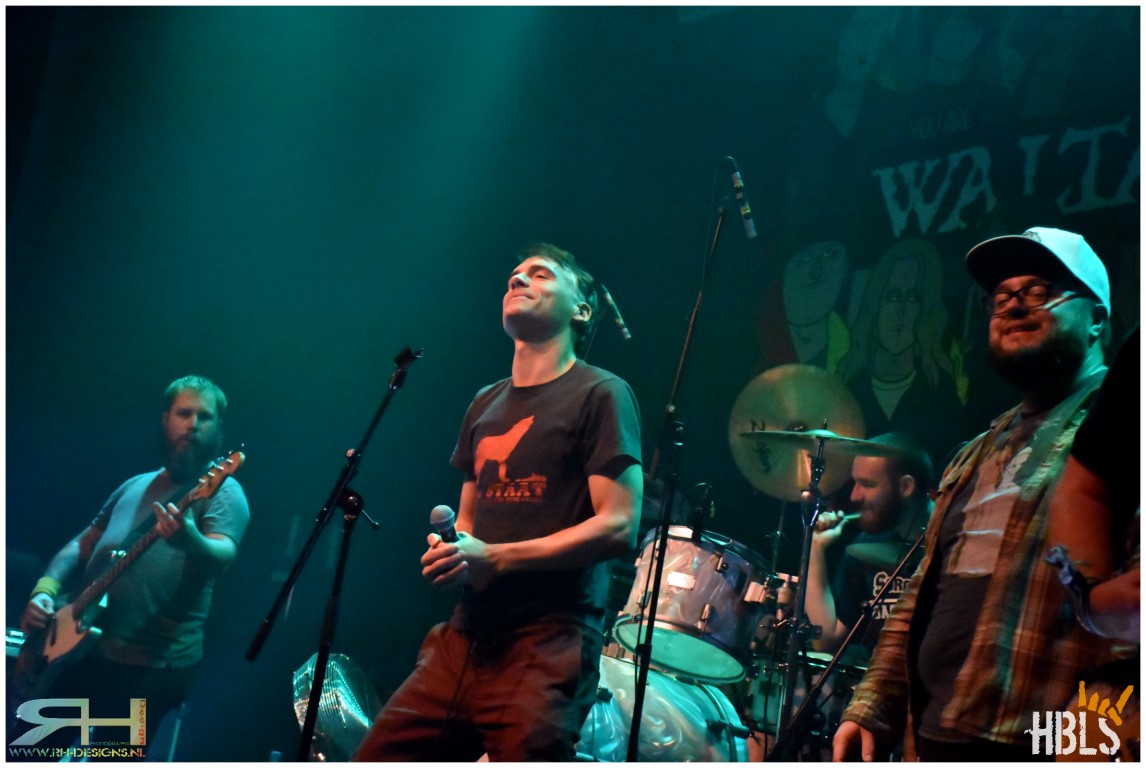 FIGHTS AND FIRES
More and more people start to come in the club and after a 30 minute change over it is time for Finnish outfit Waltari. This band, around since 1986 and formed around lead singer/bassist Kärtsy Hatakka, is quite the surprise to me. If you are someone who likes to check boxes, you would have to check many of them with Waltari, because in the 45 minute setlist, there are so many musical styles that come by, that I lose track. I hear a mix of rock, metal, industrial, progressive, death metal, pop, hip hop, techno and the list goes on and on. If you like to be surprised and hear a band that thinks ‘OUT OF THE BOX’, Waltari is the one for you.
Don’t get me wrong, the band is as tight as a band can be. Their performance is solid as hell.

During the end of their gig the Dog Eat Dog guys come out on stage again with apples/candies etc. This underlines the good vibes this tour brought the bands. 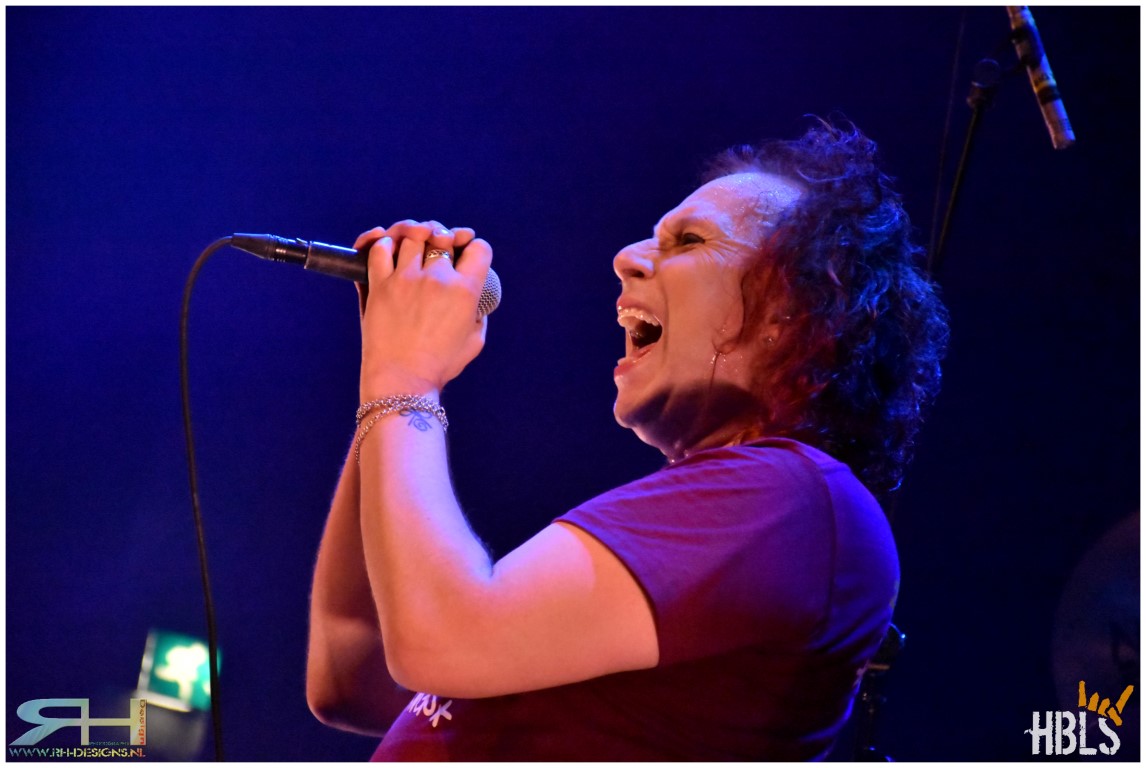 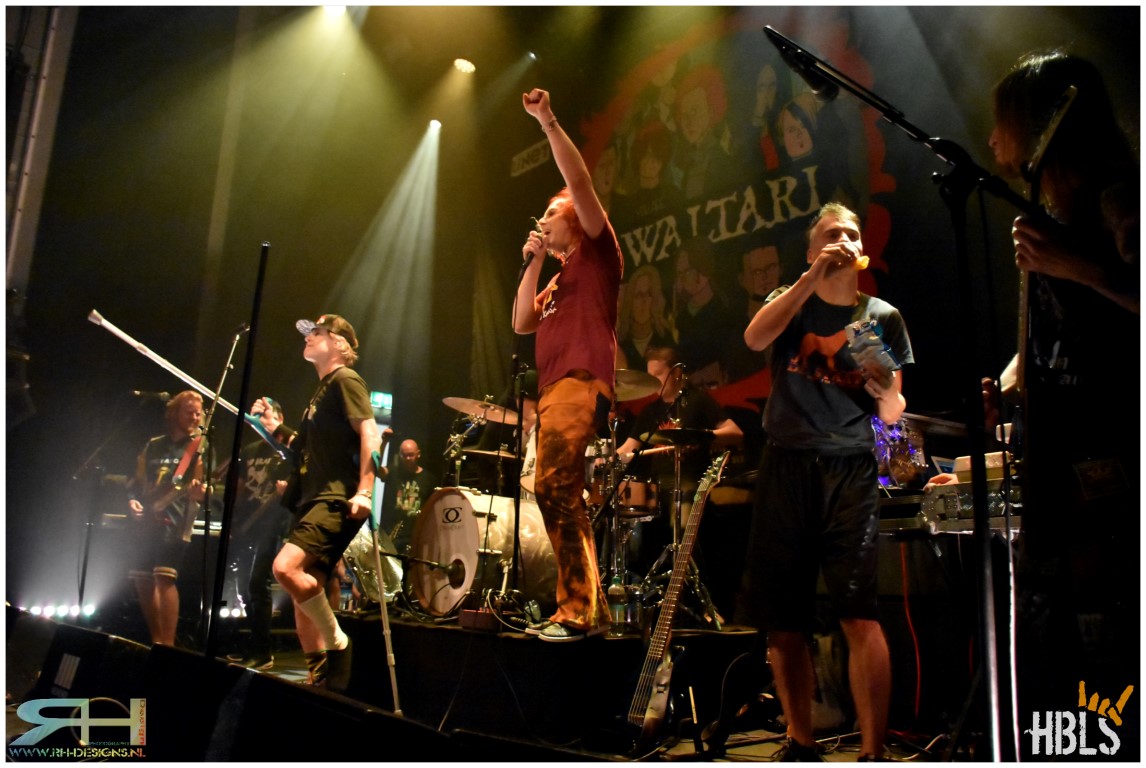 WALTARI
By the time Dog Eat Dog are about to take the stage, the club is filled with fans. Lead vocalist John Connor has to sit down during the gig because of a leg injury, but other than that, he is full of energy to guide us through this show.
Because the band thought it would be nice, for the people who also attended the Saturday night gig, to throw in some other songs, the set list is different than the Saturday night list, but no worries, there were enough songs from the ‘All Boro Kings’ album left. Like ,,If These Are Good Times’’, ,,No Fronts’’, ,,Who’s The King’’ and ,,In The Dog House’’.

The band is in an upper best, relaxed mood today, as they can look back (quote) on a successful tour. Today they throw in some new (yet unreleased) songs, they play Dog Eat Dog reggae style with ,,Lumpy Dog’’ and ,,Rocky’’ [1996] with bassist Neabore wearing a Rocky bathrobe. They even pull a classic like ,,More Beer’’ from a very dusty shelf. In between the songs the opening acts enter the stage either to prank the band a bit, or to join in on the songs, as do the tour manager who performs 2 songs with the band. 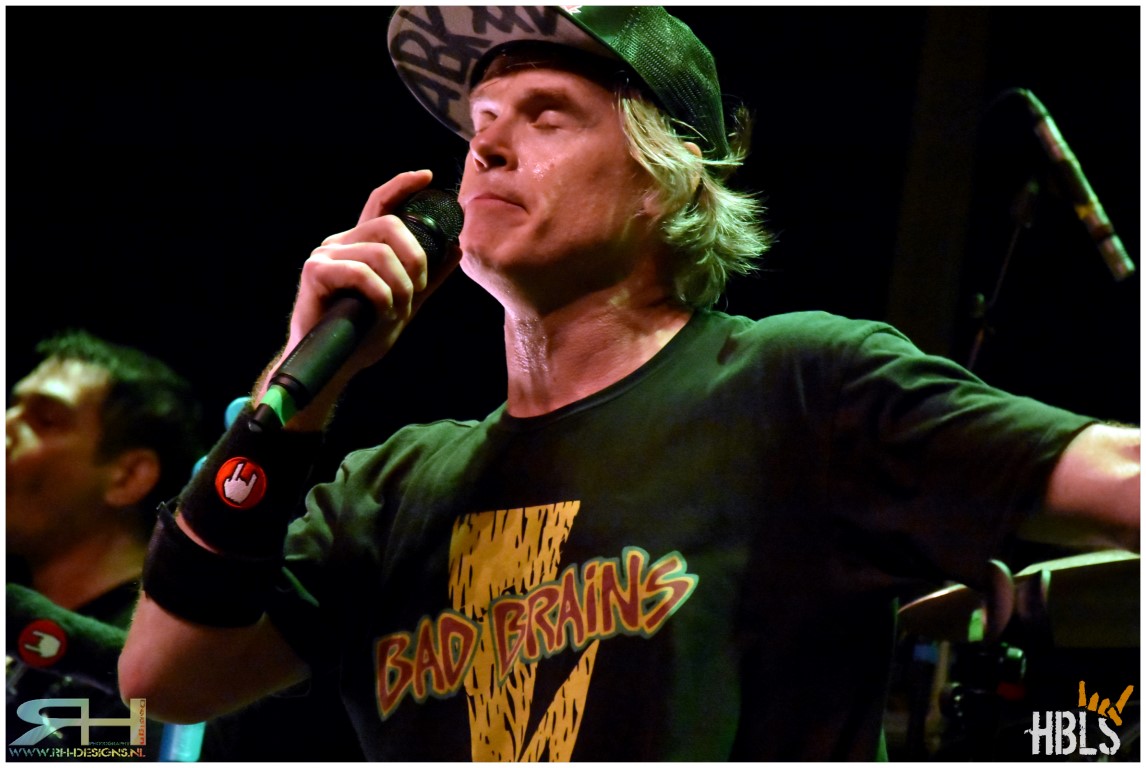 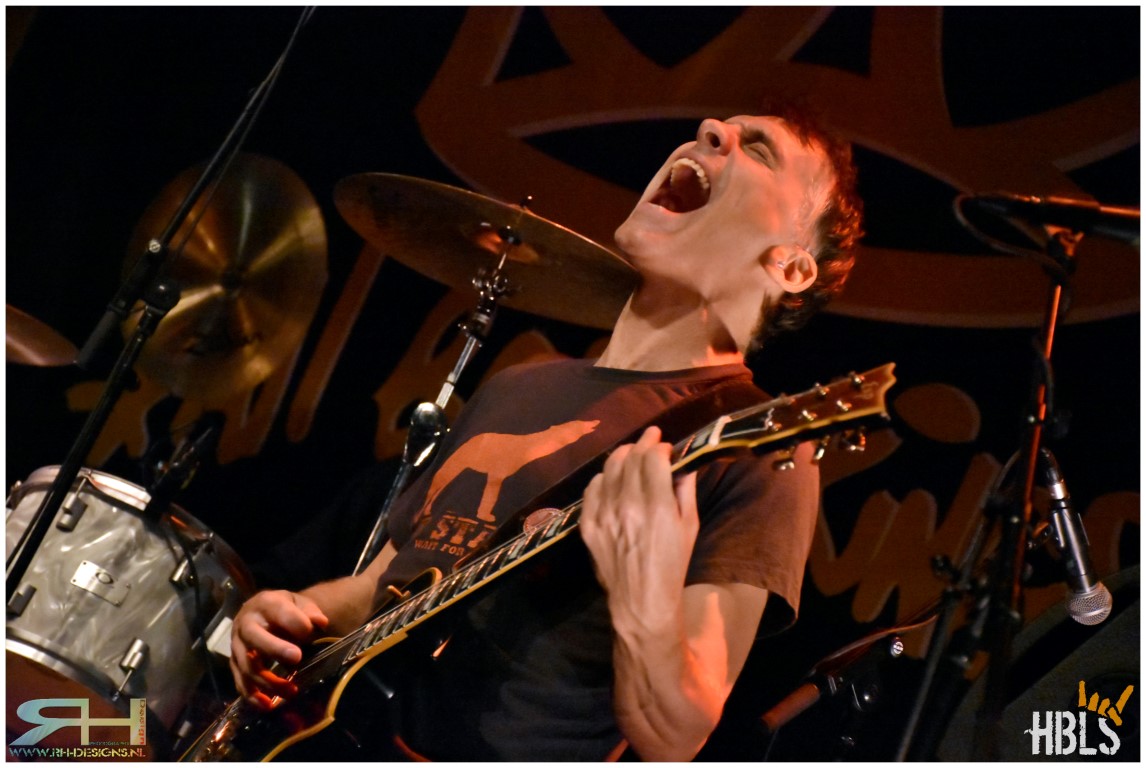 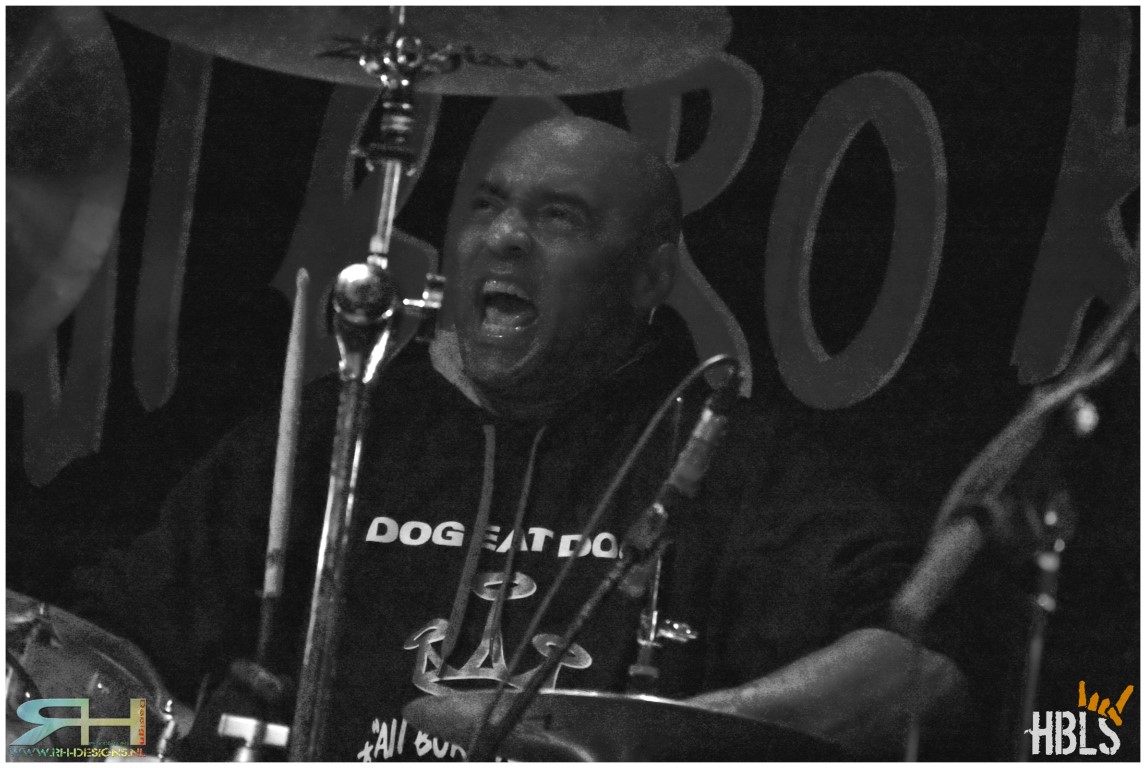 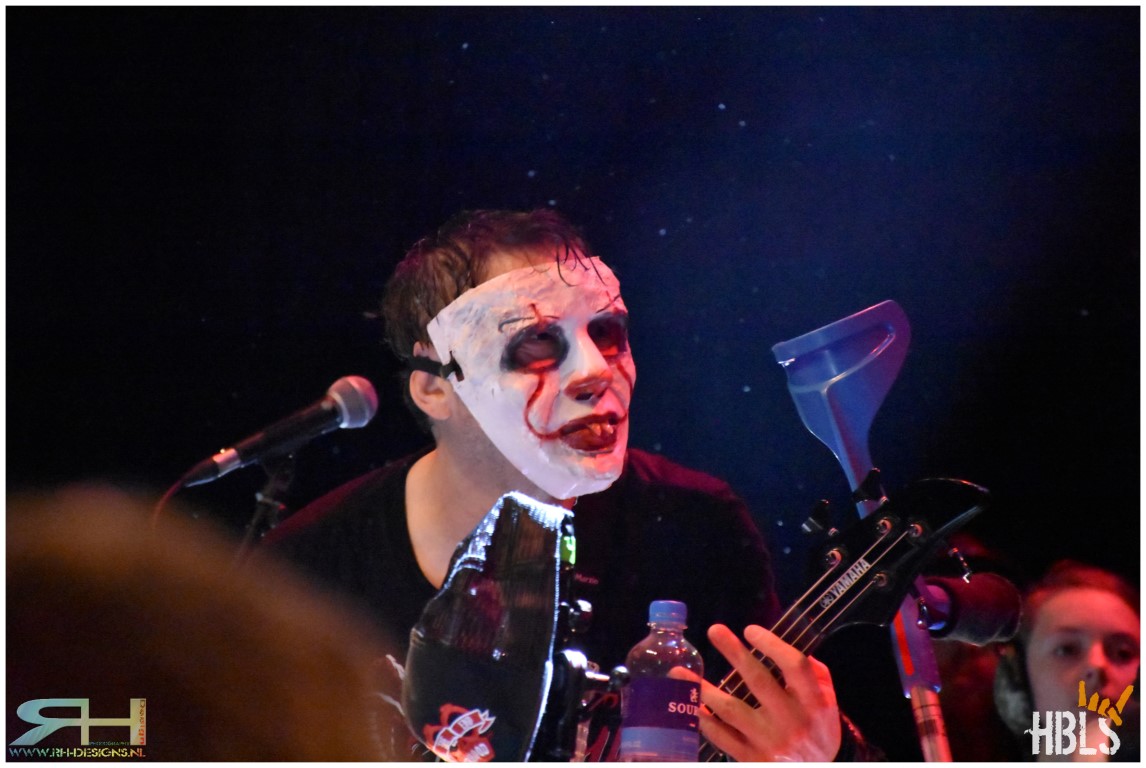 This afternoon is a celebration of music from a band that is around for almost 30 years and to me they still make a very vital impression. Drummer Brandon Finley, guitarist Roger Haemmerli and the earlier mentioned bassist Dave Neabore and lead singer John Connor are a solid Hardcore/Funk/Rap-Metal band that knows how to rock a club. With the help of the, to me, unknown saxophonist (sorry I did not catch your name). 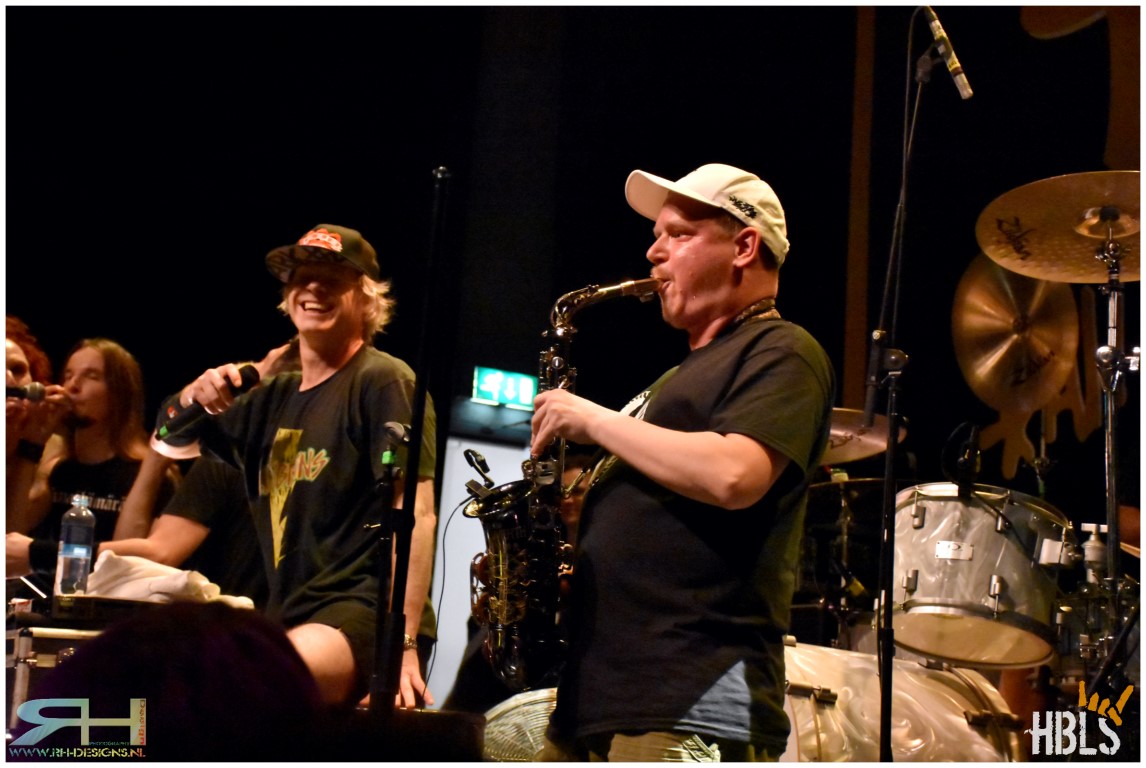 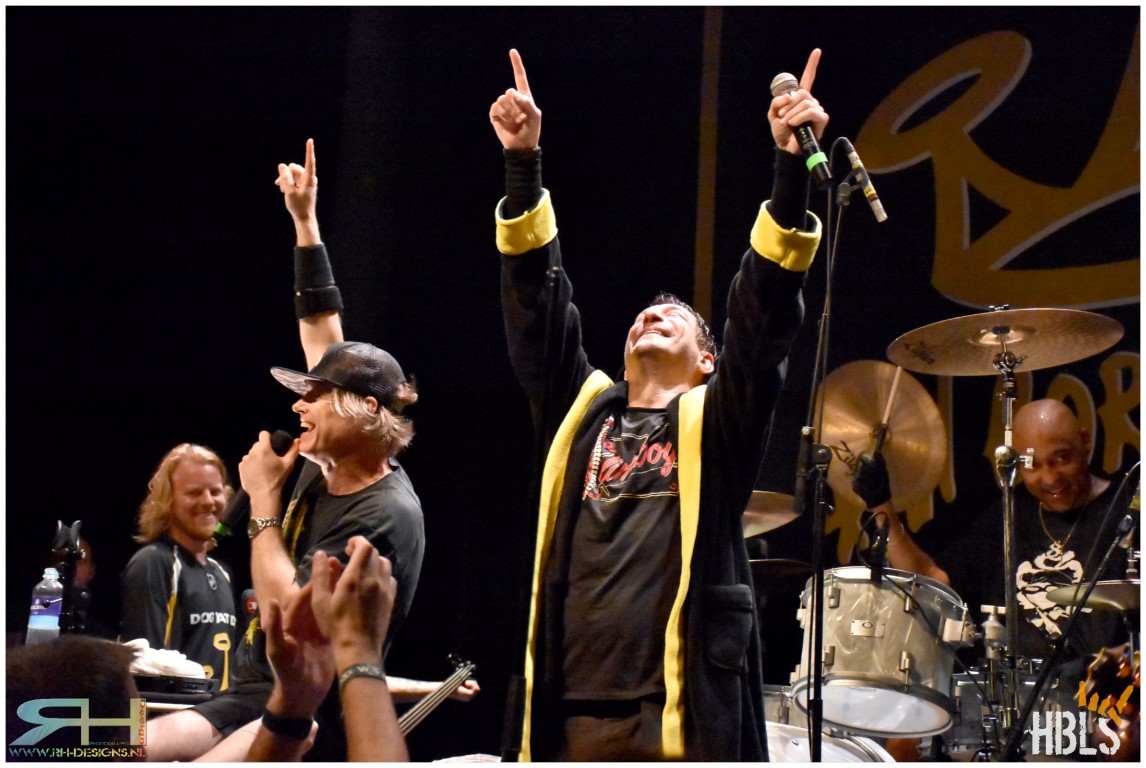