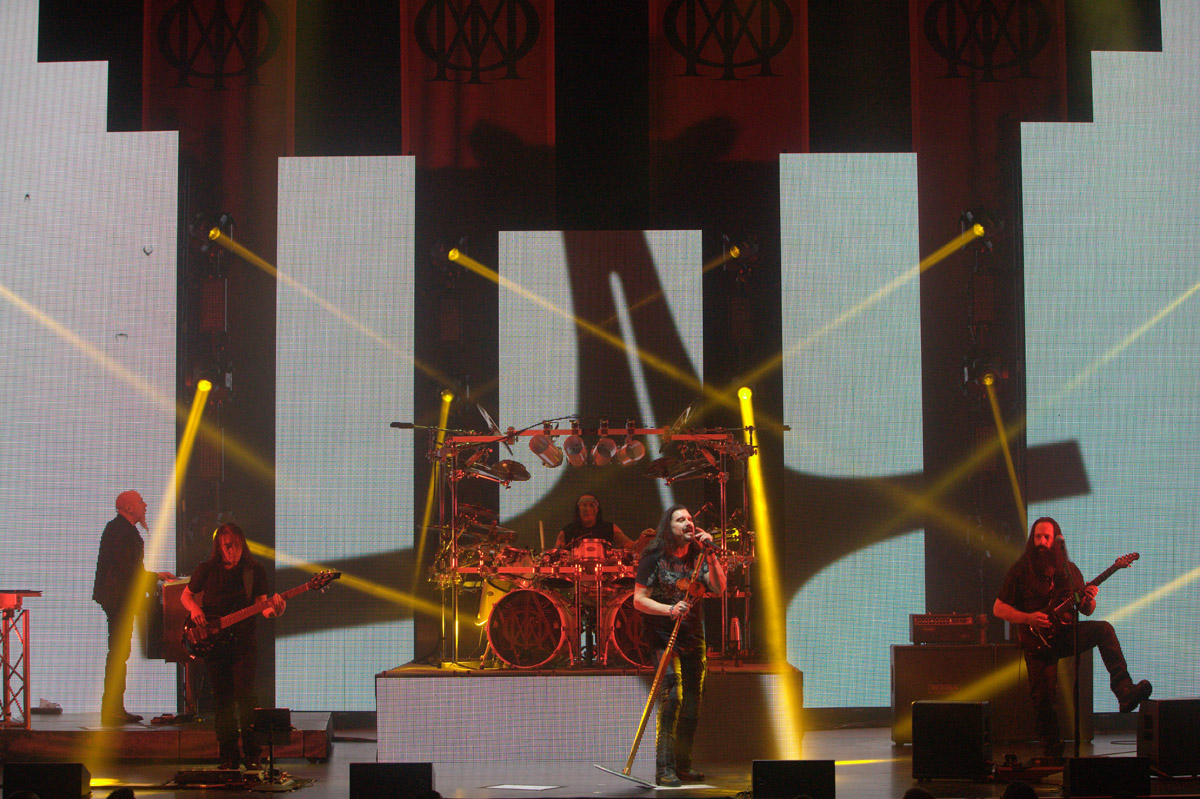 The occasion is special: they will play their latest double album ‘The Astonishing’ from start to finish. I am at the second show, the one on Tuesday, and entering the venue is surreal. Carpet on the floor everywhere, sculpted heads of famous Dutch artists in the hallway and nice seats, one is careful not to break anything. Before the show starts the audience is warned not to photograph or record anything and is told that after a first warning you would be escorted out the door if you are caught again. I haven’t seen that happen. 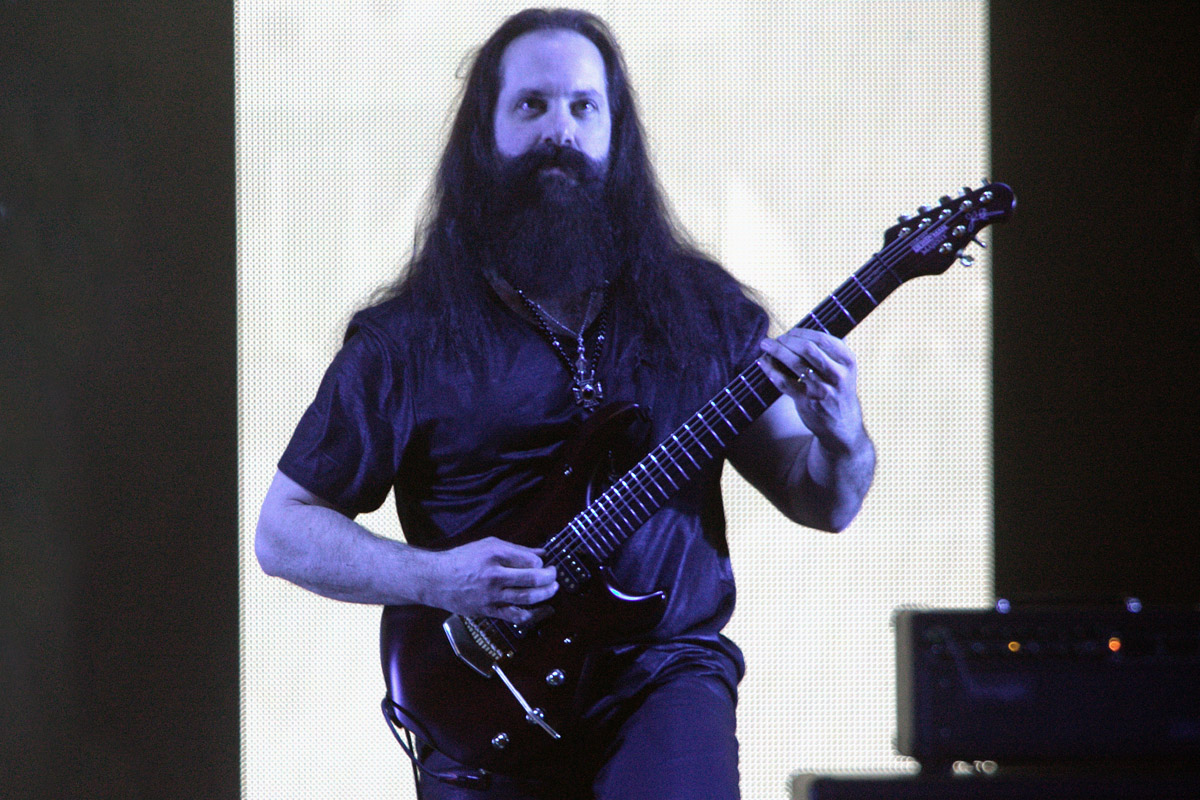 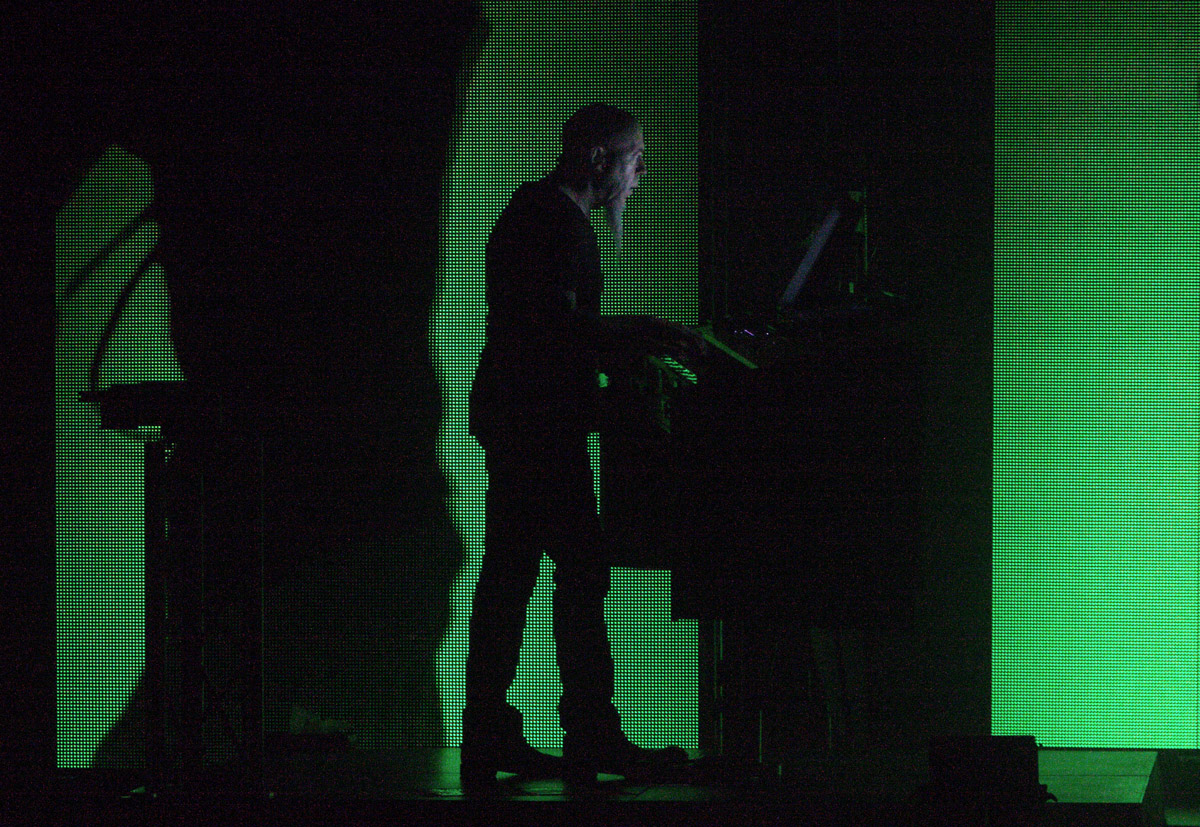 Jordan Rudess, the man and his keyboard  (Photo by Bert Treep)

Reviewing this show in a way is reviewing the album and that is something we already did here, so I limit myself to an impression. Koninklijk Theater Carré is not a large venue (capacity: 1756) but it breathes class and history. One doesn’t expect a rock band playing here but this week Dream Theater does, three days in a row. Today the show starts a little over eight pm with the intro tape, the stage is set with different led screens, even in front of Mike Mangini’s drum riser, on which we can see parts of the story and special light effects. The first part of the set lasts almost 90 minutes, followed by a break and the second part of the set, or the second cd if you want. The sound is fantastic and the musicianship goes without saying. All members are fully concentrated, and they have to be, because with the orchestra, choirs and the occasional vocals coming from tape, nobody wants to mess it up. With musicians walking off and on stage it’s a bit distractive at times and interaction with the audience is minimal as well. With a brand-new double album that people are not that familiar with yet, the audience sitting down and no classics everyone knows by heart in the set, it is hard work. Do they manage? Yes they do, between songs the fans are applauding and towards the end people are carefully standing up. Singing along, as singer James LaBrie asks a few times, is still a bit difficult, the songs are just too new. Talking of LaBrie; the last few shows I saw were not exactly the best he did, and I am using an understatement here. 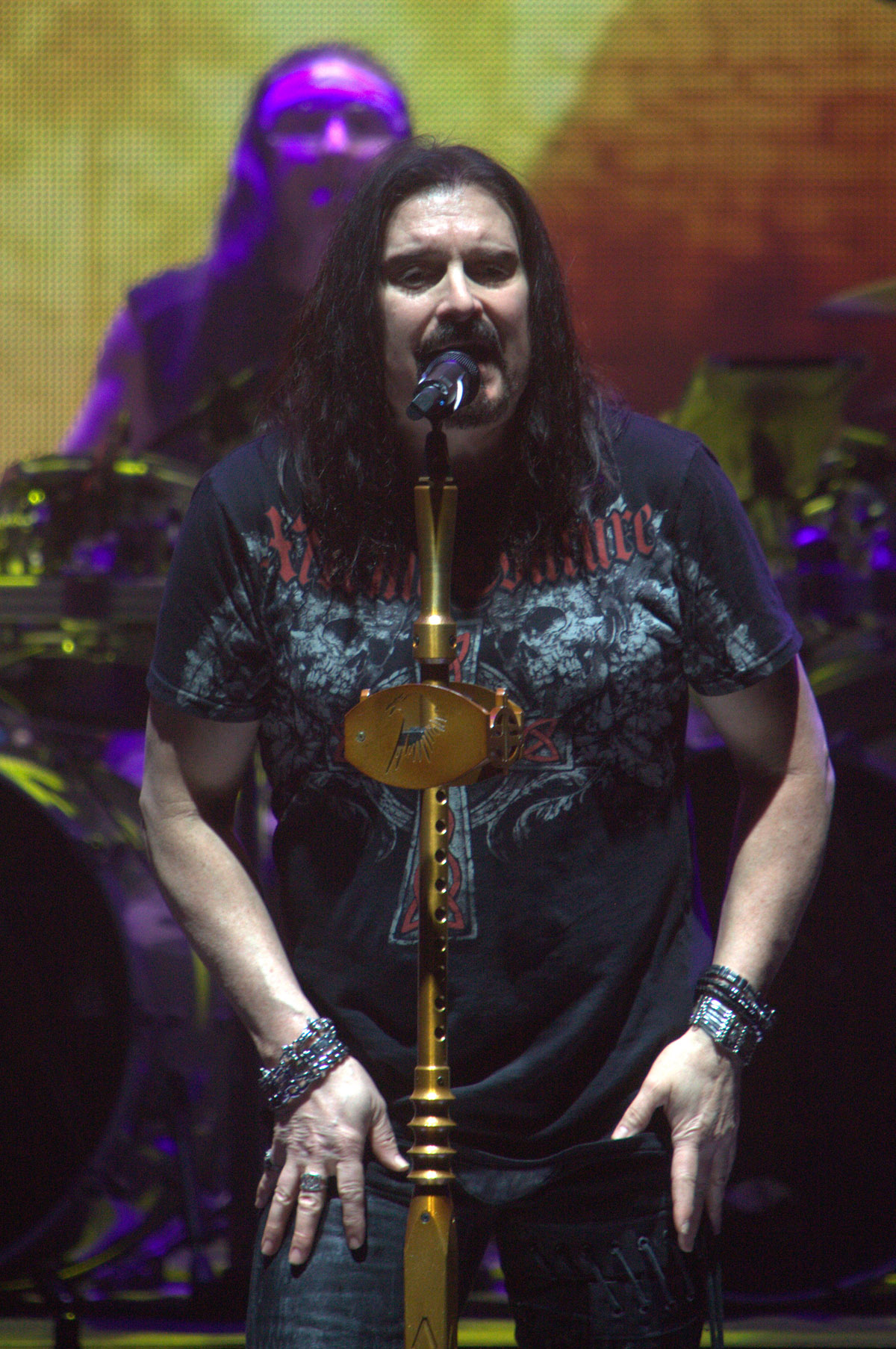 James LaBrie, good and with confidence  (Photo by Bert Treep)

Tonight his overall performance is good and with confidence. The high notes are a bit harder to get but that is a thing many ‘older’ singers have to battle with. The rhythm section with drummer Mike Mangini and bassist John Myung is solid as a rock, keyboardist Jordan Rudess has many moments in the spotlight and John Petrucci is besides a great guitarist, nowadays also the undisputed leader of Dream Theater. After the show I have the chance to meet up with the band and the overall consensus is that they had a great time. Asked if playing three shows in a row makes life easier for a band Myung agrees saying you don’t have to build the stage every night meaning the sound is perfectly set. 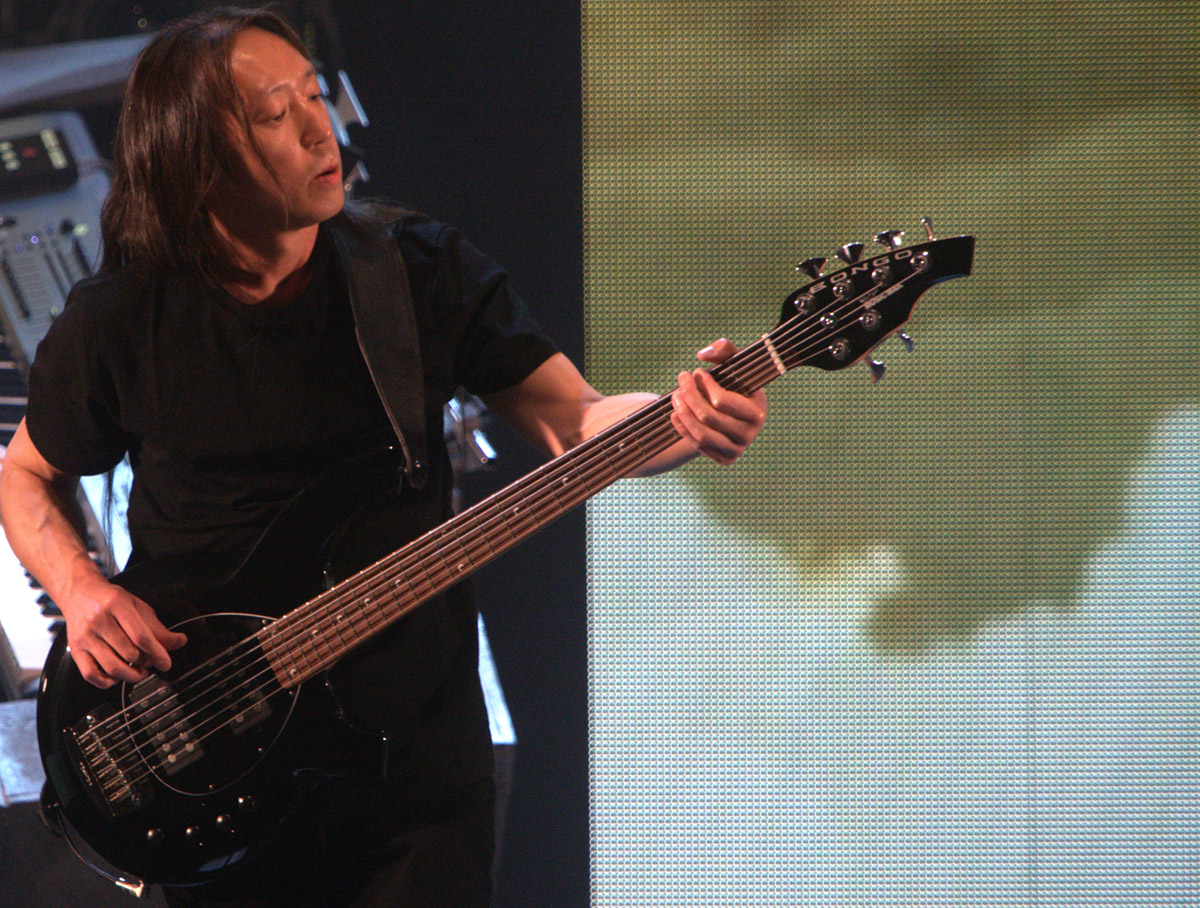 Playing a double concept album requires you to stay focused at all times as Rudess and Myung affirm. Petrucci sees it as a challenge and is happy it works out the way it does. Amsterdam is at the beginning of the tour and as Myung states the longer they are out on the road the smoother everything will go. If you are a Dream Theater fan you won’t be disappointed, if you are a music fan in general there is also enough to enjoy. All in all ‘The Astonishing’ is a pretty ambitious album with an even as ambitious live performance but Dream Theater did a great job this Tuesday evening at the Royal Theater.