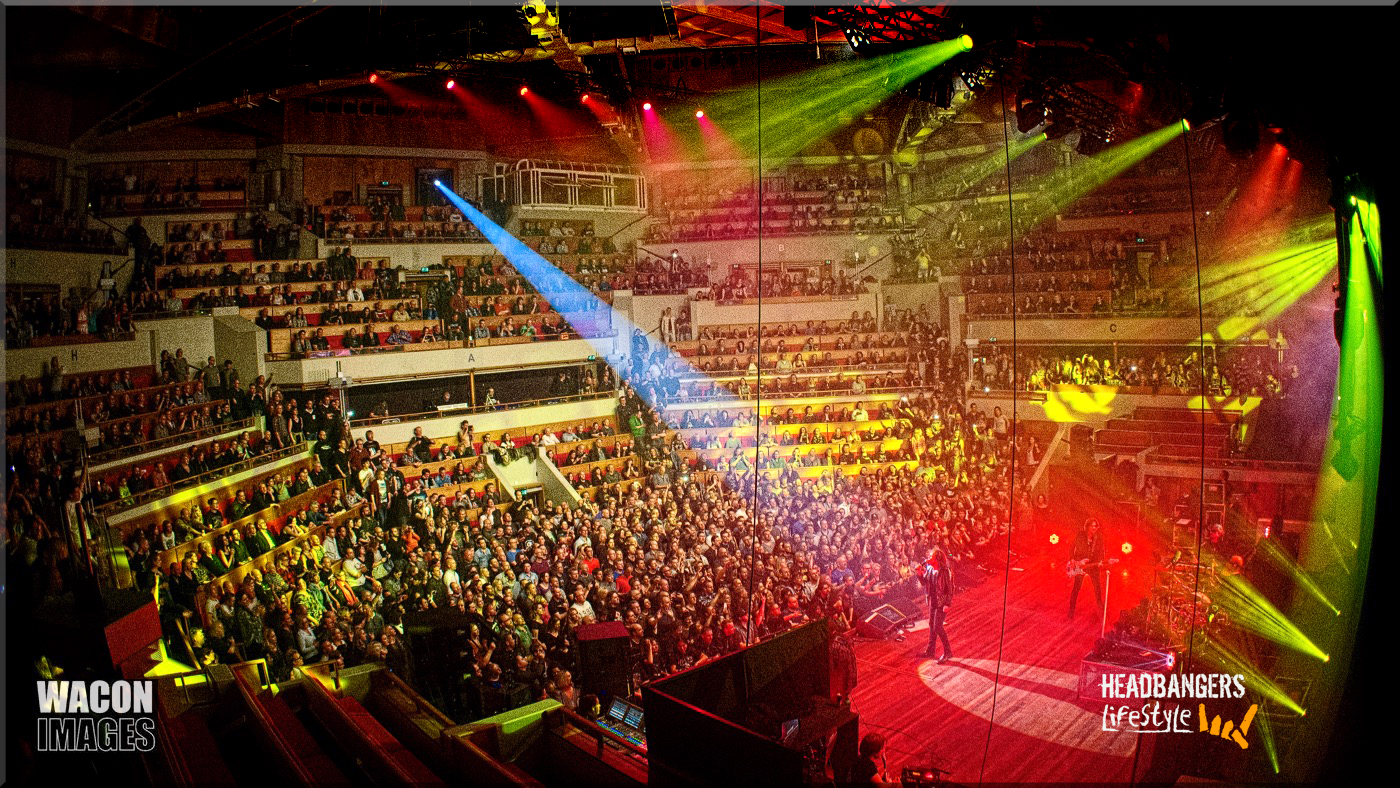 The youngsters of Tax The Heat, hailing from Bristol (England), are fortuned to serve as the openings act for Swedish rock band Europe for the second time. And since Europe will play their most successful album `The Final Countdown’ in its entirely, this tour must definitely be important to them when it comes to promotion and media attention. 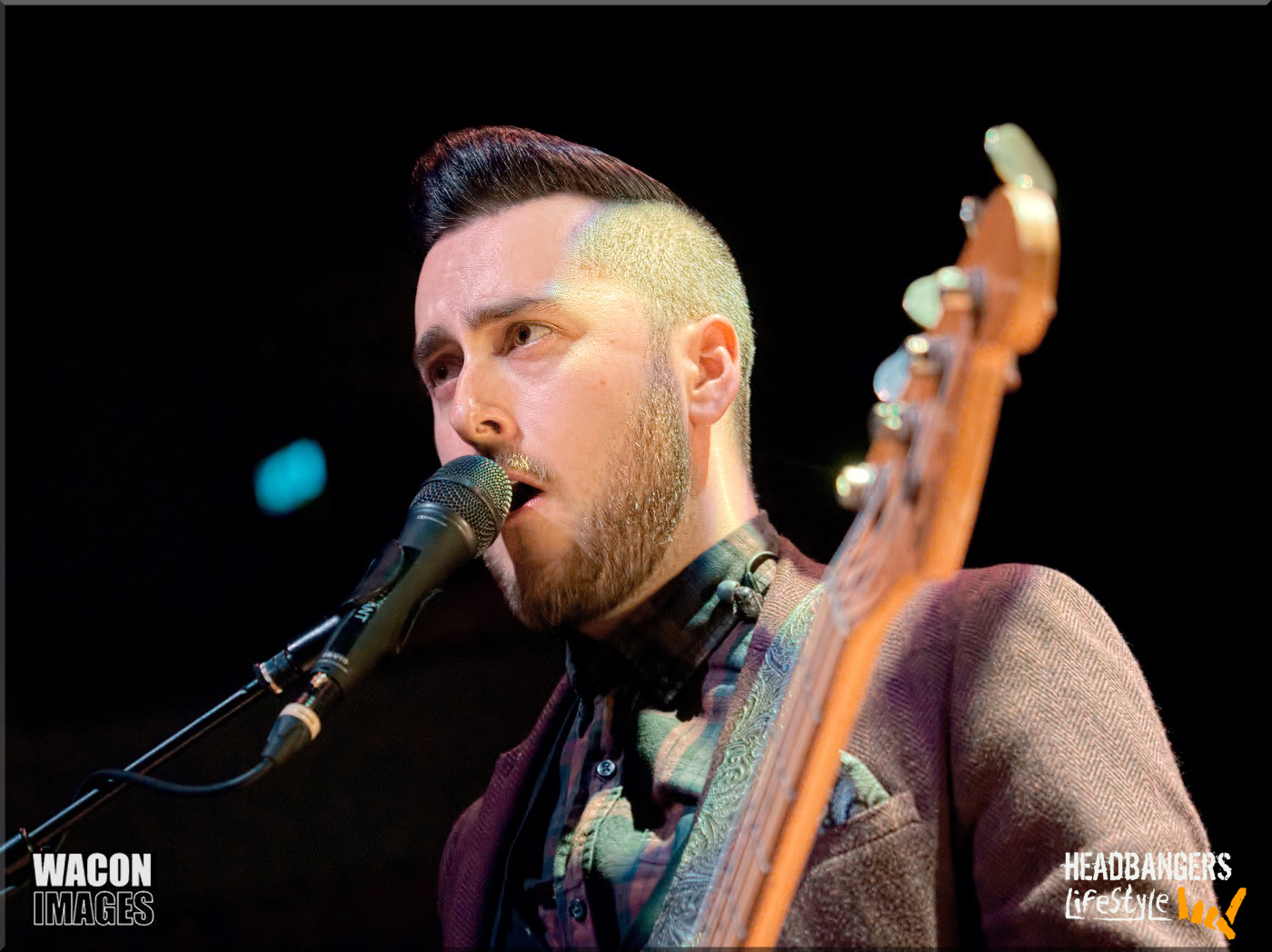 Tonight Europe’s protégées are facing a packed venue (not sold out though) and this sharp dressed foursome manages to convince the present audience easily during their 40 minutes set. The famous Twisted Sister statement: `I know it’s only rock ‘n roll, but I like it’ is very true in this case, because Tax The Heat plays good sounding, straight forward and uncomplicated rock ‘n roll, that is heavily influenced by the vibrant sound of the sixties, The Who, The Kings and The Yardbirds, topped with a huge dose of blues and an alternative, sometimes psychedelic flair. The audience doesn’t hold back and shows appreciation by singing along with the `oehoes’ and `uohoos’ and putting their hands together many times. Singer, guitarist Alex Veale almost can’t believe the positive vibe among the crowd: ‘’It is a Monday and you make so much noise? I heard Mondays were bad, so thank you!!!’’ 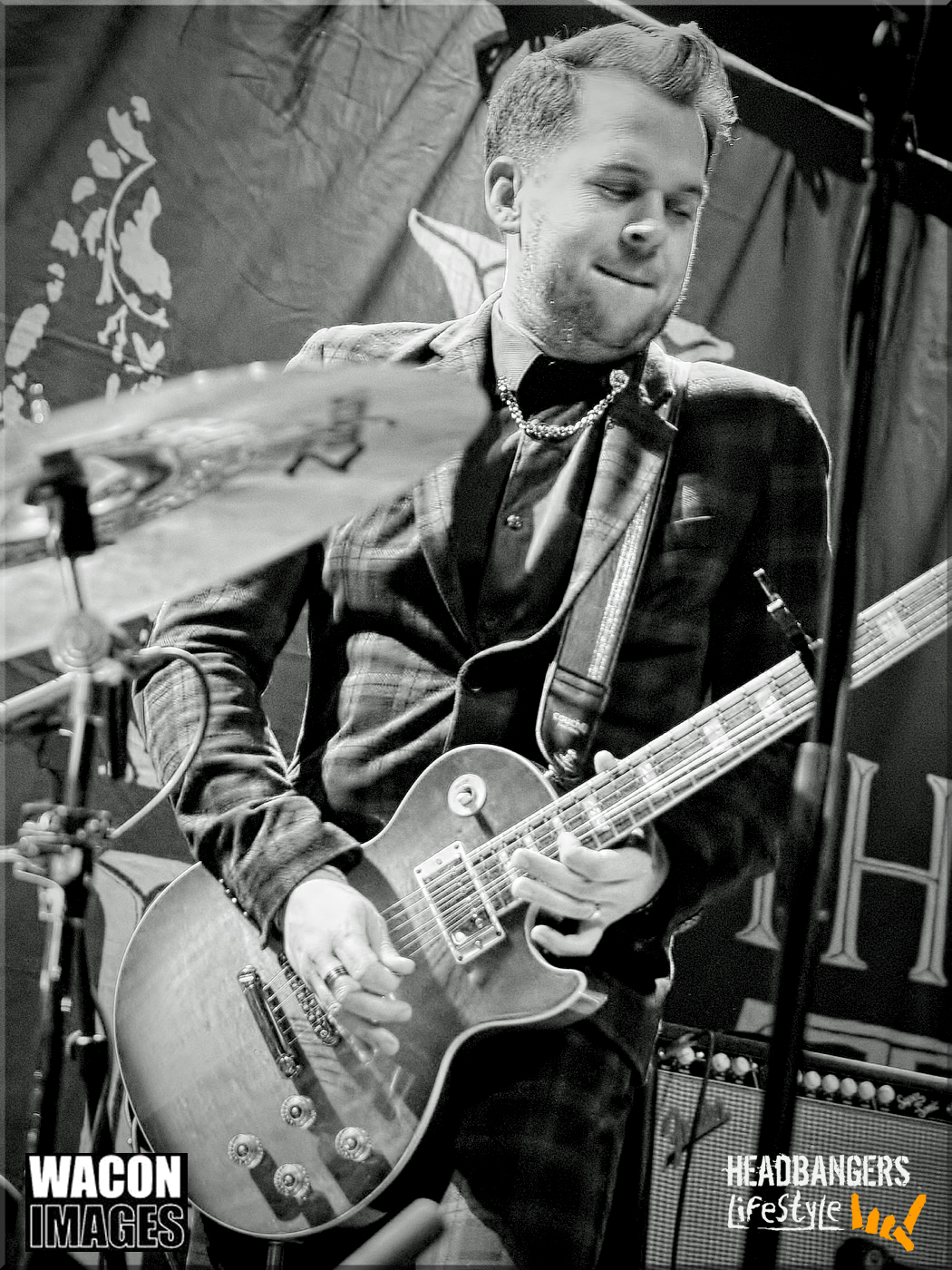 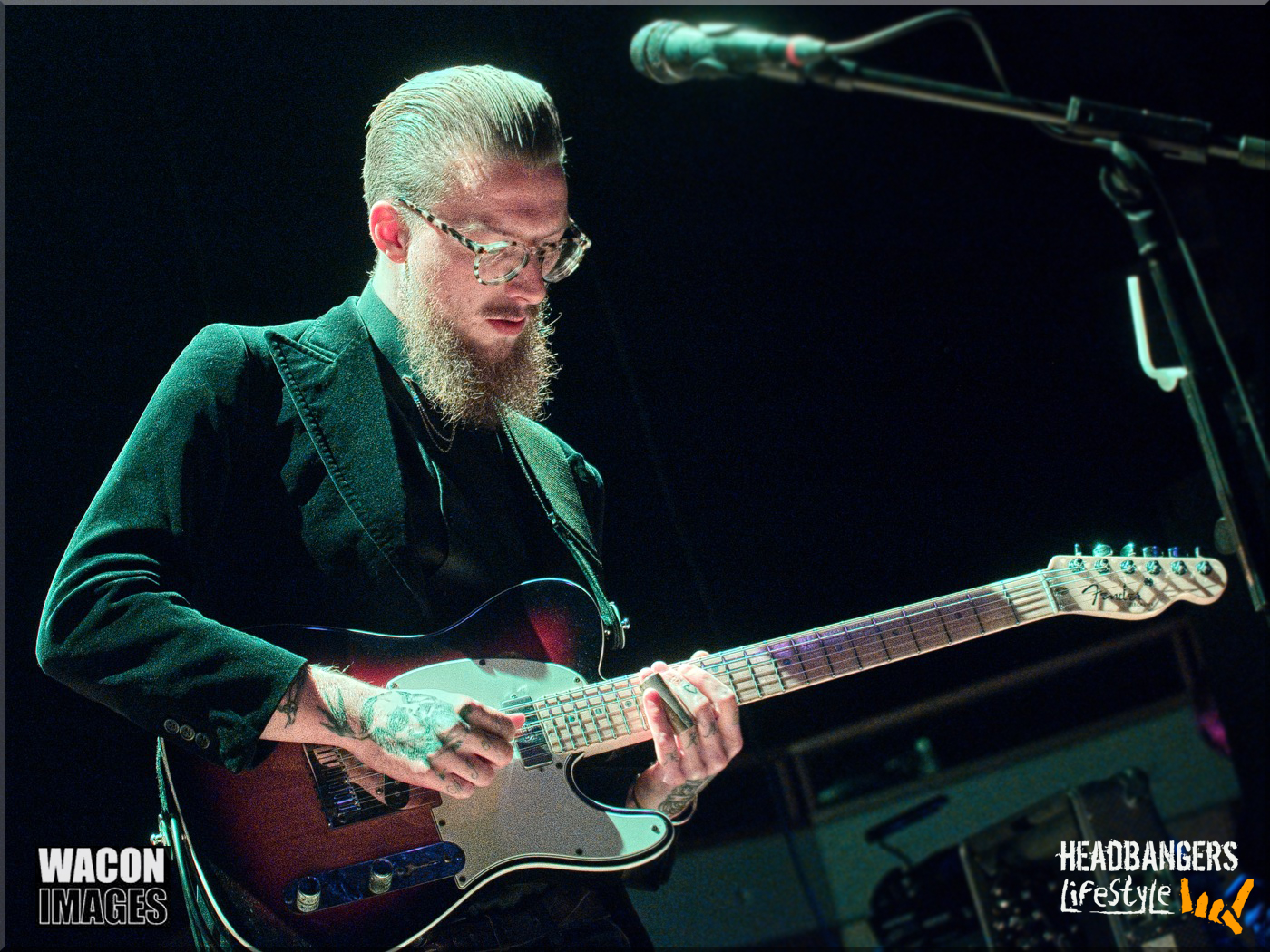 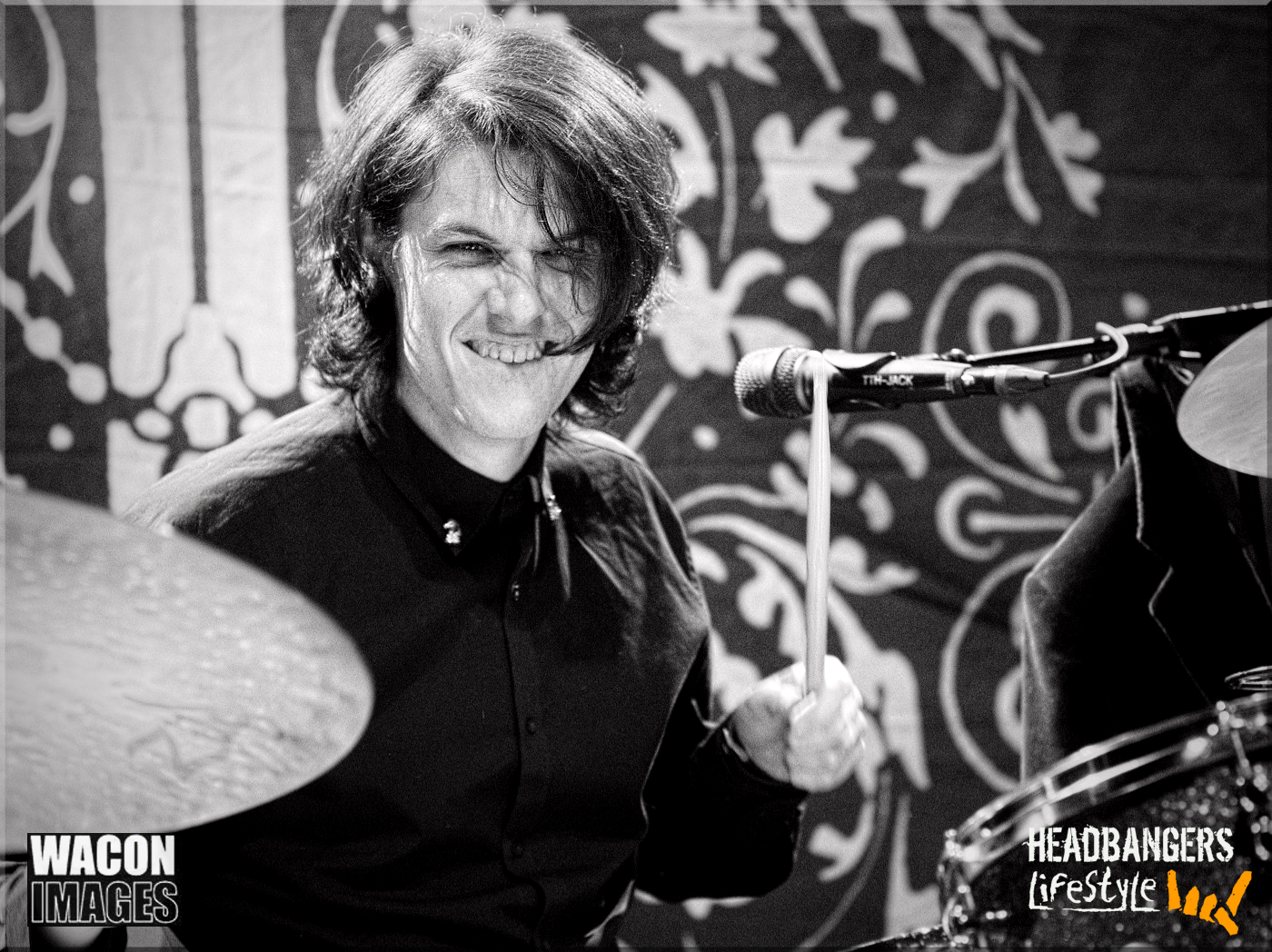 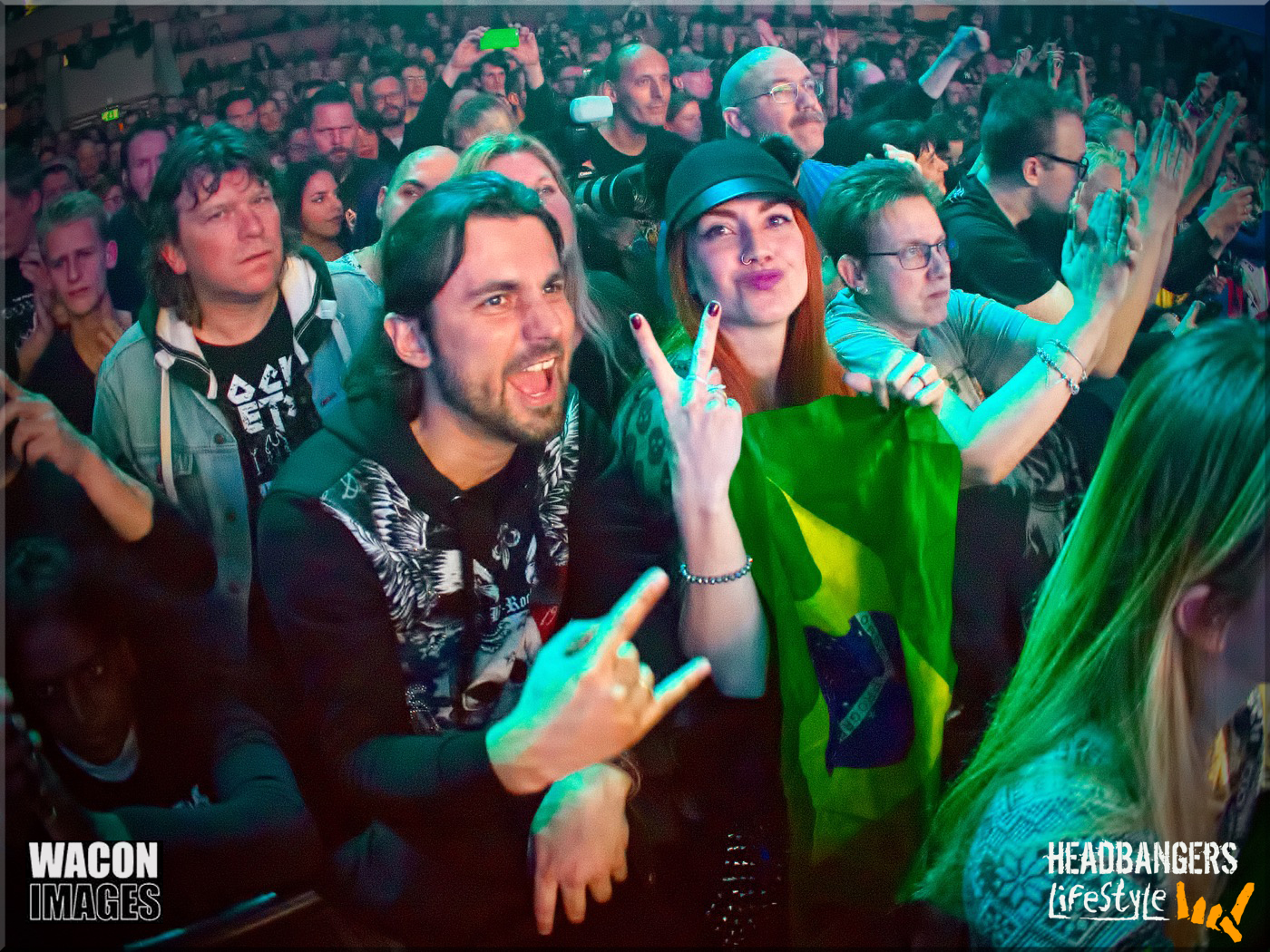 After the necessary change over we finally get what we came for: Stadium rock at its best and the chance to sing along one more time with the famous hit tunes of the mighty Europe and willingly to get caught up in the musical sense of the heydays of the eighties. 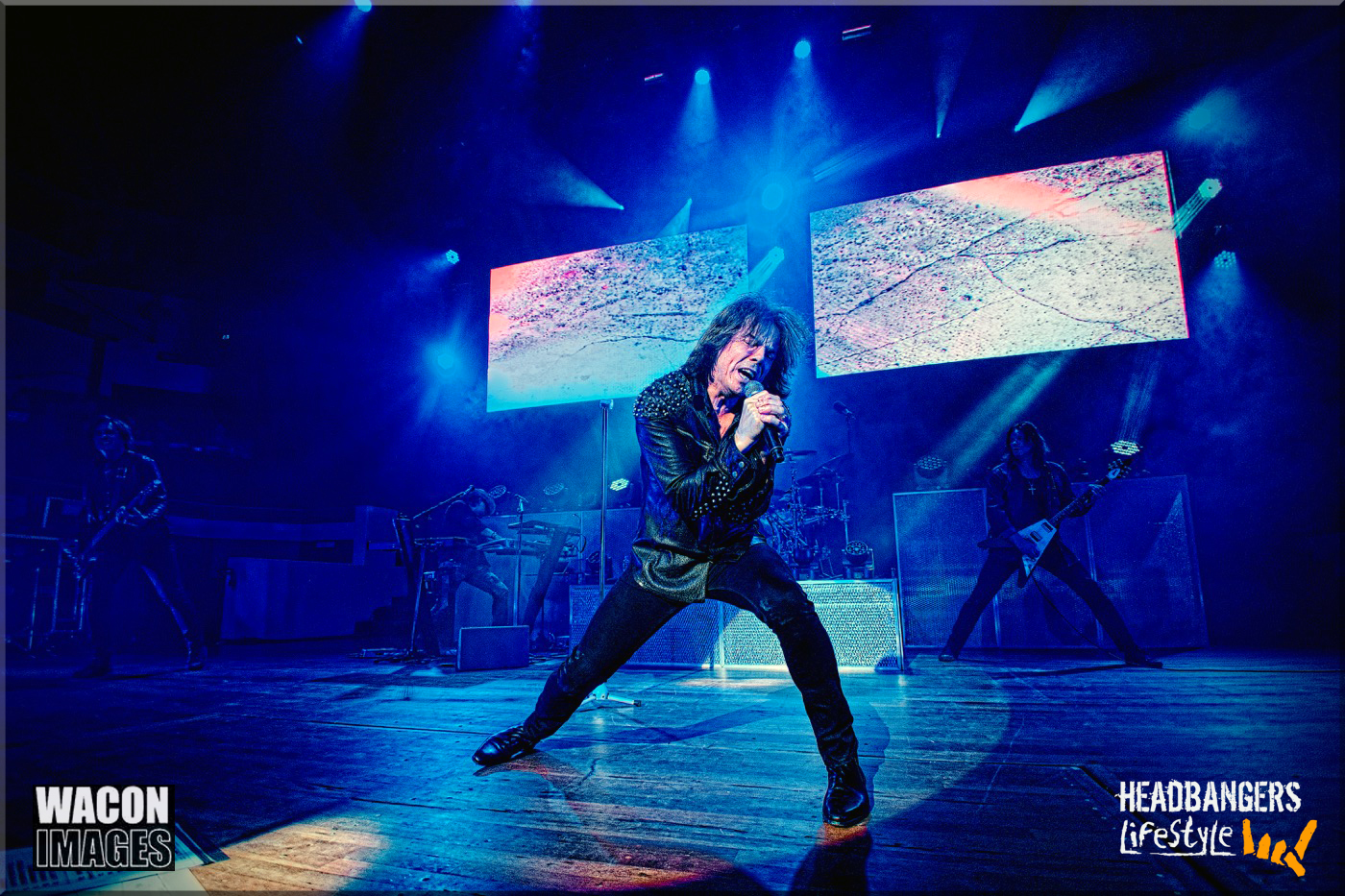 This tour is meant to celebrate the 30th Anniversary of Europe’s most successful album `The Final Countdown’ but the band also promise to deliver the ultimate concert by first playing the latest studio album `War Of Kings’ in its entirely. An album that very well represents what Europe is all about today by showing the highly respected sound of a classic rock band, that reminds of the titans of rock Deep Purple, Rainbow and Thin Lizzy. Joey Tempest got rid of his `big hair’ years ago but he obviously hasn’t lost any of his youthfulness and jumps up and down the monitor speakers, swings and stretches around his microphone stand like if he is still in his twenties. And above all, the guy sings amazing. 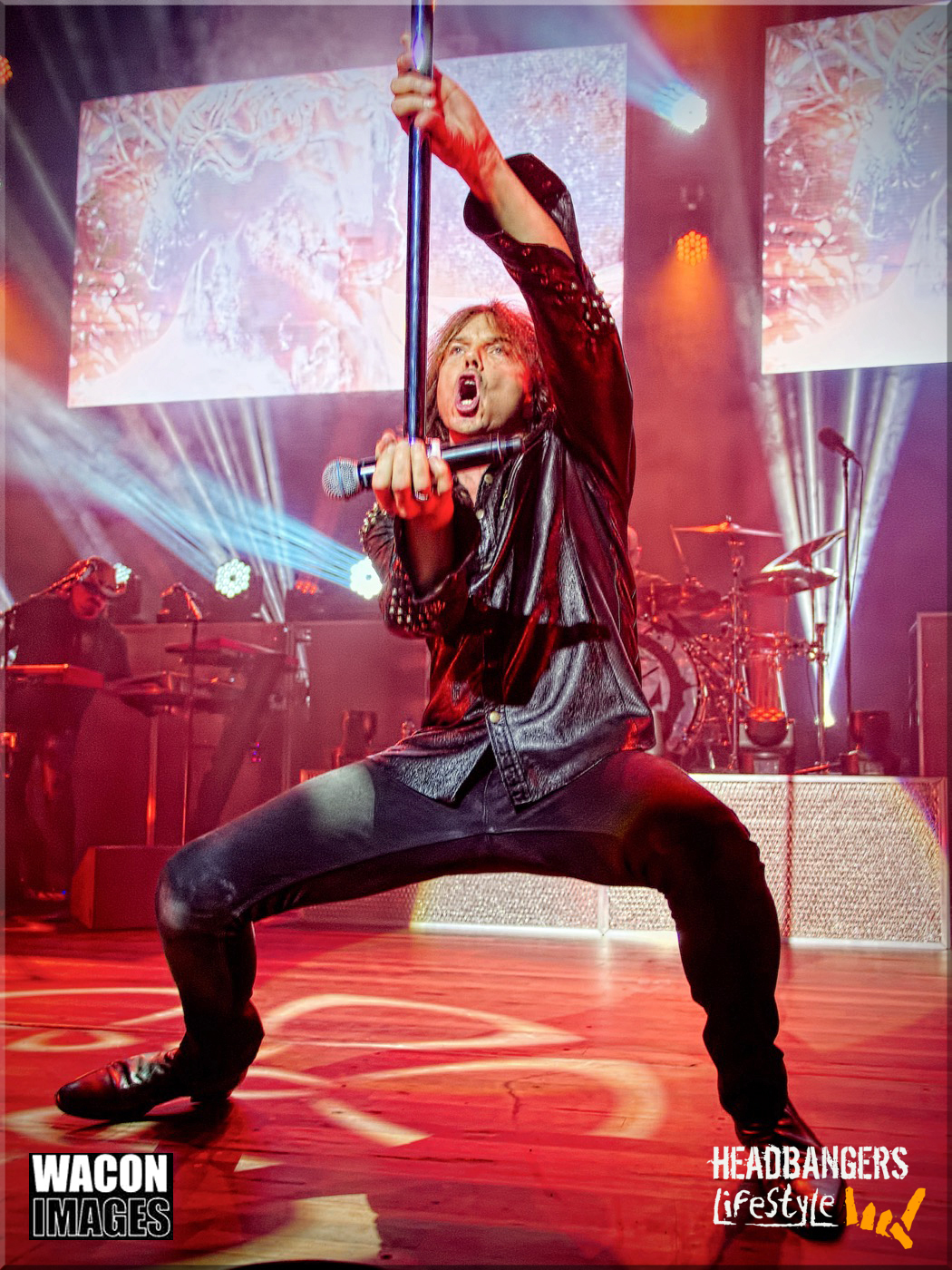 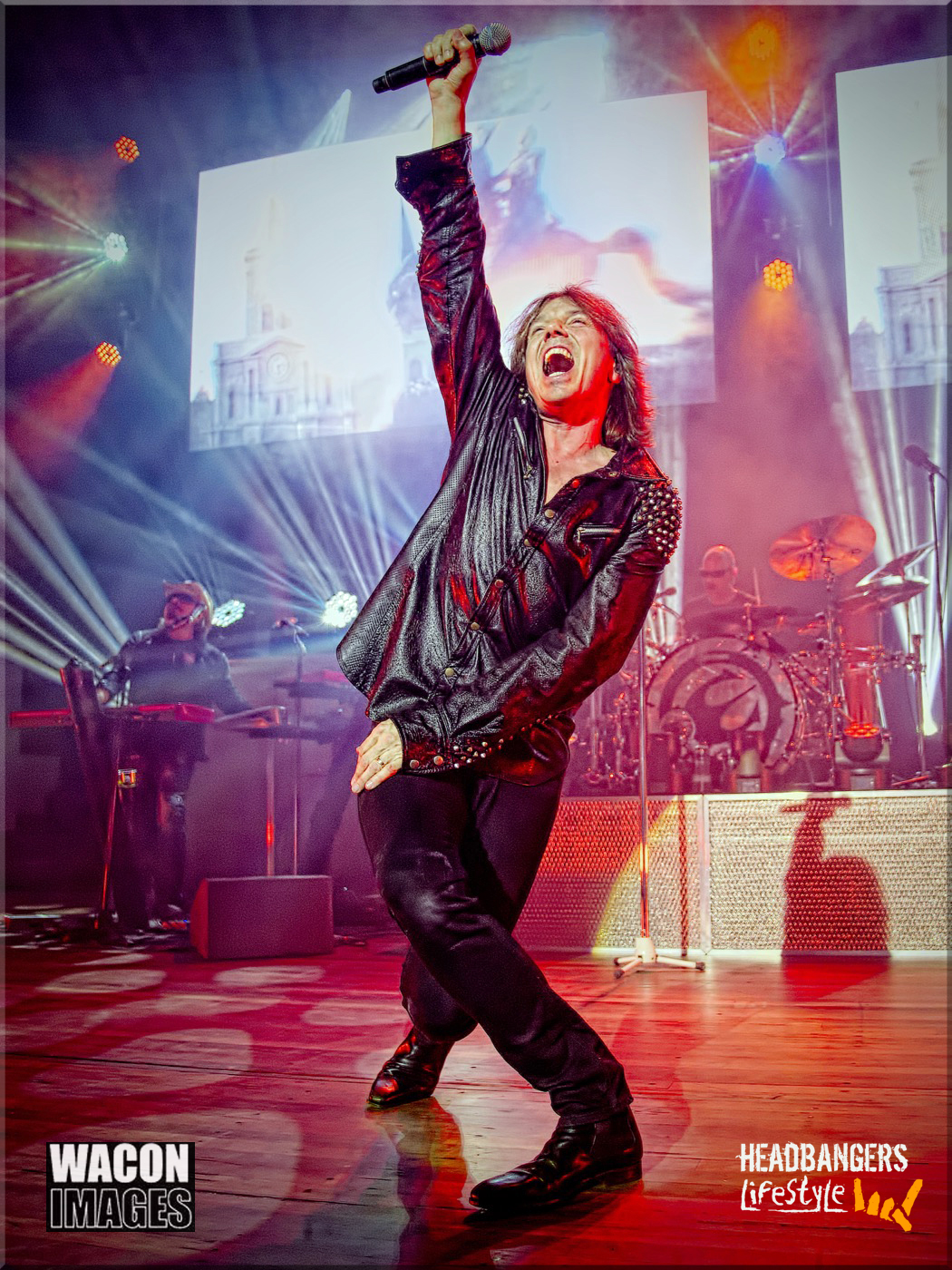 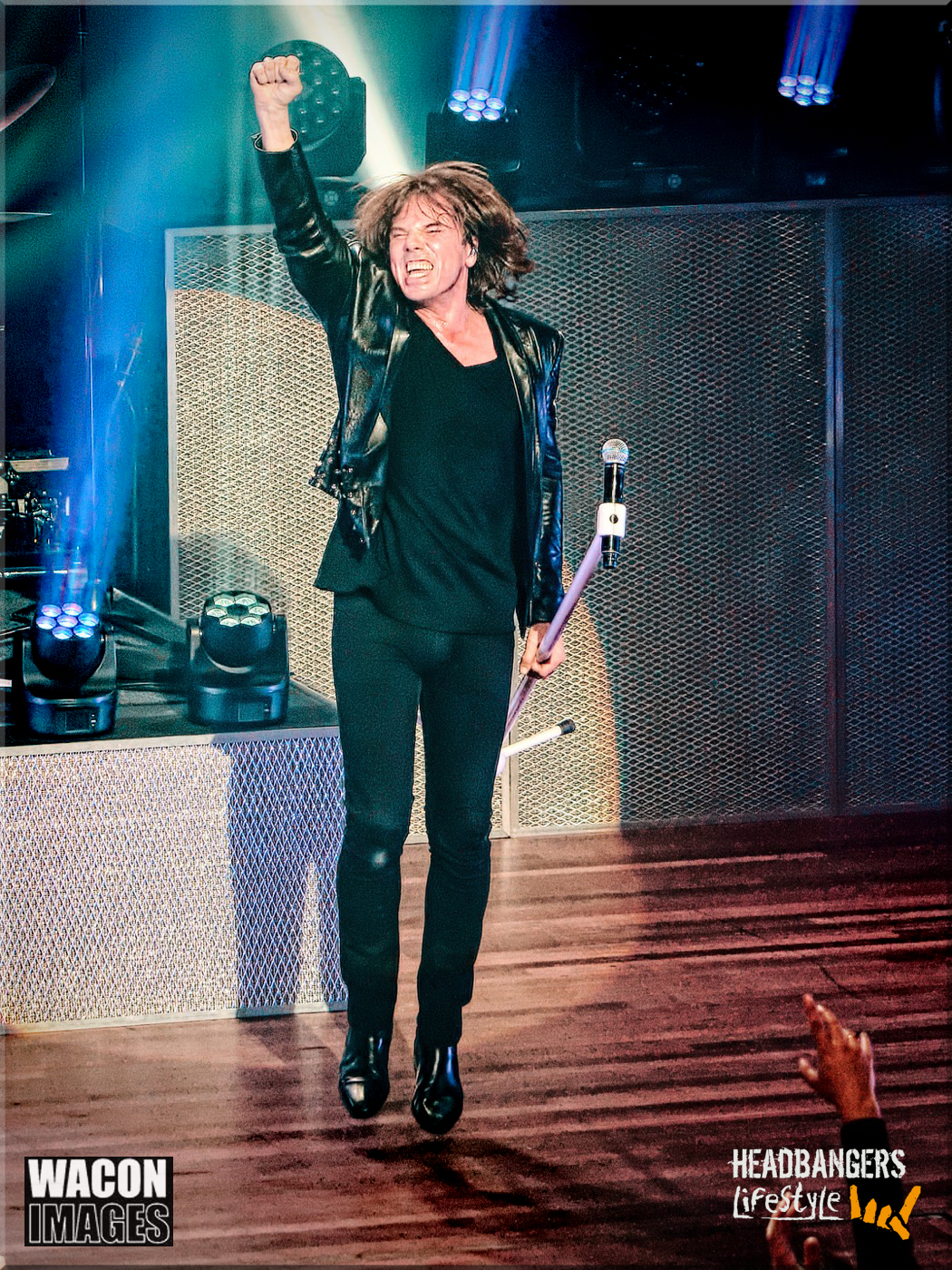 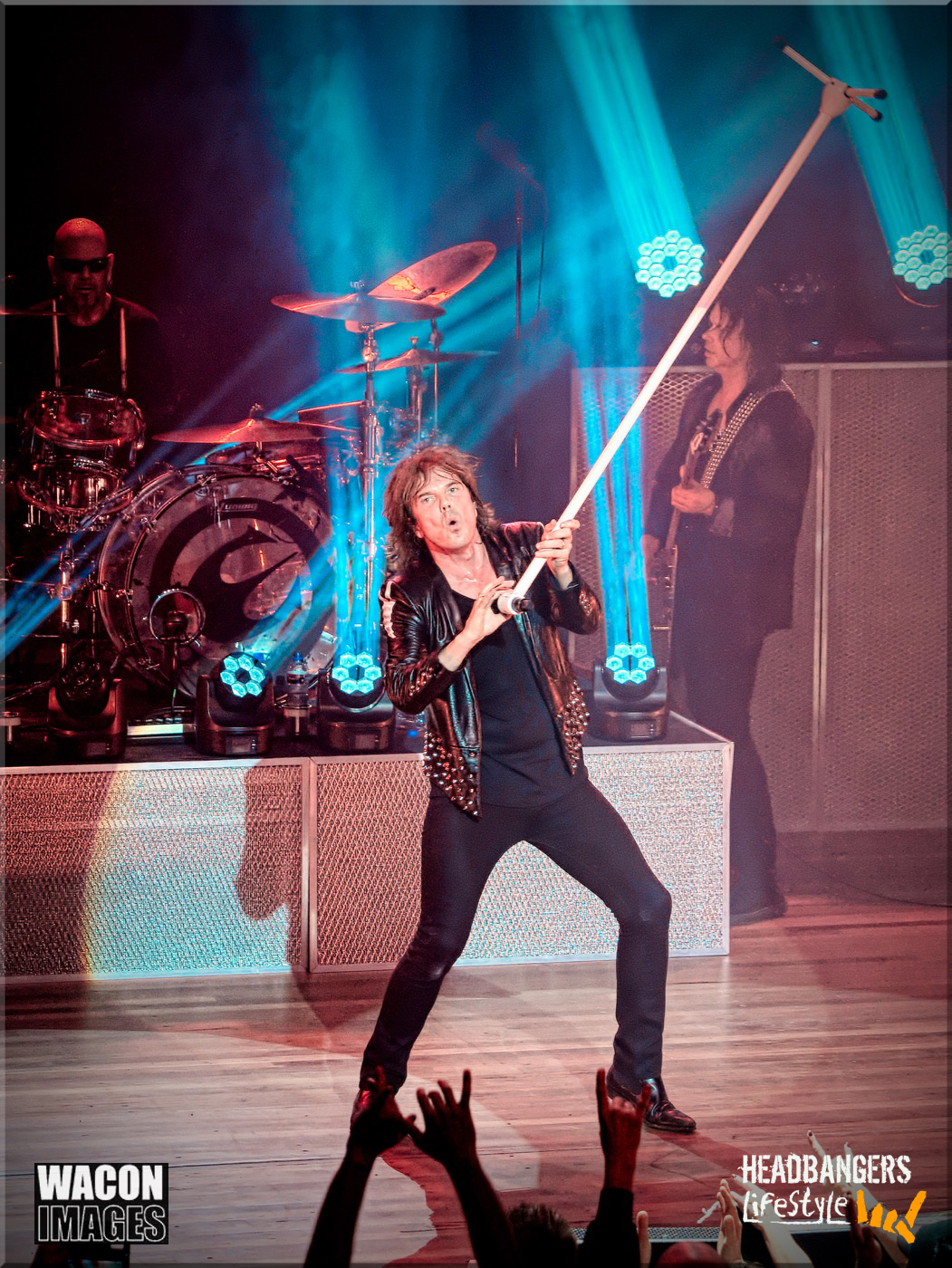 Right from the first track ,,Hole In My Pocket’’ Europe marks a high musical standard here, by playing tight, having every musical detail under control, sounding vibrant and energetic, delivering inspired songs and look like classy dressed rock stars who still enjoy what they do. `War Of Kings’ is absolutely the strongest album Europe made since they officially reunited on New Year’s Eve 1999, after a seven year break, and songs like ,,Days Of Rock ‘N Roll’’ (the ‘should be’ hit of this cd), ,,Nothin’ To Ya’’, ,,Rainbow Bridge’’ and ,,War Of Kings’’ prove Europe will not retire soon. John Norum, the guitar hero of the show, plays all these intimate, warm sounding guitar melodies and solos and is absolutely stunning in the wonderful instrumental song ,,Vasastan’’. 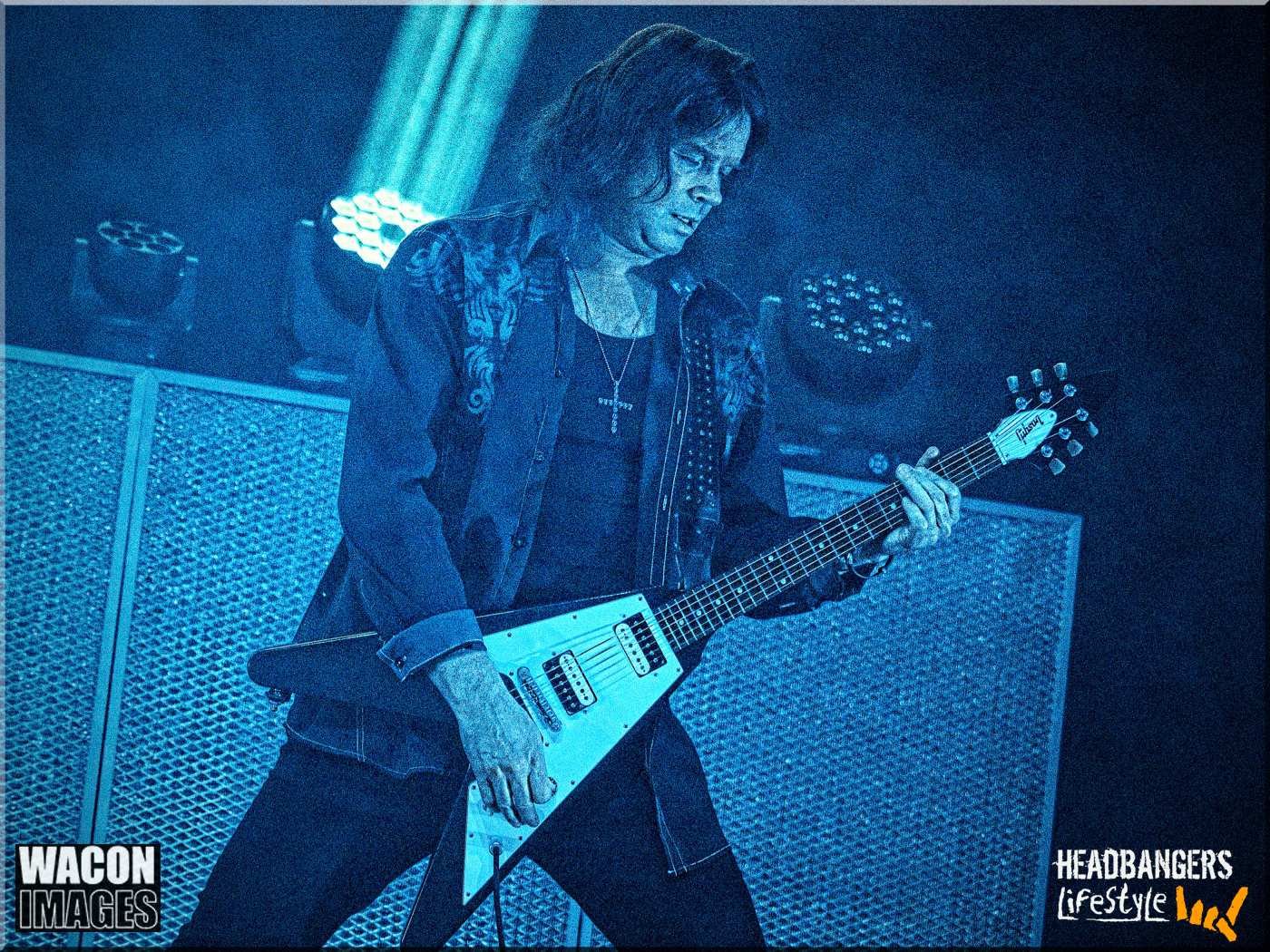 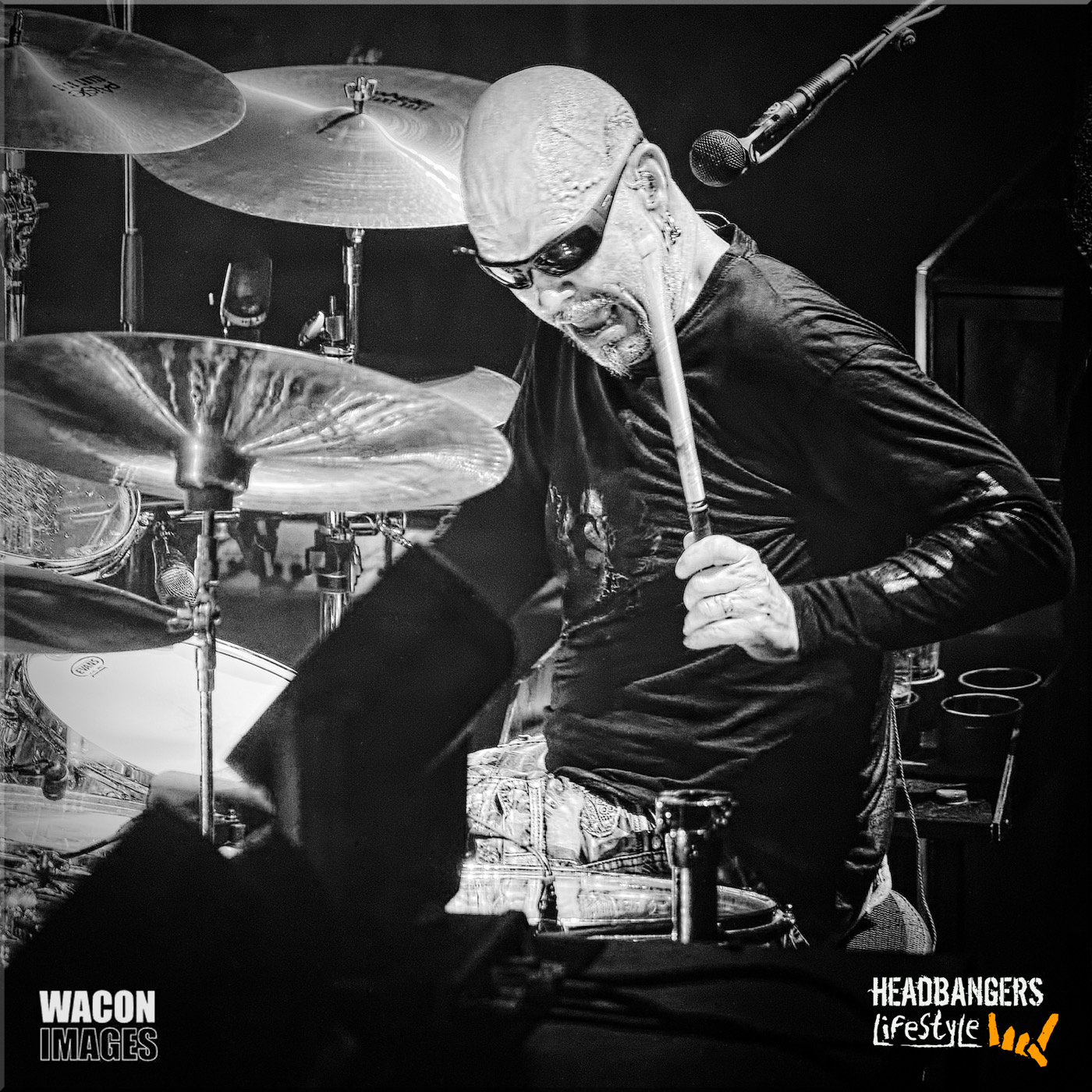 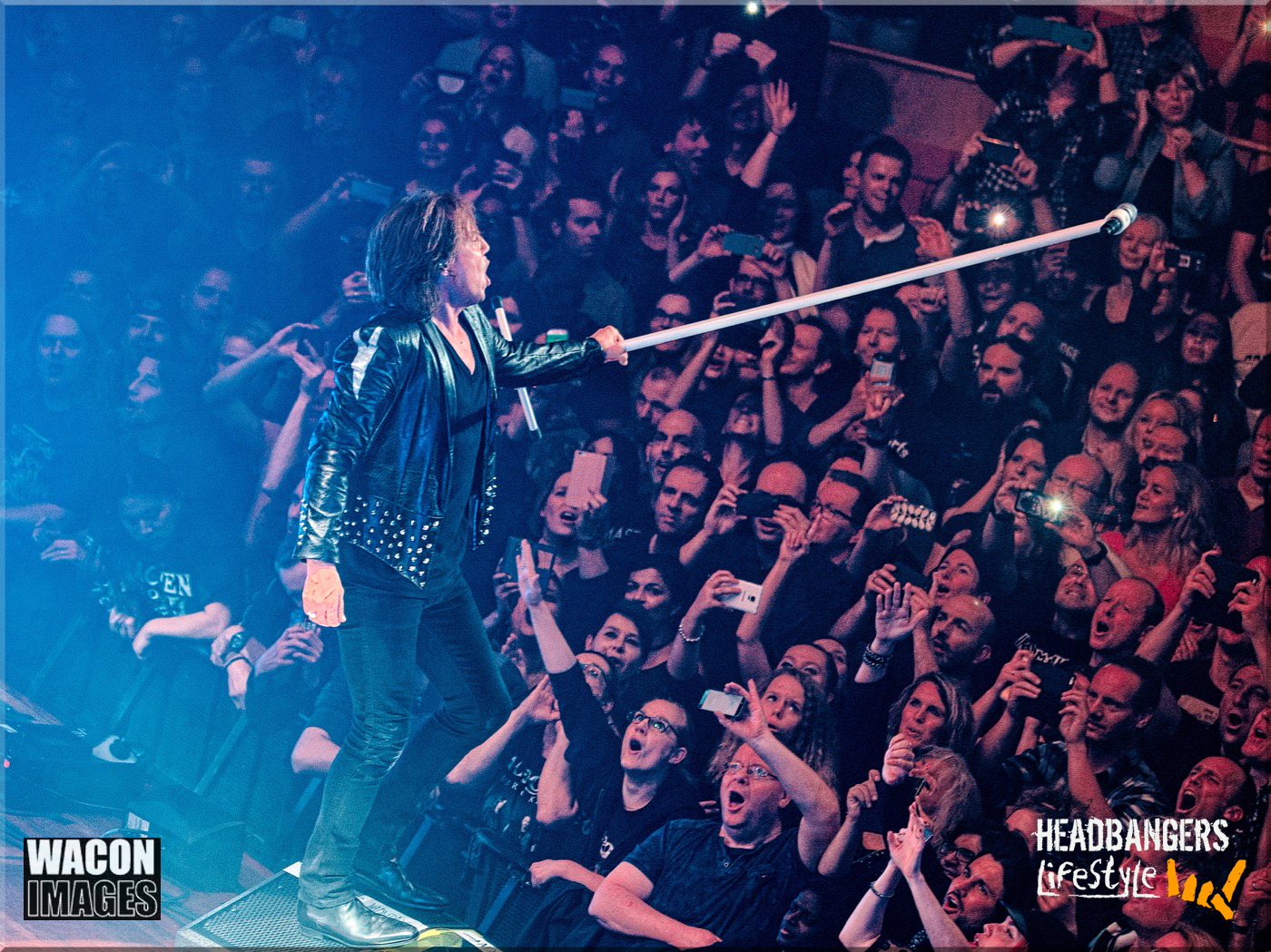 Europe knows how to interact and flirt with the audience and when it is finally time for `The Final Countdown’ we all are fired up for the party. And a party it is when the Europe anthem ,,The Final Countdown’’ starts off, supported by a great lightshow and original photos of Europe in the eighties projected on 2 big video screens. The Swedes ,,Rock The Night’’ and we all get carried away with the charming hit ballad ,,Carrie’’. And what can I say about tracks like ,,Danger On The Track’’, ,,Cherokee’’, ,,Heart Of Stone’’ and ,,Love Chaser’’ other than they bring back great memories and have stood the test of time. 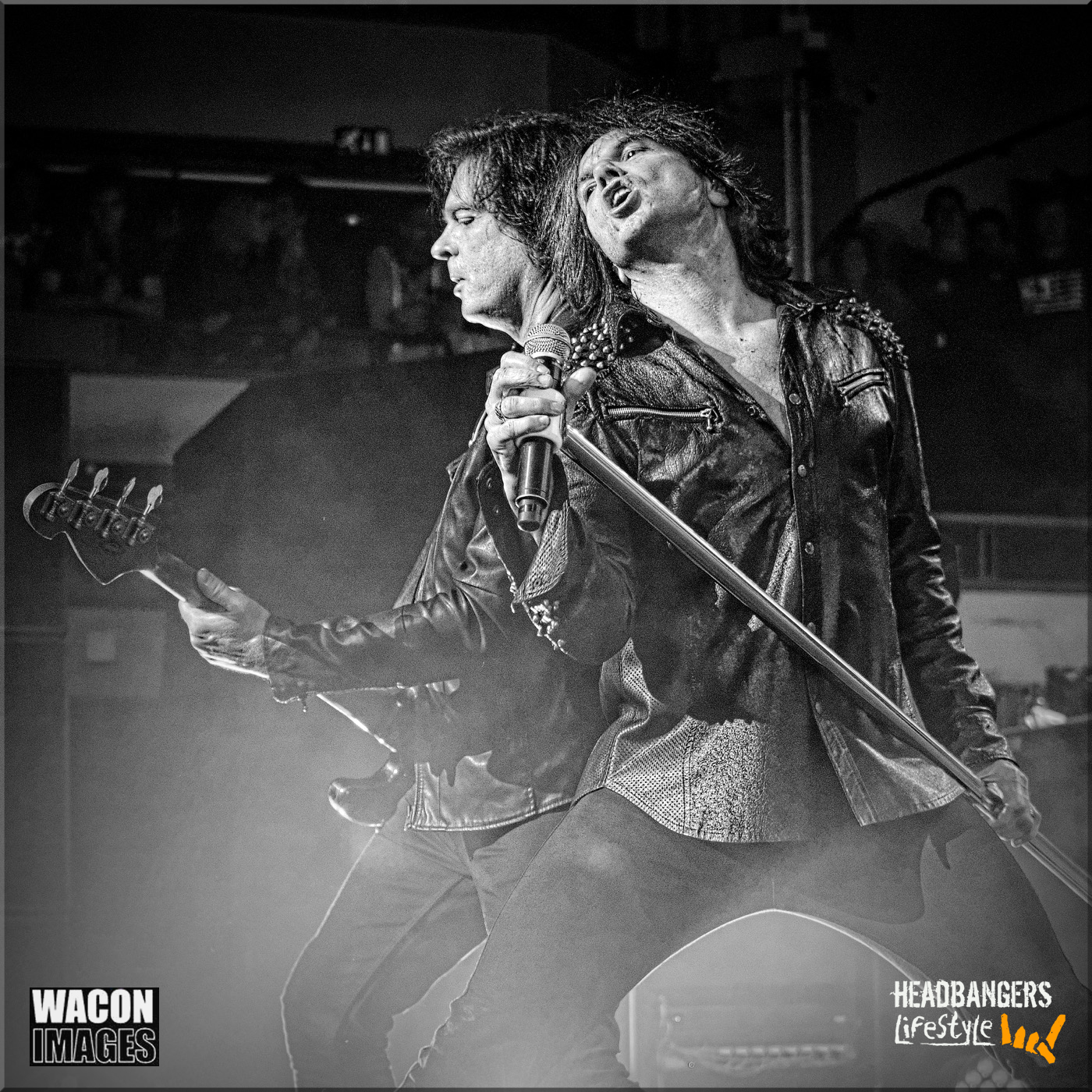 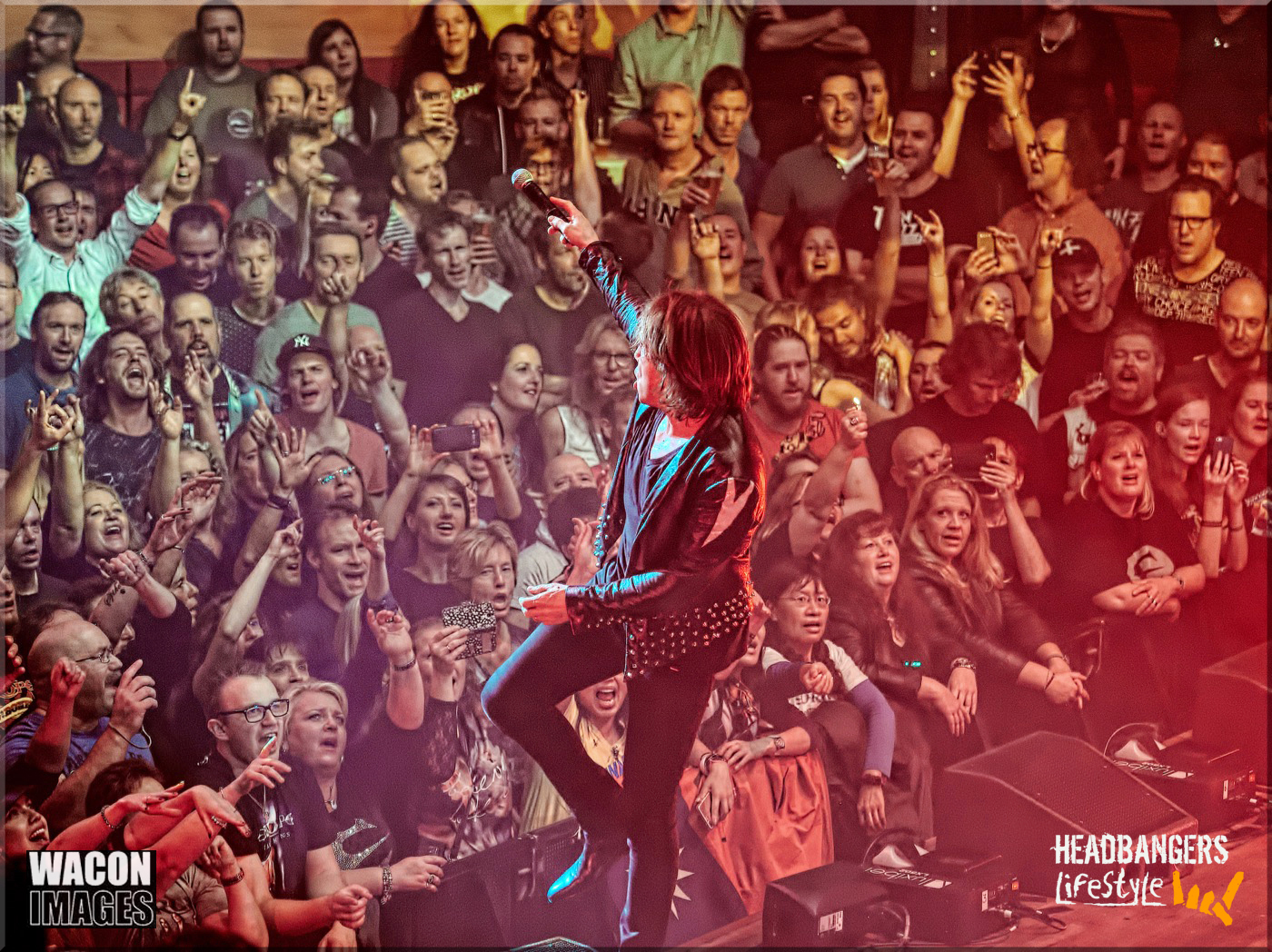 Halfway the set Joey mention: “These are the four guys that changed my life forever’’ and later on shares the news there will be a new studio album out next year, simply: ’’Because we have so much fun’’. After thanking everybody for tonight and for the 30 years there is `the bow’, the `God Bless’ and the `We want more’! But there is no more today. Normally I agree on the famous The Boomtown Rats sentence: ,,I Don’t Like Mondays’’ but this Monday is absolute one to remember because Europe again proved to be a fantastic live band! 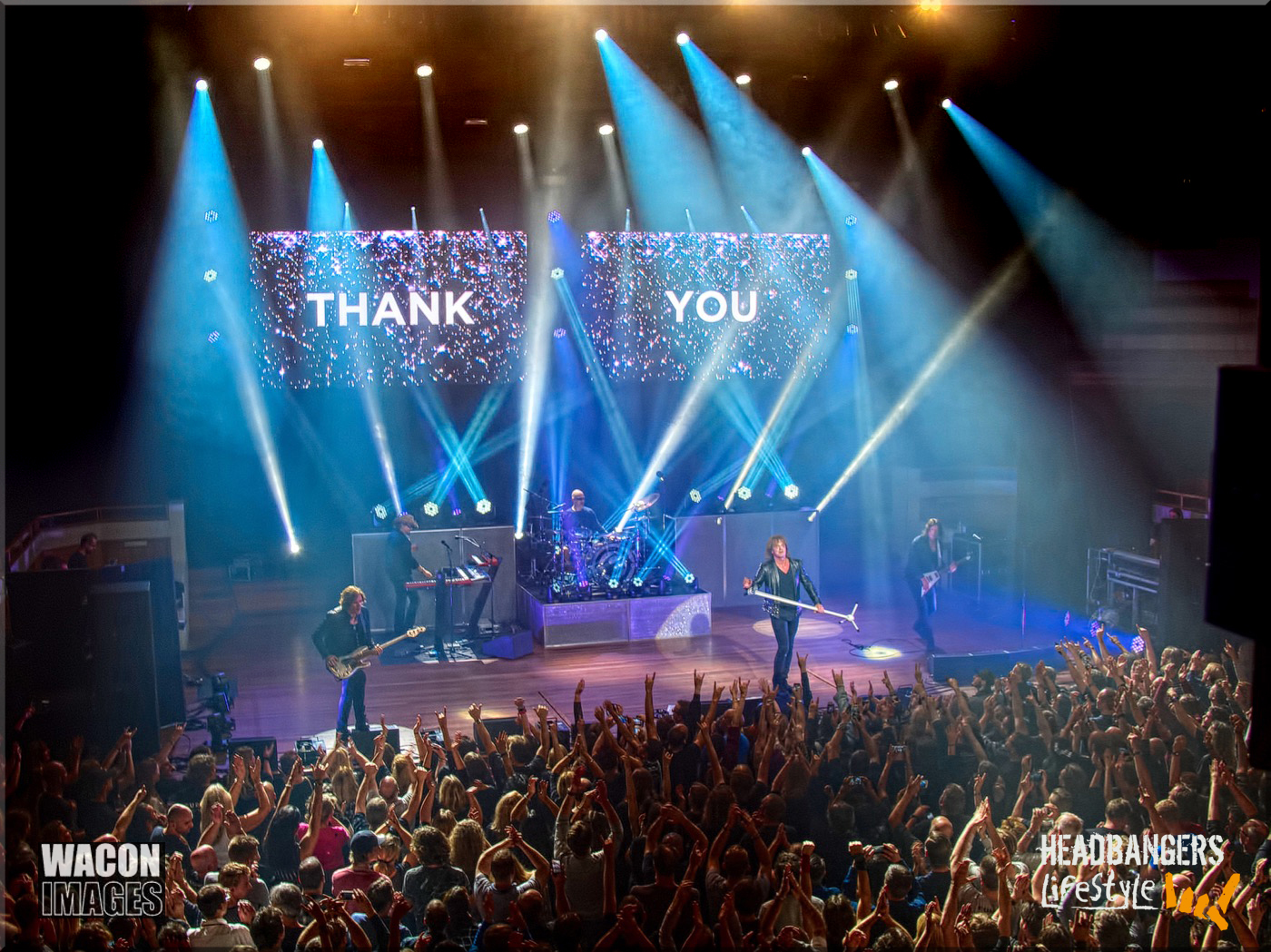 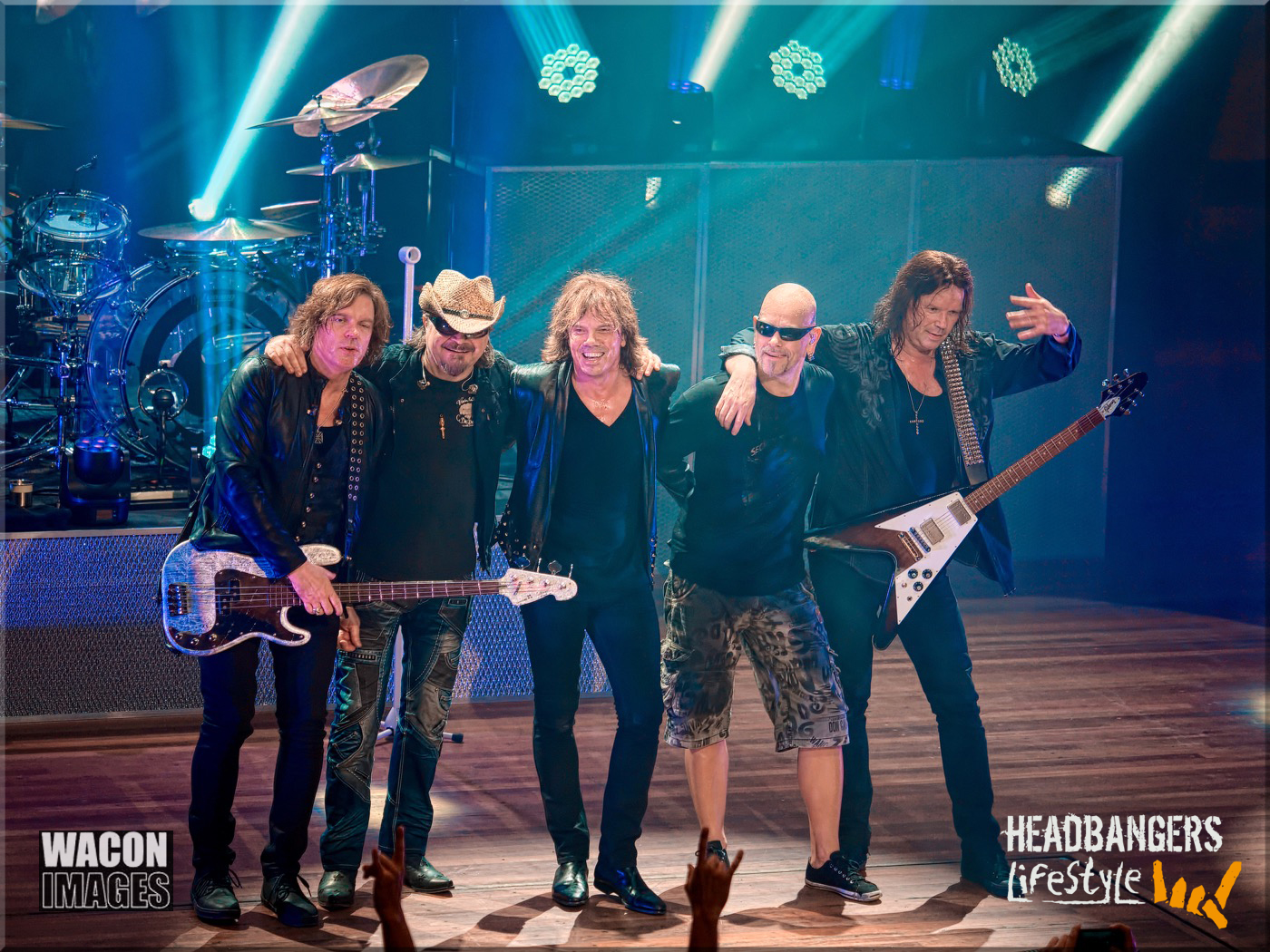 —
All photos by Ronald den Dekker of WACON-Images