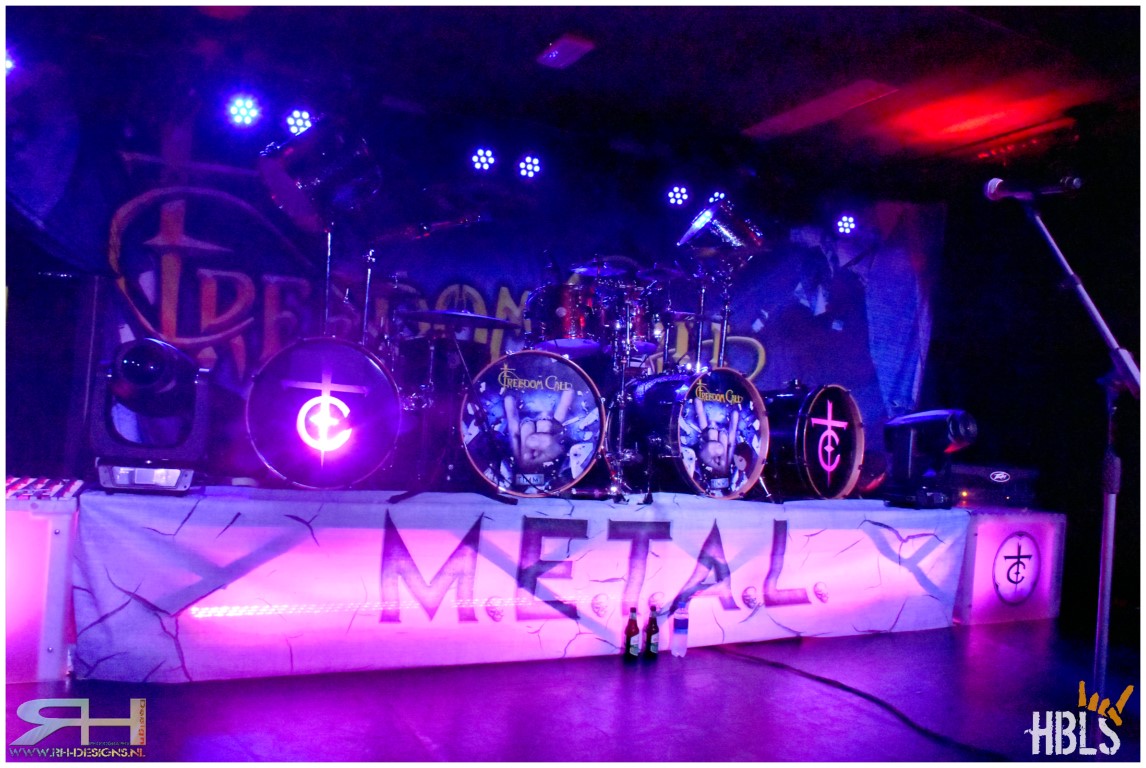 September 30, 2019 by Raymond Helebrand - More about our team

German metalband FREEDOM CALL visited the Netherlands last Saturday and Raymond Helebrand of RH-Design went to Landgraaf for HeadBangers LifeStyle to watch the show and shoot some pictures. Read his report.

On Saturday 28th of September I headed to the Oefenbunker in Landgraaf for an evening of music, or should I say Happy Metal??
Tonight’s menu to be served: a big dish of Happy Metal by the German rockers of Freedom Call. The band is currently on tour to support their latest effort ‘M.E.T.A.L.’ and tonight is the second night on their European schedule.


When I arrived at the venue, people already stood in line to get in. So by the time tonight’s support act Grey Attack start to warm up the crowd, the club is already filled with a good amount of people. 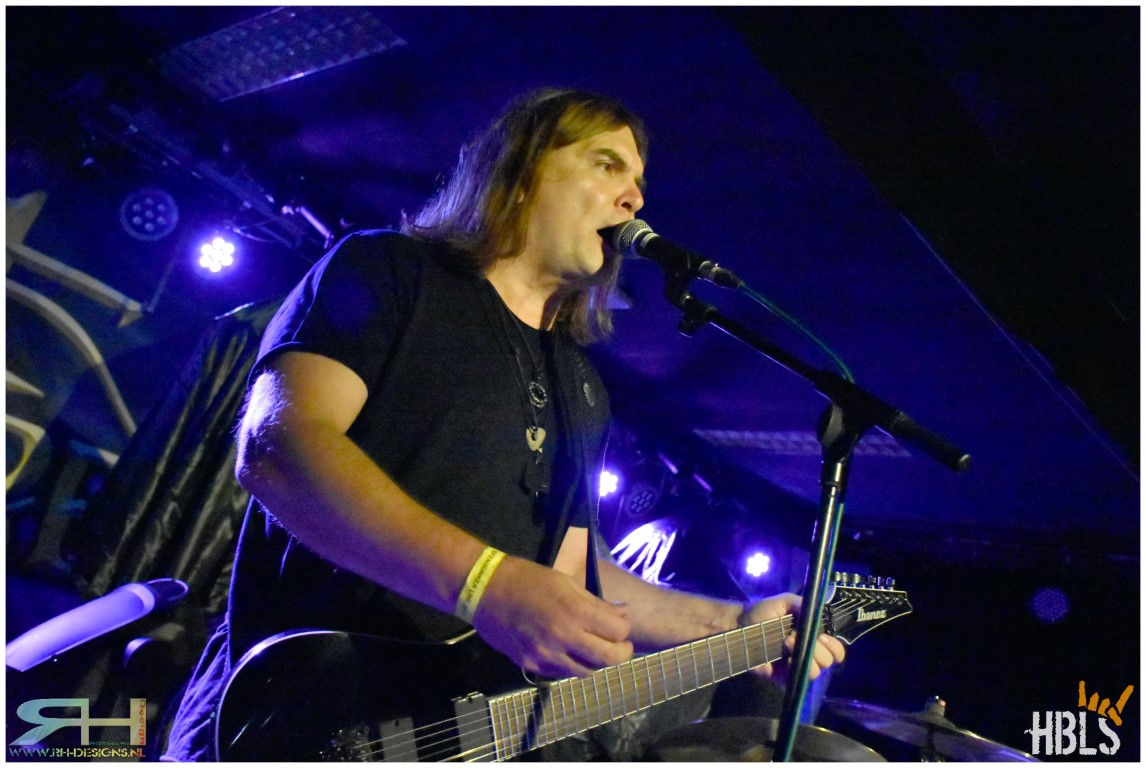 German rock band Grey Attack, formed around Grey Charlez (guitar, vocals), is in the middle of recording their third studio album and this gig is a nice way to blow off some steam.
The set list is a nice balanced mix between songs from the debut album ‘Grey Attack’ and the 2018 effort ‘Grains Of Sand’.

To me it sounded like a band that played very well together. Nice solid hard rocking music. Let’s see what the new album will bring as the band will be the support for the upcoming Loudness tour in Europe (april 2020). Nice job guys! 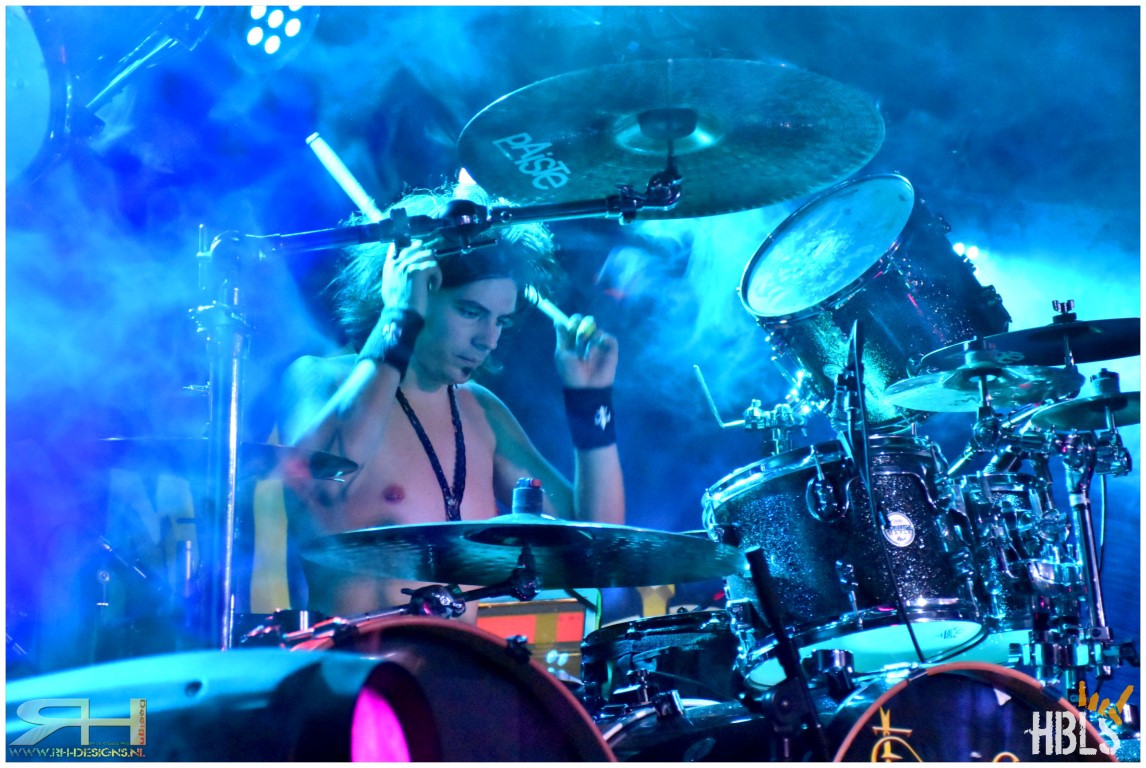 After a quick changeover it was clear that Freedom Call did manage to built the complete production on the club stage. Very cool to see because the massive drumkit of Timmi Breideband was a real eye catcher.
Opening the show with ,,Union Of The Strong’’ from ‘Beyond’ (2014) and ,,Tears Of Babylon’’ from ‘Legend Of The Shadowking’ (2010) makes sure everyone in the Oefenbunker is awake. Chris Bay (lead vocals, guitar) and his band are ready to put on a solid Happy Metal gig. The band is in a very good mood and ready to celebrate their 20th anniversary in Landgraaf tonight. 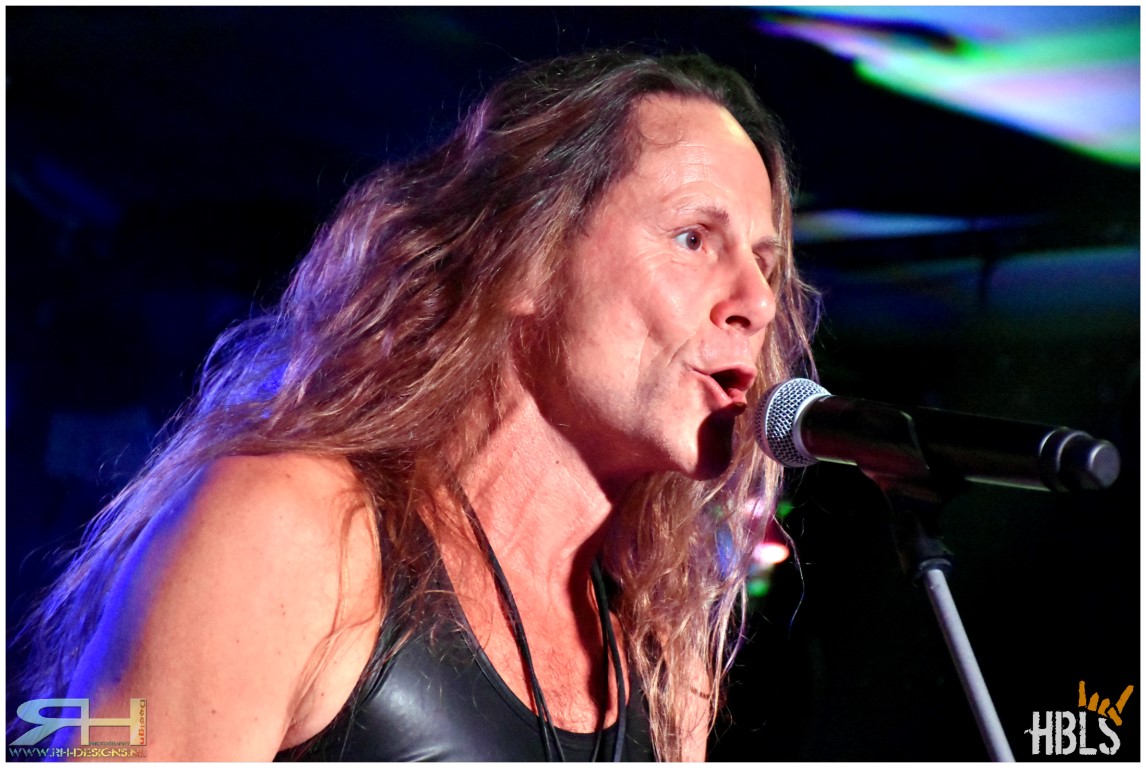 The fans get what they came for: a very tight band, great sound and a journey through the 20 year song catalogue of the band. ,,Spirit Of Daedalus’’ and ,,Sail Away’’ mark the first 2 songs of the current release ‘M.E.T.A.L.’, followed by oldie ,,Metal Invasion’’ from ‘Eternity’ (2002). 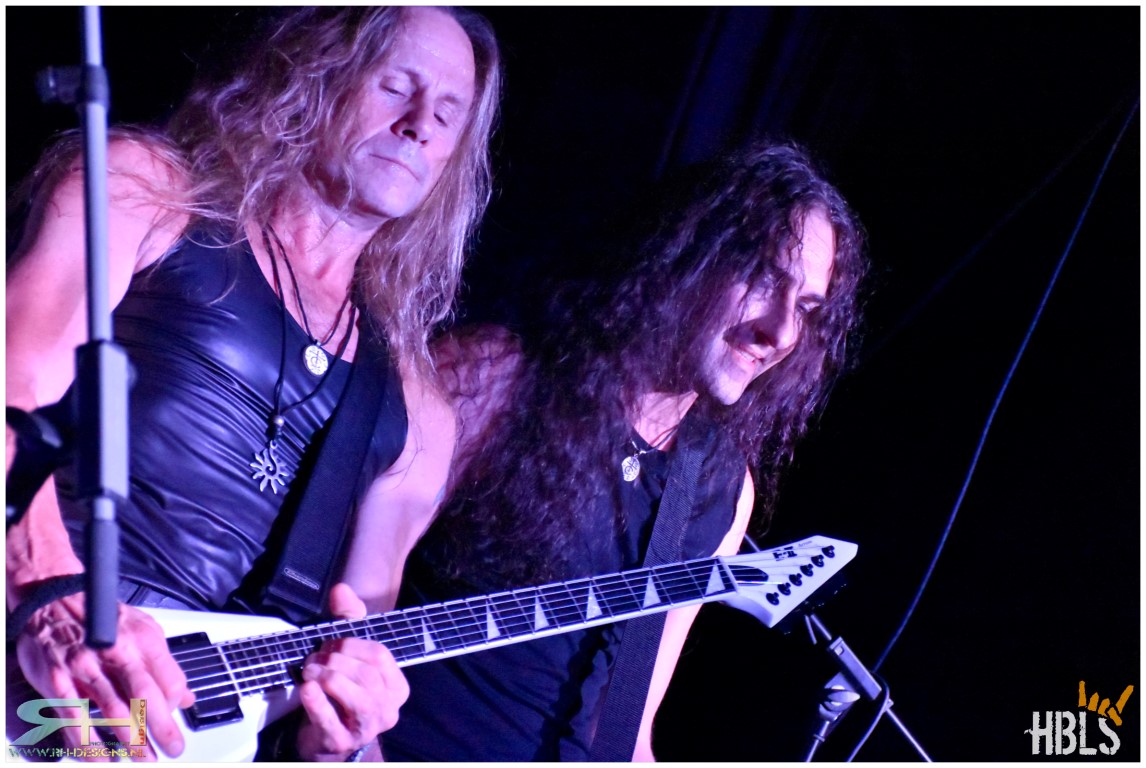 Chris, who is a great vocal shape, and Timmi, who steals the show by hitting the drums like an animal, to me, are the eye catchers of tonight’s performance. While Francesco Ferraro (bass) and Lars Retkowitz (guitar) also play a solid gig.
We get to hear about Chris’ dream of being a musician and that his goal as an artist was to release 10 albums. Now he has to set some new goals, with ‘M.E.T.A.L.’ being Freedom Call’s 10th studio effort.
Speaking about the album, next on the menu is the title track ,,M.E.T.A.L.’’ and ,,111’’, number of the angels as a counterweight to the number of the beast, followed by ,,The Ace Of The Unicorn’’ and as the song titles predict, the band is not too serious about them. ,,Freedom Call” from ‘Crystal Empire’ (2001) and ,,Power & Glory’’ from ‘Land Of The Crimson Dawn’ (2012) are next. Followed by ,,Heavy Metal Hallelujah’’. Yes indeed, a re-writing of the original ,,Hallelujah’’ song. For the ones that didn’t get it yet, the band likes to not take themselves too serious, but hey, this version is a great sing-along for the crowd. 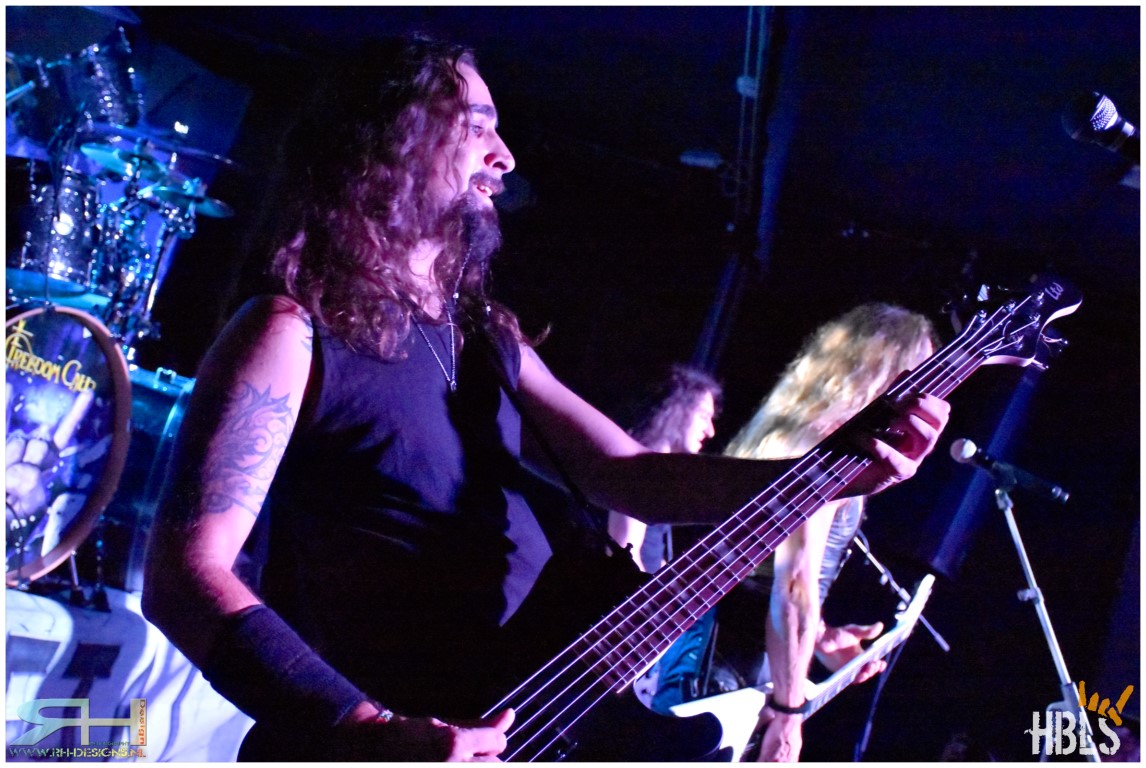 As an encore we get a special version of ,,Warriors’’ from ‘Eternity’ (2002). The start of the song is in acoustic style, about halfway through the song all registers are opened once again to end the song full power. The final songs of tonight’s show are ,,Far Away’’ and ,,Land Of Light’’.
All in all this was a very enjoyable gig. If you are into Happy, Heavy, Power, Melodic METAL, you have to go and check out this band. This setlist is a great introduction to their catalogue. Great show! 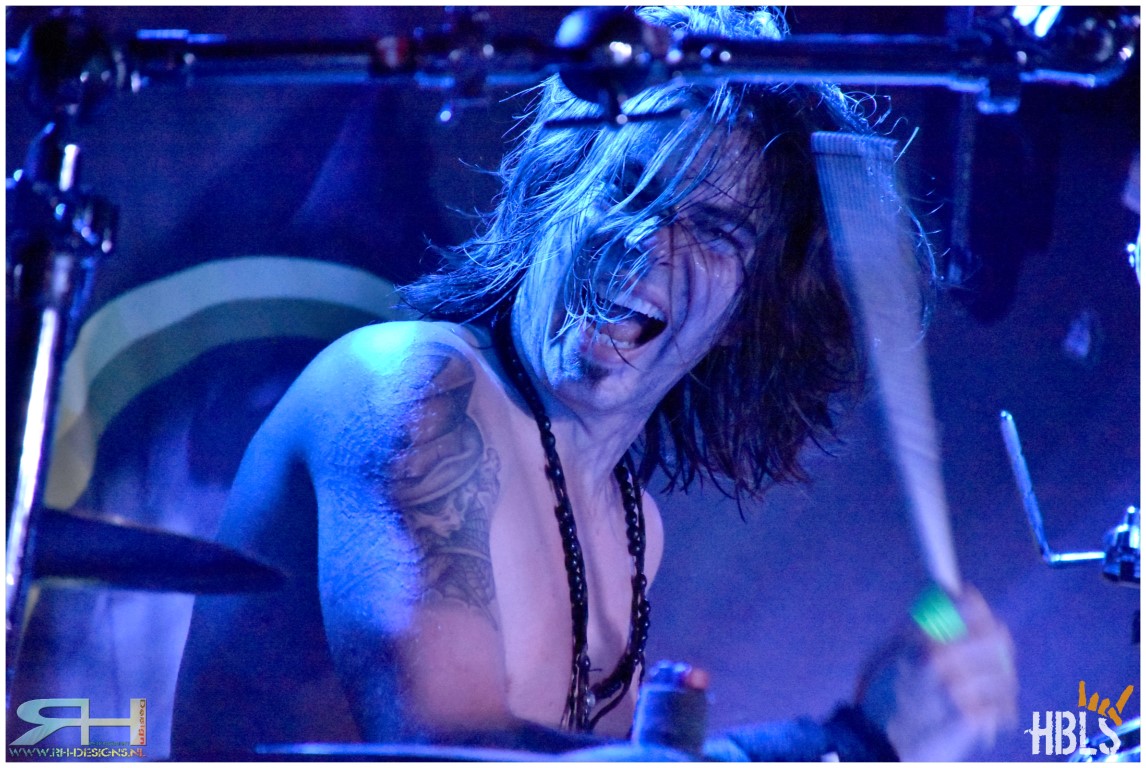