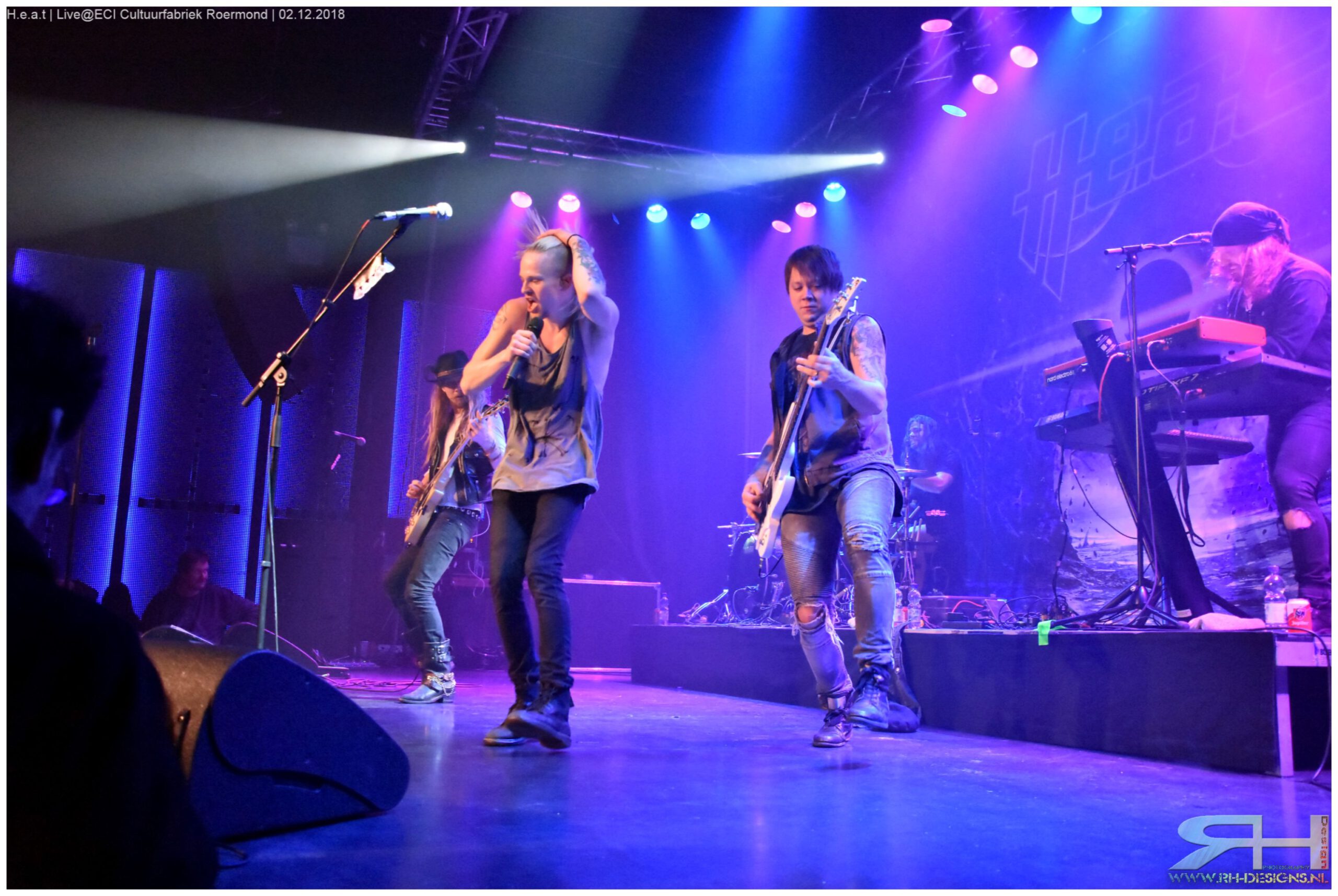 December 5, 2018 by Raymond Helebrand - More about our team

On this rainy sunday afternoon I was heading to the city of Roermond to visit Swedisch melodic rockers, H.E.A.T on their current ’Into The Great Unknown’ tour. When I arrived at the venue I found out the ECI Cultuurfabriek is a great old factory building, which hosts, amongst others, this great concert venue. And for a sunday afternoon the venue was nicely filled with fans. 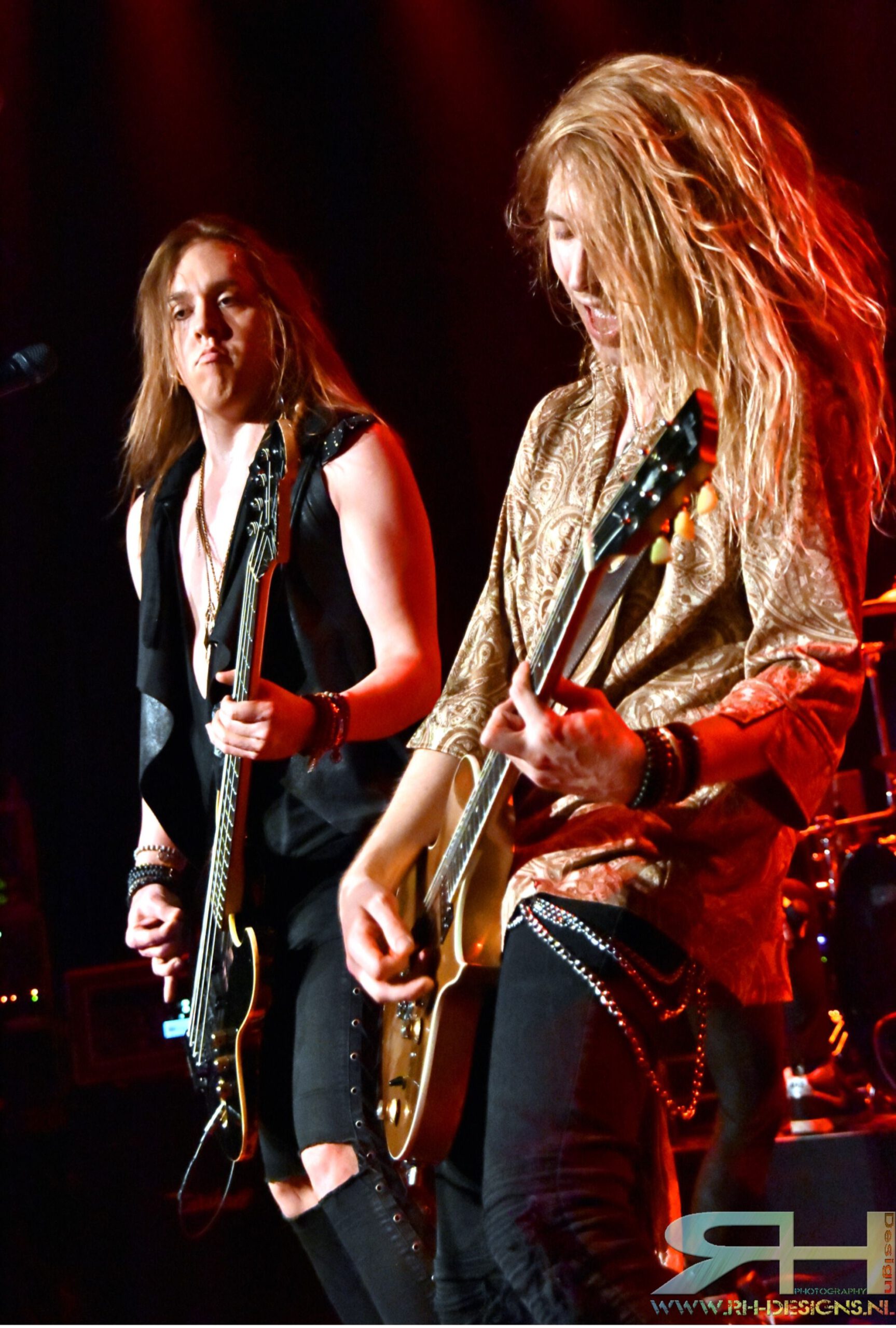 The first band to appear on the stage (3 pm sharp), was Shiraz Lane from Finland. A good and energetic melodic rockband. Their musical idols must have been bands like Guns n’ Roses, Skid Row etc. Not only because of their music, but they have also borrowed some of the stage presence of these band. The weakest link tonight was lead vocalist Hannes Kett, who was hard to hear in the mix but all in all it was very entertaining. 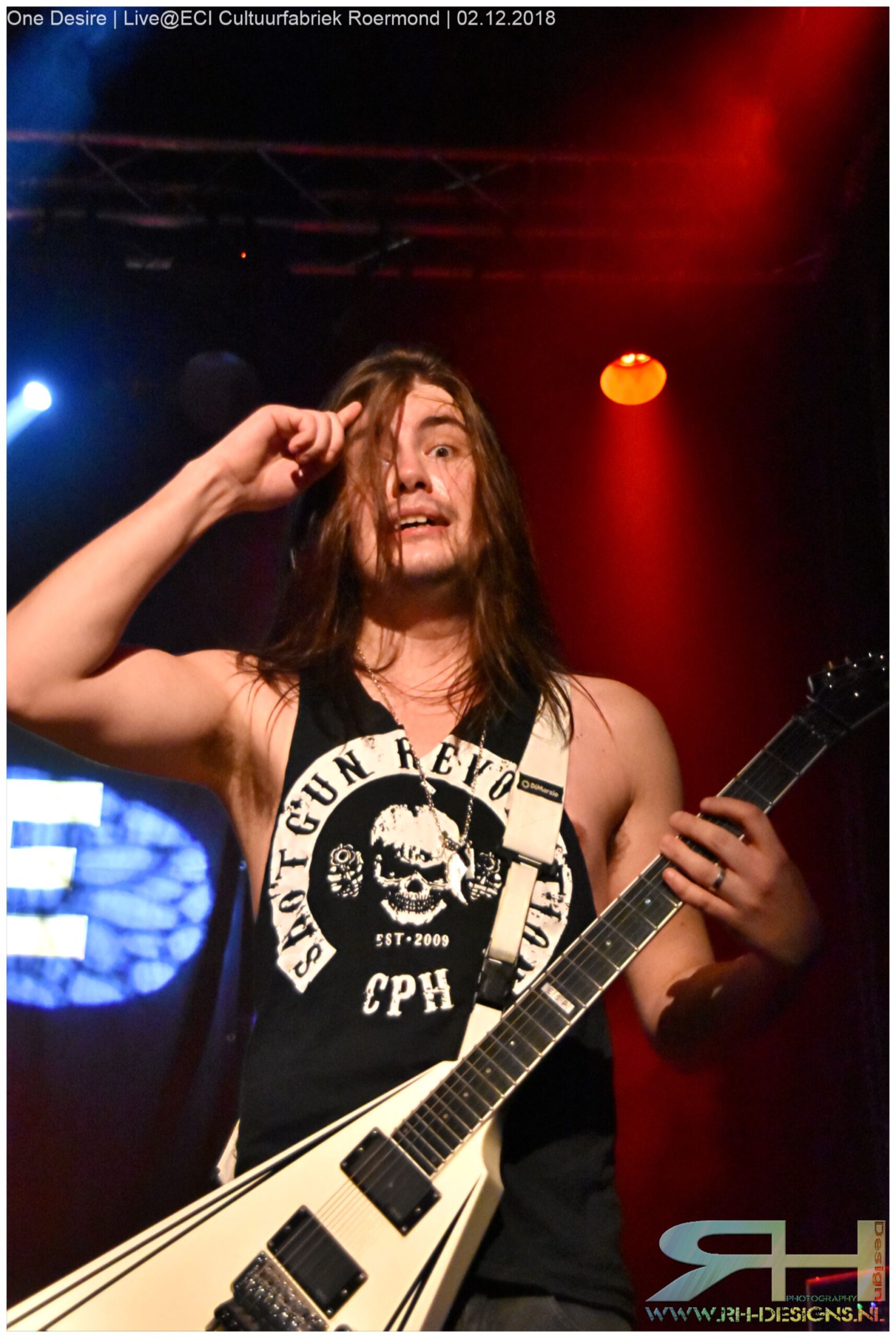 The next special guest spot was for One Desire, also from Finland. I found this the most confusing band of this afternoon. Mostly because of their lack of own identity. They all knew how to play their instruments, but somehow they could not convince me to get into them. Their songs headed in all different directions, a bit of melodic rock, some metal, for me, it didn’t do it. Maybe another time. 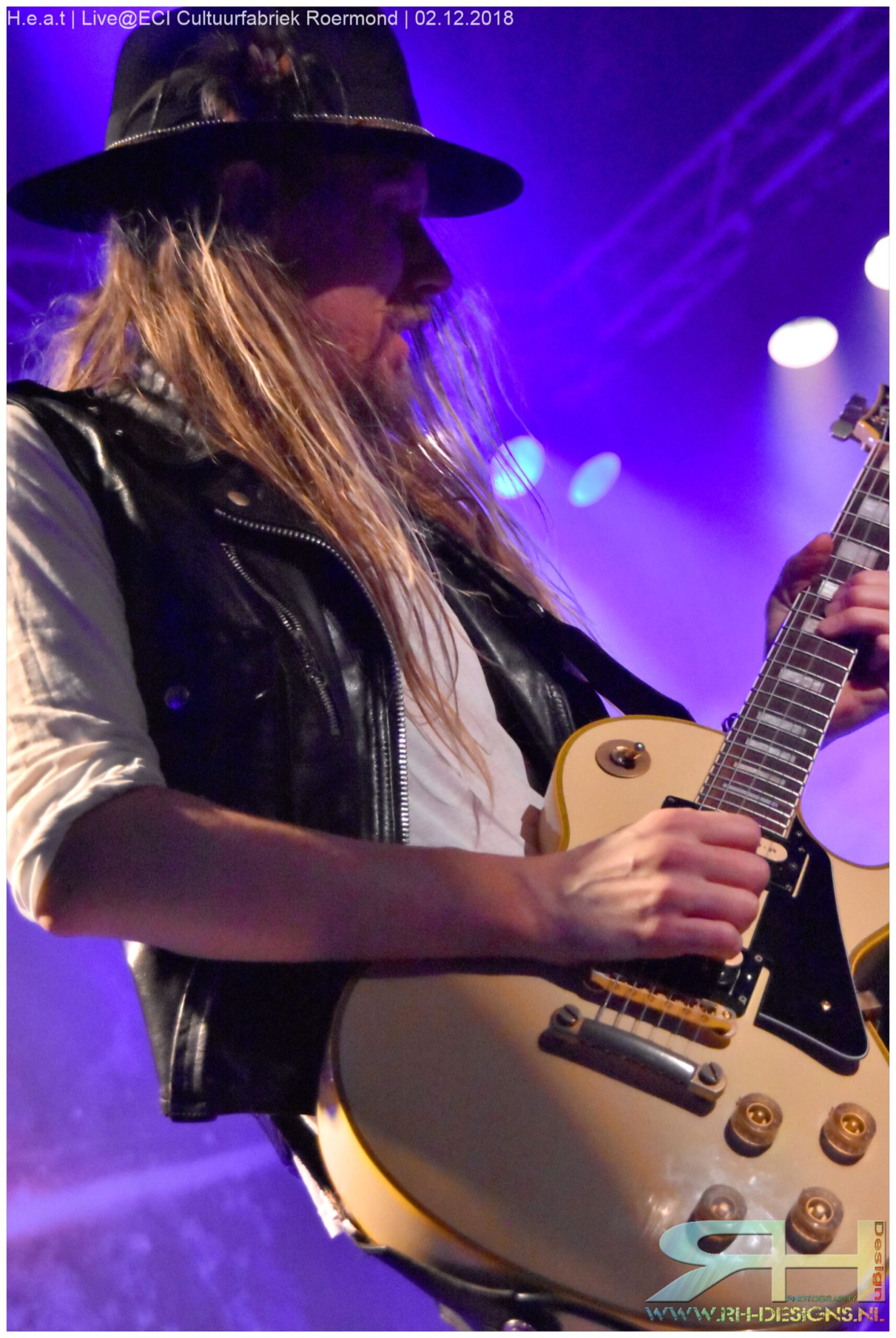 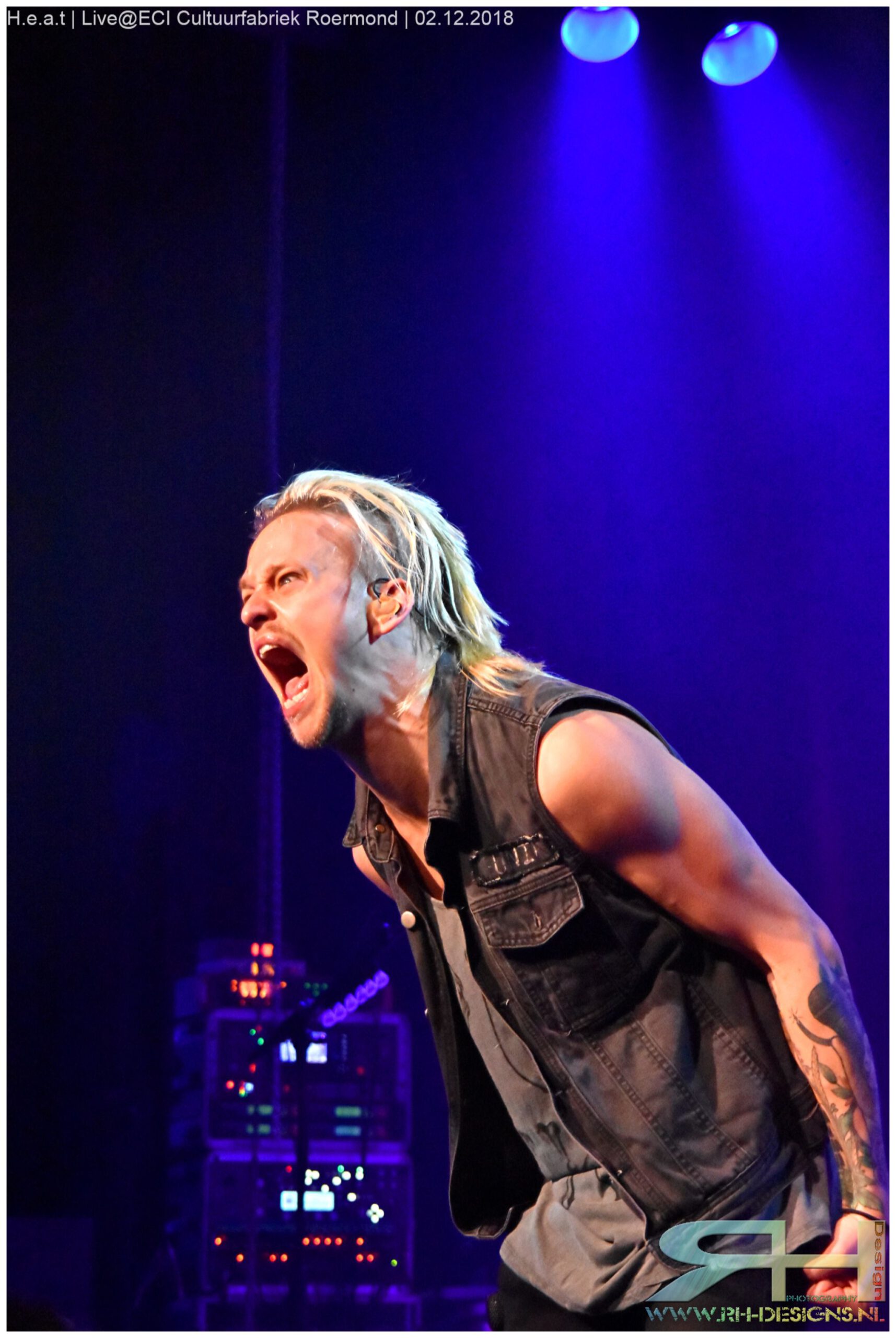 At 5 pm the headlining act of today, H.E.A.T, started their show and, except for some problems with the start of the intro,it was flawless. Right from the start these five men proved why they are one of the best melodic rock acts of the moment. As soon as they started their set with ,,Bastard Of Society’’, they had everything under control and the audience had nothing but a good time. Charismatic lead vocalist Erik Grönwall, was like a wild animal let loose on stage. But besides jumping, rolling, kicking around on stage, he nailed all the vocals for the songs. So no complaints in that department. With a guy like this, some extra eyes would not be a luxury. Crowdsurfing, dancing on the tables of the venue, ordering a beer at the bar, making one on one contact with the people in the audience. Nothing seemed too crazy for this guy, but at no point this would affect his, nor the bands performance. Jona (keys), Jimmy (bass), Lars (drums) & Dave (guitar) laid down the massive concrete foundation for an excellent gig.
H.E.A.T seemed to enjoy this very early gig. The interaction on stage was great, as well as the musical craftsmanship.
A very energetic gig, nearly 2 hours of great music, superb sound & lightshow and a nice venue. What more can you wish for on a rainy December afternoon? Right, nothing at all. 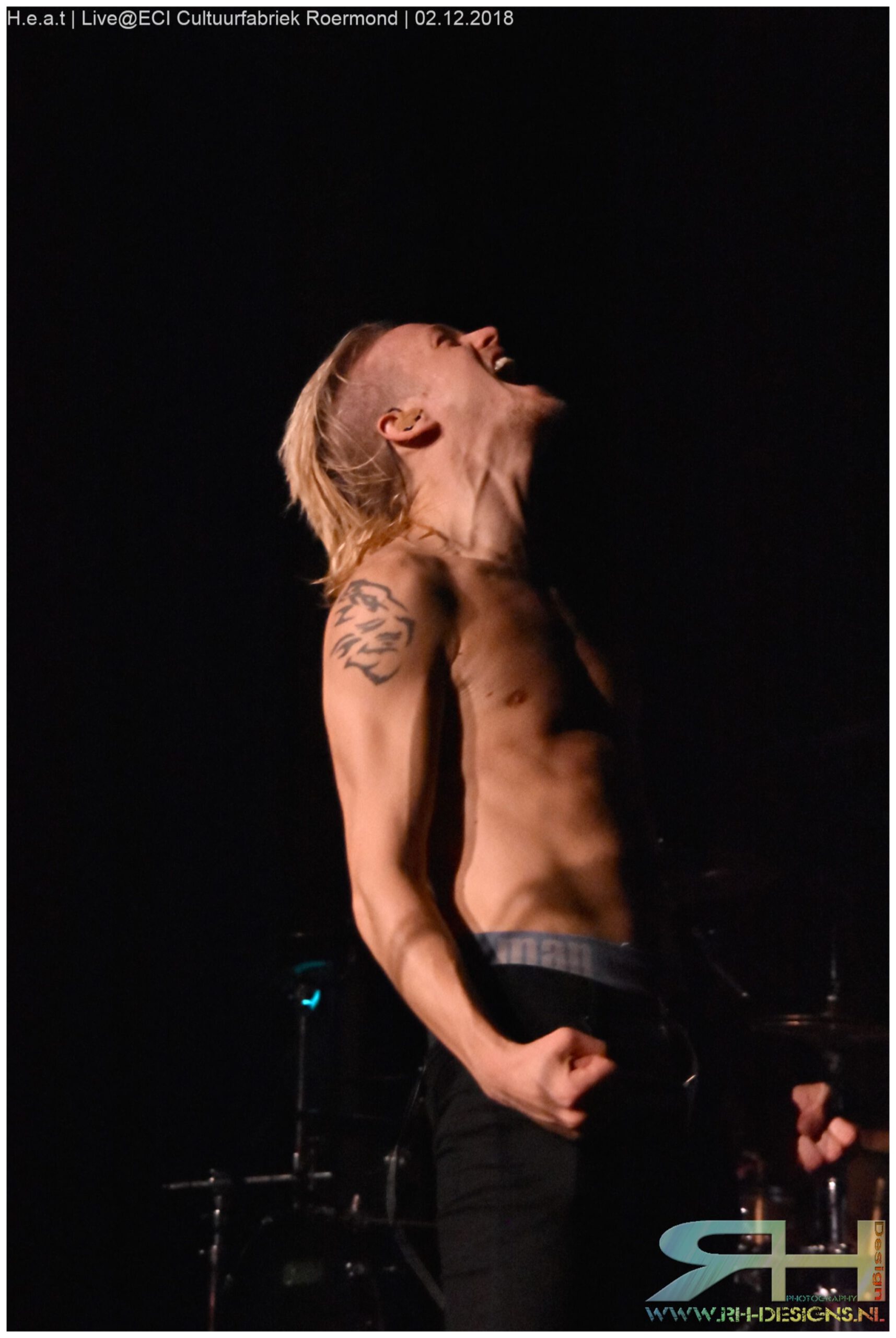