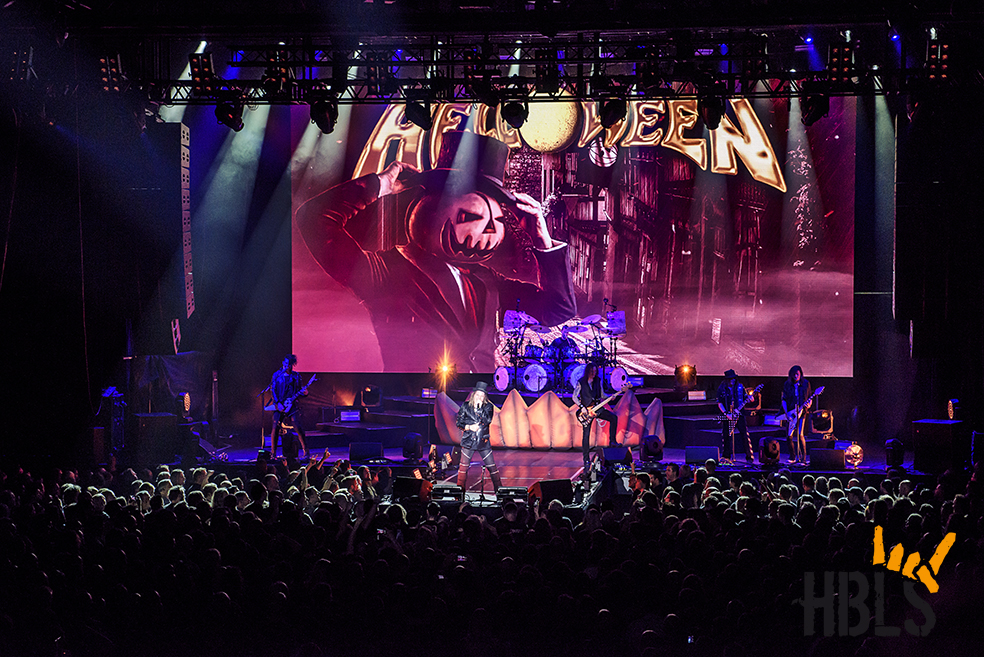 The crusade of German power metal band Helloween is still going strong after 33 years and although these guys still release new, good albums, their current `Pumpkins United World Tour’ can be considered as a brilliant move in heavy metal history. This is a wet dream come true, definitely for the old school fans, because finally the hedges are buried and former singer Michael Kiske and first singer/guitarist Kai Hansen both have returned to the old nest, at least for this tour, to take the fans back to the old days one more time. 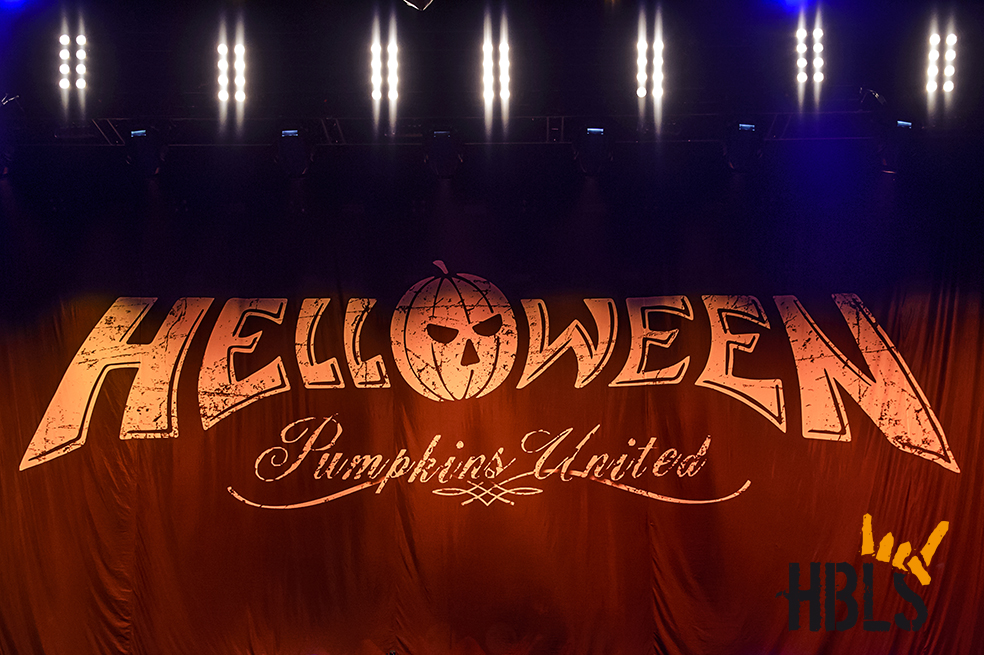 Tonight the pumpkins reside in Poppodium 013 in Tilburg (the only show in The Netherlands) and yes it happened to be the smallest venue on their tour list so far, but the seven-piece can count on a full house, which means over 2500 dedicated metal fans are more than willing and ready to join the 3 hour ride. 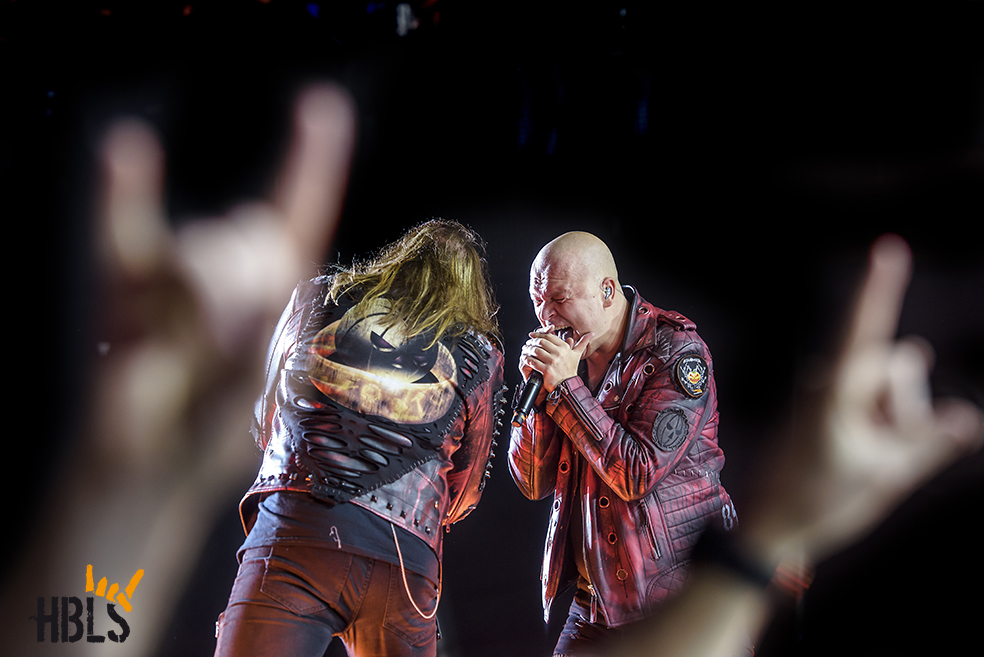 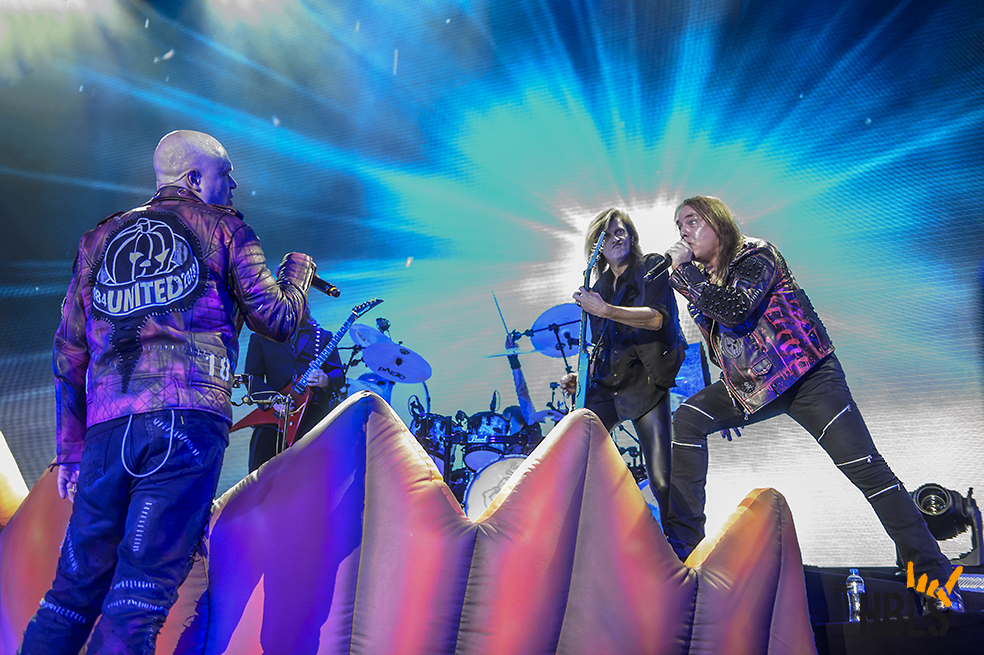 We all couldn’t be more happy when our Metal Gods open with one of their biggest classic track ,,Halloween’’, in which Michael Kiske duels with current singer Andi Deris. They both nailing it and show their voices blend great together, of course supported by the sing-along of the audience. Right from the start this evening is all about brotherhood and having a good time with the fans, celebrating together the love for heavy metal music. The set list shows many old time favourite Helloween classics, such as ,,Dr. Stein’’, ,,I’m Alive’’, ,,A Little Time’’, ,,Kids Of The Century’’, ,,Keeper Of The Seven Keys’’ and ,,Future World’’, mixed with Helloween’s new era tracks like ,,Are You Metal’’, ,,If I Could Fly’’, ,,Waiting For The Thunder’’, ,,I Can’’ and ,,Perfect Gentleman’’, to name a few. Sometimes sung by Kiske and Deris together but both frontmen do take their own spotlight moments during the evening as well, while Kai Hansen has his own trip to memory lane as a lead singer with the medley ,,Starlight/Ride the Sky/Judas’’ and ,,Heavy Metal Is The Law’’. 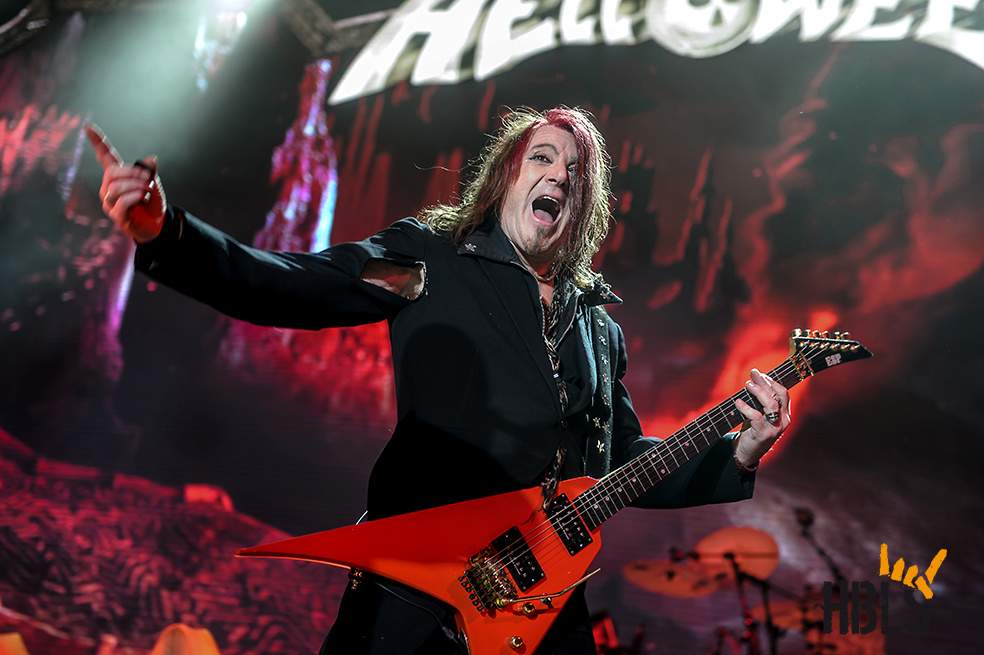 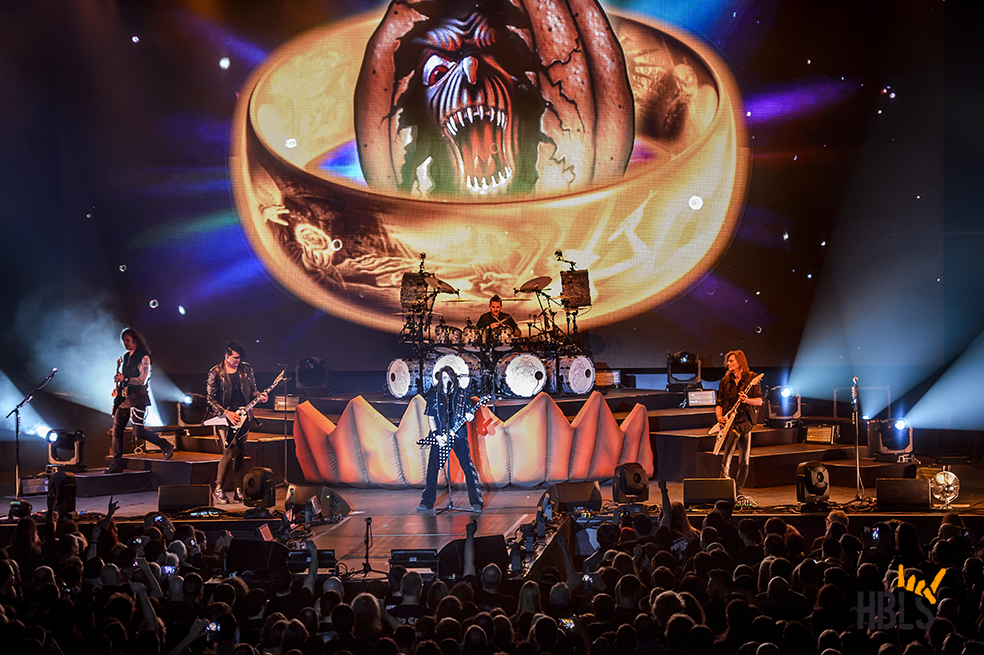 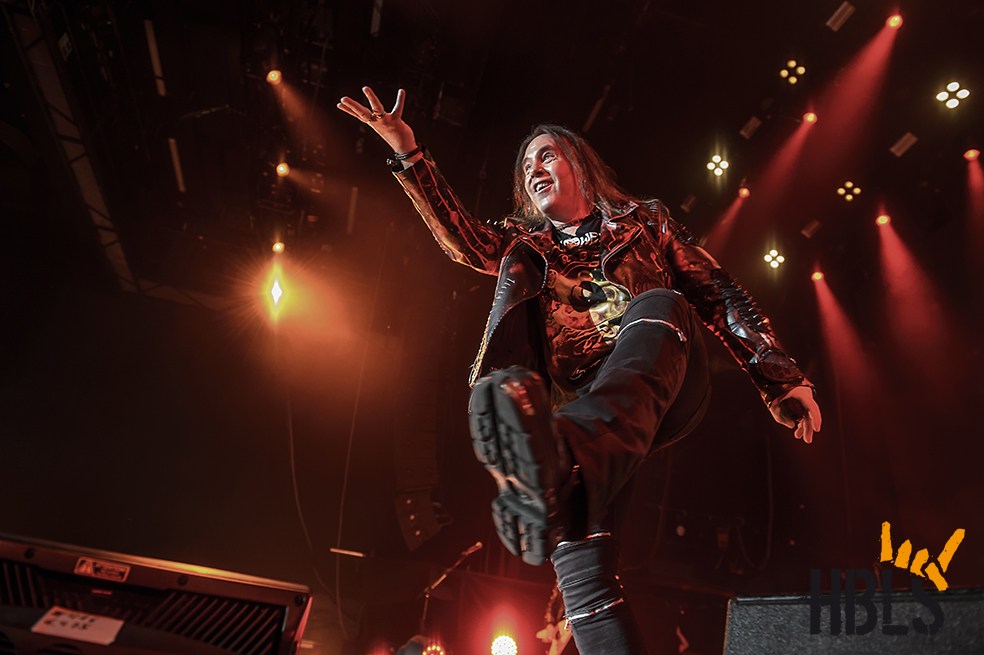 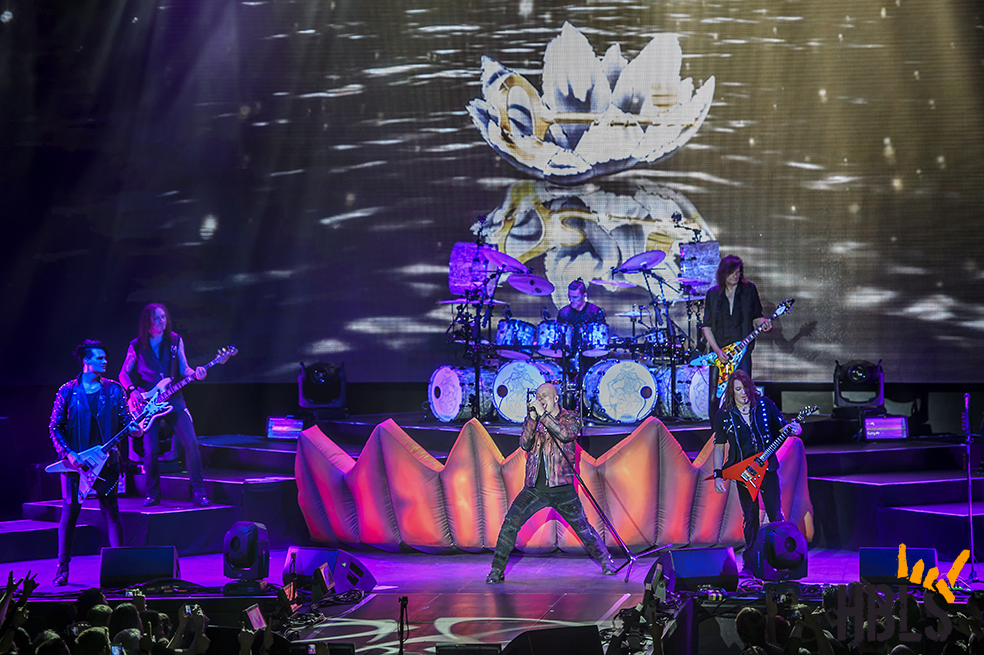 Witnessing Helloween having three guitarists on stage the entire show is a blast, the guitar solos are a treat for the ears and the amount of different great looking guitars these guys are using is a feast for the eyes. As always the band members love to joke around with silly moves and self-mockery, being rock stars on their own tongue and check terms, which is very sympathetic. Also the funny video animations, which are shown on a big backdrop, are an important part of the overall feel-good vibe. Dani Löble once more proves to be a hell of a drummer, doing a real marathon and work out behind the drum kit and together with his band mates he makes sure the audience get what it came for: a sensational set list, a super professional and entertaining performance and the experience of a good connection between the band and the fans. When it is almost time to leave the stage after two sets of encore the classic track ,,I Want Out’’ serves as the grand finale completed with confetti rain and giant black and orange balloons. 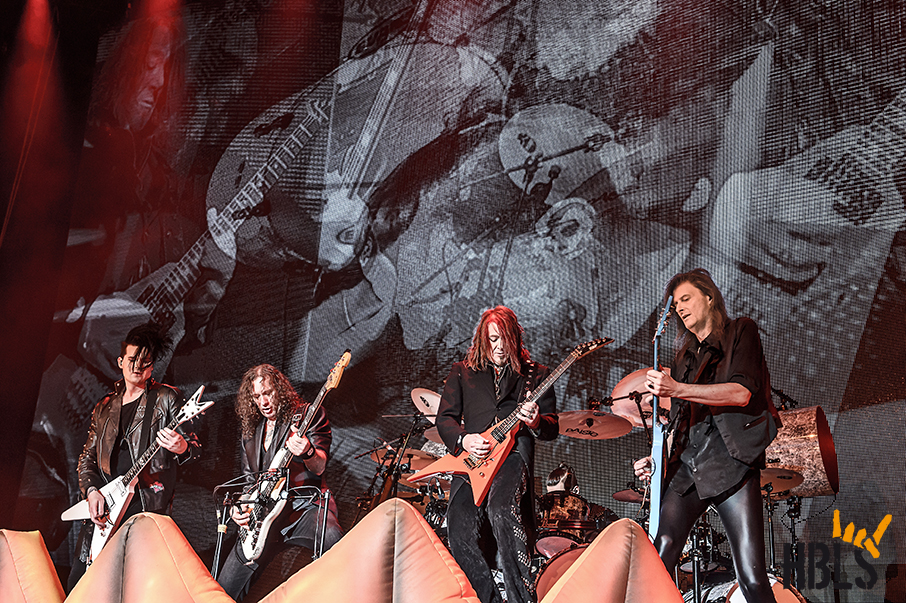 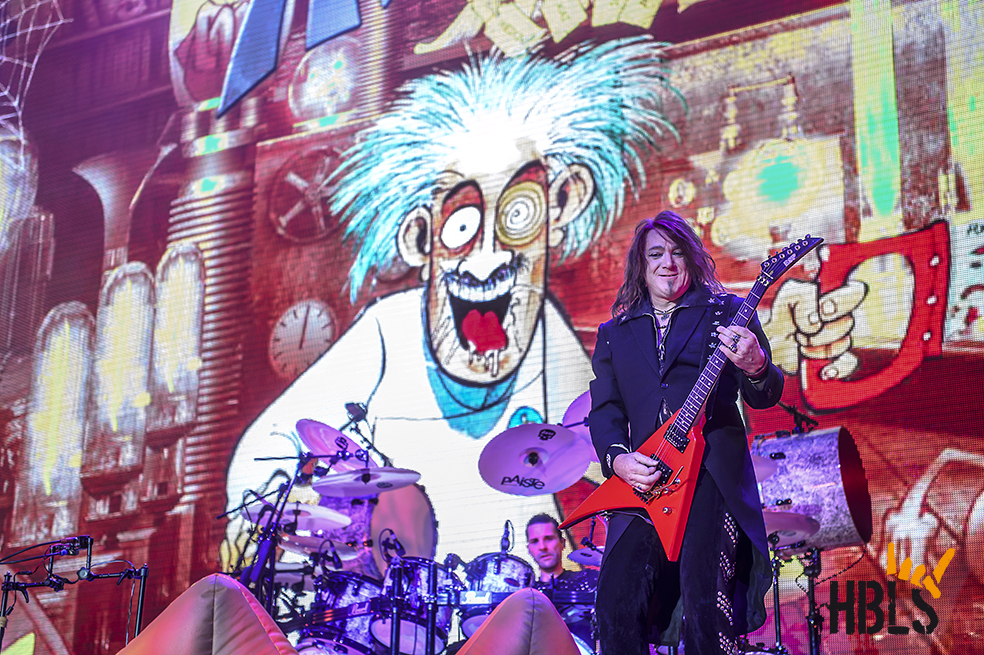 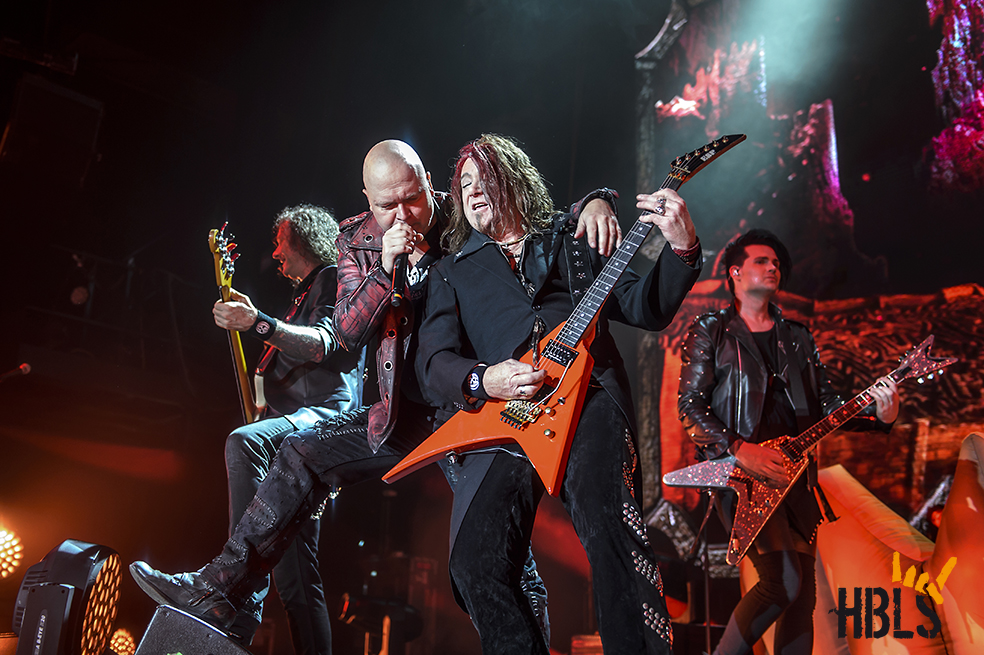 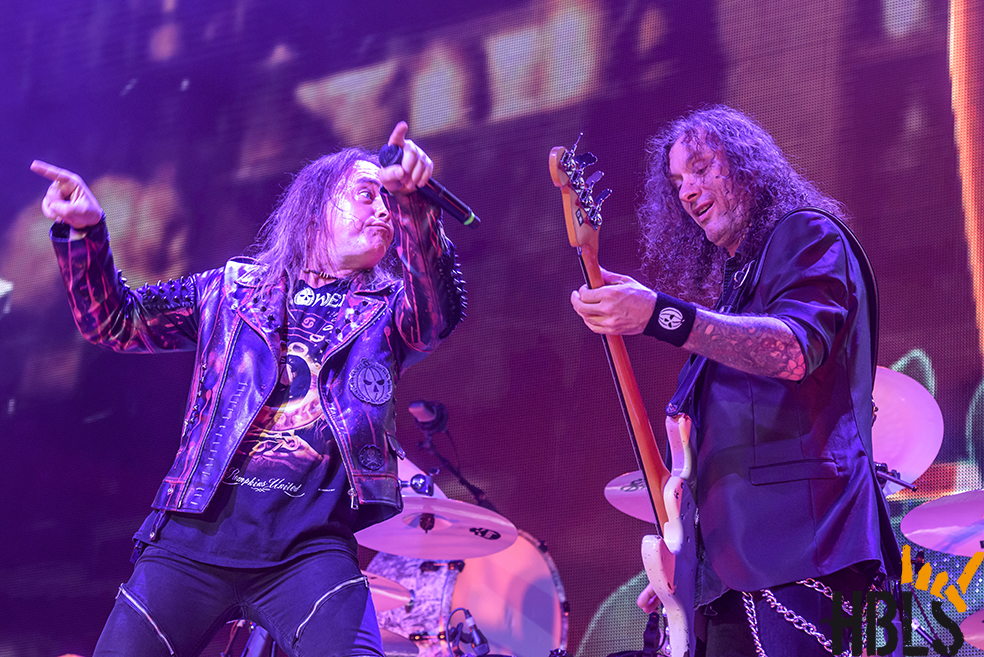 In every aspect this was a happy and successful reunion, not just as far as the band is concerned, but this was also the place to be for bumping into old and new friends you haven’t seen in a while and acquaintances from the past you haven’t talked to in ages. Yeah, sure the `Pumpkins United World Tour’ already made it to YouTube, but watching it on your computer can never replace the great vibe and real live experience of an evening like this.
—
All Photos by Dirk van den Heuvel of DCH-Photography