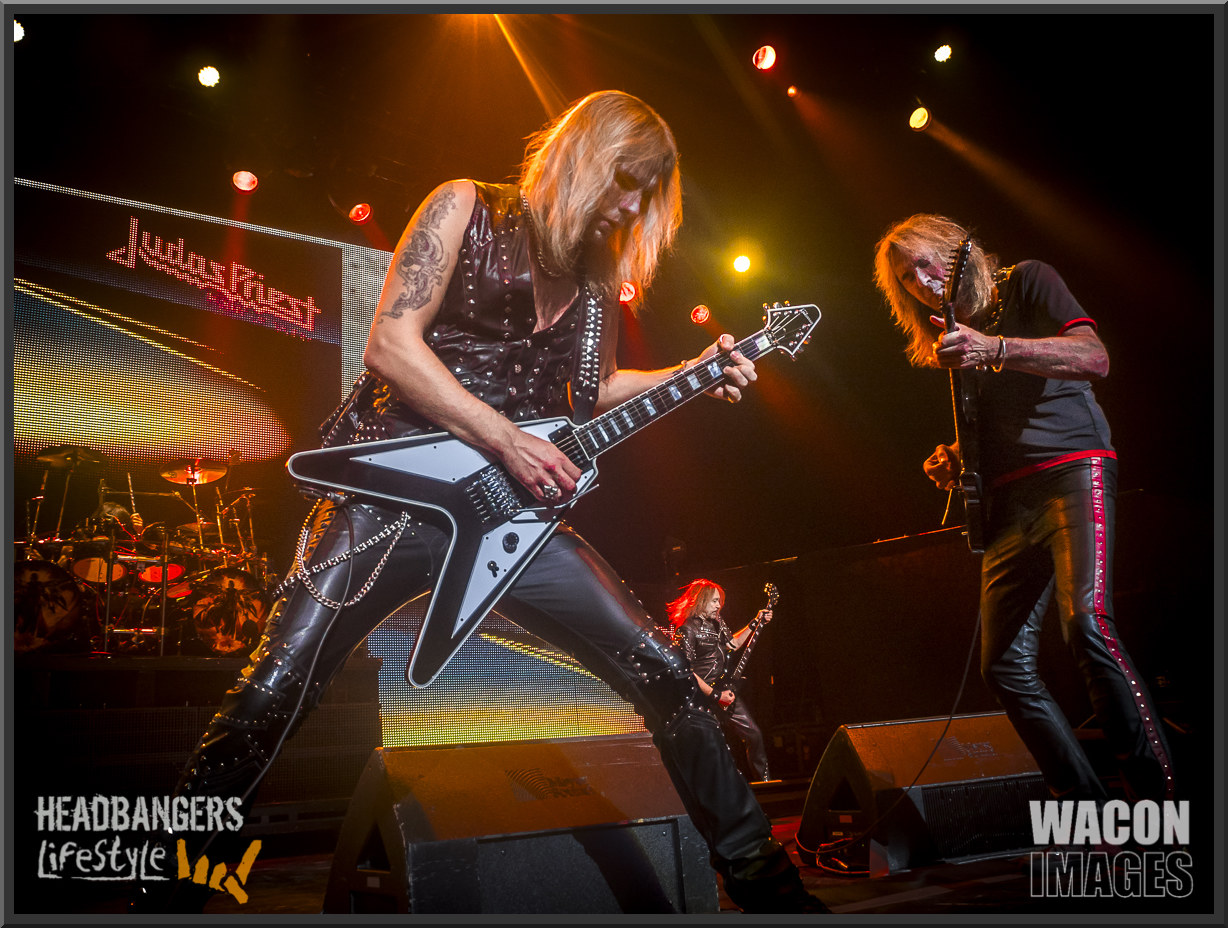 Literally an ‘old fashioned’ concert night in Vorst Nationaal. Especially from the end of the seventies until the nineties this concrete, but nevertheless attractive concert temple was known for its many, sold out hardrock and metal shows. After that period such concerts became less frequent. Tonight we have Judas Priest and UFO so what can go wrong with a package like that? The two bands are contemporary. At the end of the seventies UFO was a mega band and especially with the help of a very young Michael Schenker they rose to stardom. They never maintained that level because of too much internal turmoil. The band kept releasing relevant albums and continued touring in various line-ups. The sound was good and because of the limited time they had, UFO’s setlist was a bit predictable. Phil Mogg’s voice and physics were great, his stage presence not too convincing. Vinnie Moore was the man in that respect. Recent songs like ,,Run Boy Run’’, ,,Venus’’, ,,Burn Your House Down’’ and ,,Messiah Of Love’’ mixed very well with the seventies classics ,,Mother Mary’’ (the opening song), ,,Lights Out’’, ,,Let It Roll, ,,Rock Bottom’’ and of course ,,Doctor, Doctor’’. A solid show without surprises. Although I think Vinnie Moore is a fantastic guitarist I still missed Michael Schenker because his playing gives me goose bumps. 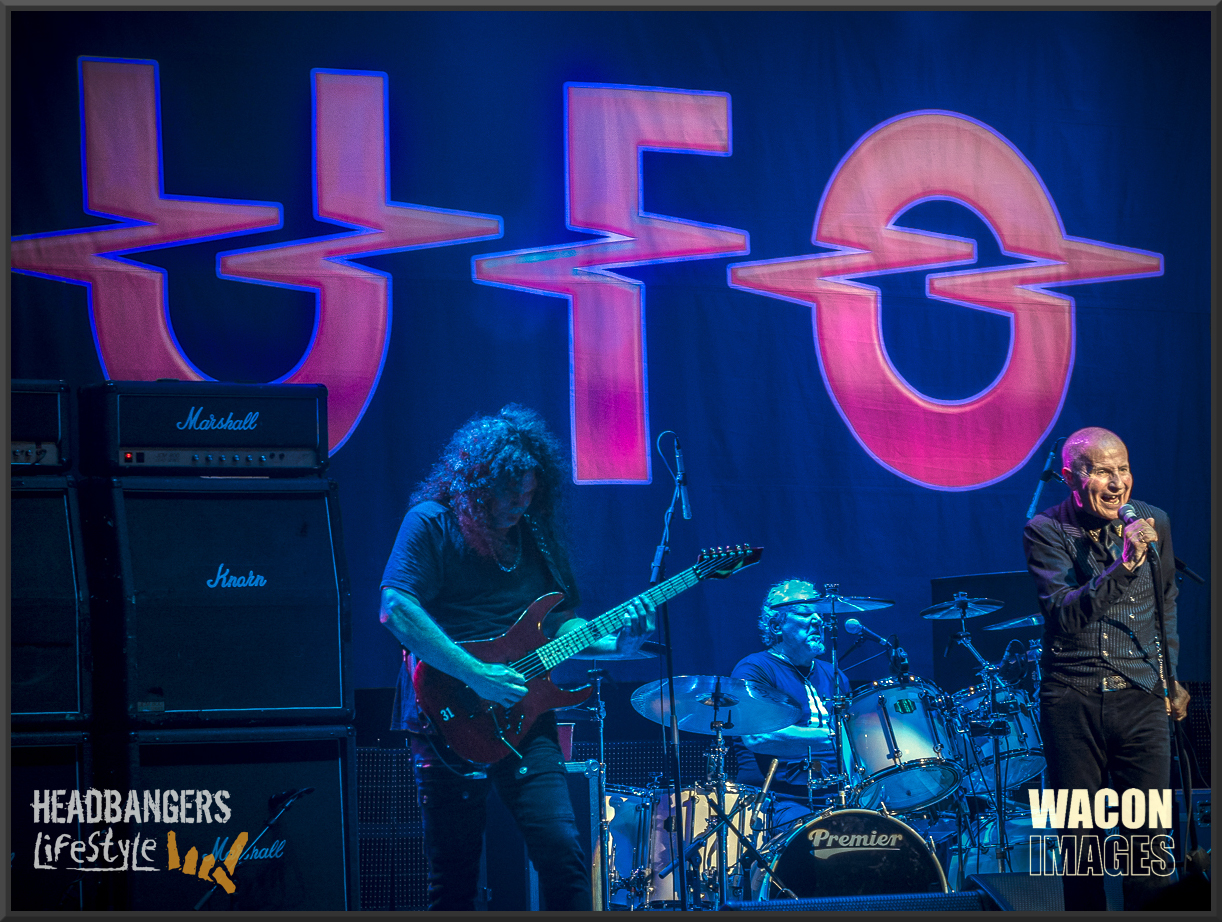 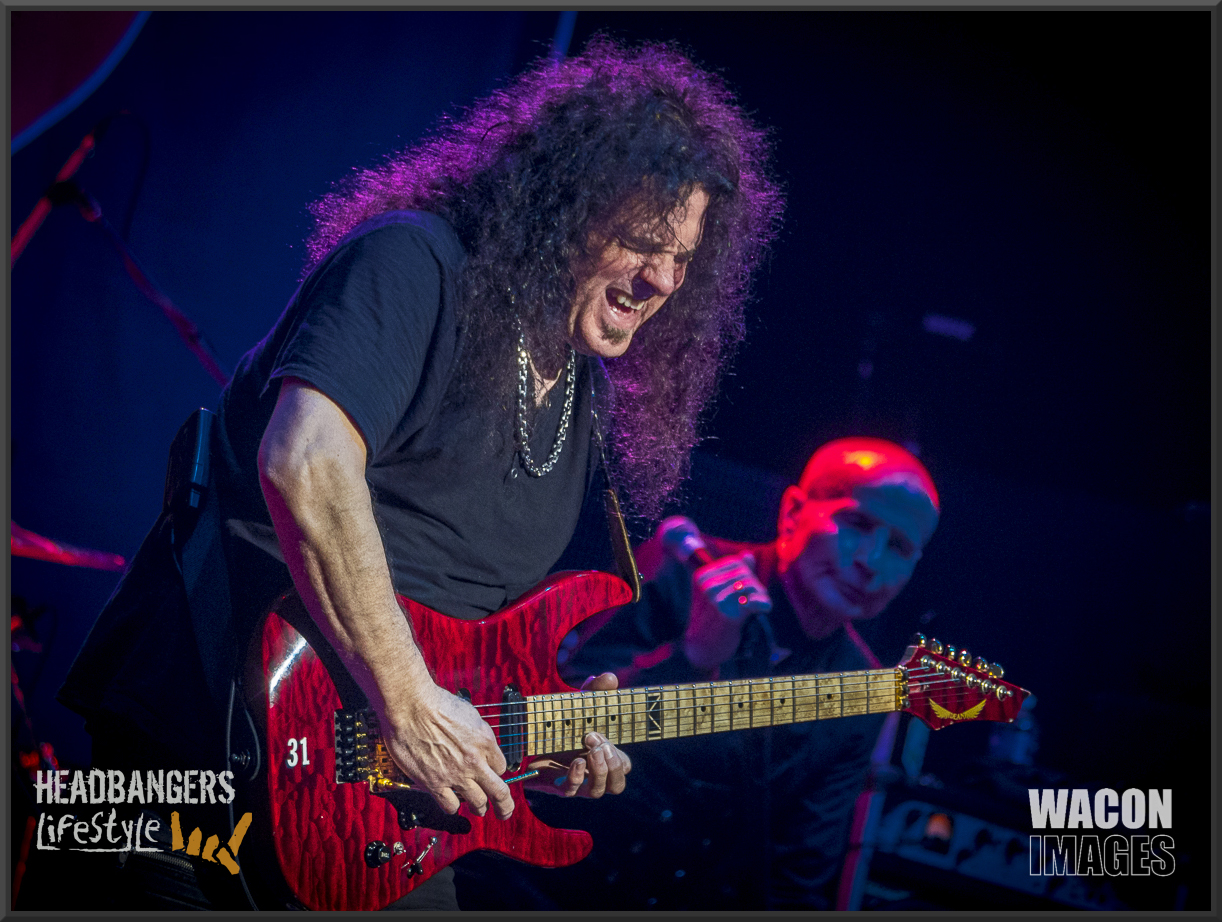 With approximately 3500 visitors Vorst Nationaal is normally half filled but with the ring closed with huge curtains and the stage moved forward it looked almost sold out which was a smart thing to do. The band members are not the only ones getting older, the audience is as well and they feel that going to see their favourite band once a year is enough. There are entire families with people far in their sixties with their son or daughter and their kids again, all dressed in denim jackets with band patches on it, very special. 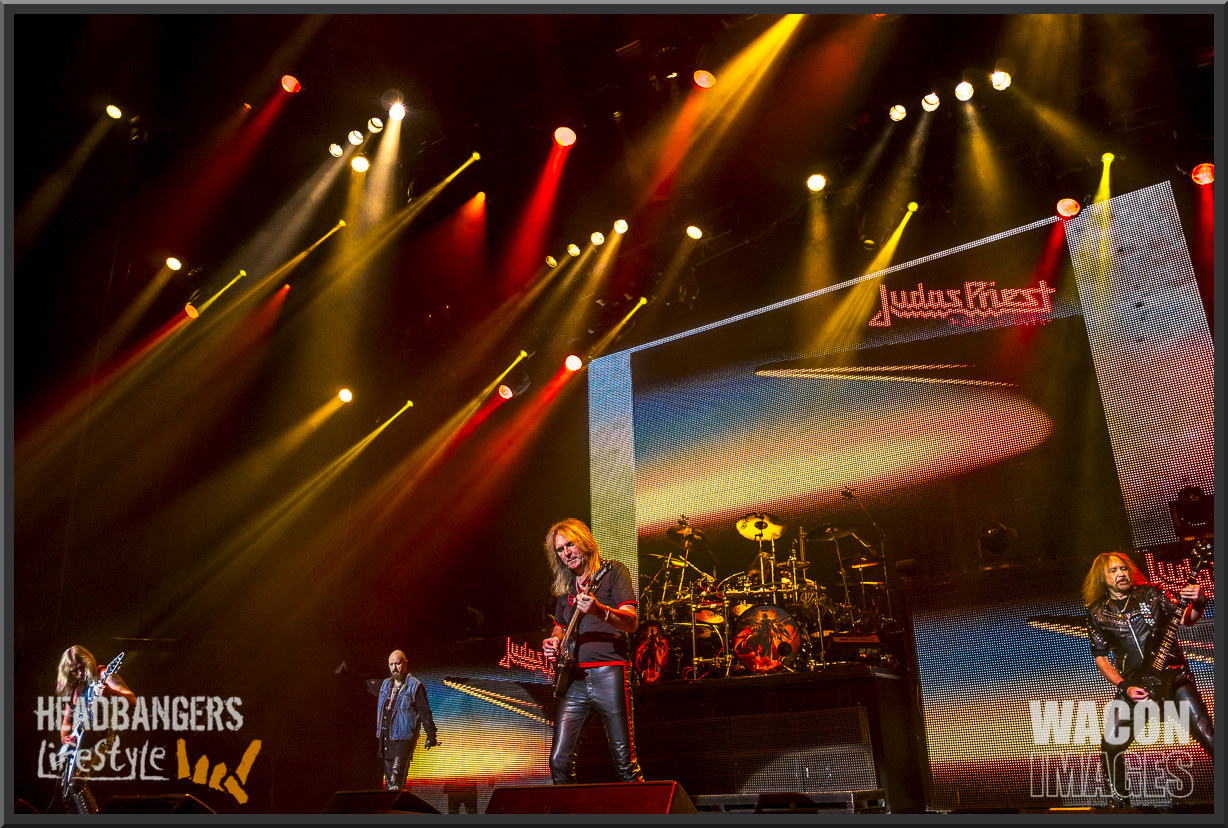 My first Judas Priest show was at this same venue in 1984. And now with Rob Halford and Ian Hill being 64 and Glenn Tipton 68 it is somewhat confrontational concerning my own age. Scott Travis is a bit younger with his 55 years but Richie Faulkner is the Benjamin of the band with his 35 years. He is also responsible for the Priest’s newfound energy. 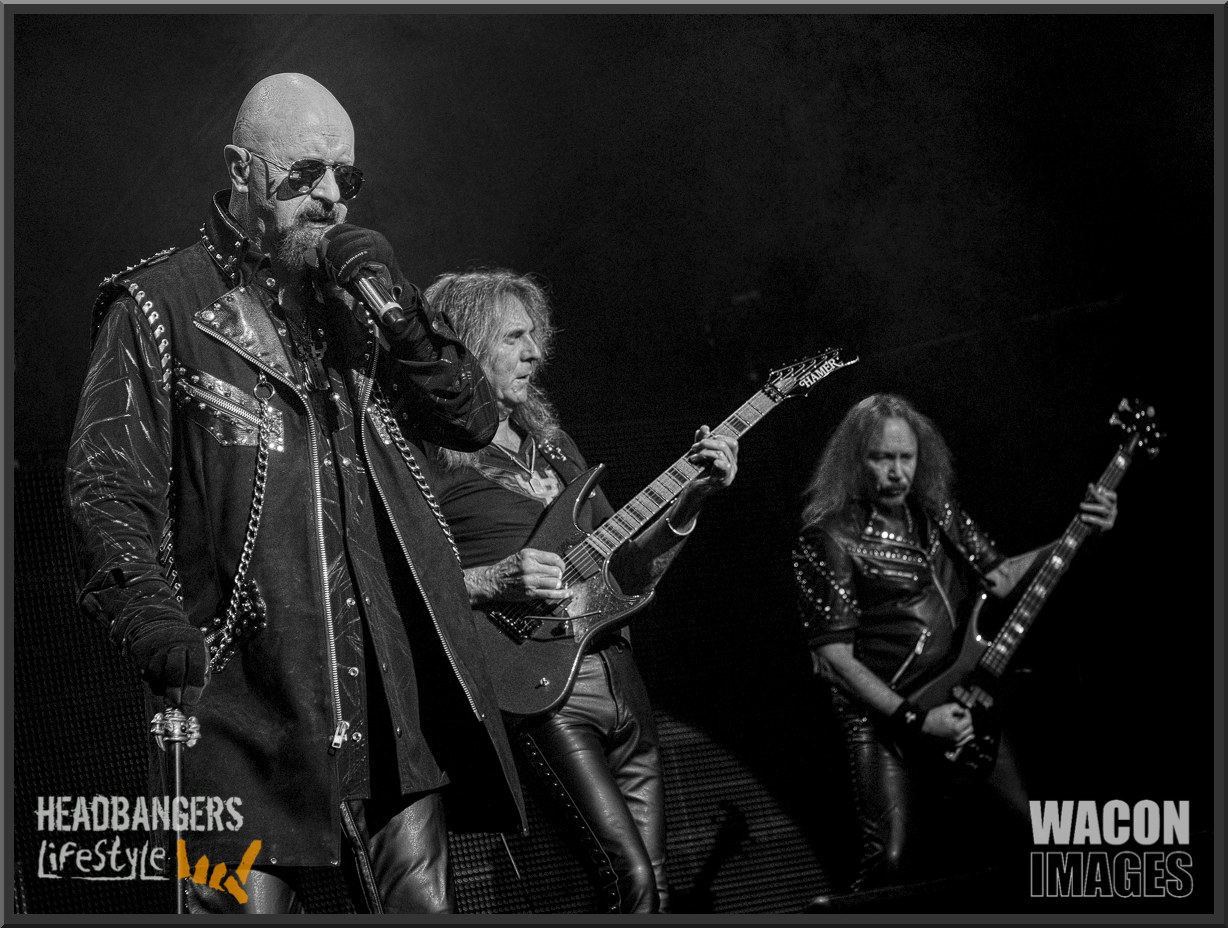 Tonight, like in the eighties, the band went through the setlist like an unstoppable train. They have a modern stage show with a lot of video-screens with constantly moving projections. Sometimes it looked like the drummer was literally floating above the stage because part of the video wall was placed underneath the drum-kit. From the very first song it was huge and loud with the guitar and drums as the driving force behind Judas Priest’s sound. Halford sounds okay and he even hits the high notes although rumour has it these are partly dubbed. The setlist is a nice mixture of old, mid-career and recent songs. Starting with the fast and heavy ,,Dragonaut’’, followed by ,,Metal Gods’’ the show is on the roll. ,,Desert Plains’’ is a slower track and ,,Victim Of Changes” a classic which they did do justice tonight. ,,Halls Of Valhalla’’ and ,,The Rage’’ were okay but the majority of the audience came to hear the classics. Halford seems to force his voice during ,, Screaming For Vengeance’’ and it takes a while before the balance is back. In the slow part of ,,Beyond The Realms Of Death’’ Halford’s low voice gets its chance and he delivers. Originally more poppy rocksongs like ,,Turbo Lover’’ and ,,You’ve Got Another Thing Comin’ ‘’ never sounded heavier since the time Faulkner joined the band. The mighty ,,Electric Eye’’ and ,,Painkiller’’ are heavy metal in its purest form. The set finishes with ,,Living After Midnight’’ and that is something a small part of the audience misses because they already leave the hall which I think is very annoying. 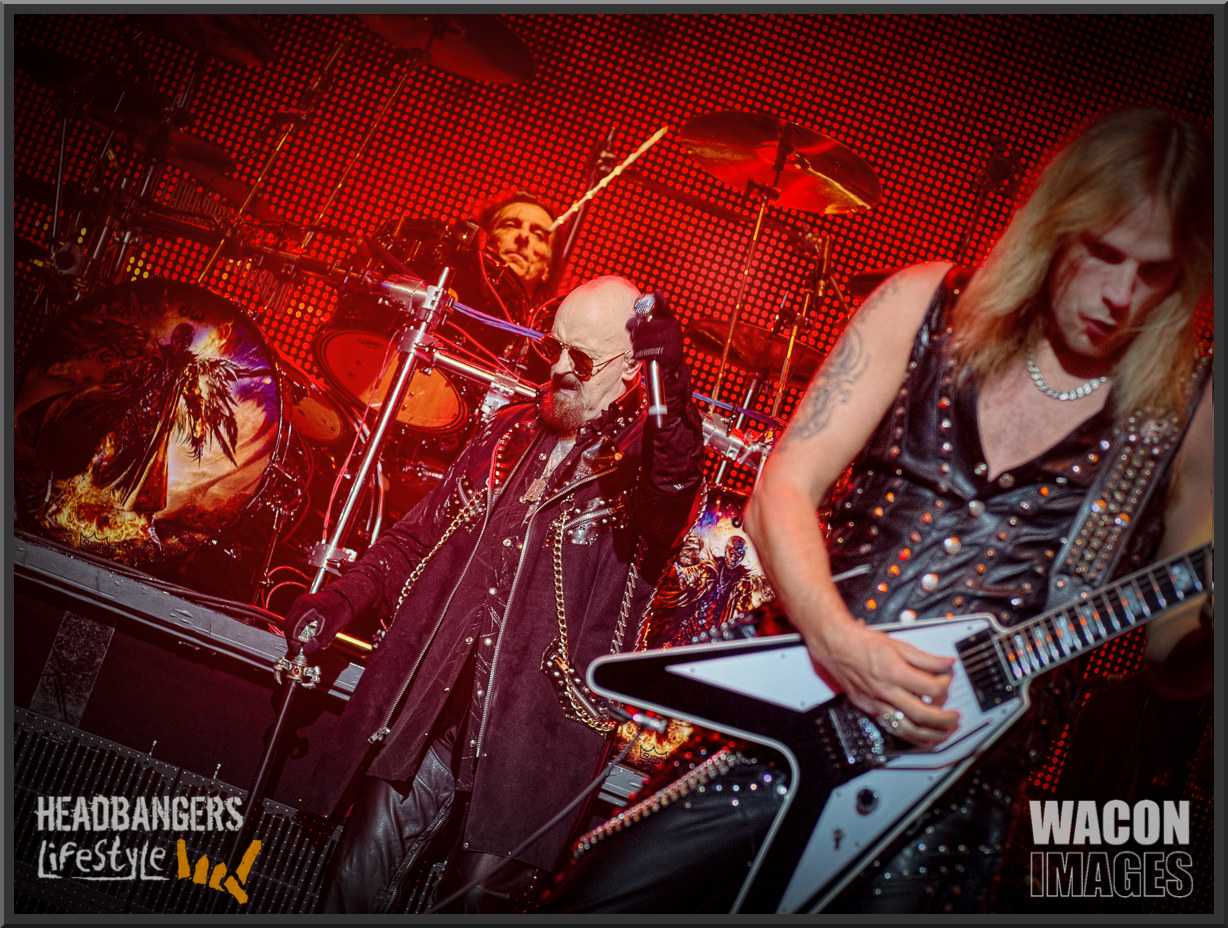 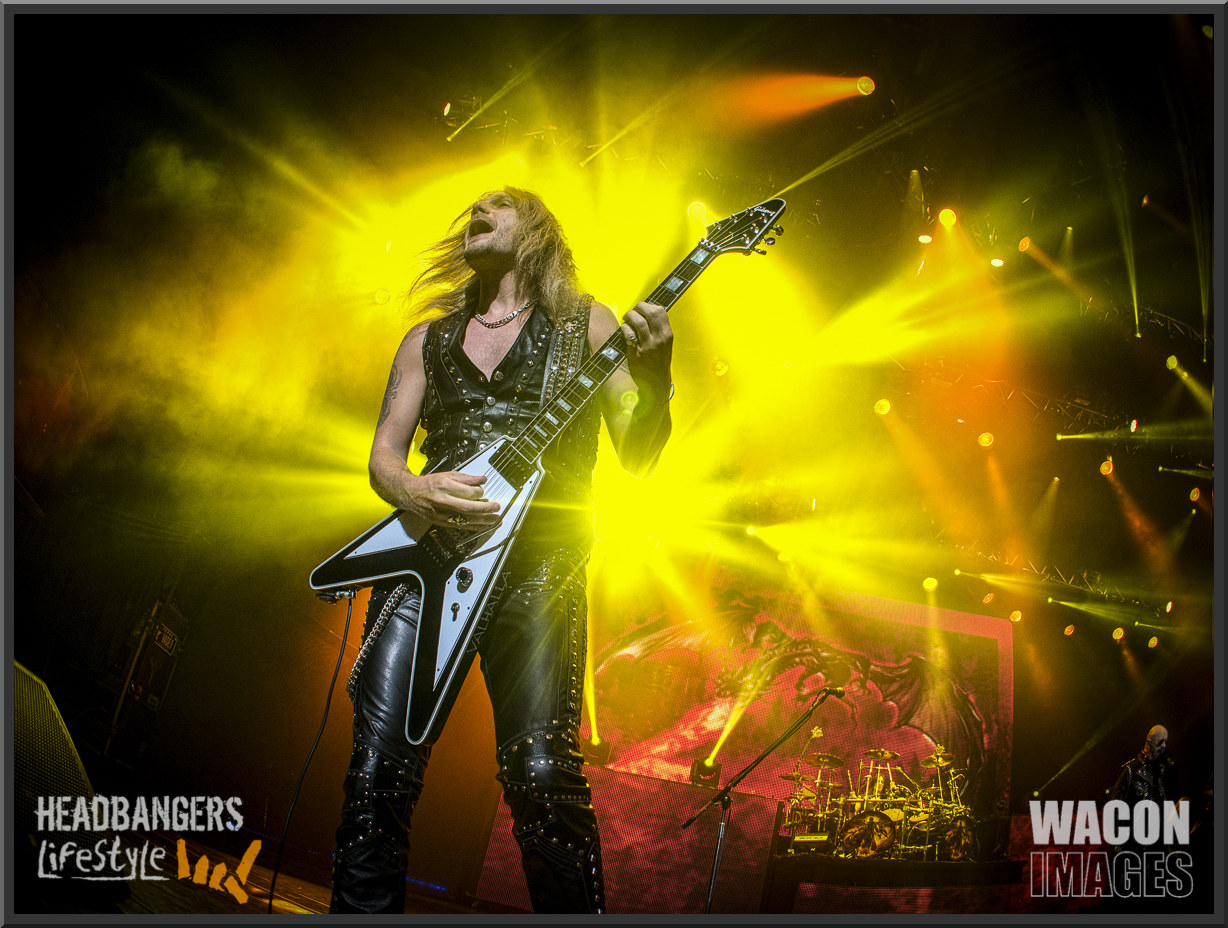 After the show we heard that Rob Halford wasn’t feeling too well during the show which explained the fact he wasn’t really inter-acting with the audience but even more respect to him for the fact he did a great job vocal wise. Judas Priest is still very much alive and kicking and with a fit Rob Halford the show would have been even better.

Fans of all ages united 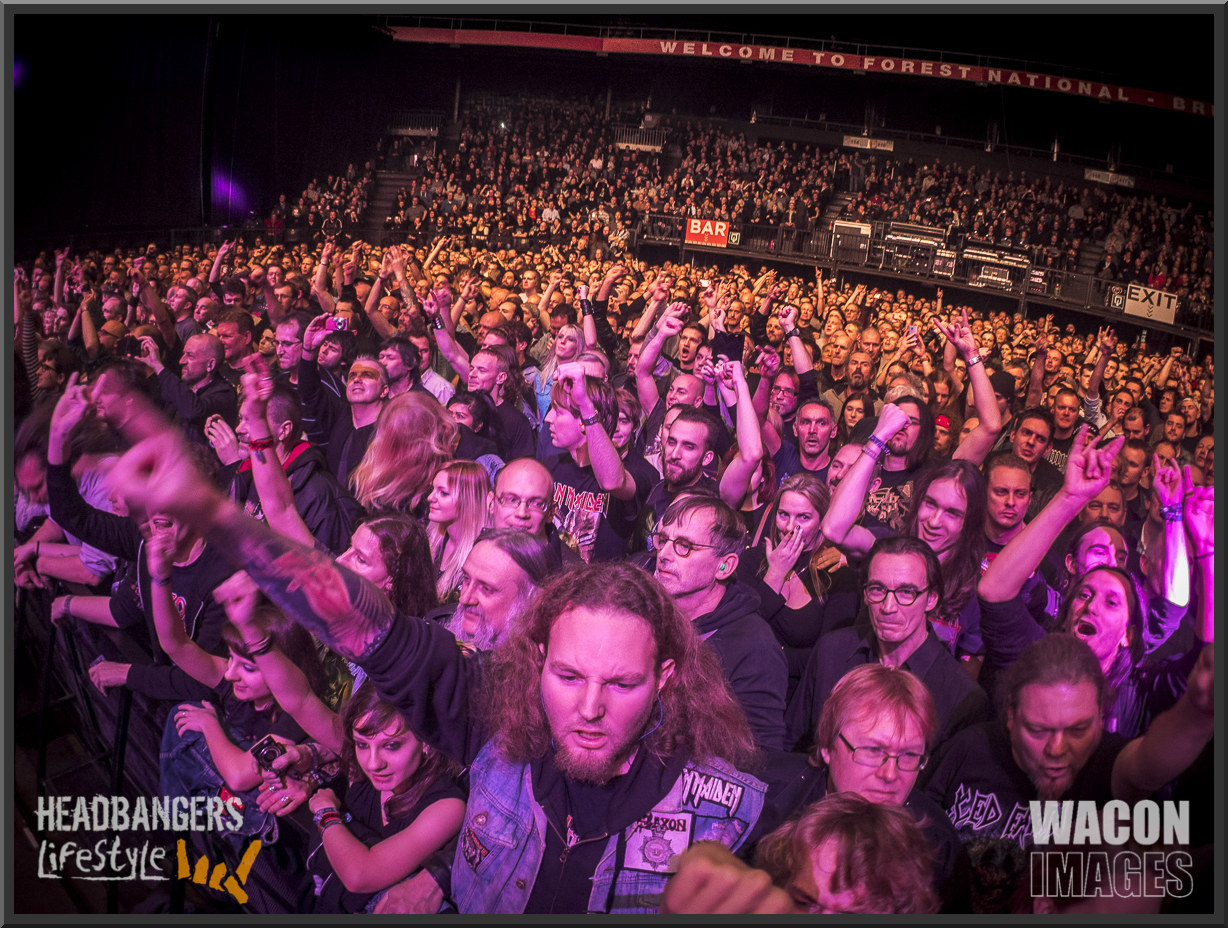 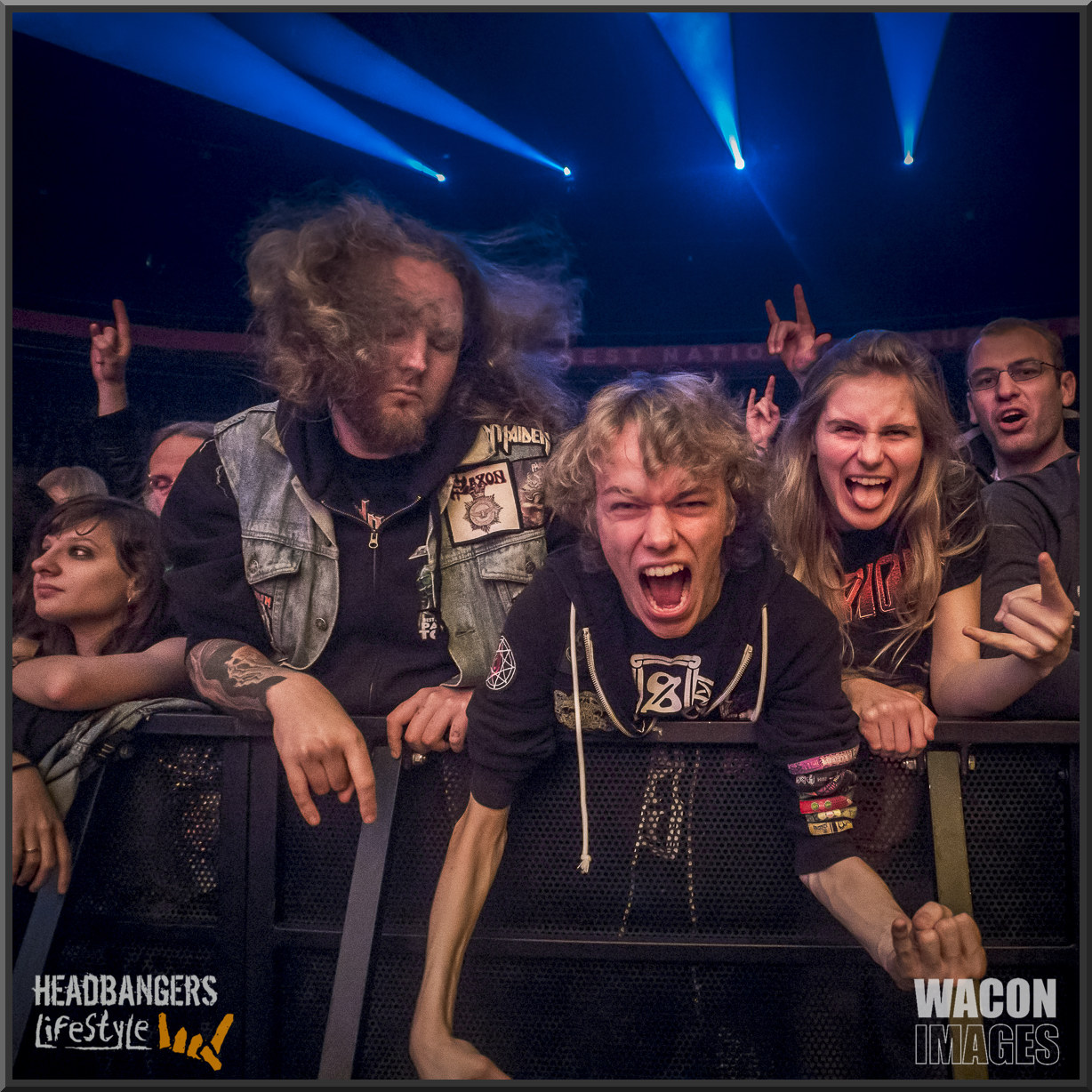 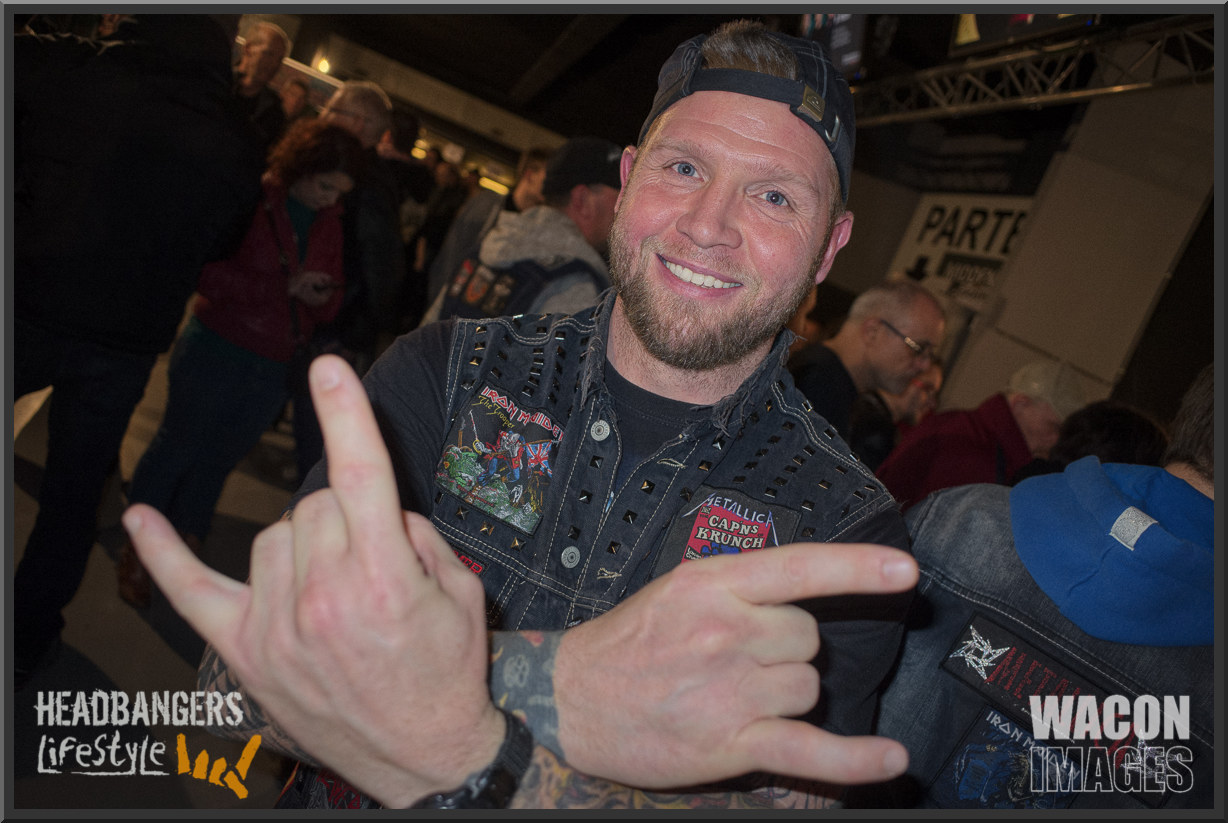 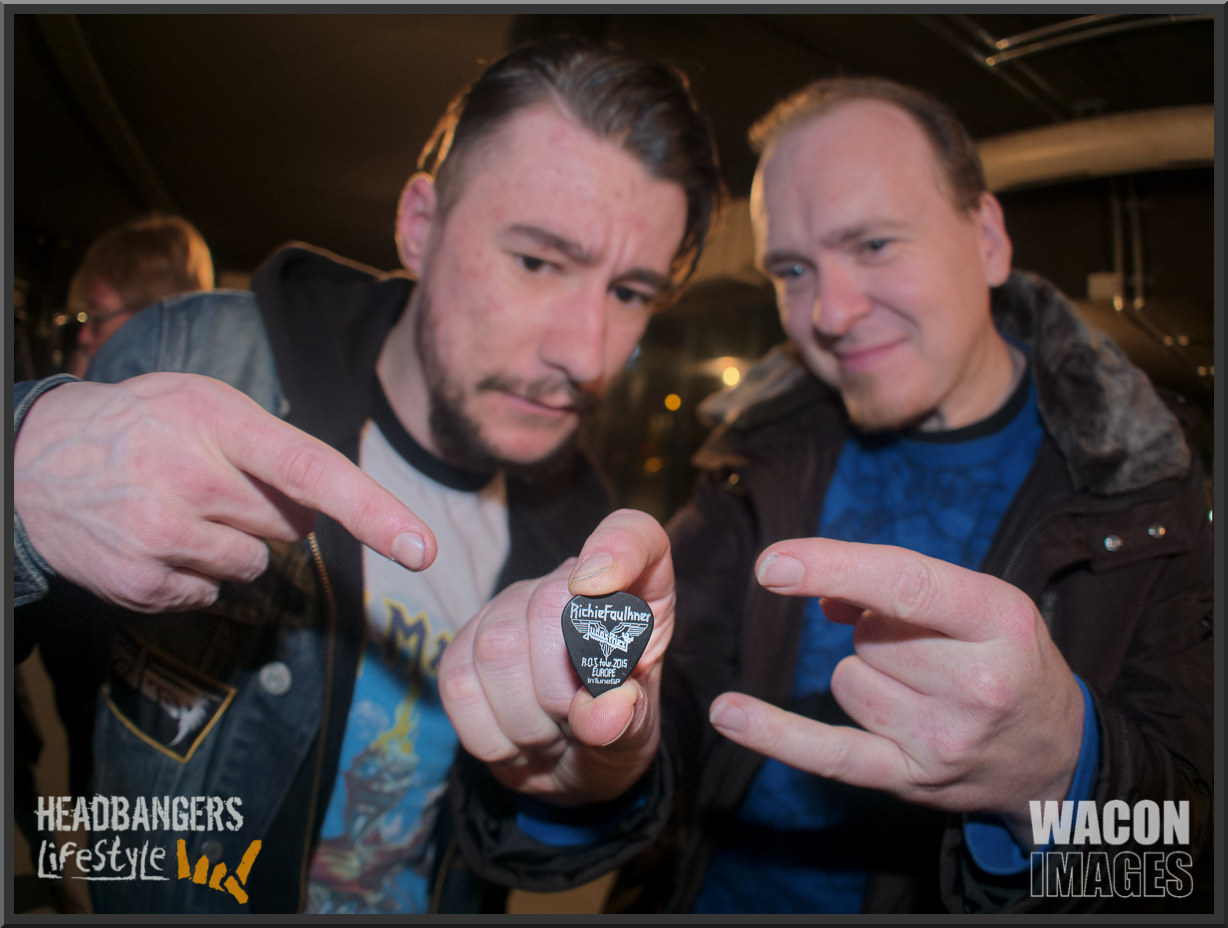 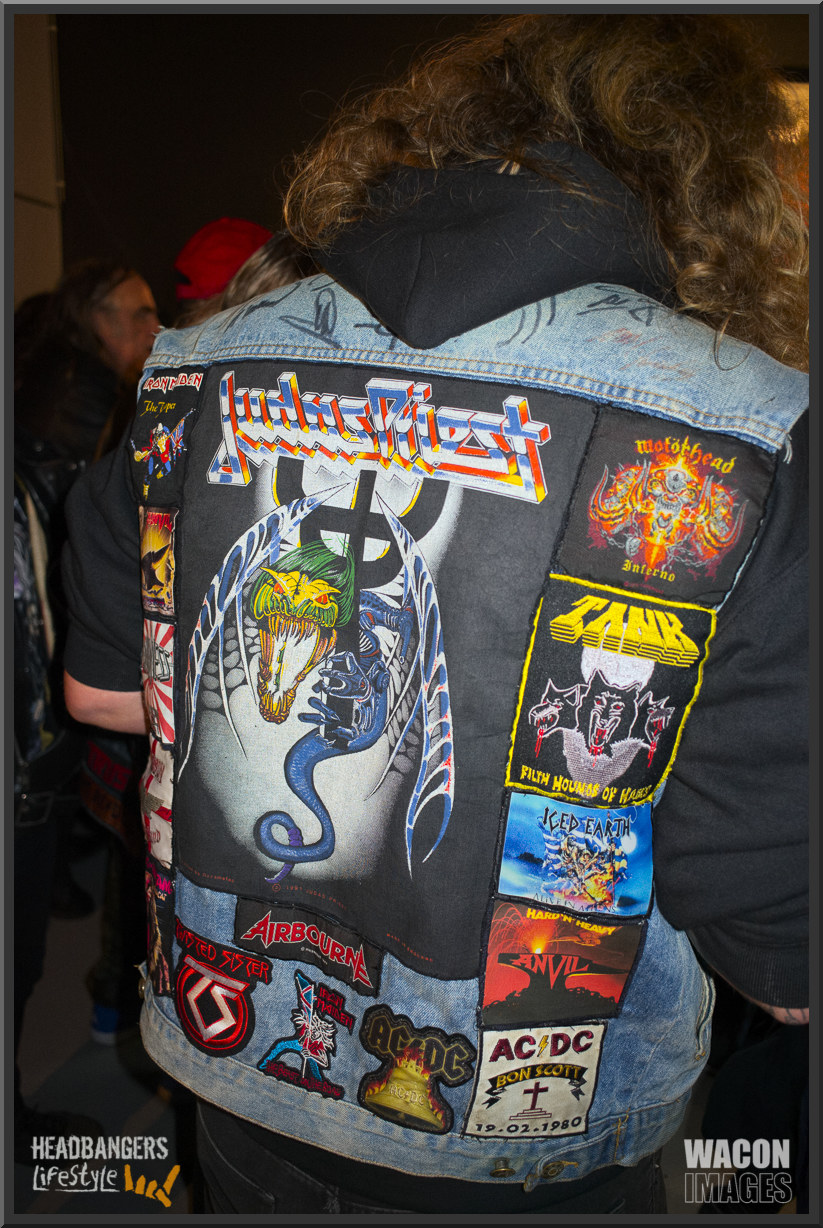 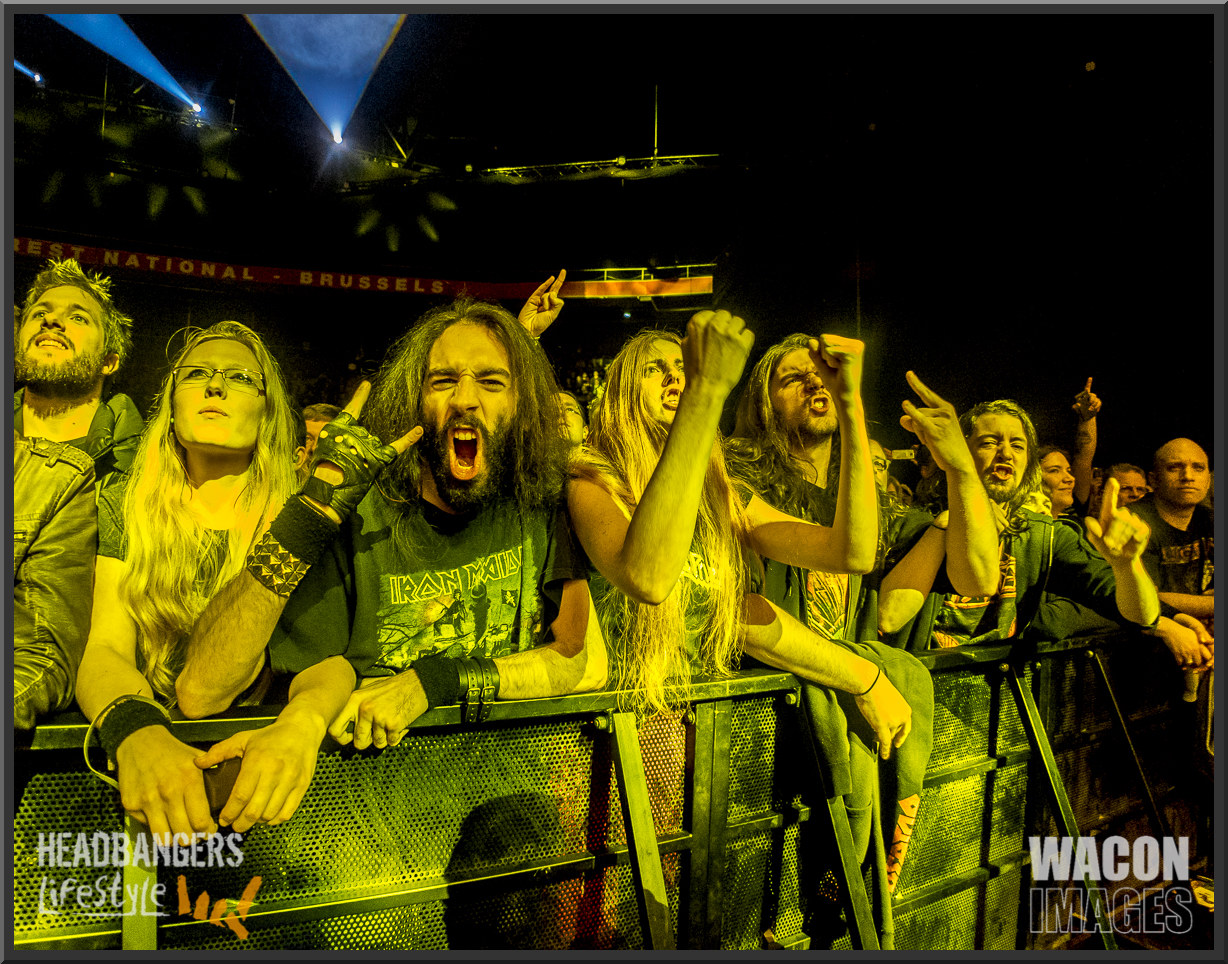