Maria Brinks singer of In This Moment 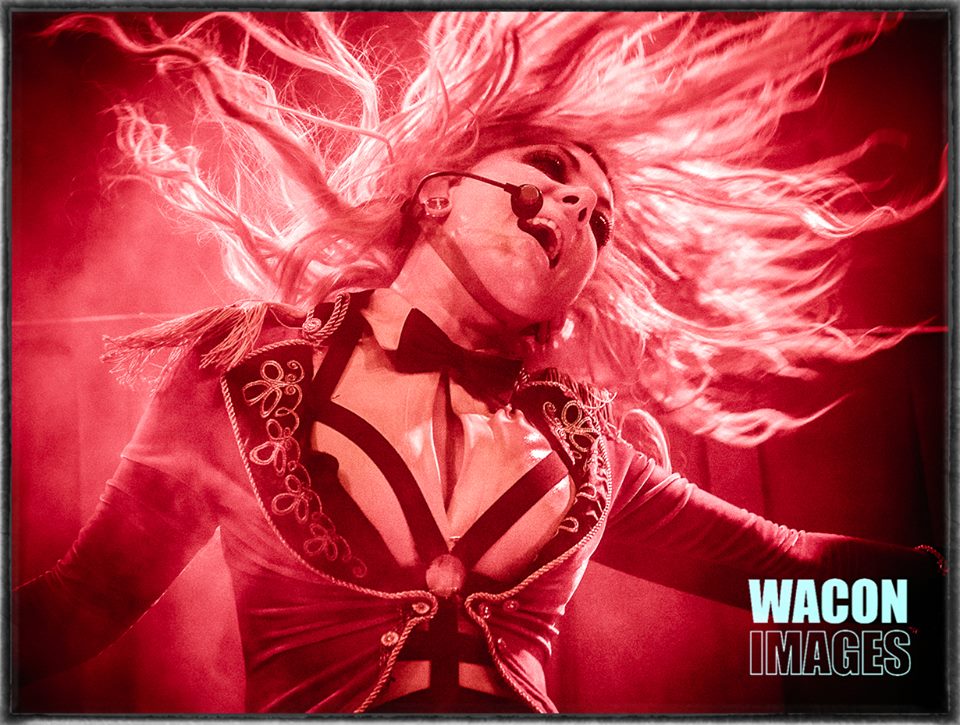 Maria Brinks singer of In This Moment

After hundreds and more hundreds of visiting and photographing gigs it is still great of course, but it also takes more to get that bit extra exited as like you were a teenager once again.

This evening In This Moment landed on stage in Utrecht: Maria’s Brink Wonderland. Even before the gig you felt in the audience a certain vibe of excitement. The same excitement like when Marilyn Manson or Rammstein played their first gigs on Dutch ground.                    It was nice to see how much different kind of people formed the audience. People from all kind of ages, emo-youngsters, gothics, a few punks and old school metal fans. A way more diverse audience than I am use to see on most gigs (besides festivals).
The production of the stage show was quite large, maybe a bit too big for this stage. The front pit was very narrow, but there was good collaboration between the photographers.   We were supposed to shoot the first three songs as most of the time. However, in the end we were allowed to stay front stage most of the gig. A nice surprise! I wanted to photograph from different angles and locations in the hall. Missed a few great front moments on my way to the balcony. But that is vice versa for the other photographers as well most of the time. There was a lot going on during this show and difficult to choose close-up or wide-angle shots. The close-up shots were most challenging because of Maria’s long blond hair moving around all the time. Hard to catch here with her eyes open. I have many nice shots, but somehow I like this one most from this show. For quite a big part of the show I really felt excitement, both in the audience as myself as well. A great feeling getting goose bumps again at a show. Was it the show of the year or the best show ever? Guess not. A two or three songs longer performance was welcome. And Maria changing her outfits was great for pictures and for the fans, but slowed down the some a few moments as well. The overall experience was wonderful! After the show you could still feel that same vibe in the audience as just before the show. Lucky in Tivoli/Vredenburg you are not forced to leave minutes after the last song, but you can enjoy a few drinks and talks with friends and new people you met. When you had to leave after a while, down floors lounge bar is still open. It even had a public street entrance for non-concert visitors.