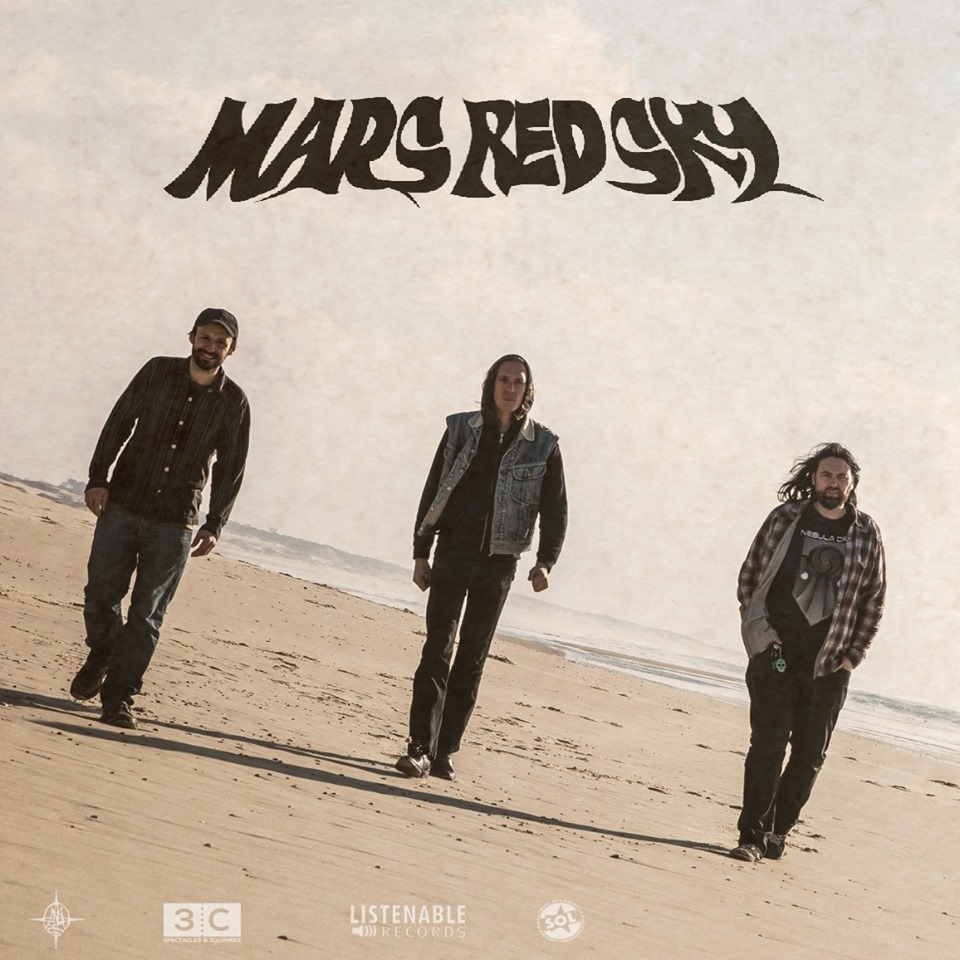 If you manage to draw two hundred visitors during your third visit to Cologne, compared to fifteen at the first show, your popularity is clearly on the rise. Having said that, French doom formation MARS RED SKY is still a relatively unknown gem. Simply qualifying them as doom however is selling this trio grossly short. Although firmly rooted in the tradition of heavy chords and slow compelling grooves, these Bordeaux natives have a significant lot more to offer. Spaced out psychedelics and enchanting melody lines give Mars Red Sky’s doom more color and depth than any other doom based band I can think of. “Spaced out melodic progdoom” is how I would sell it if I were their promo man. The contrast between light and dark, which so uniquely characterizes their studio output [so far the trio released four albums and a few EP’s] is also coming to full bloom on stage. 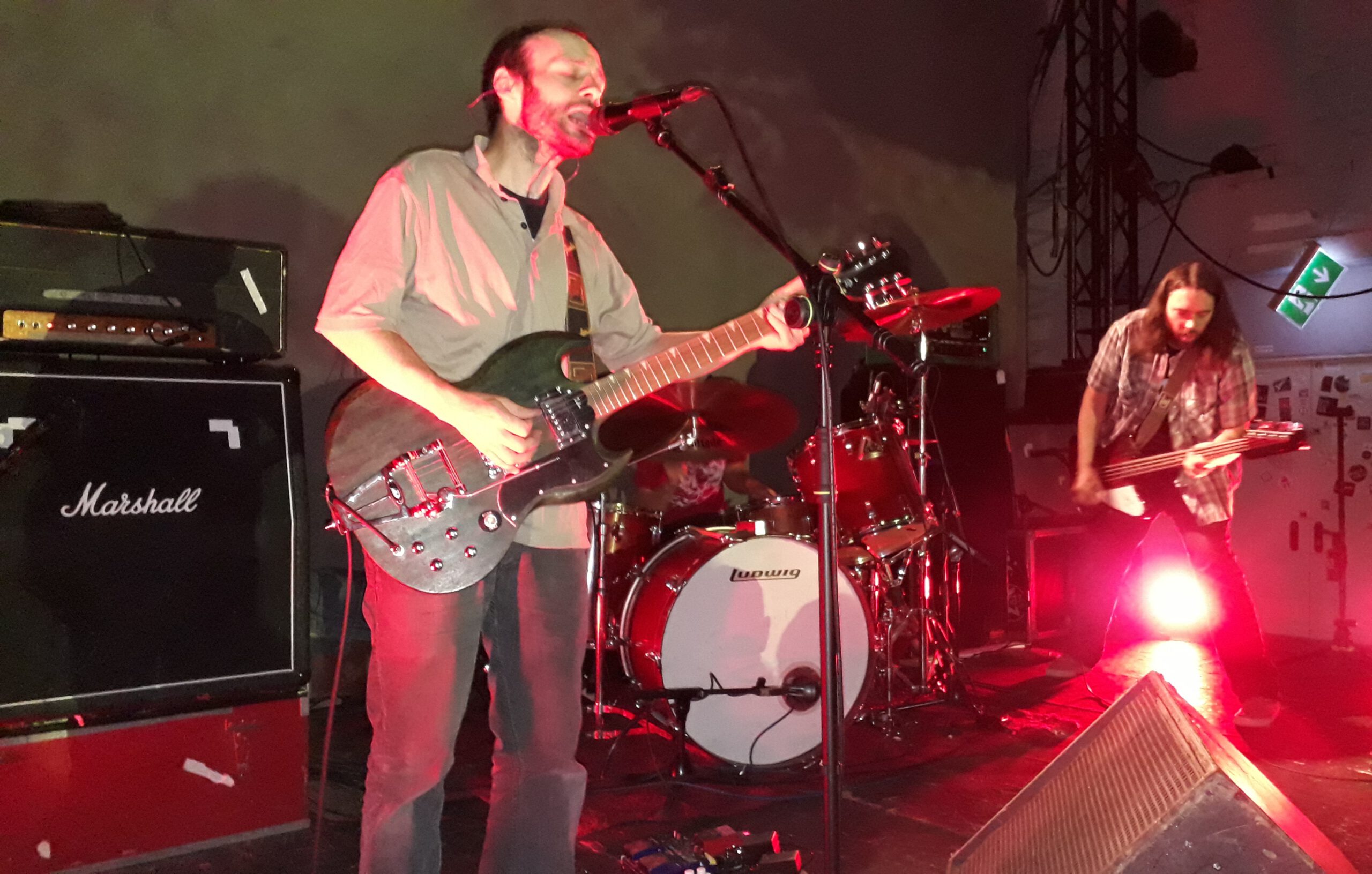 The sound they manage to lay down as a threesome is downright impressive and the fact that everything is played live without use of tapes or loops makes my respect only bigger. The frequent use of foot pedals requires full stage focus but it is not affecting the performance in a negative way. Over the past five years Mars Red Sky has grown into a rocksolid collective and the men are blessed with a good portion of natural charisma. They showcase a great belief in their own abilities and the love for their music can be read from their bodies. For the full length of the show the audience gets carried away by the captivating sounds coming off the stage. Main attraction is singer/guitarist Julien Pras, behind whose small figure hides a great performer and  personality. His small physical appearance is in huge contrast with the impressive sound that he produces. By fully opening up and showing his most vulnerable side as a singer he proves to have balls the size of melons. His ethereal and ceremonial vocal delivery makes for a beautiful counter-force in this super heavy musical setting. All elements combined make an enchanting soundboard. 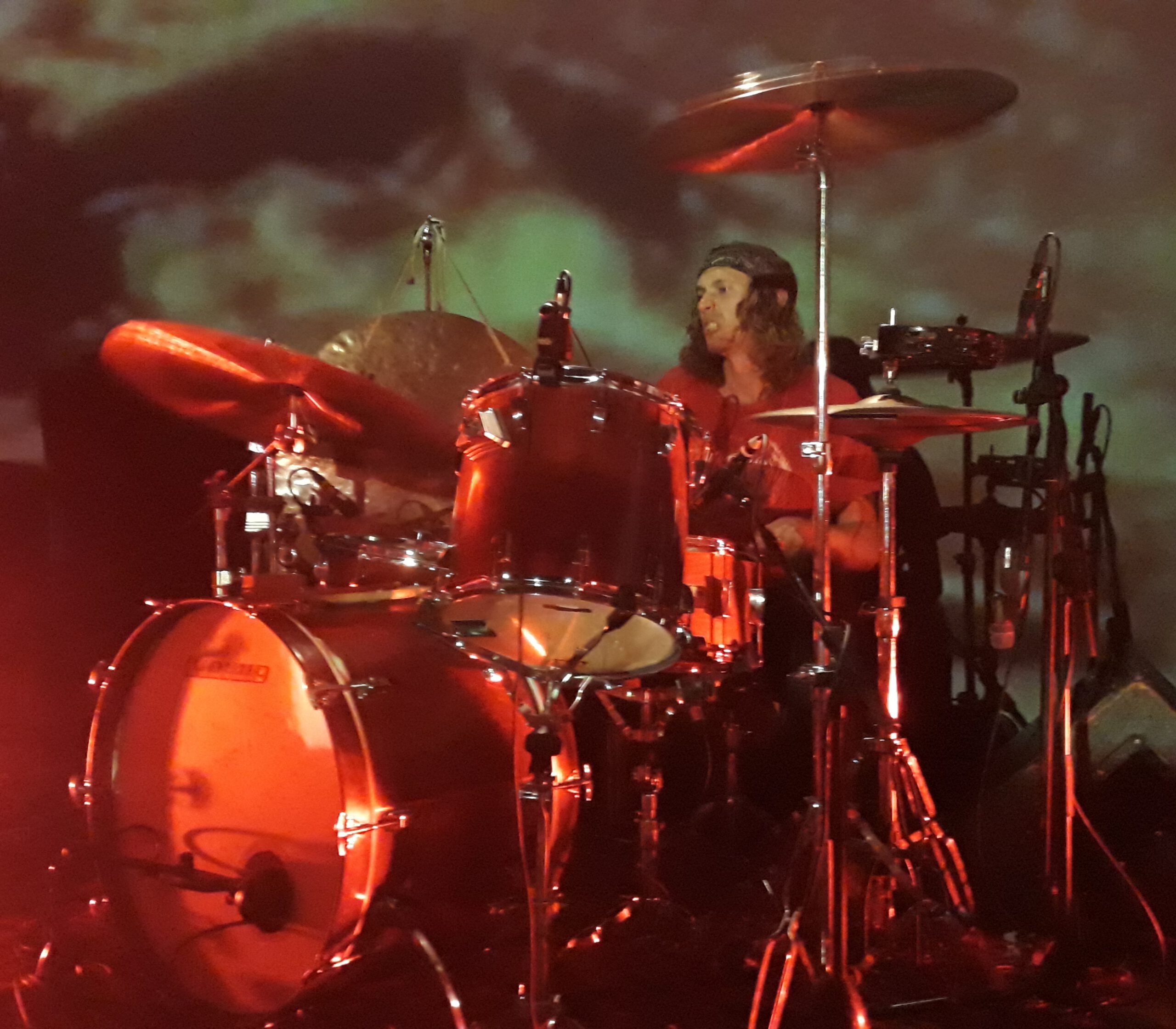 The songs are well detailed and thought thru and every note seems to serve the song. What really impresses me furthermore is the mighty drum sound that comes off the old-fashioned-looking Ludwig kit. Drummer Matgaz also proves to be a real eye catcher with his physical way of drumming. The low bottom but playful bassound of Jimmy Kinast is what ties this sonic thunder all together. Mars Red Sky gloriously succeeds in translating their impressive studio sound to the stage. This is truly a small band with a huge sound, there’s simply no other way to put it. The band’s fourth full length album `The Task Eternal’ (available on Listenable Records) is out now and is their most complete and strongest work to date.
It will make my year list for sure so do yourselves a favor and go check it out!
— 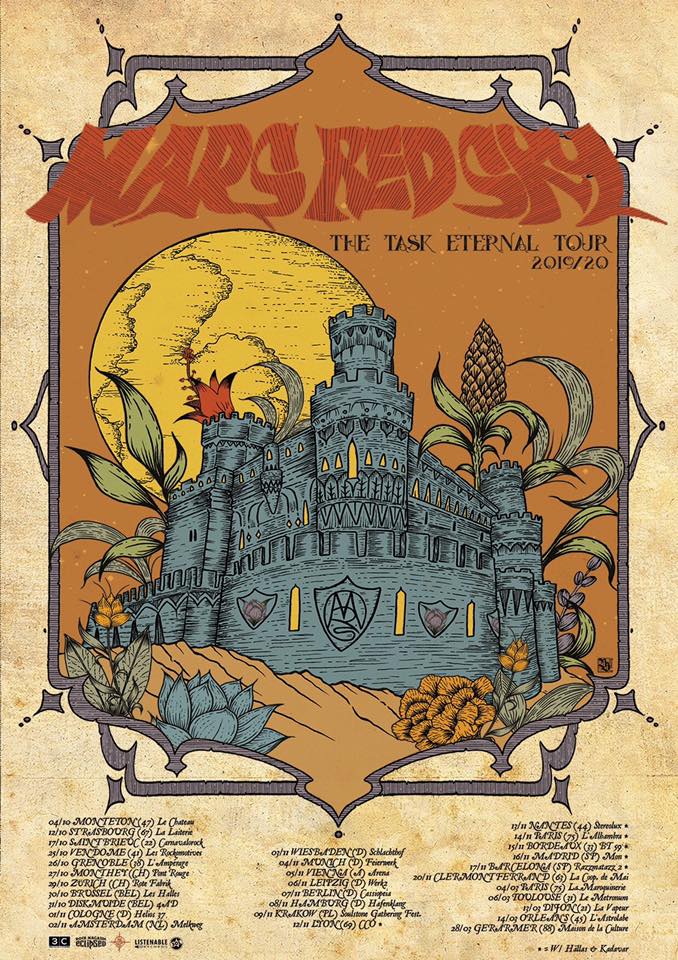