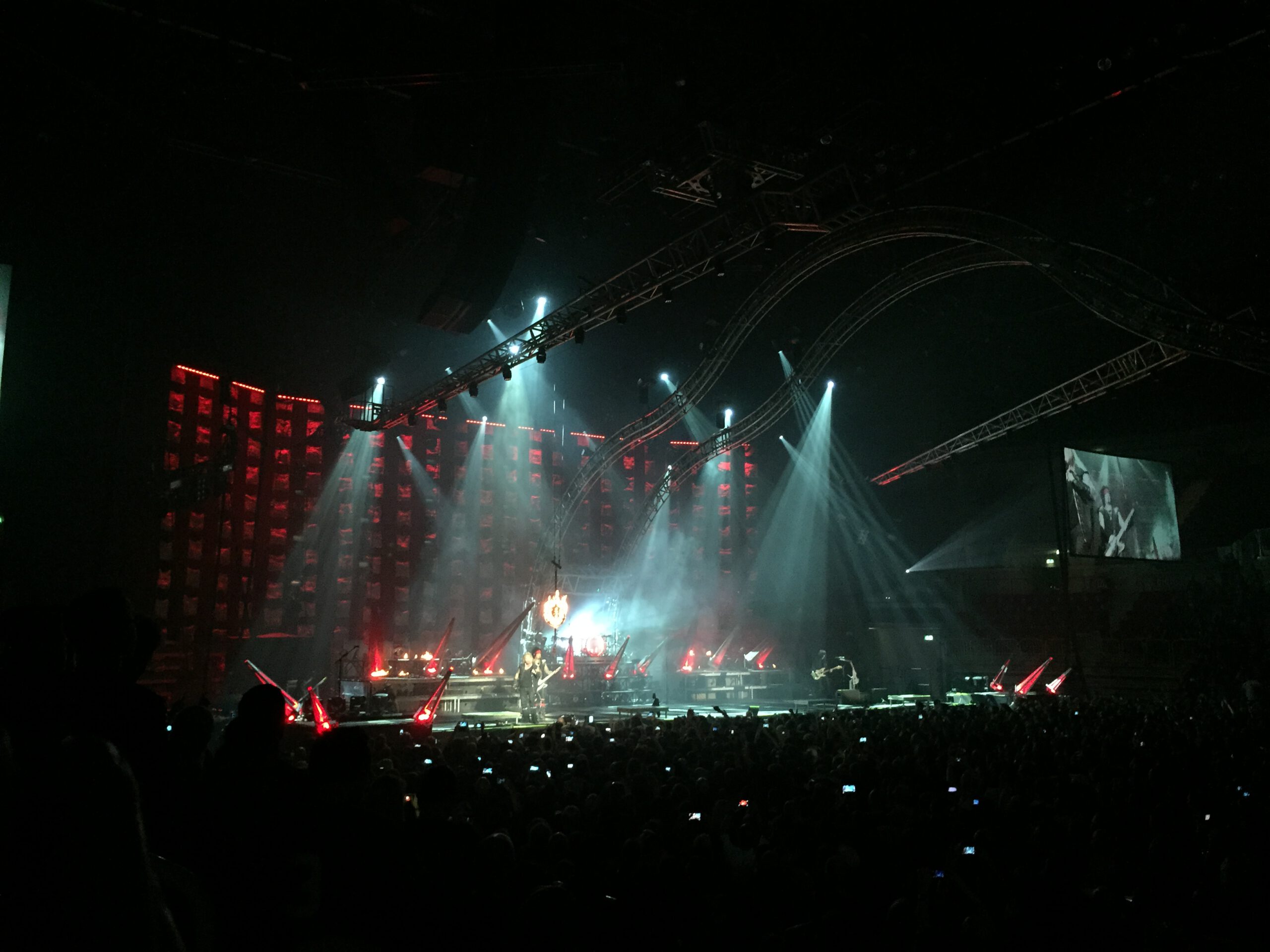 Mötley Crüe, most notorious rock band ever, is on the road in Europe finishing their `All Bad Things Must Come To An End-The Final Tour’ and will officially pull the plug this year after the last show: `Crüe Years Eve’ in their hometown Los Angeles on 31st December. Although Mötley Crüe has never reached the rock star status in Europe as they have for many years in the U.S.A., tonight ISS Dome in Düsseldorf is packed with devoted fans from different countries and also people who just want to take this last opportunity to witness Crüe’s biggest and final live production ever. Arriving at the venue there is a huge line of people waiting to get in and luckily by the time special guest Alice Cooper and his fabulous band enters the stage most of the crowd is inside and ready for take off. The shock rocker veteran doesn’t waste any time on blabbering, taking breaks or other nonsense. The man wisely uses every second of his fifty-five minute playing time to give the audience what they want: A greatest classic hits show including all his familiar props, theatrics and horror gimmicks and tricks, like the guillotine act, the parade with a full size boa constrictor around his neck, the insane sadistic nurse act and Frankenstein’s electrocution, a sword filled with dollar bills and a straightjacket, not to mention the various dressing up and cool stage set up. Although we have heard songs like ,,The Black Widow’’, ,,No More Mr. Nice Guy’’, ,,Under My Wheels’’, ,,I’m Eighteen’’, ,,Billion Dollar Babies’’ and ,,Feed My Frankenstein’’, to name a few,’ a zillion times, these songs never seem to get bored since they are so damn good and energetic performed. Alice always makes sure he surrounds himself with top-notch musicians and indeed tonight they all go full force, make sure there is never a dead moment on stage. All songs sound tight as hell, lead by impressively shredding and soloing and above all great looking and head banging guitarist Nita Strauss. The man himself still seems to be in good shape too and even loose in the hips while entertaining us with ,,Dirty Diamonds’’ and ,,I Love The Dead’’ , but unfortunately sounds vocally unexpected out of tune in all-time favourite ,,Poison’’. Naturally ,,School’s Out (with Pink Floyd’s ,,Another Brick In The Wall’’)’’ is the perfect closure of a great show by a great artist. 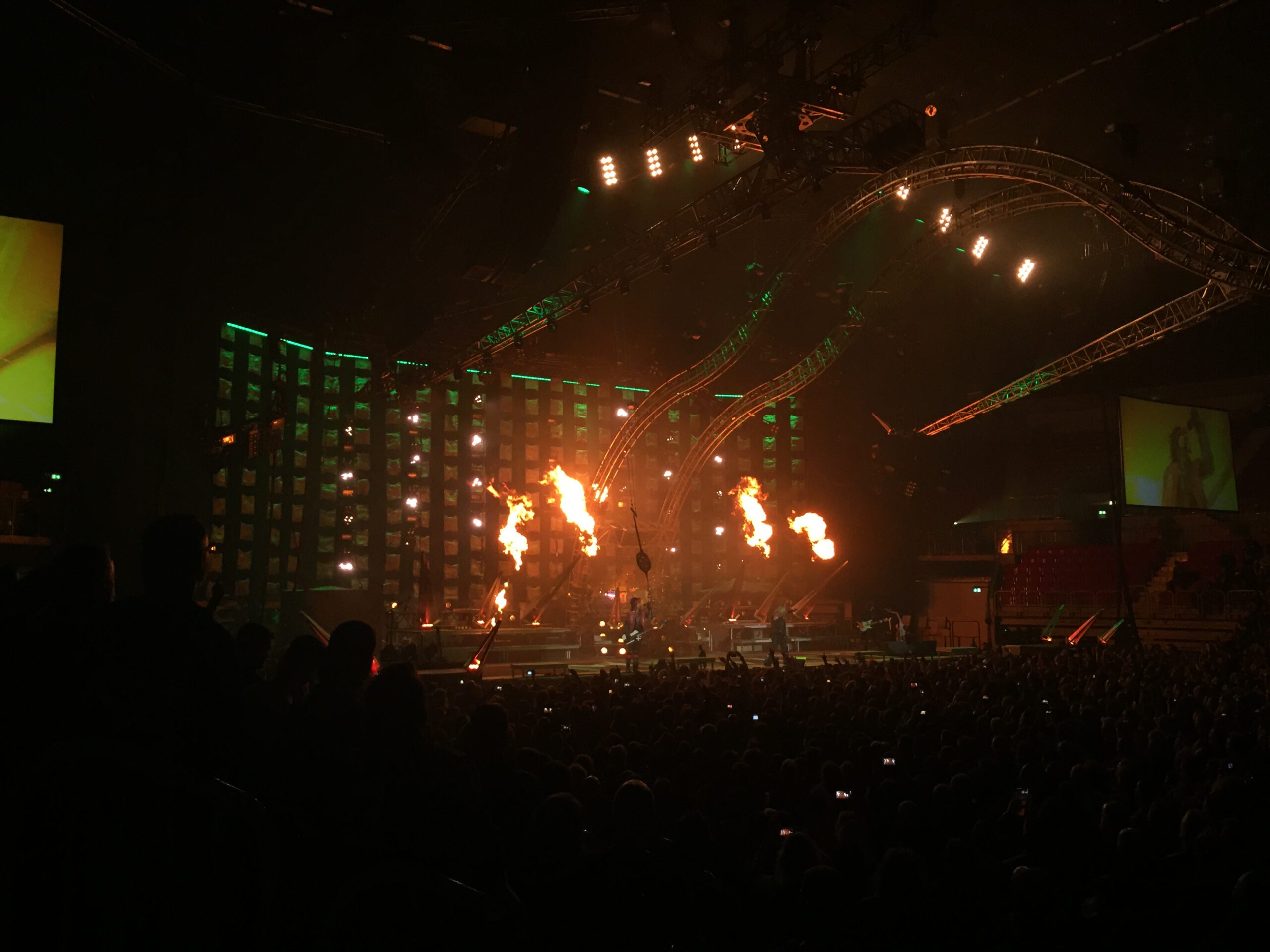 And the party has just started because Mötley Crüe makes it’s performance even more spectacular with an old school over the top show; having a huge wall with symmetric squares of light and reflectors as a background supported by a `Grande’ colourful light show, tons of fireworks, big bangs and pyrotechnics, a kick-ass stage set up, a drum-coaster and cranes rising over the audience and let’s not forget the two sexy dancing backup singers who fire up the heat right from the start in opener ,,Girls, Girls, Girls’’ of course followed by ,,Wild Side’’. Yes, these Sun Set Strip Heroes always did it their way and so they do as well with this final tour. Vince Neil assures us: `Tonight we celebrate thirty-four years of Mötley Crüe music’, which basically means in over ninety minutes we get all the well-known hits, like ,,Primal Scream’’, ,,Same Ol’ Situation (S.O.S.)’’, ,,Looks That Kill’’, ,,Dr. Feelgood’’ and ,,Kickstart My Heart’’ on a silver platter. Mötley Crüe couldn’t be happier with this crowd that sings along to all the tunes and showing a very positive and enthusiastic vibe till the very end. To illustrate ,,Shout At The Devil’’ Nikki Sixx walks on stage with a flamethrower bass guitar, even setting his microphone charm on fire to expose their famous album cover pentagram. 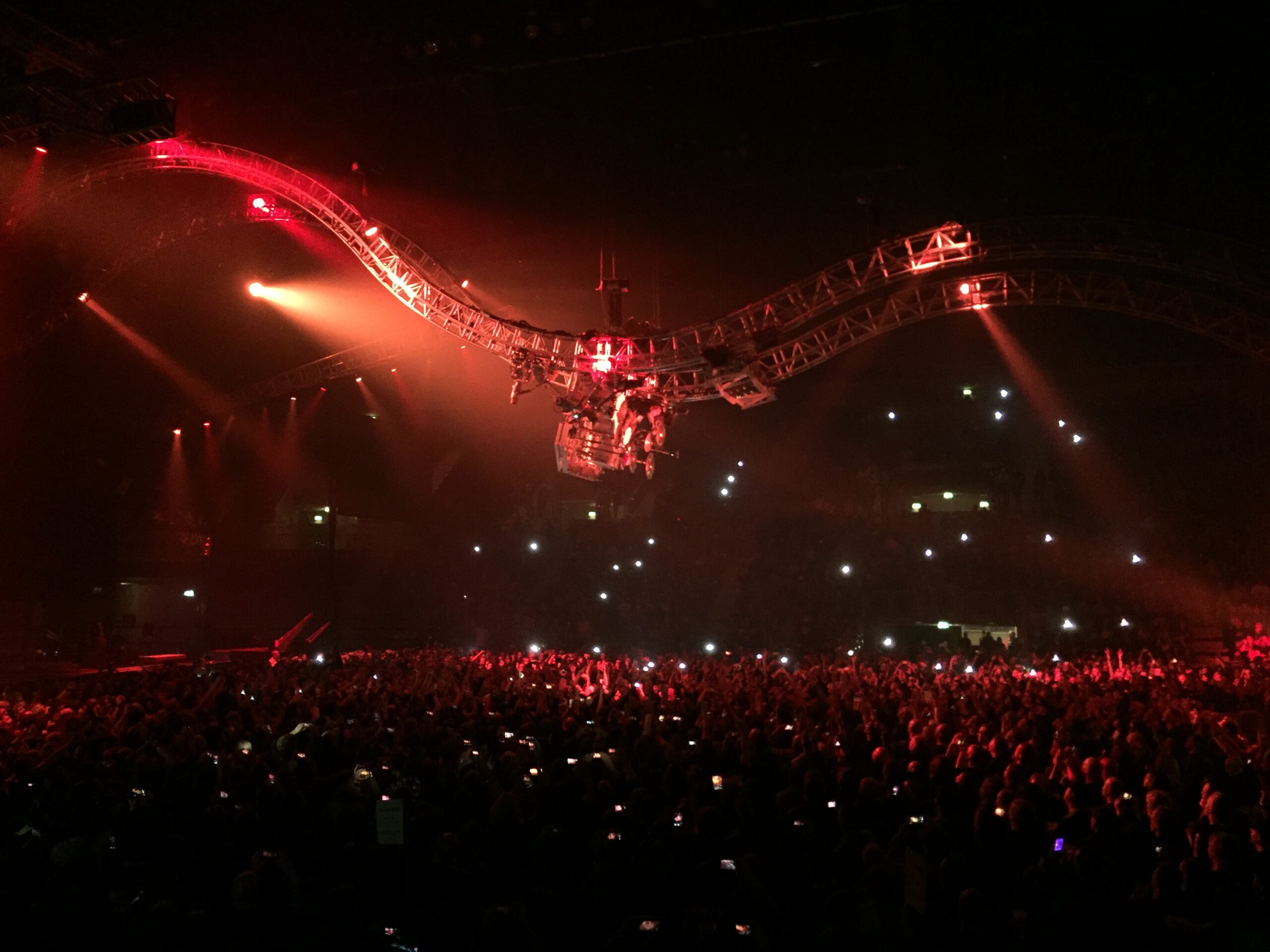 The absolute thrilling highlight of the evening is Tommy Lee’s drum solo, not even because of the club mix drumbeats he is playing but because he is doing it while taking a sensational, insane ride in his drum roller coaster `The Crücifly’ over the crowd to the other side of the arena, while flipping upside down and shouting: `I love you guys so much! What you witness is a fucking dream I had my whole life’. In sharp contrast is the following solo spot (mainly loud distorted guitar chords) of guitarist Mick Mars. ,,Saints Of Los Angeles’’ and ,,Live Wire’’ brings the guys back in the saddle and although tonight all songs are well performed, I have to admit the sleazy quartet doesn’t show their sexy body language and energetic movements anymore, the way they still did a few years ago. Especially seeing the slowly moving Mick Mars, who is somewhere in his early sixties, makes you realize it isn’t a bad idea to pull the plug while they can with grace and dignity. Last song ,,Kickstart My Heart’’ is `Le Grand Finale’ and Vince and Nikki are flying over the audience on overhead cranes supported by confetti and garlands. After that they return one more time: Sixx, Lee, Neil and Mars run through the audience from the back of the venue carrying flashlights to a mini stage to perform their ballad ,,Home Sweet Home’’ in an intimate setting. Yes, all Bad Things Must Come To An End, but these `bad ass motherfuckers’ gave rock ‘n roll extra spice and colour and will definitely be missed. 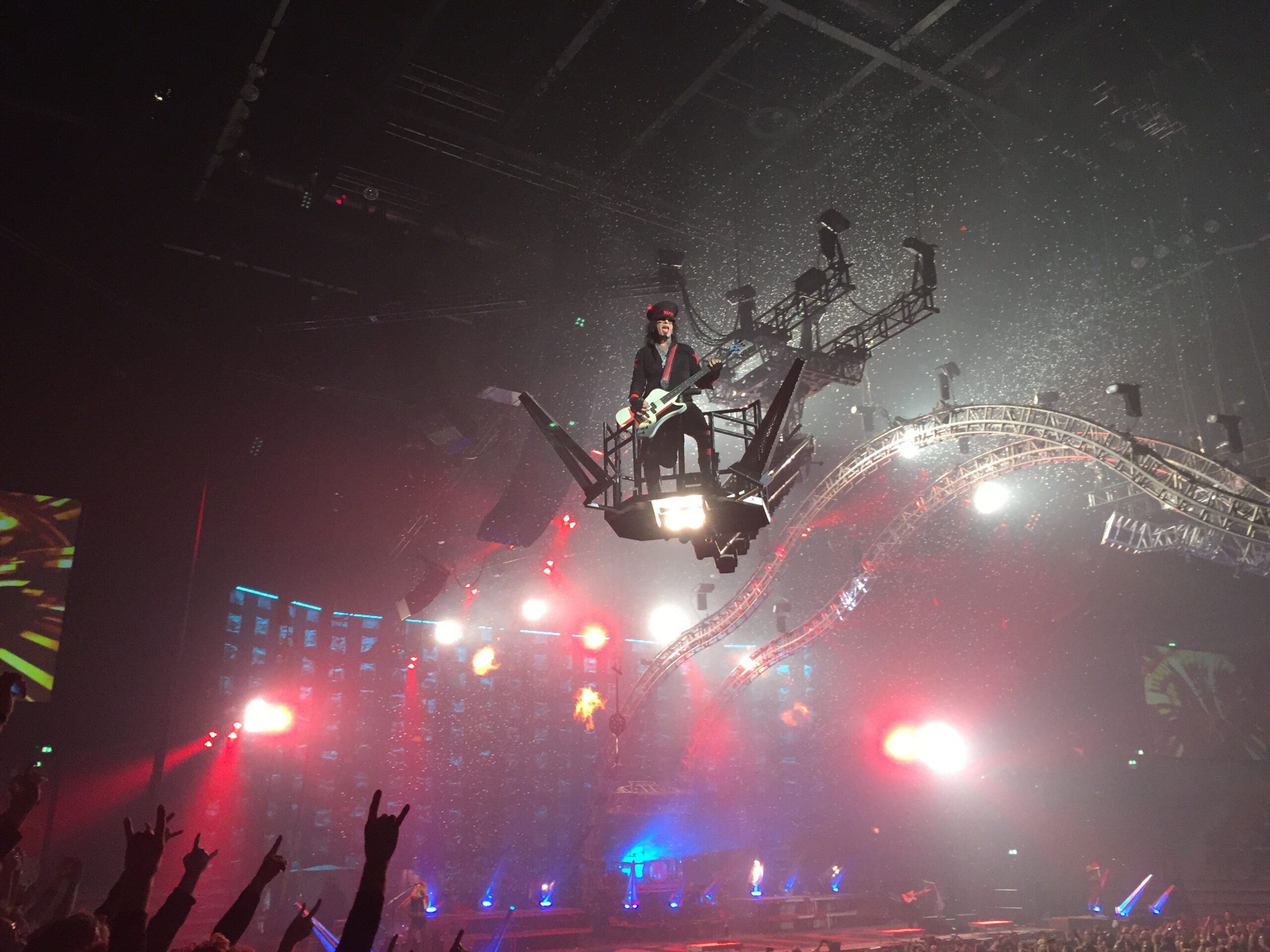 Nikki Sixx on top of the world (photo by Kristoffer Gildenlow)