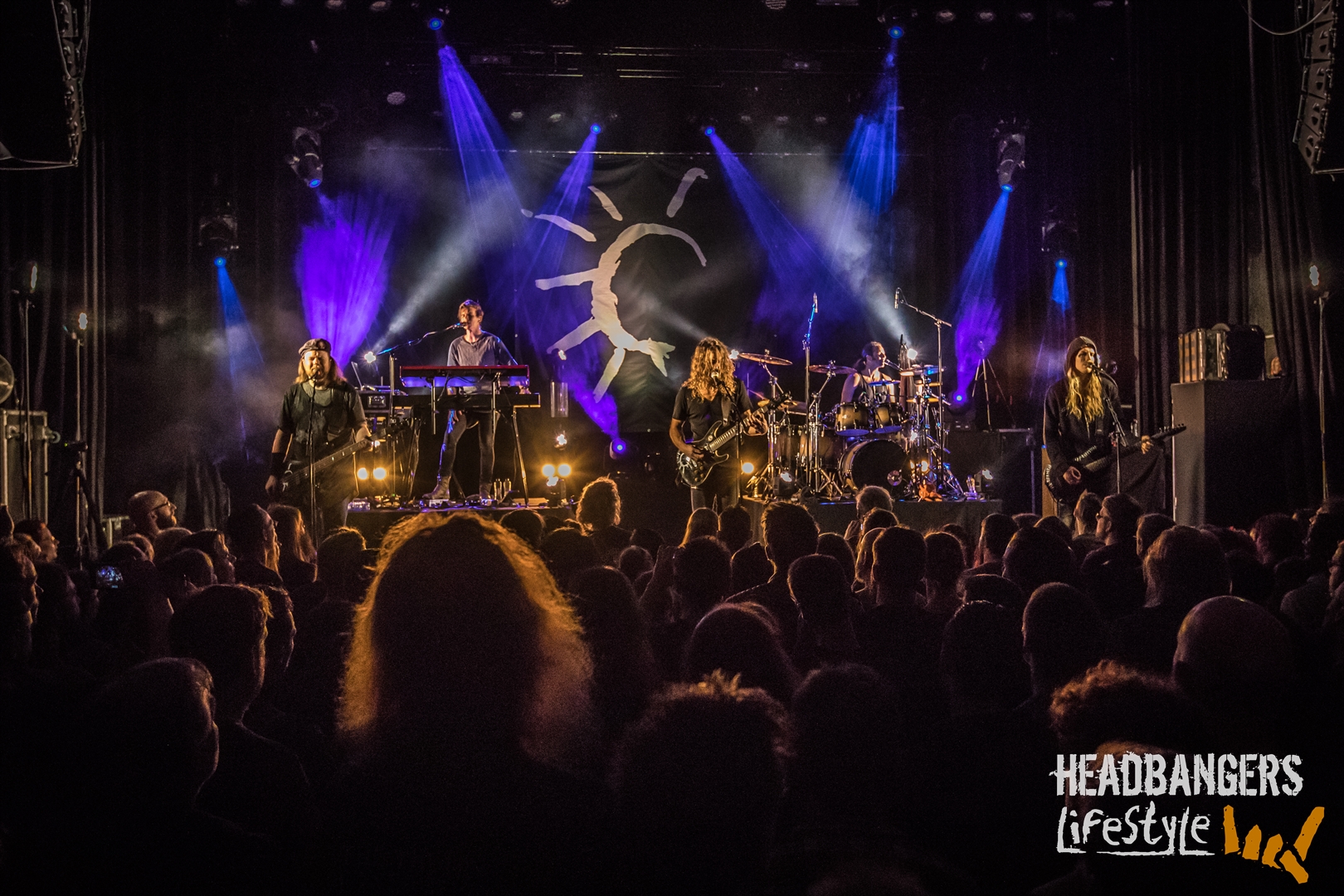 The beautiful and relatively new venue Grenswerk in Venlo (near the German border) served as the perfect place to kick off the 3-days stint of Pain of Salvation’s glorious trek through the Netherlands. The Grenswerk venue has a capacity of 550 people and is modern equipped and blessed with some amazing acoustics. Perfect conditions for a evening of intense and delicate progressive metal! 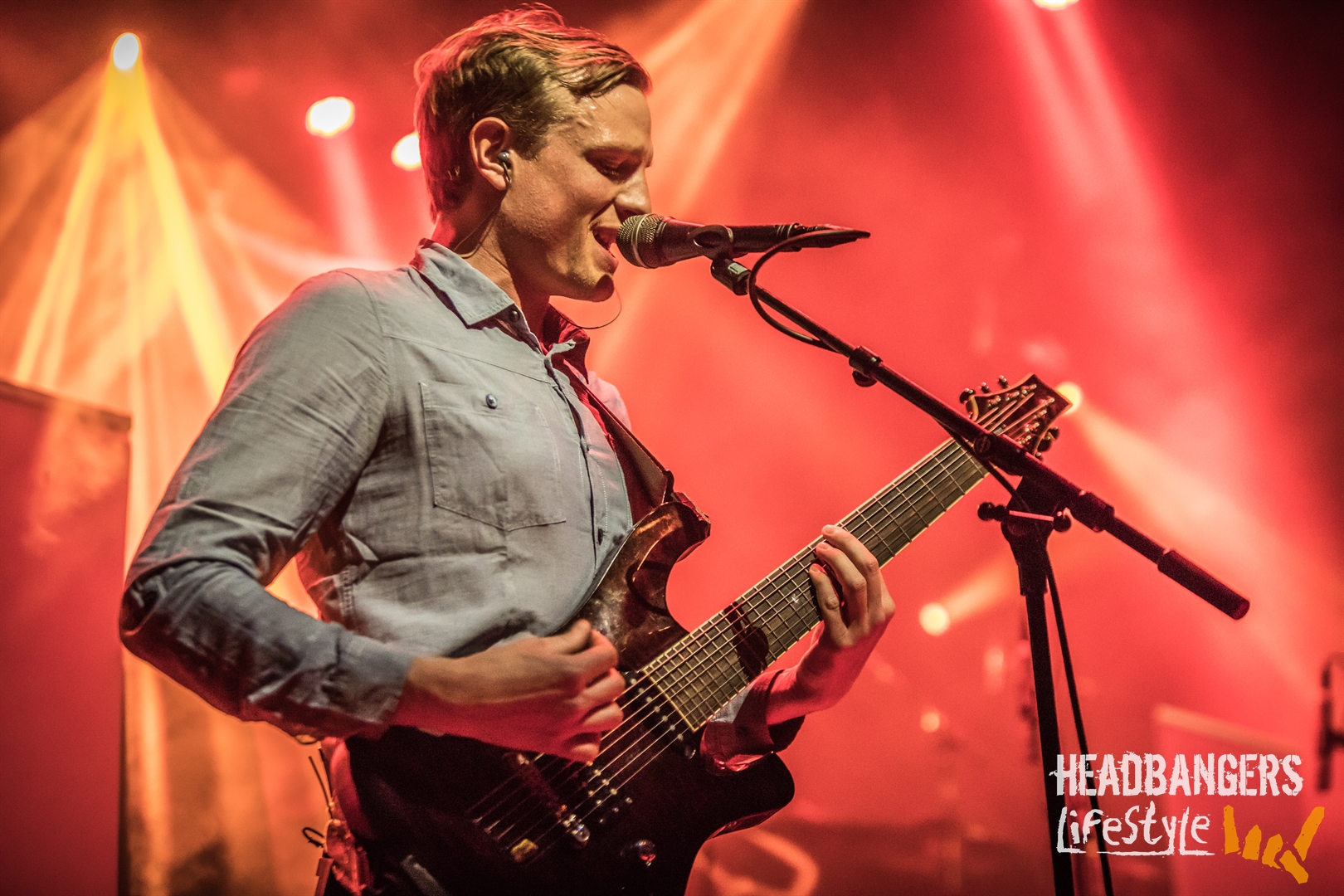 The atmospheric melodic progressive metal from support act Port Noir delivered an impressive 40-minutes set that took the majority of the audience by a pleasant surprise. Their unique blend of melancholic, riff-loaded-post-prog (think Tool meets Muse) gained a lot of new fans and followers judging from the crowd’s reaction. Especially the last song of their set; ,,Thorns’’ (from their 2013 debut album `Puls’) which was dedicated to their former bass-player Kalle Ojala who’d tragically died a month before this show, received a lot of praise and applause from the audience. Port Noir made a good impression and did an amazing job warming up the crowd for Pain of Salvation! 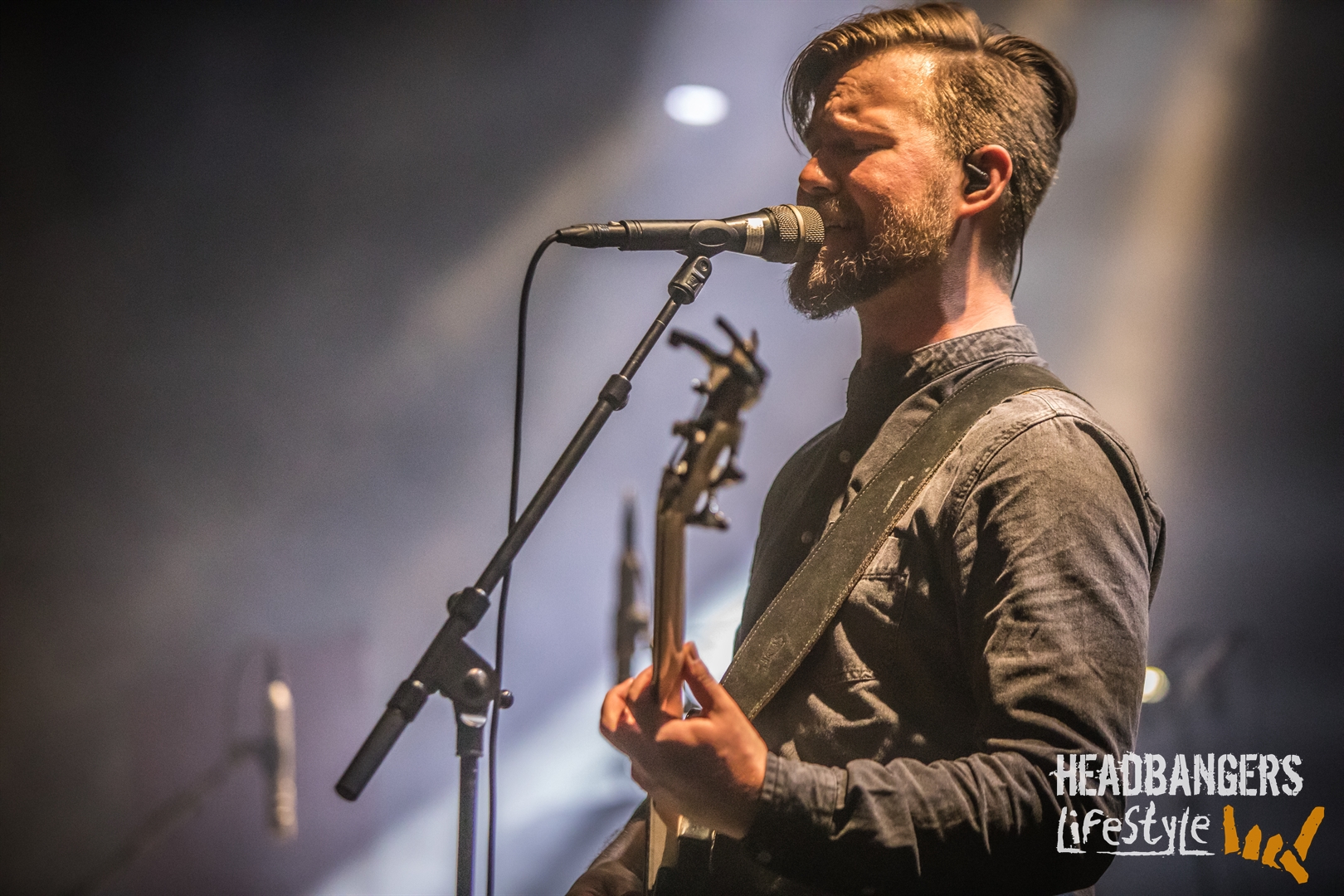 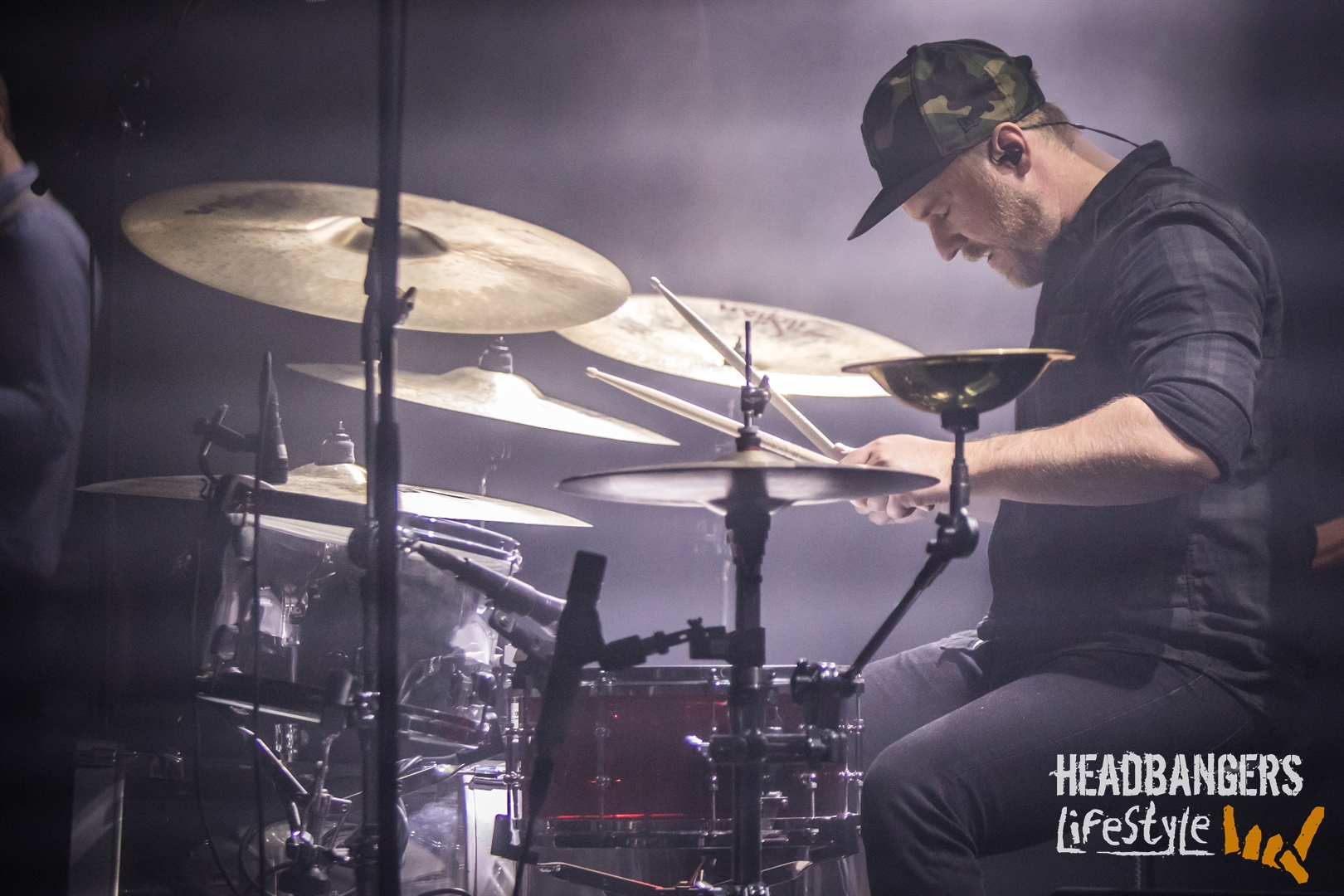 I think it’s safe to assume that Pain of Salvation’s latest album `In The Passing Light Of Day’ can be considered as a `comeback’ album. Not only as a return to their former (somewhat) heavier progressive roots but also in terms of (some much needed) popularity. This whole tour has been a tremendous success and the show at Grenswerk was no exception with more than 95% of the available tickets for this show being sold! 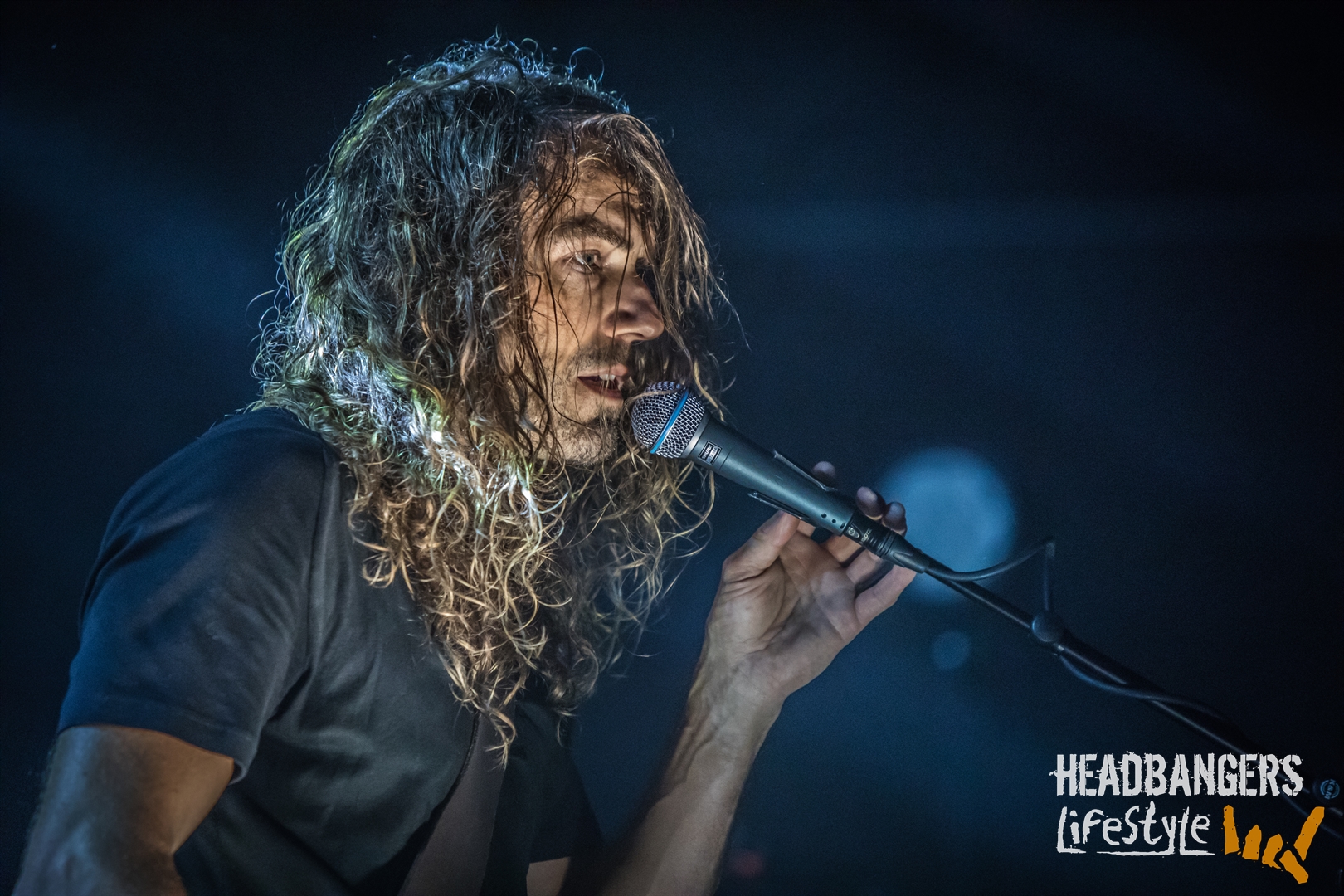 Surprisingly enough Pain of Salvation didn’t open the show with the album opener ,,On A Tuesday’’ (I was more or less expecting that) but with the equally amazing ,,Full Throttle Tribe’’, followed by two new songs from their recent release `In the Passing Light Of Day’; the incredible ,,Reasons’’ and the crowd-pleaser and also future classic ,,Meaningless’’. The latter showcased the incredible talent of Ragnar Zolberg in the vocal department. As a matter of fact the whole band excelled tremendously in the vocal department during the course of the show. Truly amazing! 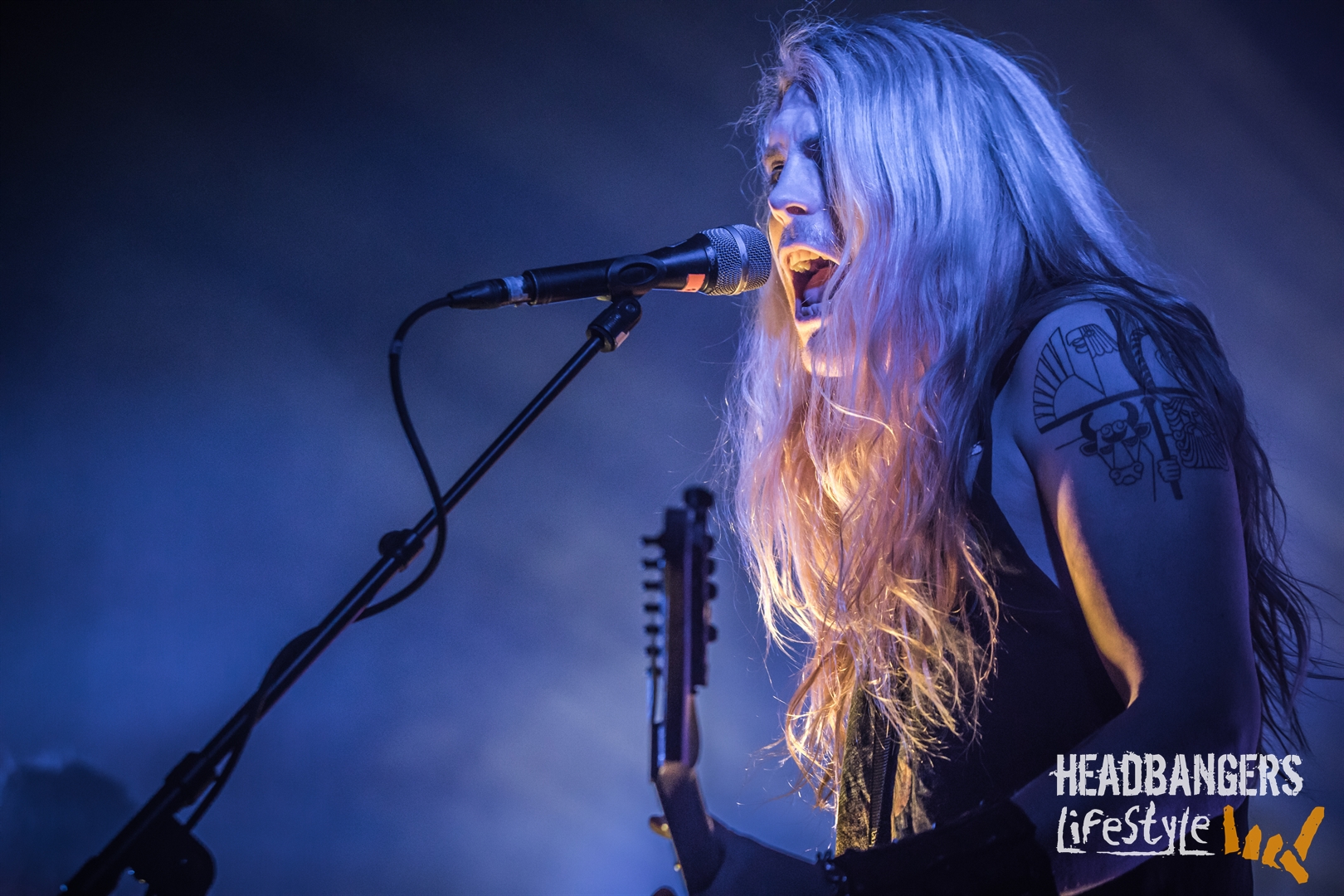 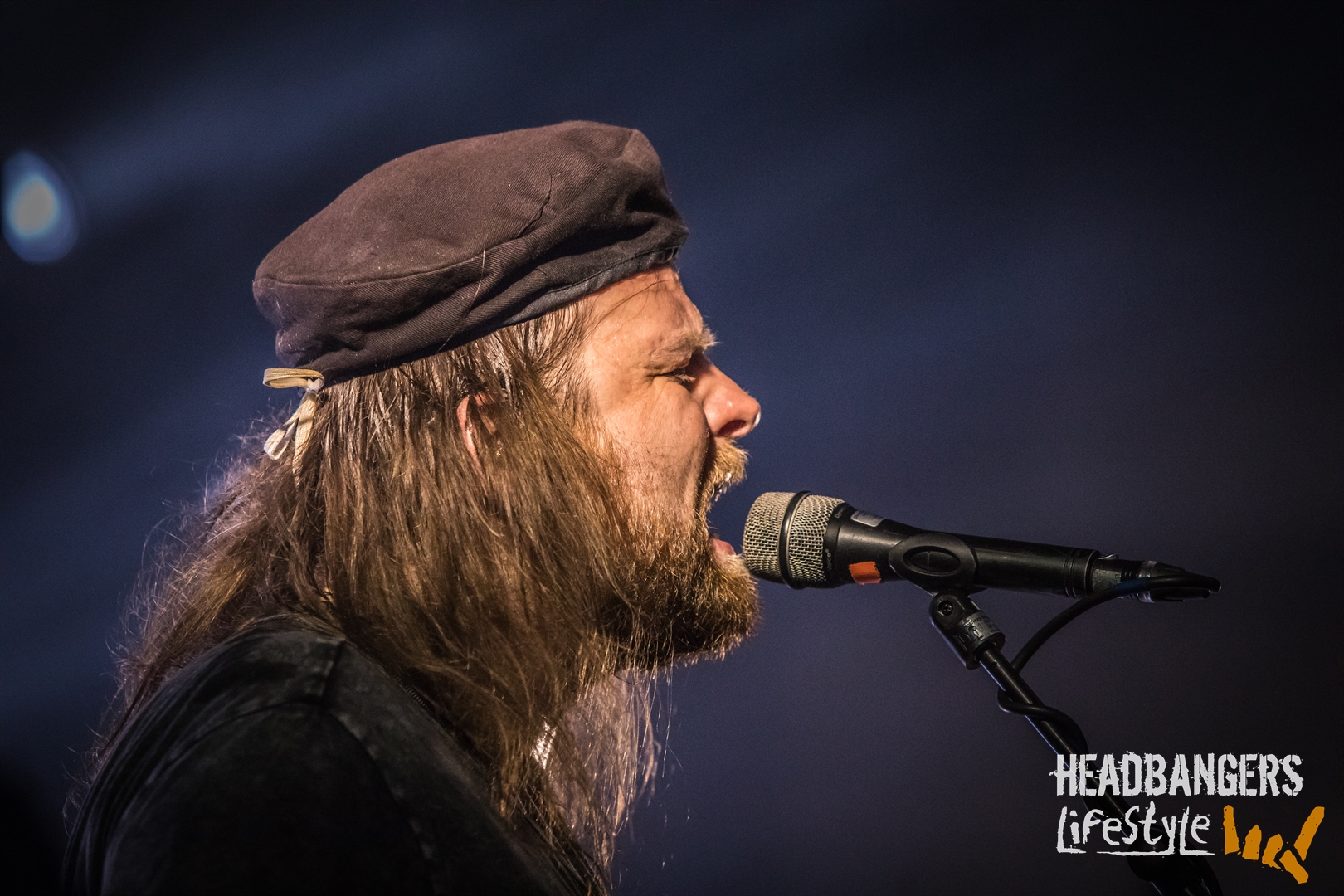 ,,Linoleum’’ took us back to 2009 but not until the whole crowd shouted “Fuck Trump” after the first riff at Daniel Gildenlöw’s command. ,,A Trace Of Blood’’, ,,Rope Ends’’, ,,Beyond The Pale’’ represented a significant portion of their 2002 album `Remedy Lane’, much to the delight of some of the older fans in the audience. Unfortunately no songs from `Entropia’ or `One Hour By The Concrete Lake’ were played, but I guess it’s hard enough to please every fan in the audience when your back-catalogue reaches over ten studio albums, an EP and a load of live albums. As a matter of fact the fan-favourite ,,Ashes’’ (from 2000’s `The Perfect Element, Part I’) would be the oldest song that Pain of Salvation dug up for this tour. ,,Ashes’’ ended rather unique and hilarious when Daniel Gildenlöw’s guitar-tech took the stage and started aggressively pulling every string from Daniel’s guitar (to the beat of the song!) until they were all gone. The whole set of strings were due for replacement anyway so why not make an improvised show element out of this rather dull activity while you’re at it? Needless to say, this short intermezzo was funny as hell. 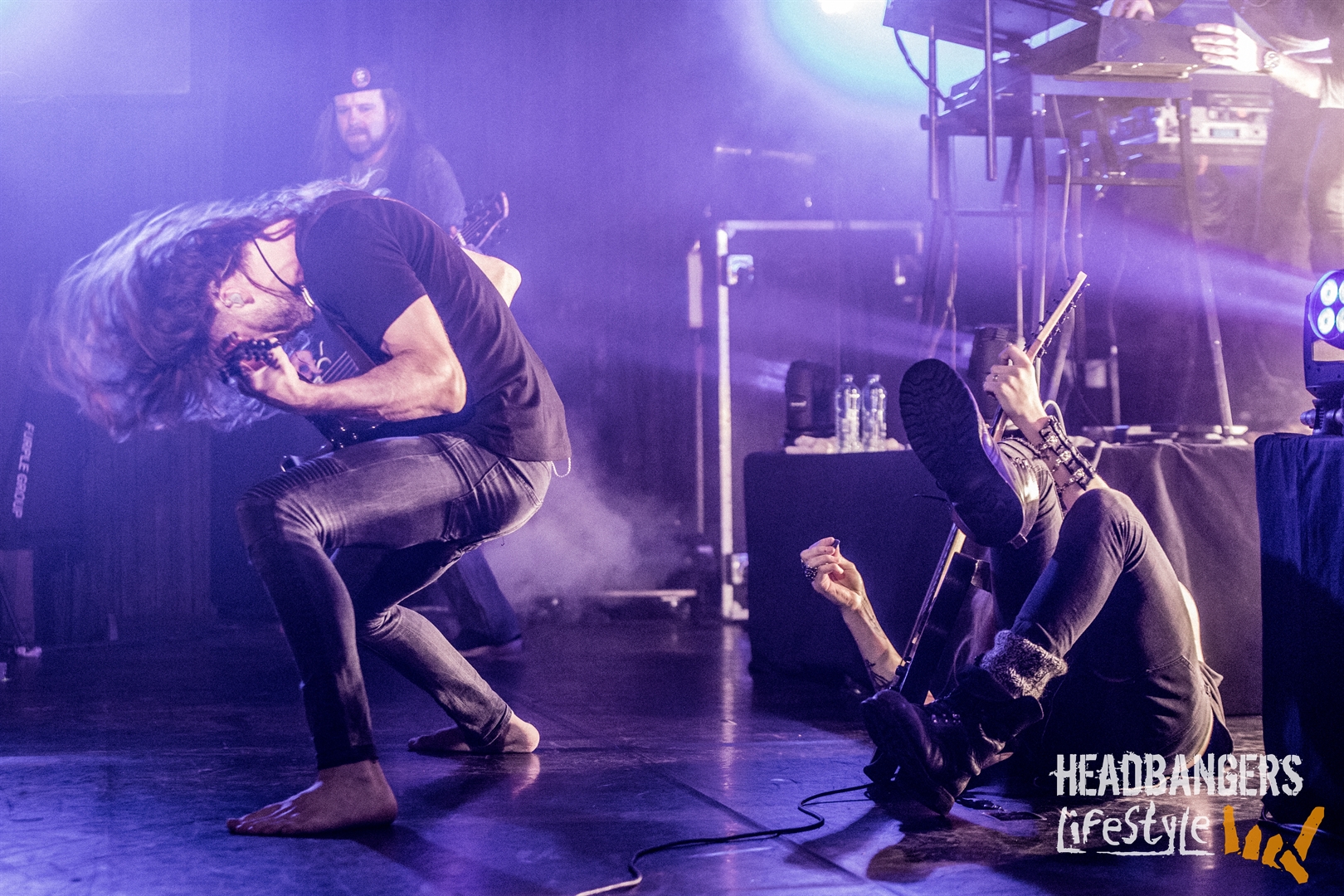 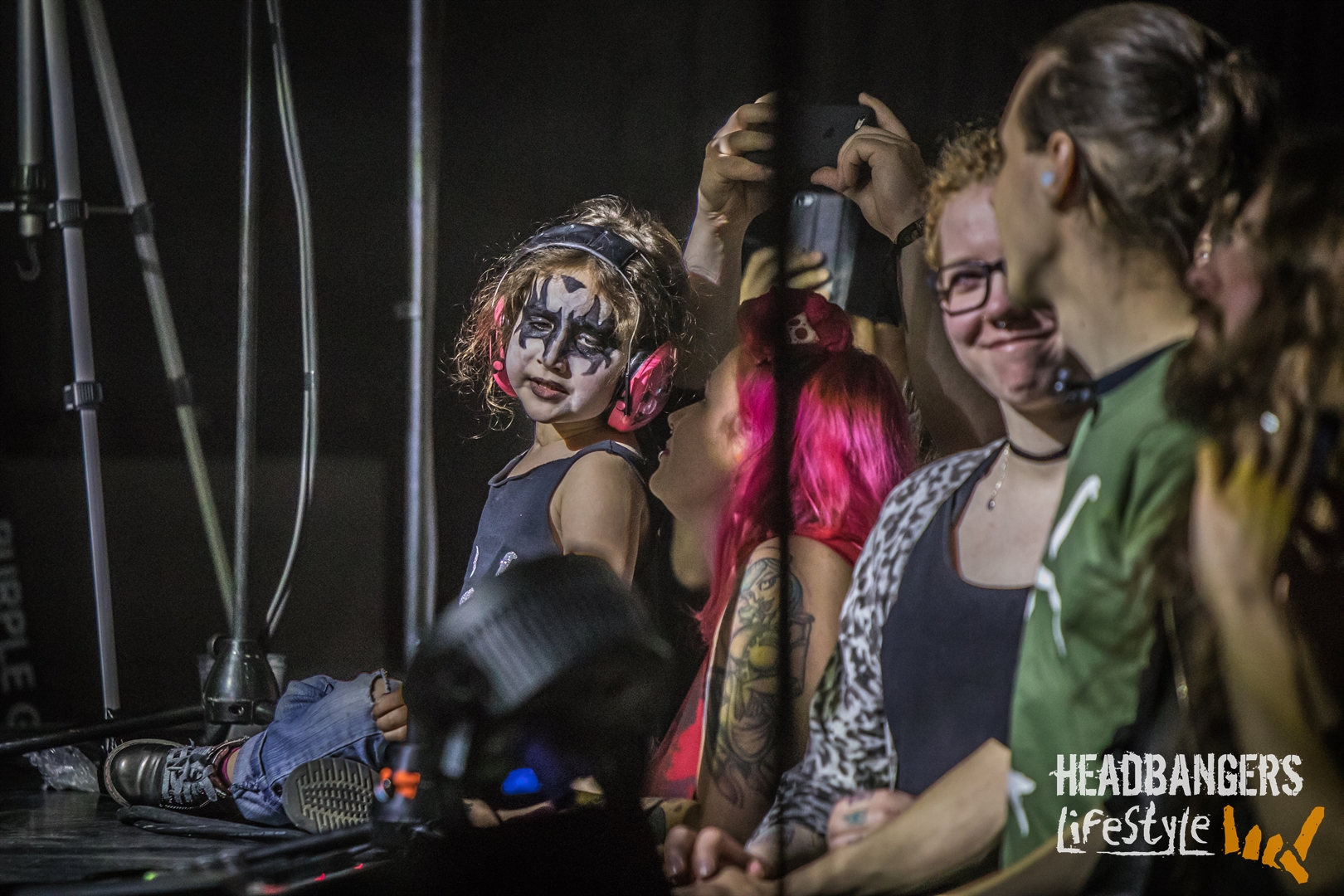 The show continued with the beautifully executed ,,Silent Gold’’ which served more or less as a peaceful intro for the prog-craziness that is ,,On A Tuesday’’. ,,The Physics Of Gridlock’’ closed the regular set and I have to admit that this live rendition sounded better to my ears than the recorded version on `Road Salt Two’. Perhaps I should give the `Road Salt-albums’ just another chance. Anyway, It goes without saying that an encore was justified by the great reception from the audience after this amazing song. 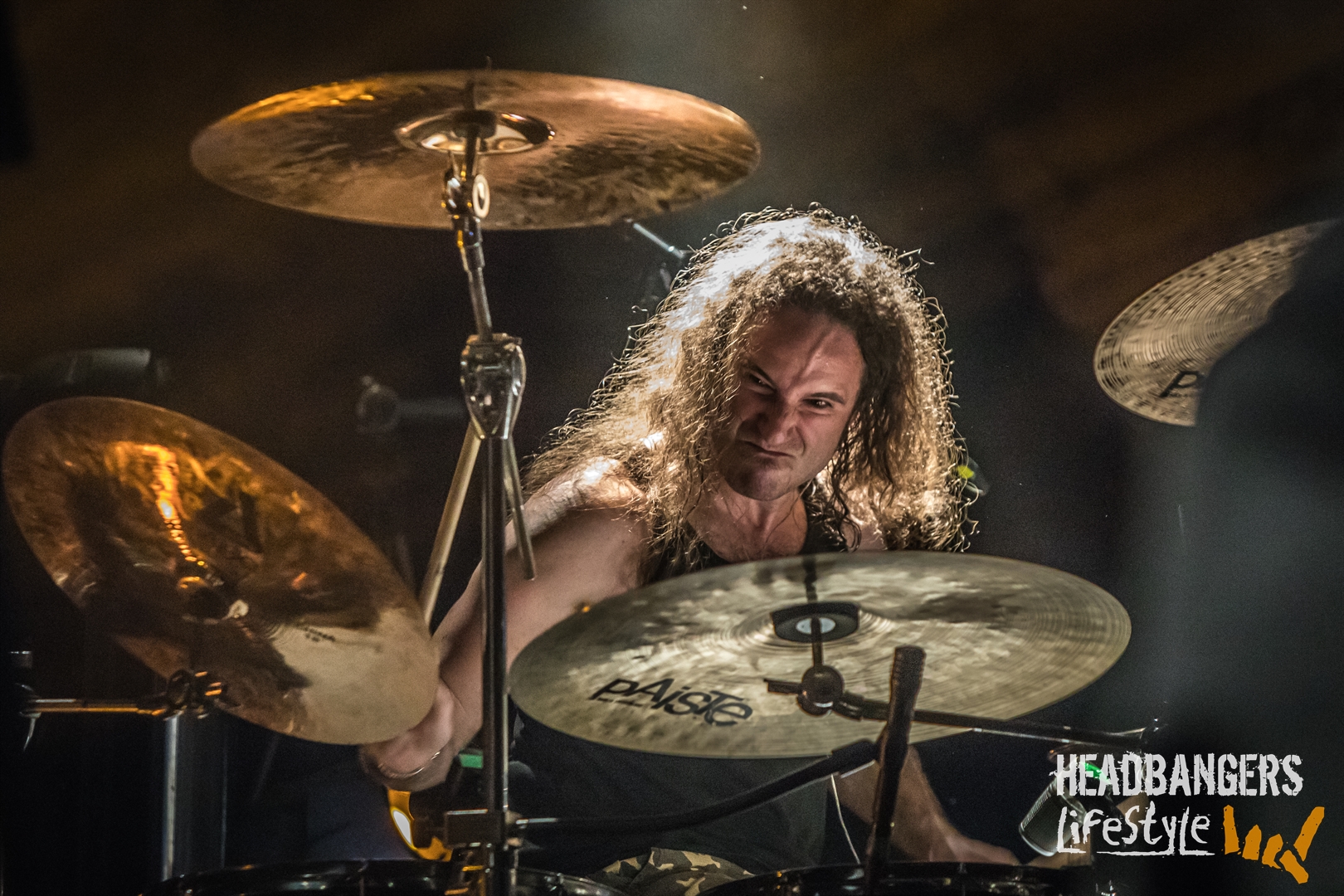 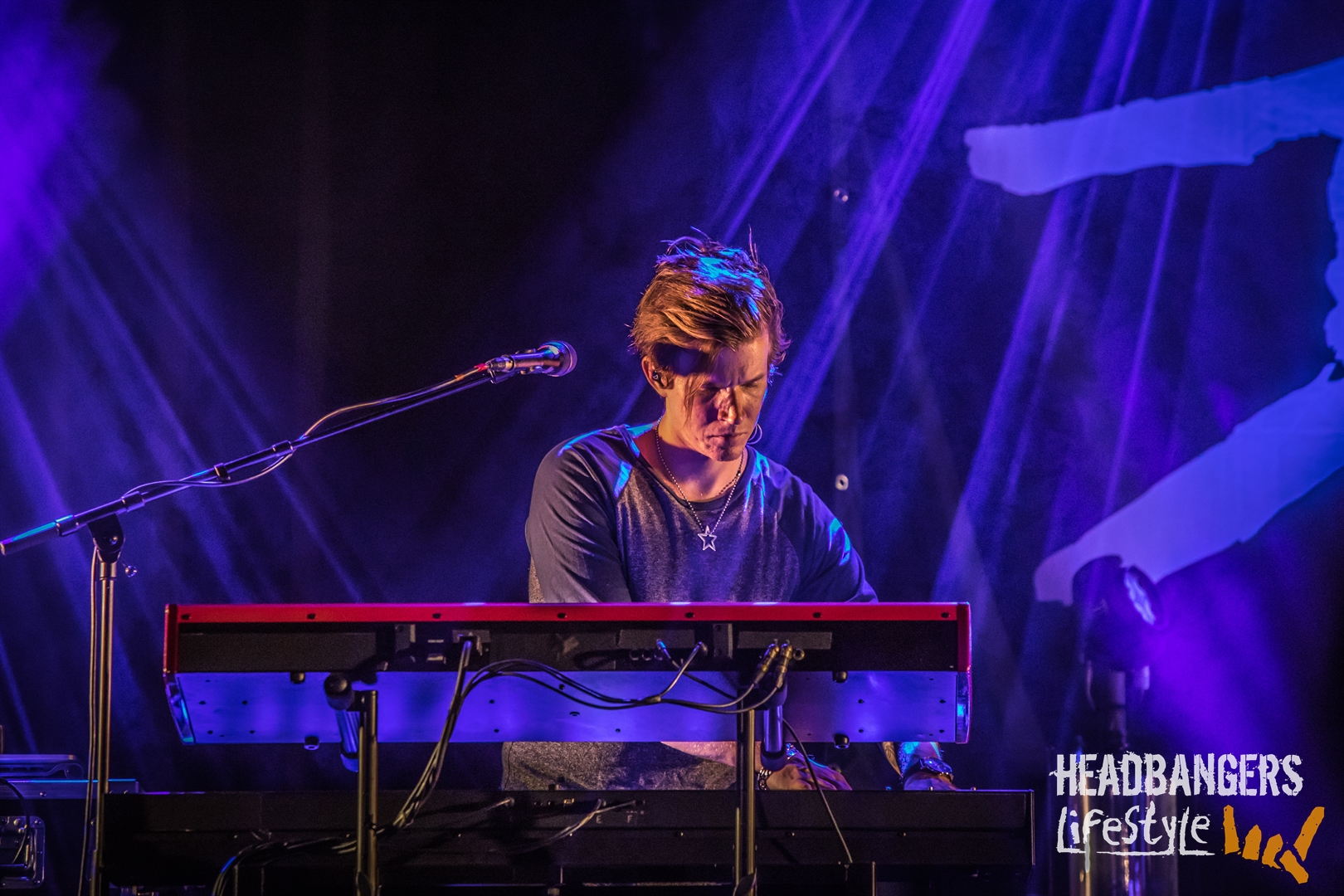 Pain of Salvation were welcomed as homecoming heroes as they took the stage for a second time that evening for a highly demanded encore. The emotional 15:31-minute epos `The Passing Light Of Day’ (a tender ode to Daniel Gildenlöw’s wife) seems to be an odd choice for an encore but boy, did that song hit some emotions among the audience. I’ve noticed many tearing eyes and even some serious sobbing during this phenomenal show-closer. This was without a doubt the perfect closer to a perfect evening of some exquisitely fine executed progressive metal. 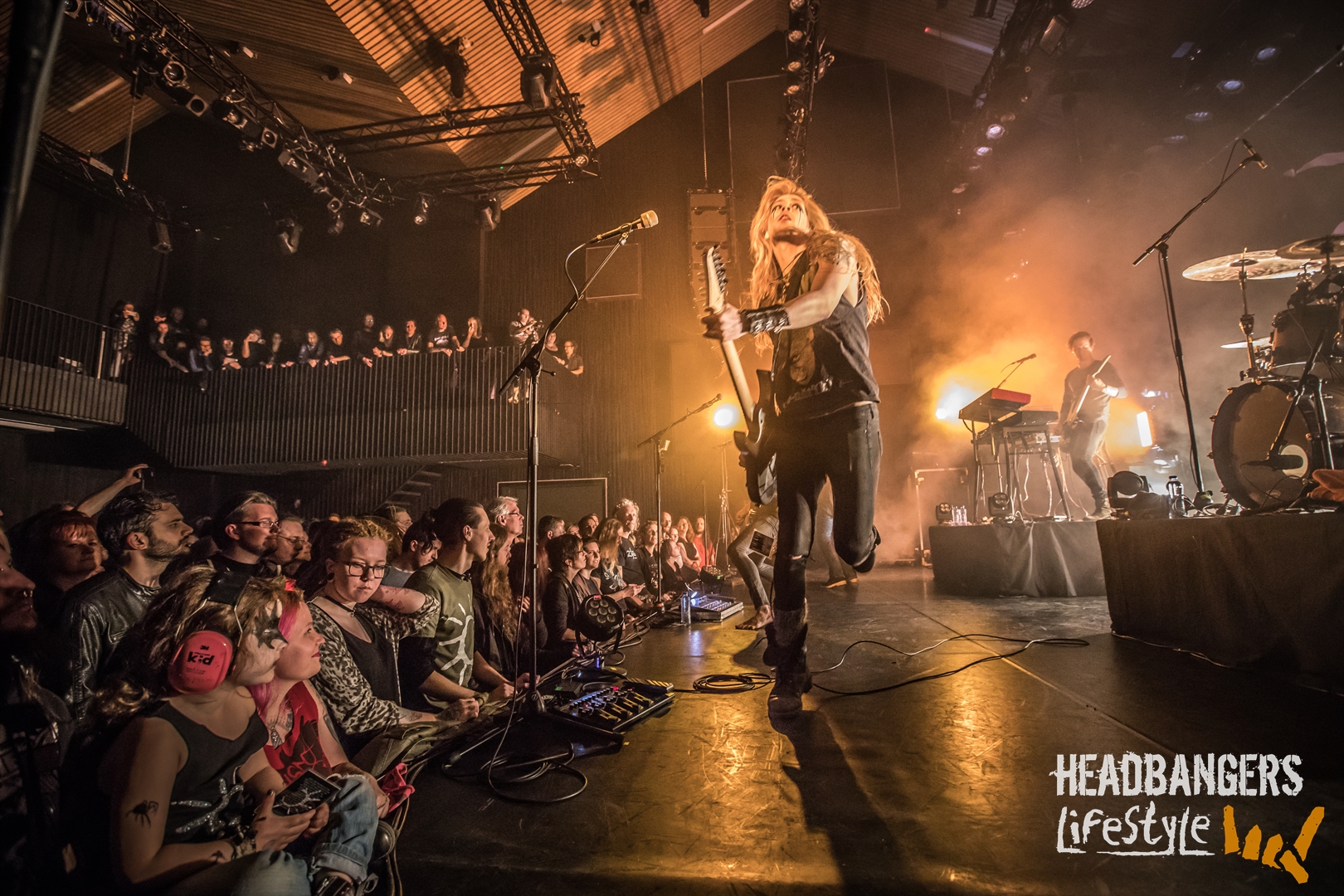 This show was without a doubt one of their finer performances I’ve have seen of the band since 2002 and I really look forward to see Pain of Salvation perform again during the Midsummer Prog Festival in Valkenburg (Netherlands) where they share the same bill as Anathema and Caligula’s Horse, among other bands. 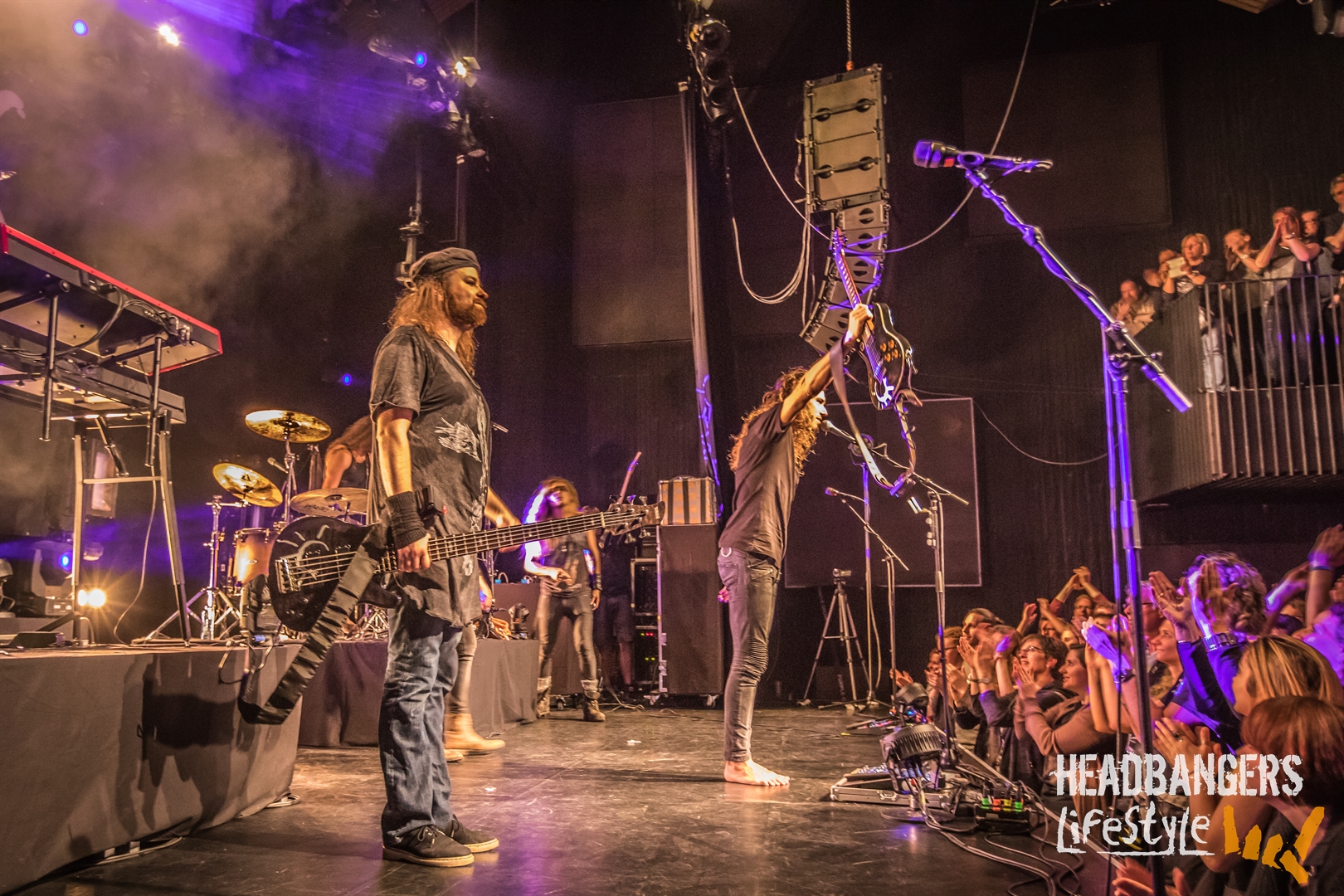 Encore:
The Passing Light of Day

All photos by Rob van Dalen