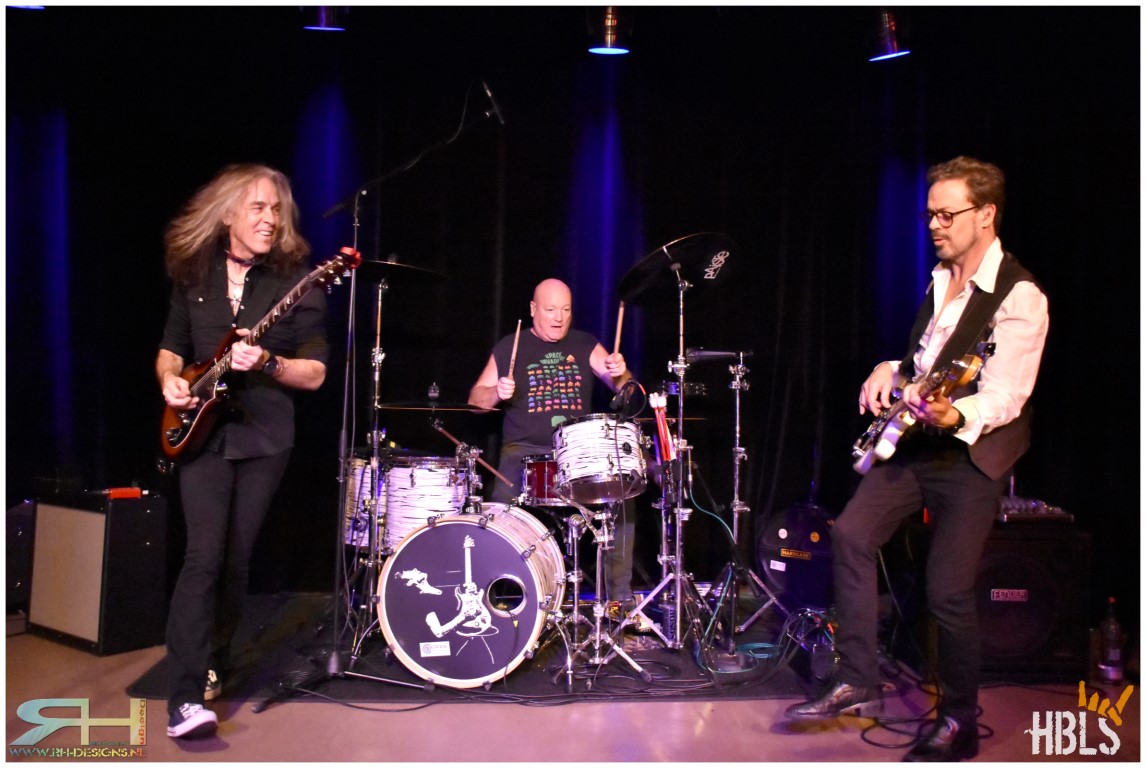 A while ago he was impressed by the Pat McManus Band show at the Golden Age Rock Festival and wrote he would like the see the band live again. Now he had the chance to deliver on that promise so Raymond Helebrand of Concert-Photography-by-RH-Design stepped into his car to witness the Pat McManus Band in a club in Aachen (Germany) and came back with photos and a live report for HeadBangers LifeStyle. 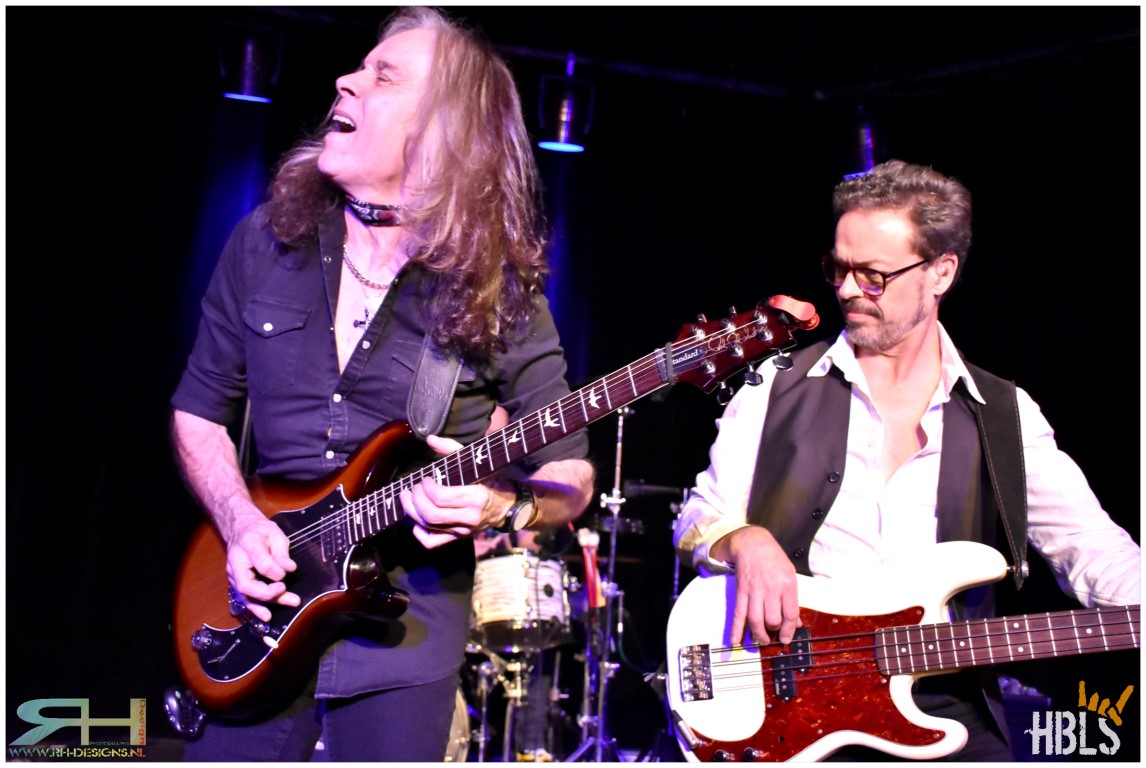 When I did my review on the Golden Age Rock festival earlier this year I was very clear that the Pat McManus Band was the band that impressed me the most and like I promised in that review, when the band would come and play within a 50 kilometers range of where I live I would definitely attend that gig.
So the minute I heard they would come to the Franz Club in Aachen city, I made sure I was able to go. 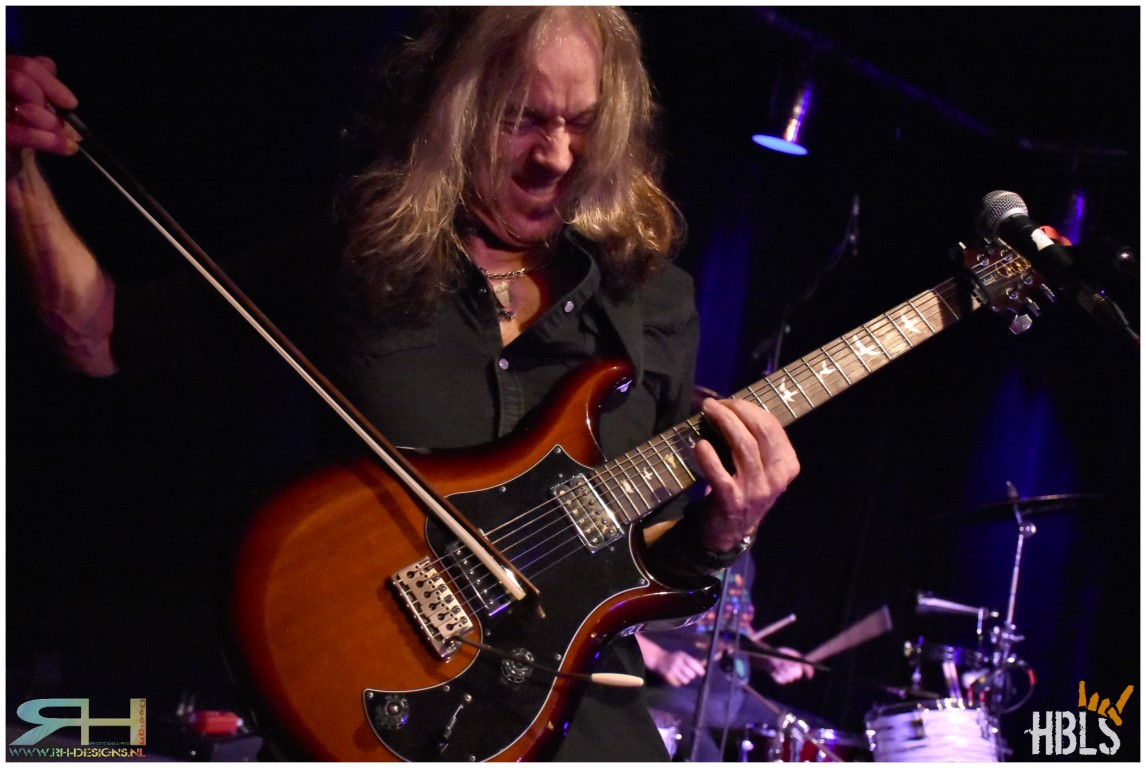 For those who have never heard of this band, Irish born Pat McManus is probably best known for his band of brothers, Mama’s Boys, for whom he was the main songwriter, recorded eight records and toured the world back in the 80s/early 90s with bands like Scorpions, Thin Lizzy, Bon Jovi, Deep Purple amongst others. This band came to a sad end when brother Tommy lost his battle against leukemia in 1994. This however would not mark the end of Pat’s career as he never stopped performing and recording music throughout the years and (lucky for us) still is an active force in the music industry and enjoys doing what he does best: write and play great music.
With a heavy heart I have to see that the club is only filled to approx 25% of its capacity, but the people that showed up got great value for their money as the band would play a stunning, more than 2 hour show, something not many acts do these days. 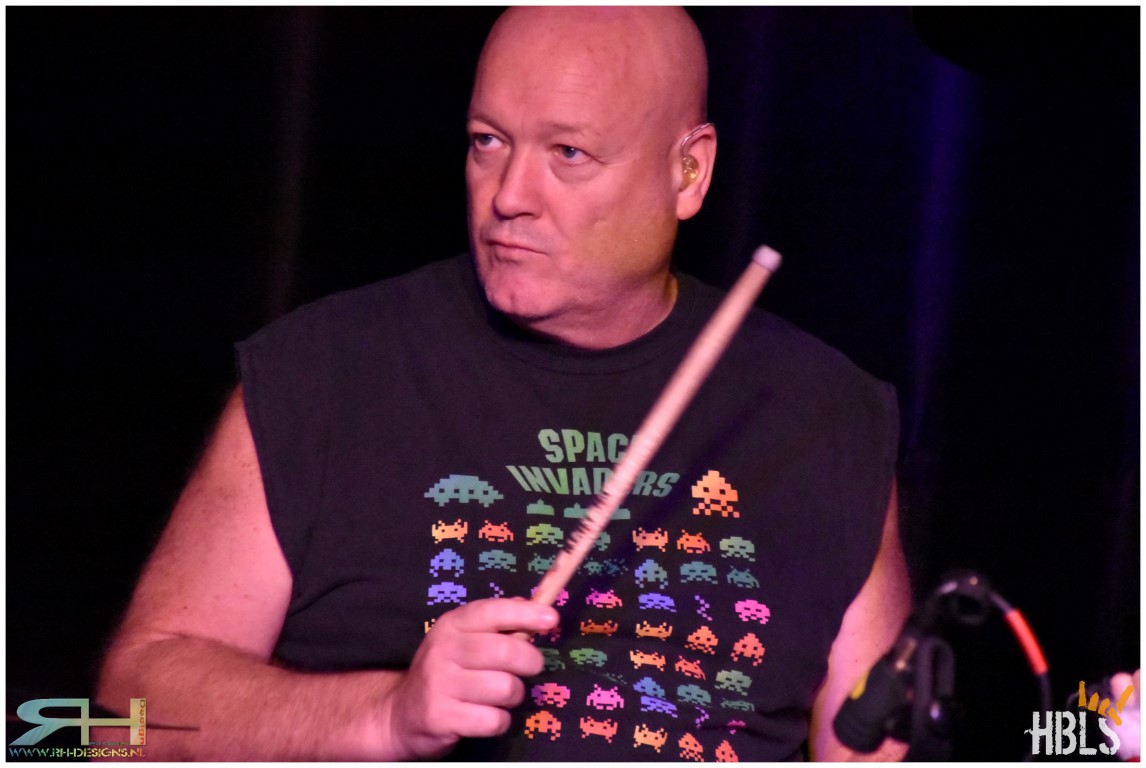 At 8.15PM the band hit the stage and start with the amazing instrumental piece ,,Iona Sunset’’. This  already states how musically gifted this trio is. Next up is the up-tempo ,,Smoke And Whiskey’’, ,,What’s Going On’’ and ,,Got The Right’’. The great thing about this band is, although they (Pat (Vocals/Guitar and Fiddle) – Paul Faloon (Drums) and Marty McDermott (Bass and Vocals)) are absolutely aware of the fact they are very gifted musicians, they never show off and are very humble human beings. 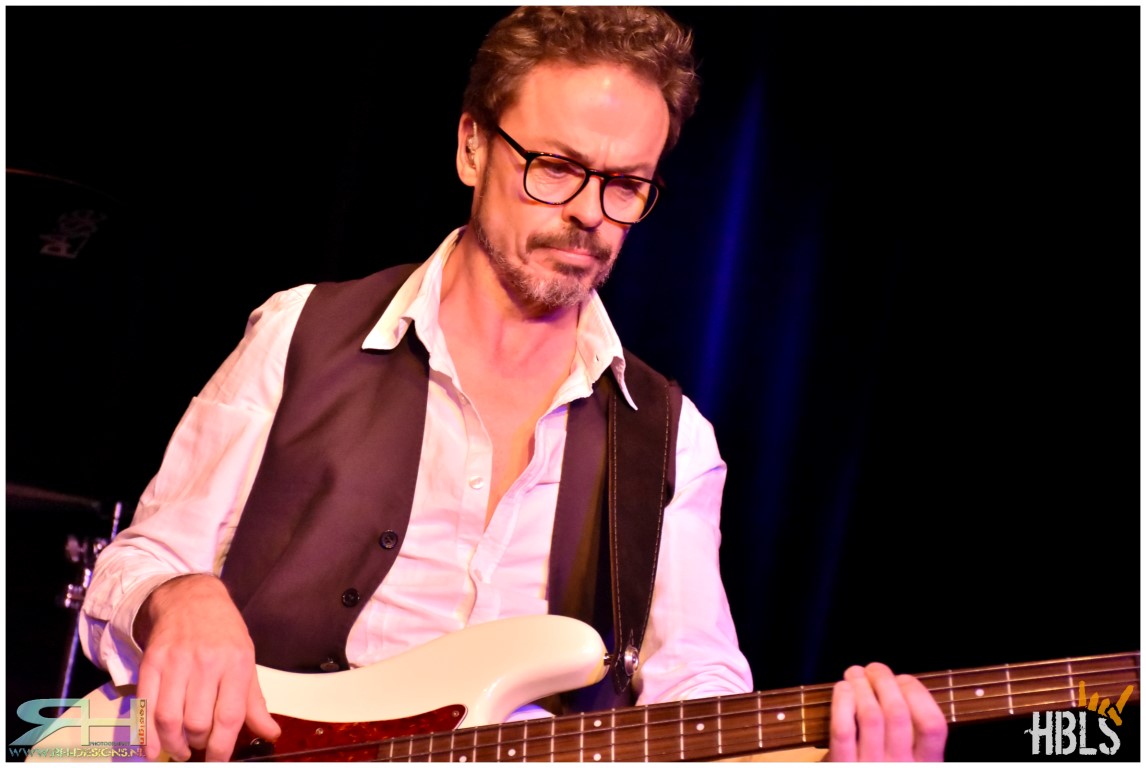 ,,Back In The Saddle’’ and an amazing version of ,,The Messiah Will Come Again’’, a song originally written by Roy Buchanan and probably best known for Gary Moore’s version on his ‘After the War’ album.
The bluesy ,,Red House”, the up-tempo instrumental ,,Juggernaut’’ and the groovin’ and catchy ,,Mama Don’t Do It’’ are the next treats on the list, followed by ,,What If’’ and ,,Runaway Dreams’’ with a solo on the fiddle, instead of the guitar.

And while Pat already holds the fiddle, why not play an amazing version of the ,,Game Of Thrones Theme”? Yes, these guys know how to make an impression. 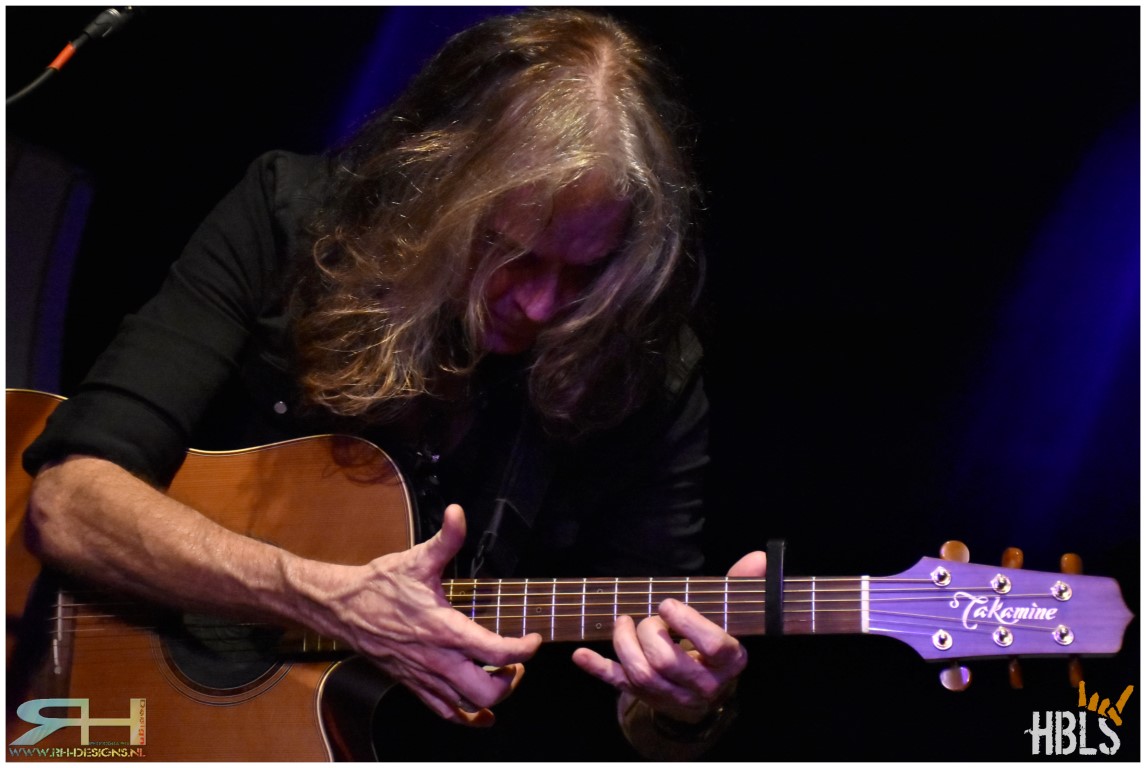 After that it is time to pay tribute to some amazing Irish musicians, Rory Gallagher’s ,,Return Of The G-Man” is played wonderful and Gary Moore’s ,,Parisienne Walkways” just gives you goosebumps all over.
The funky ,,Cross Me Off Your list” continues the set, followed by the groovy ,,Straight Forward”, ,,Running From The Wreckage” and Bob Dylan’s ,,All Along The Watchtower”. The last song on the set is the brilliant ,,Belfast Boy”, that is written as an homage to the late Gary Moore. This song embodies the soul of Moore.

As an encore we are treated for some more songs, amongst them ZZ Top’s ,,La Grange”, ,,Messin’ With The Kid” and, after a lot of screaming and shouting from the attendees, Gary Moore’s ,,Walking By Myself”. 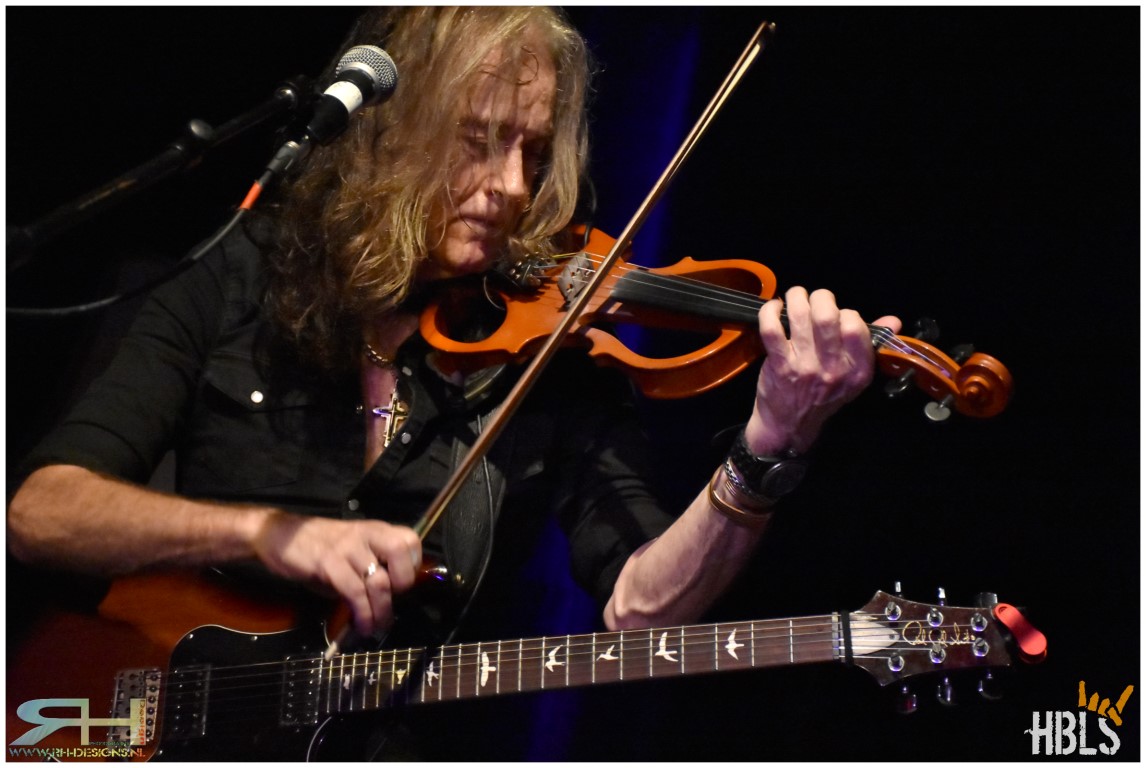 After a stunning gig, like this one tonight, it is beyond me that this band is not as big as some of their Irish brothers were. These three passionate and gifted men deserve more credits and bigger crowds than tonight. If you love Irish flavored bands/artists like Gary Moore, Rory Gallagher or Thin Lizzy, you will absolutely love this band. So GO and see them when you have the chance and support this highly underrated act!!! 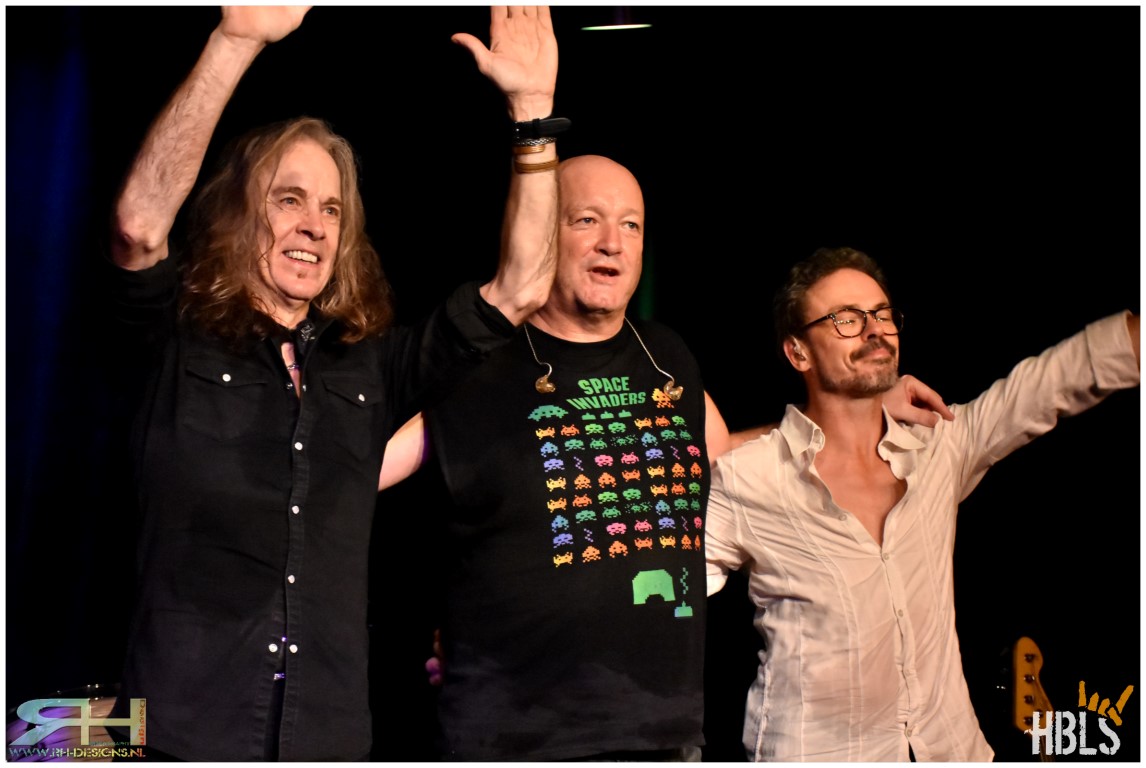