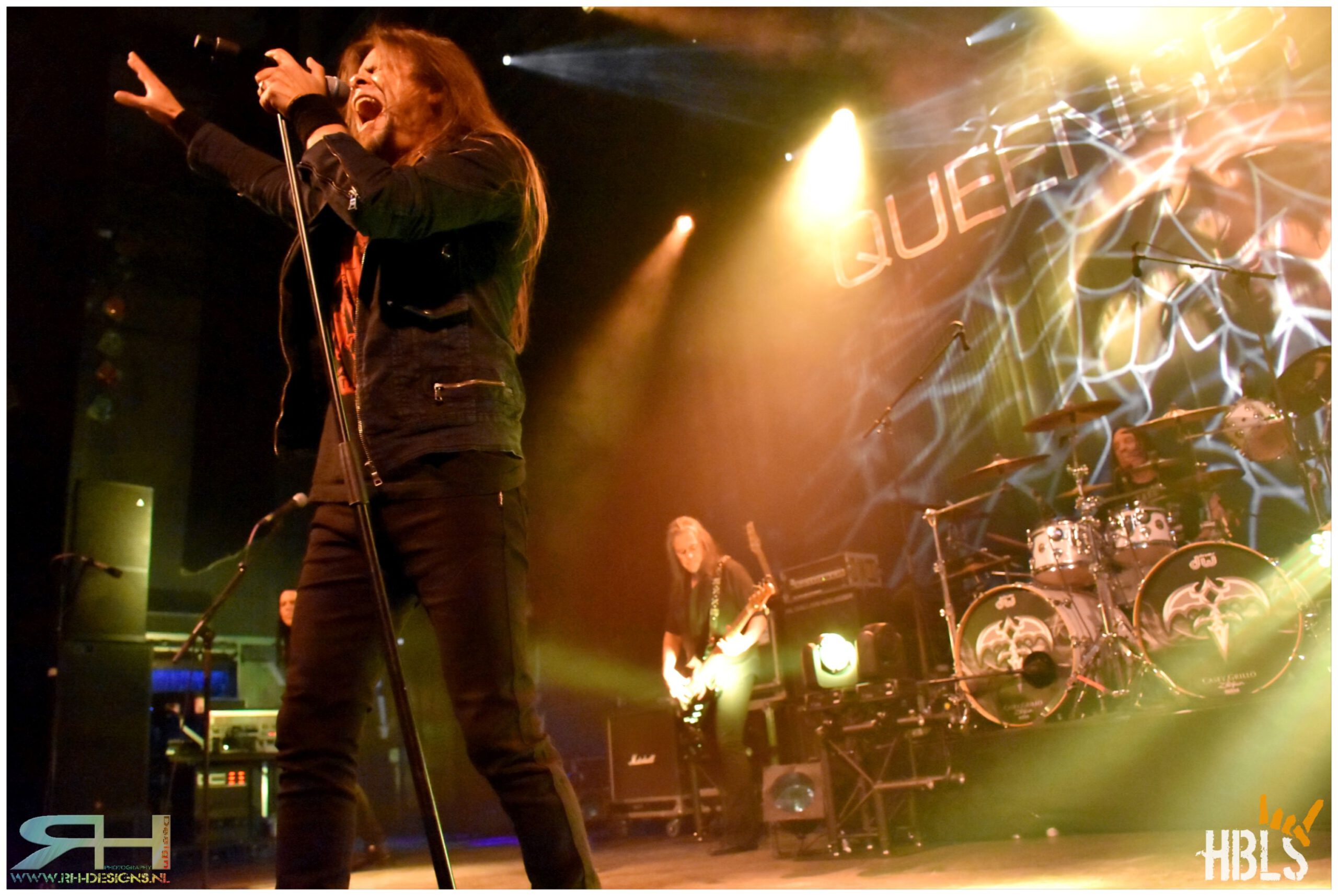 August 4, 2019 by Raymond Helebrand - More about our team

Yesterday Queensrÿche and Firewind played in Eindhoven and because it is always nice to see bigger bands in smaller venues Raymond Helebrand of RH-Design went there for HeadBangers LifeStyle to write a review and shoot some photos.

When a nice tour package like Queensrÿche / Firewind is coming to town, it should be a nice chance to see them in a great venue like the Effenaar in Eindhoven. In between their festival duties the bands found time to do some extra shows and tonight is one of them.
Due to some errors I wasn’t able to catch the opening band (Mirrorplain) of the evening. Guys, sorry about that.
When I arrived at the Effenaar the venue was nicely packed with people. And there was a great calm atmosphere. 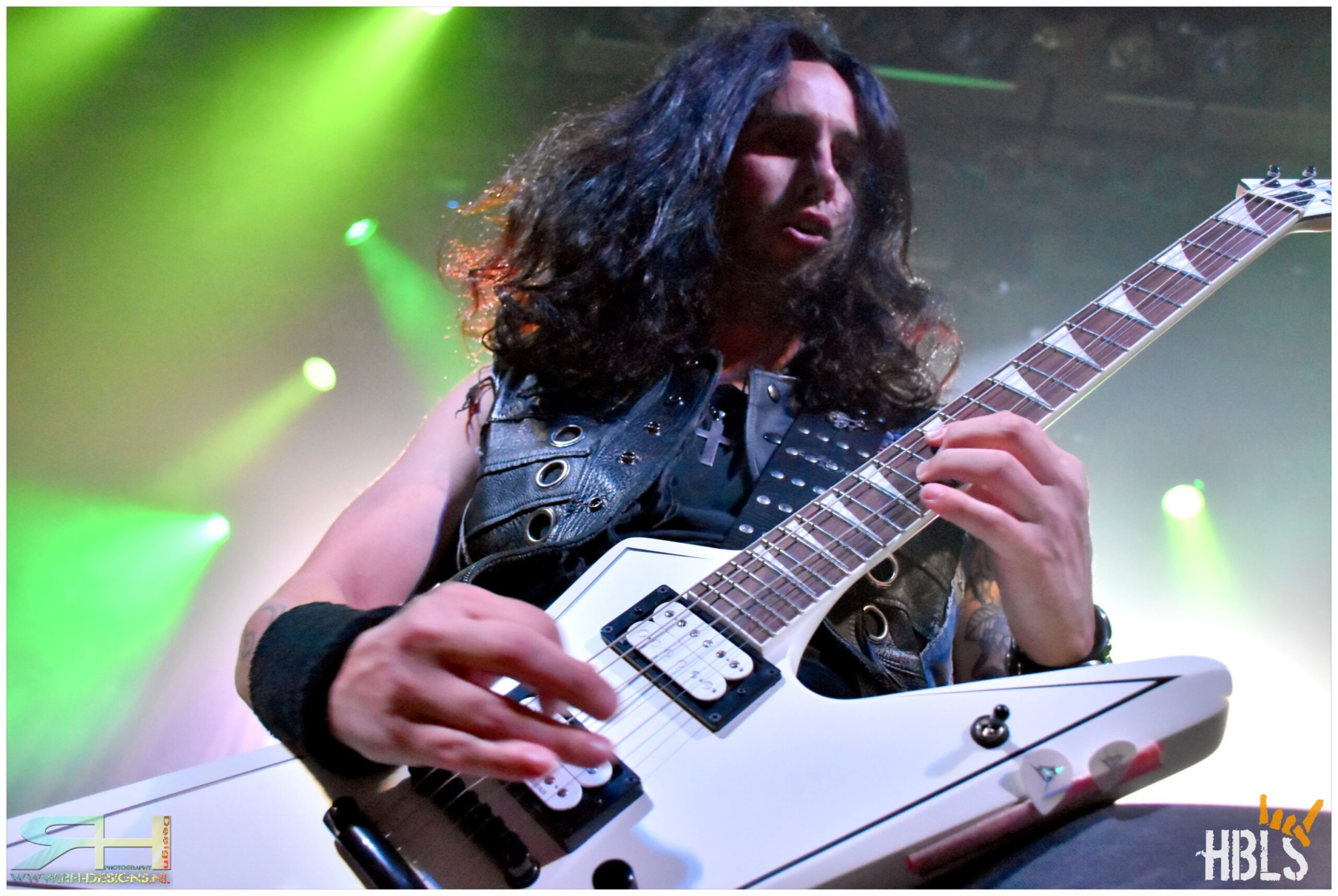 Gus G (Firewind)
7:20PM Firewind was on. Although I have to admit that I do know little about this band, I know that I got to see a great tight power metal band, that is very enthusiastic on stage. Of course lead guitarist Gus G is the centre of attention of this 5 piece band.  It is noticeable this band is around for quite a while. They seem very comfortable on stage and the interaction with the crowd is very well received.
During their 40 minutes set they play songs from throughout their complete catalogue.  They start off with ,,Ode To Leonidas” and ,,We Defy” from their latest effort ‘Immortals’ (2017), followed by ,,Head Up High” from ‘The Premonition’ (2008) and title track ,,Few Against Many” from their 2013 album. 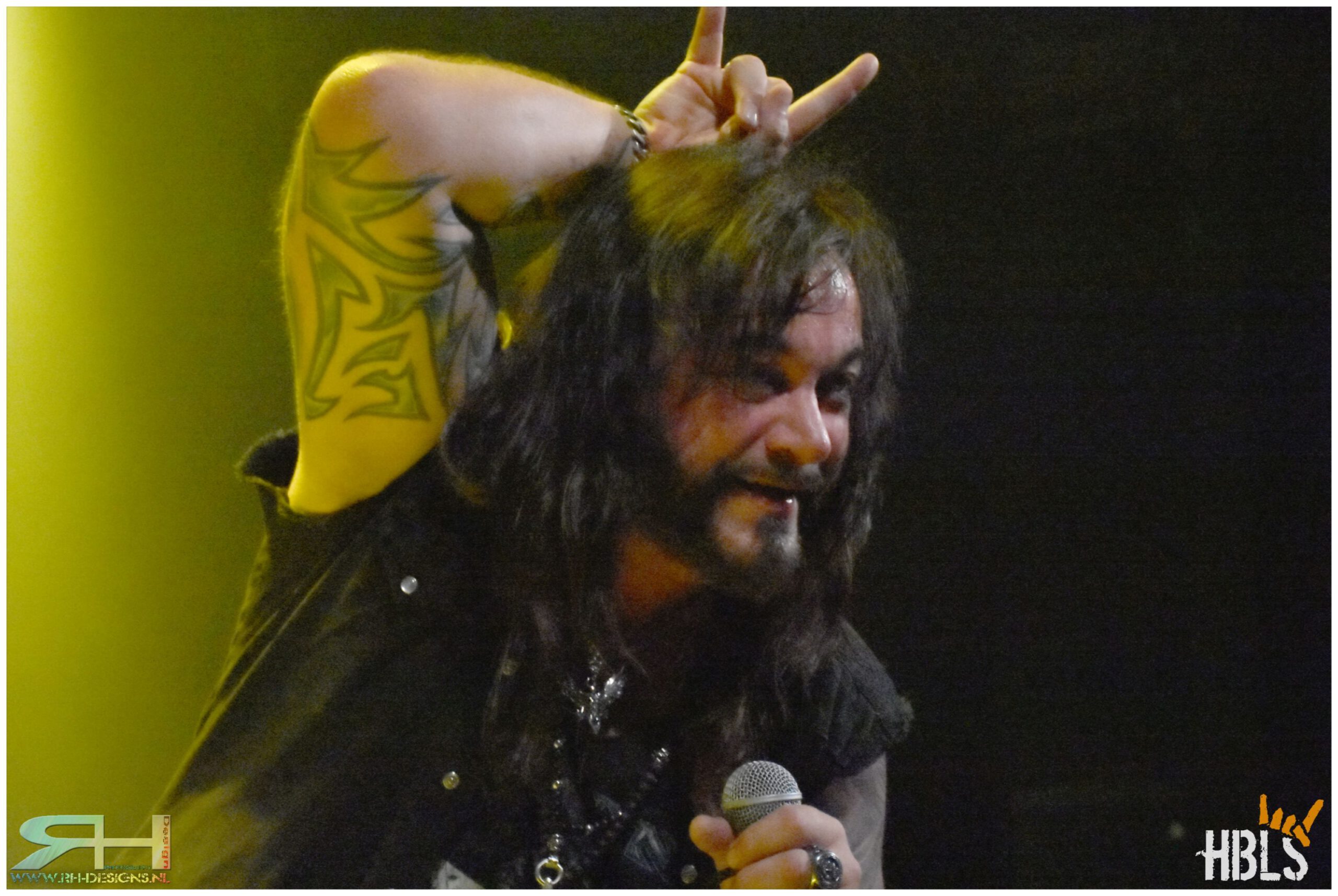 Henning Basse (Firewind)
They resume the set with ,,World On Fire” from ‘Days Of Defiance’ (2010). Next on the list is the instrumental ,,The Fire .And The Fury” from ‘Burning Earth’ (2003). This song gives Gus G the room to show he is a very talented lead guitarist. But make no mistakes, the rest of the band (Jo Nunez –drums, Petros Christo – bass, Henning Basse – vocals, Bob Katsionis – keyboard/guitar) is solid as a rock as well. The next song is a cover from 1988, Michael Sembello’s ,,Maniac” after which they finish with ,,Falling To Pieces” from ‘Alligiance’ (2006). All in all a very enjoyable set, very well received by the crowd. 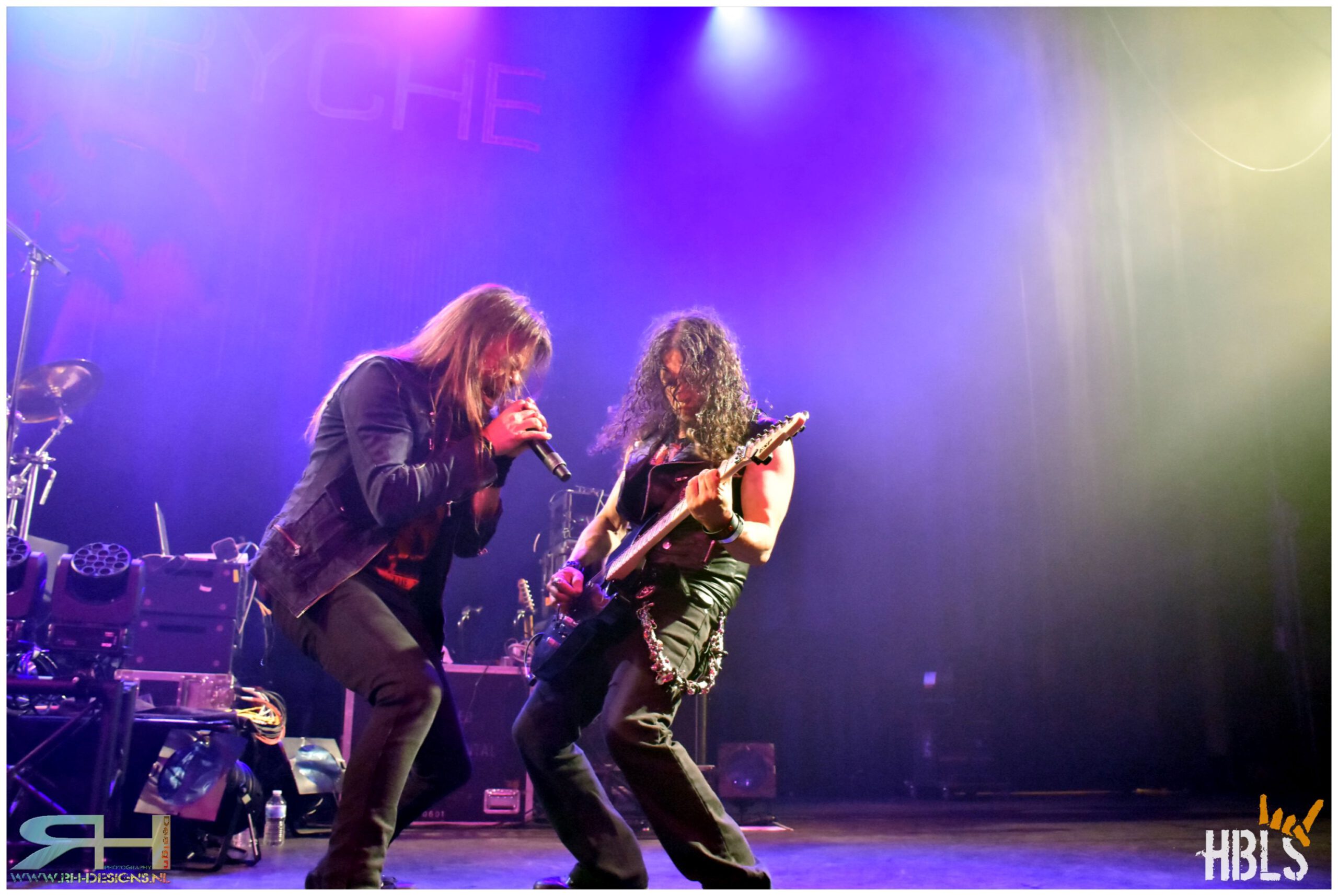 Todd La Torre and Michael Wilton (Queensrÿche)
After a 30 minutes changeover at 8:30PM it is time for main attraction Queensrÿche to start their set with ,,Blood Of The Levant” from their latest effort ‘The Verdict’. Followed by the surprising ,,I Am I” and killer song “NM156”.
The start of the show shows that the band is in a great shape. A big applause for Kamelot drummer Casey Grillo, who has to fill the shoes of longtime Queensrÿche drummer Scott Rockenfield. Not an easy job to do, but Casey does a great job!!!

The band resumes the show with ,,Man The Machine”, ,,Walk In The Shadows”, in my opinion one of the best songs Queensrÿche has ever written, and ,,Condition Human”. 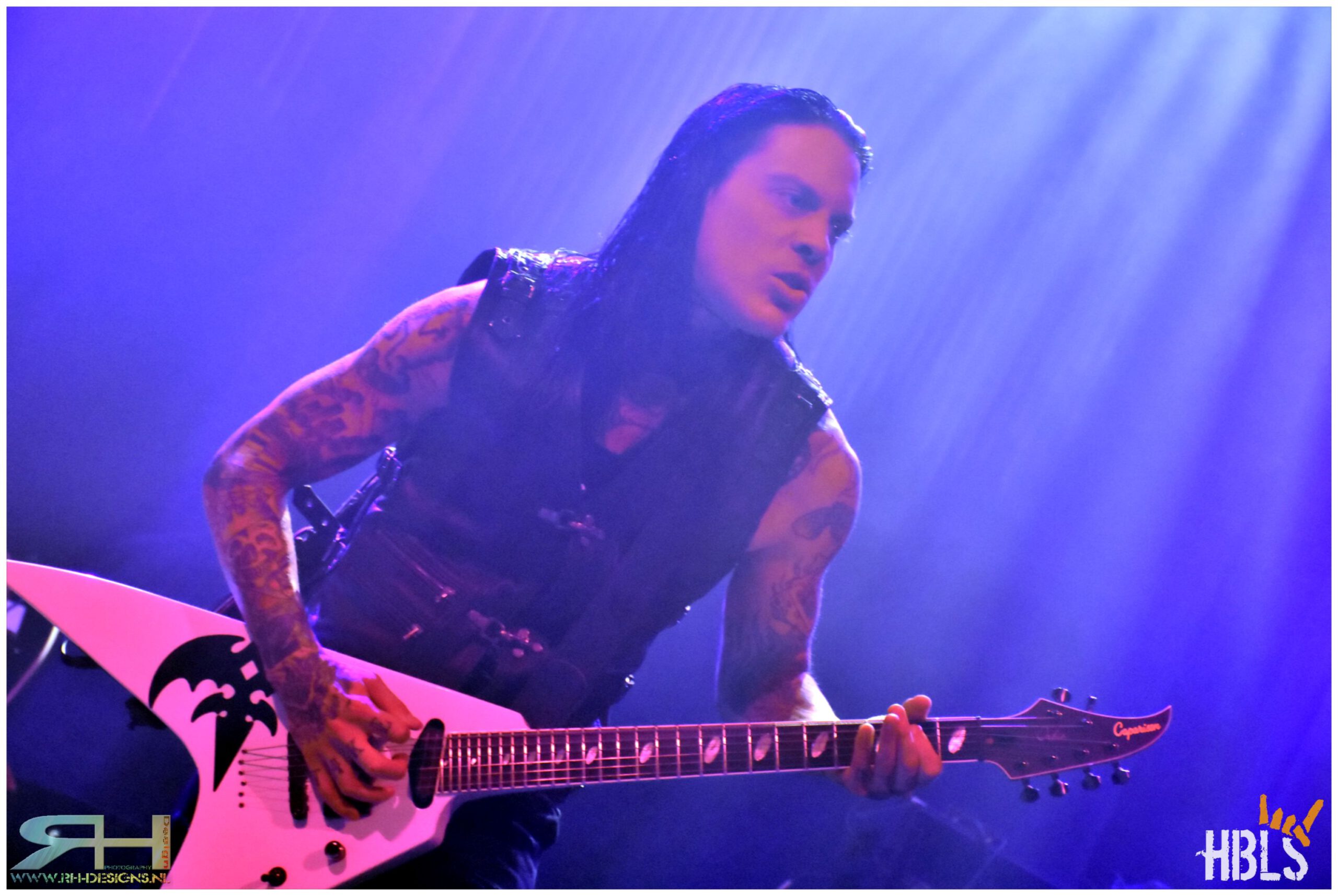 Parker Lundgren (Queensrÿche)
In between the songs singer Todd La Torre makes sure to tell the crowd the band doesn’t want to rely on their songs from the past. And although the newer songs included in the set (about 30% of the set) are of a very high level, it is fair to say that the crowd reaction to the classic Queensrÿche songs is far more overwhelming than the reaction to the newer songs. And why not, these songs made the band to what they are now. 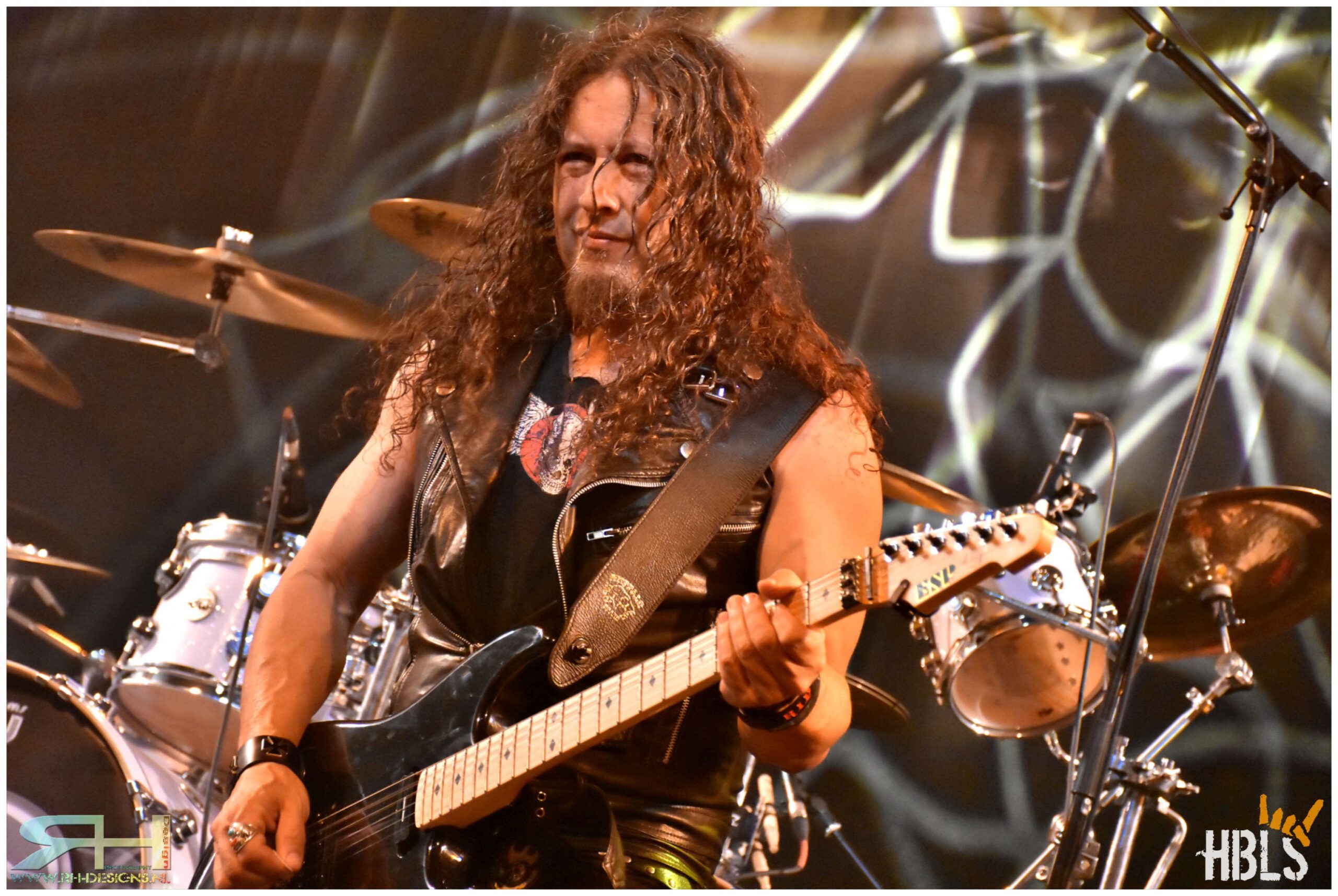 Speaking about classics. Next songs on the set are ,,Queen Of The Reich” from their first ep, which takes us back to 1983, ,,Silent Lucidity”, their biggest commercial hit, and ,,Operation: Mindcrime”!
Guitarists Michael Wilton and Parker Lundgren manage to reproduce all of Chris DeGarmo’s solo’s. Although sometimes Michael is a bit far back in the mix today. Other than this, the sound is amazing tonight!! Bassist Eddie Jackson does what he does best, great bass playing and great vocal lines.

,,Propaganda Fashion” and next highlight ,,Screaming In Digital” come next, followed by  1984’s ,,Take Hold Of The Flame”. The song that concludes the regular setlist is ,,Eyes Of A Stranger” with a small excerpt from ,,Anarchy X”.
For the encore Queensrÿche we get ,,Light Years”, ,,Jet City Woman” and the mighty ,,Empire” to wrap up the evening. 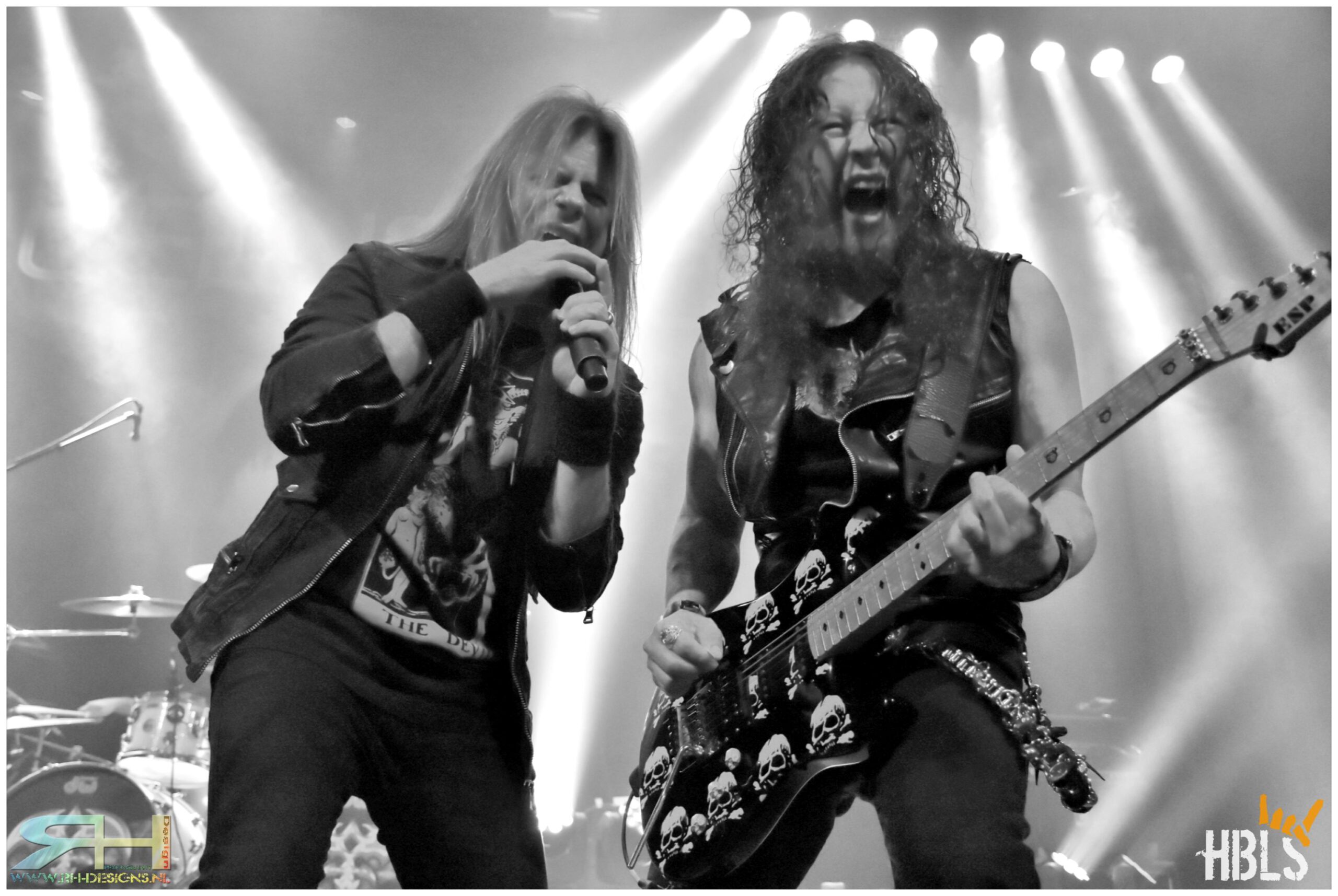 I know there will always be discussion about the fact that former singer Geoff Tate had to leave his place to Todd La Torre. But honestly I think if you have seen the band in this form, I do not think anyone would say they missed Geoff.
Yes I am a fan of Queensrÿche since the beginning and have seen them back in the days with Geoff and Chris. And nothing can match the magical peak they had in the 80’s and early 90’s.

But it was a great evening tonight and the band was in amazing shape. This line-up of Queensrÿche is still relevant and lucky for us they love what they do. When is the next Rÿche show??? 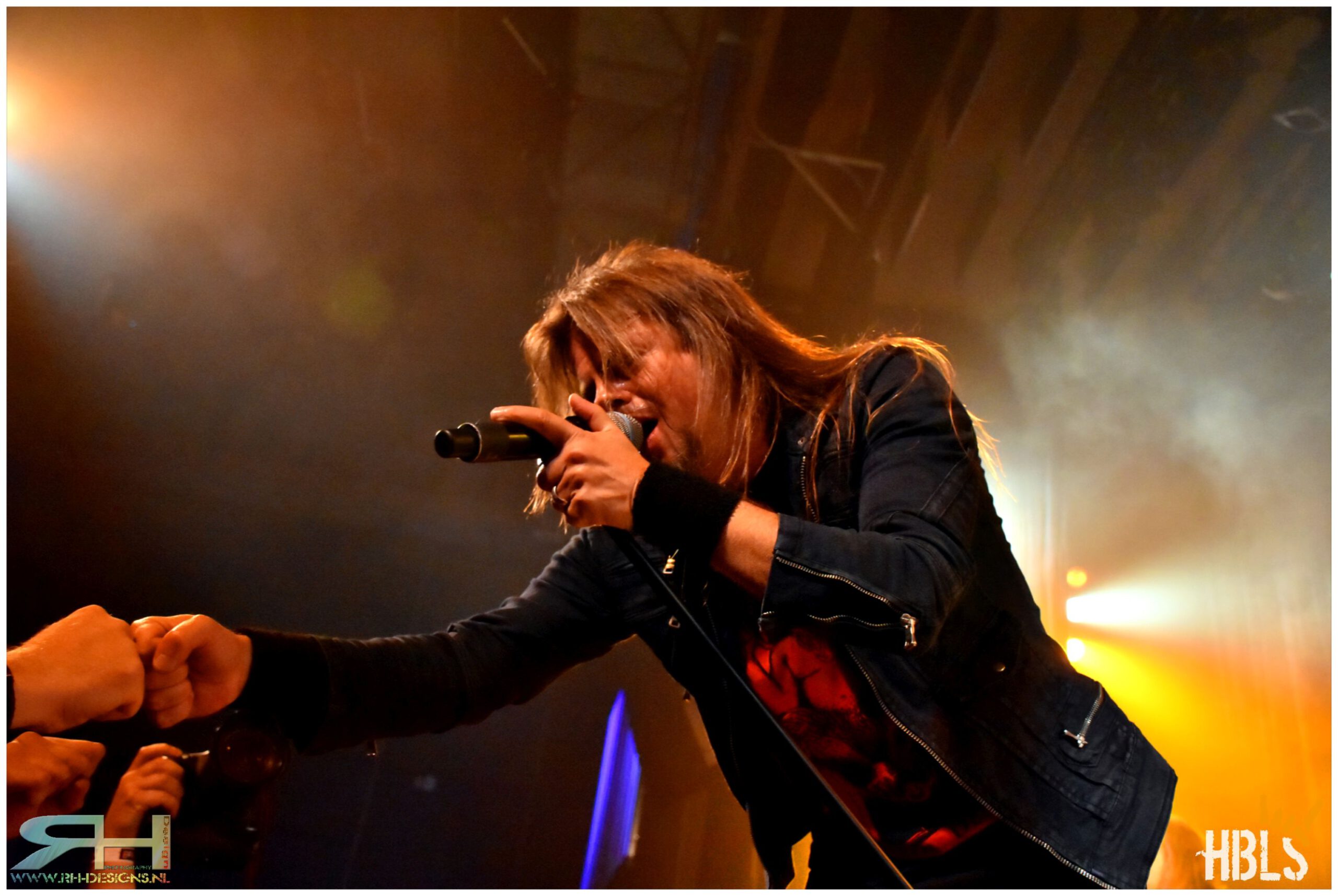