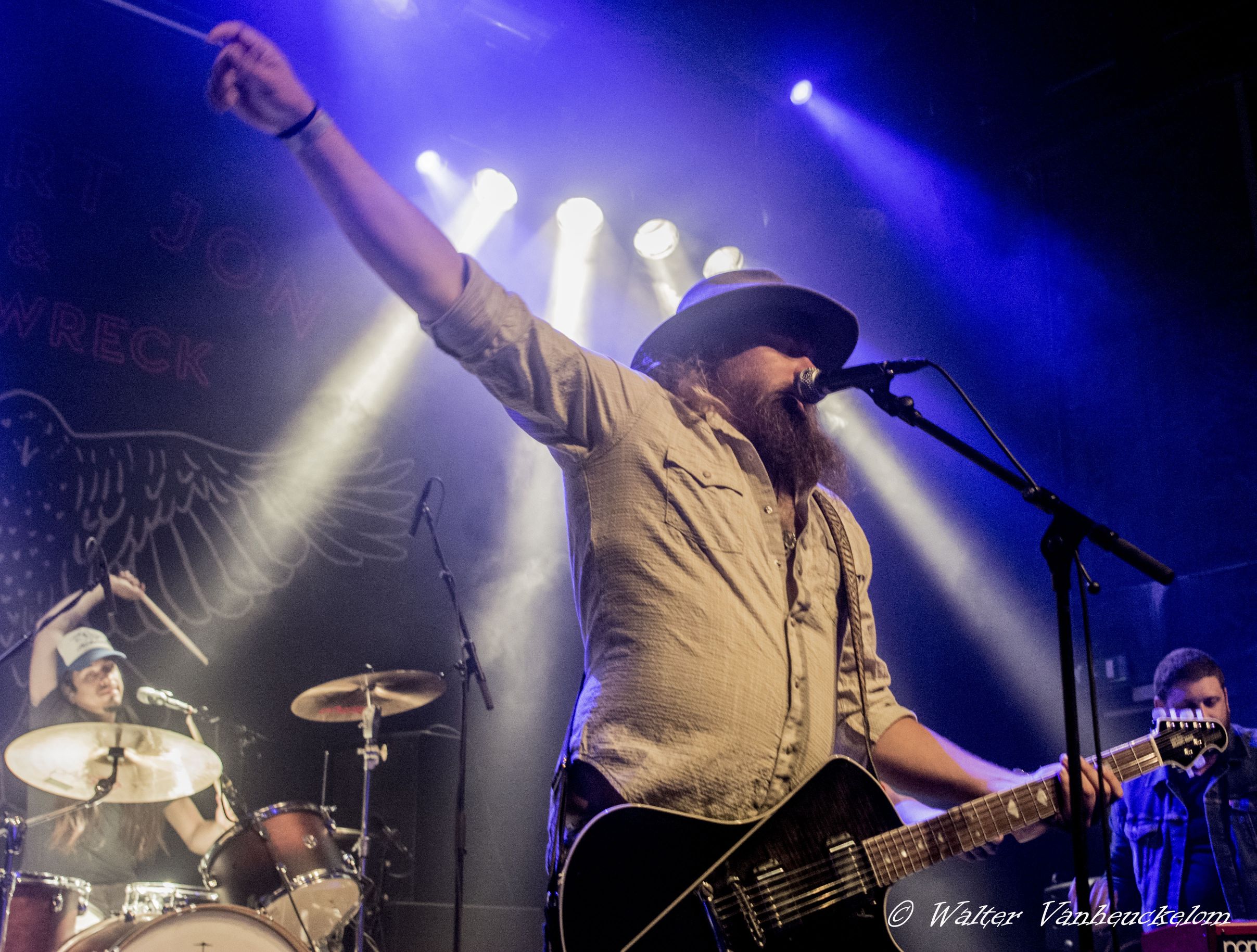 Despite the fact that Robert Jon & The Wreck has been around for eight years, this southern rock outfit from Orange County, California has not yet reached stardom. 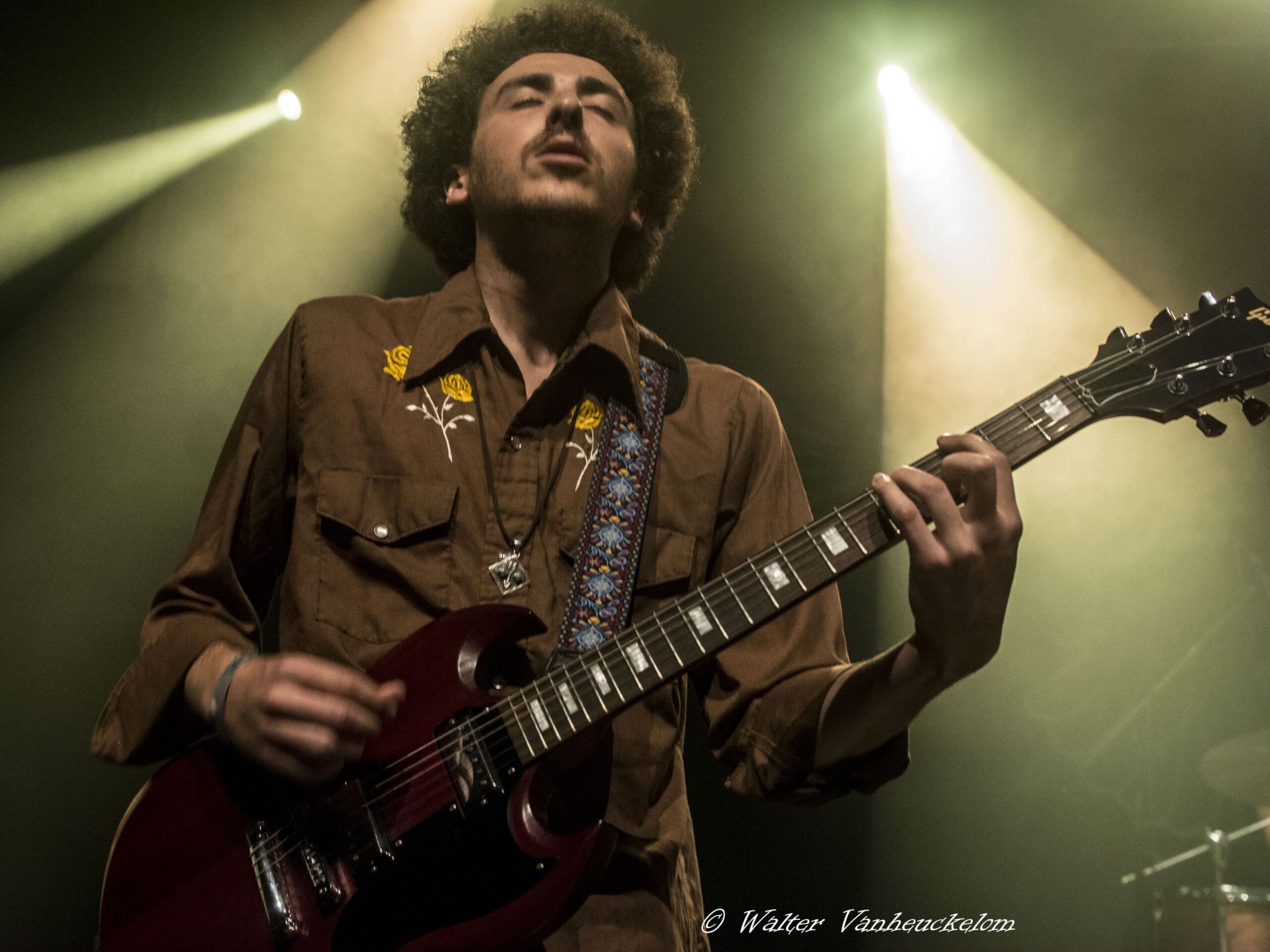 To date, the career of this bustling quintet has primarily taken place in the smaller clubs, although every now and then an appealing festival spot is booked. For that matter the band was already on the bill of the internationally renowned Moulin Blues in Ospel (NL) and this weekend the bandname is printed on the poster of the prestigious Ribs & Blues festival in Raalte (NL) alongside related bands such as Gov’t Mule, Blackberry Smoke, Vintage Trouble and DeWolff. A permanent position in the upper regions of the genre should however be within reach of the Americans, because from purely musical point of view the five have a lot to offer. Their work ethic is also not to be disputed. After all they already have a little under 700 live shows under the belt. Needless to say this band takes its’ business seriously. The band commits to a tight regime and it makes Robert Jon And The Wreck a force to reckon with. A little less than a month ago, the band’s fourth full length album was released and ‘Take Me Higher’ is yet another worthy southern rock statement. And what better than to celebrate this joyous fact than through yet another European club tour. Since the band already connected to a number of fans over a previous visit to the ‘Bosuil’ in Weert, the vibrant room is pleasantly filled.

The 90+ minutes the band sets foot on the stage are convincing on many fronts. The approximately 150 attendees are treated to a genuine southern rock revival that captures classic influences of genre icons such such as Allman Brothers Band and Lynyrd Skynyrd.But the outfit also does not turn its’ back against vivid soul rock in a kinda Richie Kotzen style. 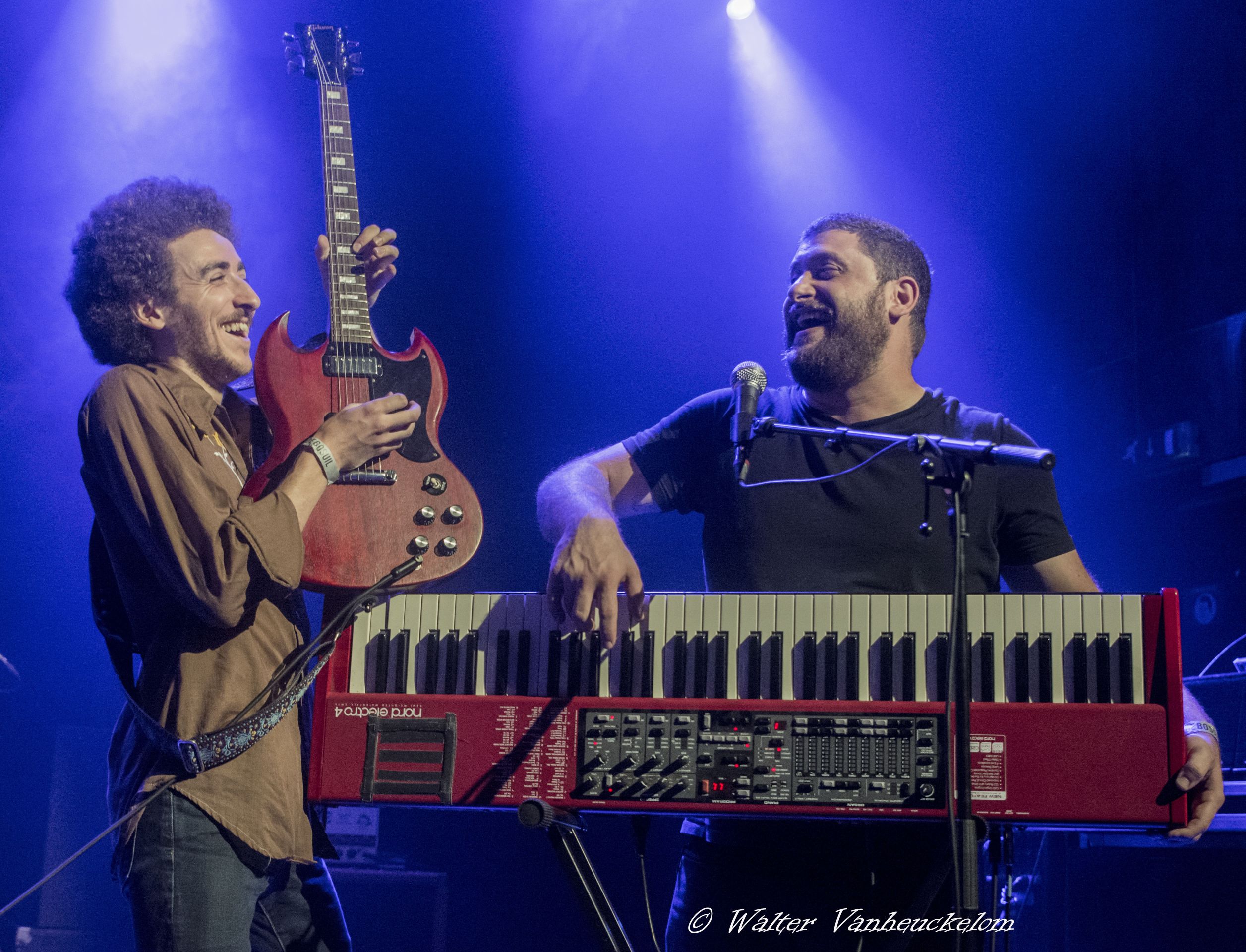 Based on the bandname one would like to think that the name giver is this band’s main focus and it is evidently clear that singer/guitarist Robert Jon Burrison fullfills his role of bandleader with determination. Having said that, the presence of lead guitarist Henry James should not be underestimated to say the least. With his dynamic allround playing, this golden sidekick is capable to solely uphold great southern rock guitar traditions. James knows how to distribute the many aspects of his playing and always seems to be able to place the right accents. One moment his playing is melancholic and fragile but when the song requires some action he knows how to find the gas pedal. His natural appearance and distinctive, yet modest afro coupe does the rest. Long story short; Henry James gives this band some distinctive quality and tonight’ s MVP award goes out to him. His performance makes some of his fellow bandmates look a bit pale though. Compared to James’ dynamic state persona, the performance of the keyboard and bass player comes across a bit standard. Both of them also lack the visual flair of the rest of the band. And even though southern rock is primarily about soul and feel, the visual aspect should not be too underestimated. It slightly disrupts the overall picture but Robert Jon And The Wreck nevertheless remains a band with great potential. 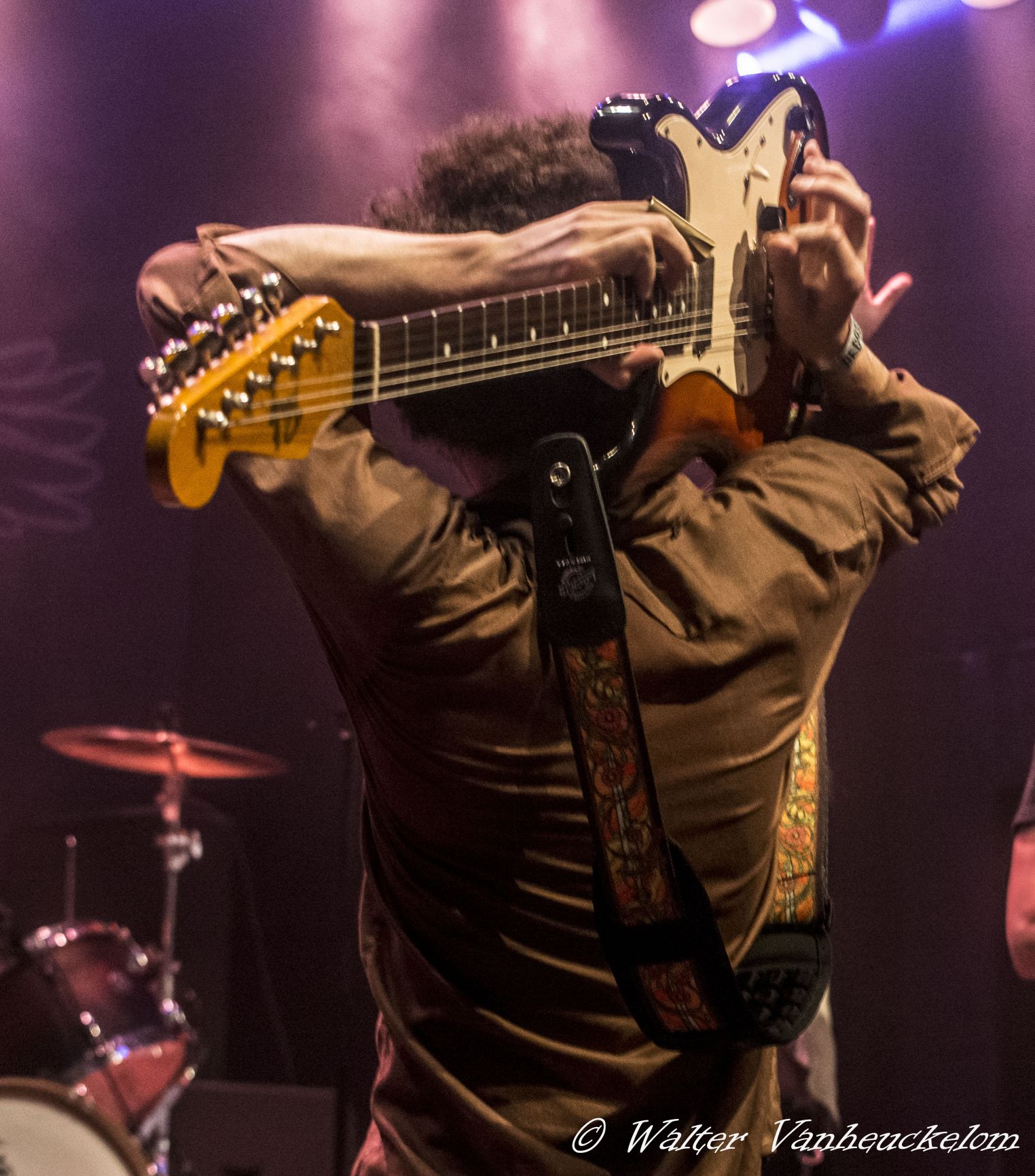 —
All photos courtesy of Walter Vanheuckelom