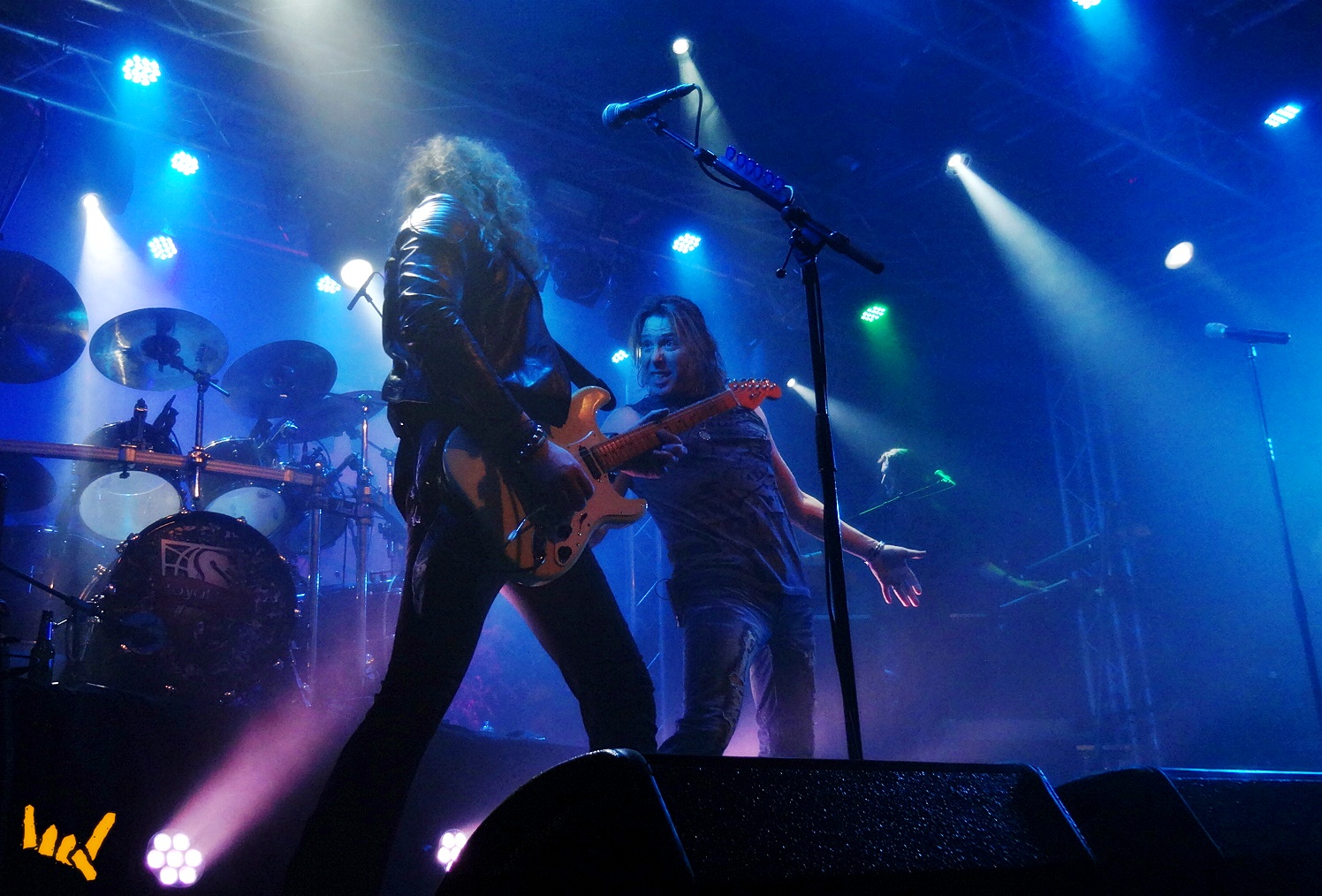 To support the release of the new double live cd ‘Cargo’ progressive rock band Royal Hunt starts an extensive European tour and the second show of this track brings them to Uden. 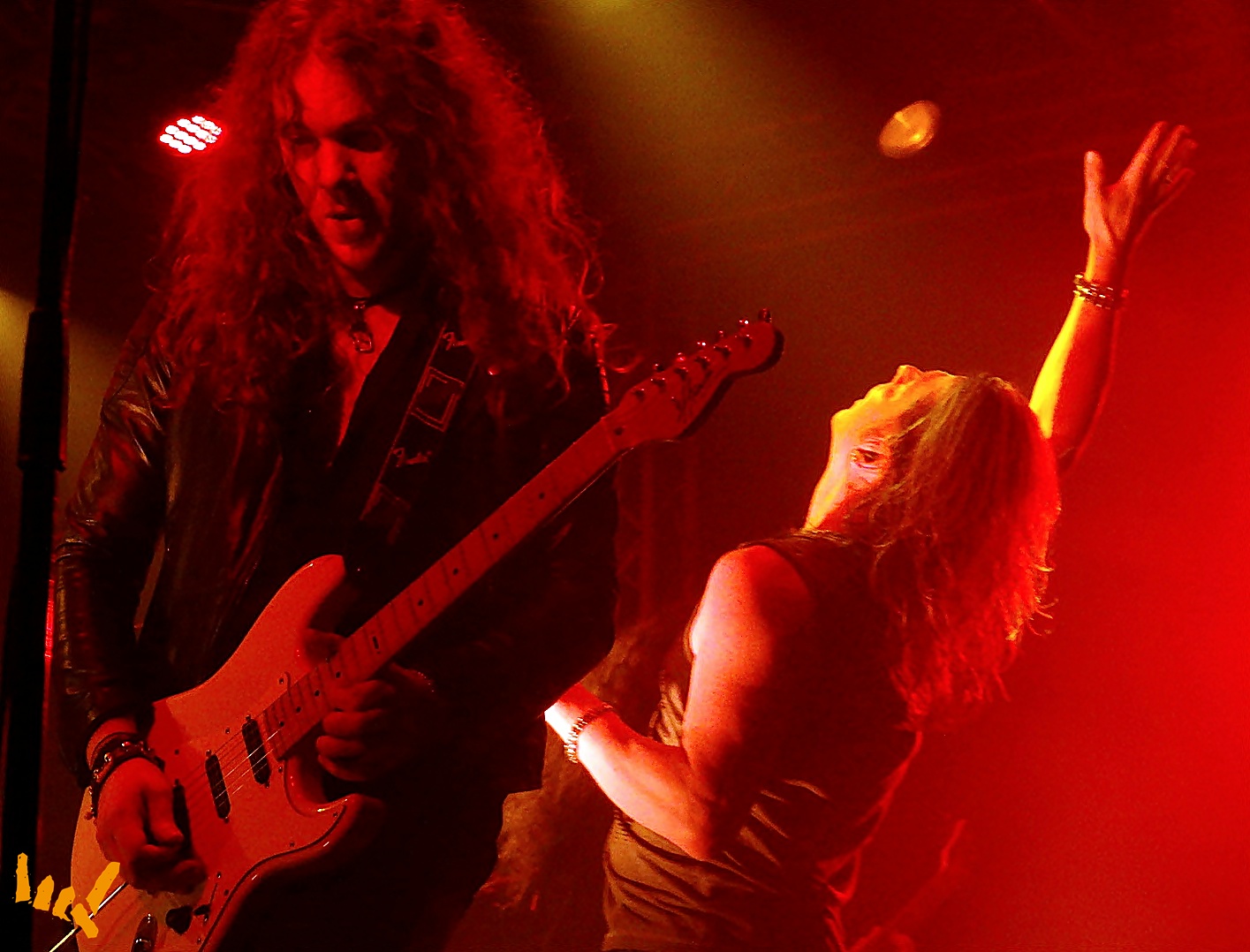 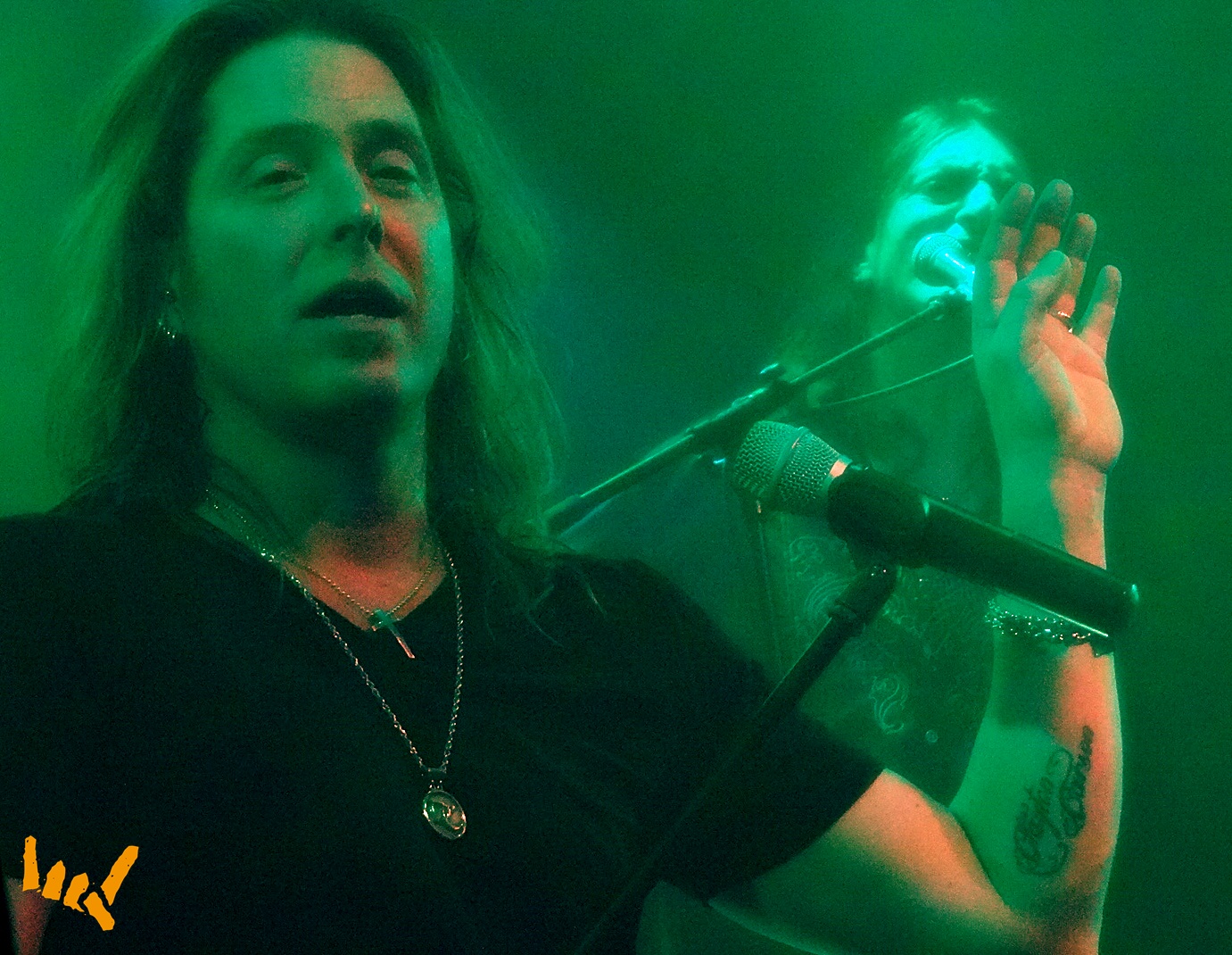 They played in ‘De Pul’ two years earlier and the attendance was disappointing back then, in contrast to the show which was superb. This time, unfortunately, it isn’t much better but those at home couldn’t be more wrong. There is no support band so it is all up to Royal Hunt to make it a night to remember… and they do. From the instrumental opener ,,Martial Arts’’ we are treated to some of the best songs they have to offer. The rhythm section (new drummer Andrea Habo Johansson and bassist Andreas Passmark) lay a solid foundation and Jonas Larsen is responsible for the tasteful guitars. Founder, keyboardist and bandleader André Andersen stays in the background but cannot be overseen. Star of the evening is American singer DC Cooper who is moving around like a ballerina, interacts with the audience and first and foremost sings like never before. His enthusiasm works contagious and we are treated to a nice selection of older and new songs with cool versions of, in no particular order, ,,One Minute Left To Live’’, ,,Wasted Time’’, ,,Silent Scream’’ and from last year’s release ‘Devil’s Dozen’ great versions of ,,Heart On A Platter’’, ,,May You Never (Walk Alone’’) and especially, the beautiful semi ballad ,,Until The Day’’. The regular set ends with ,,Message To God’’ after which the band returns for ,,Stranded’’ and an impressive version of ,,A Life To Die For’’. Trust me, this was an evening well spent and the cool thing about Royal Hunt is that afterwards they took the time for their fans, having a drink with them, taking a photo, signing an autograph and all this without any rush. Hats off to them and hopefully next time they will get the big crowd they deserve. 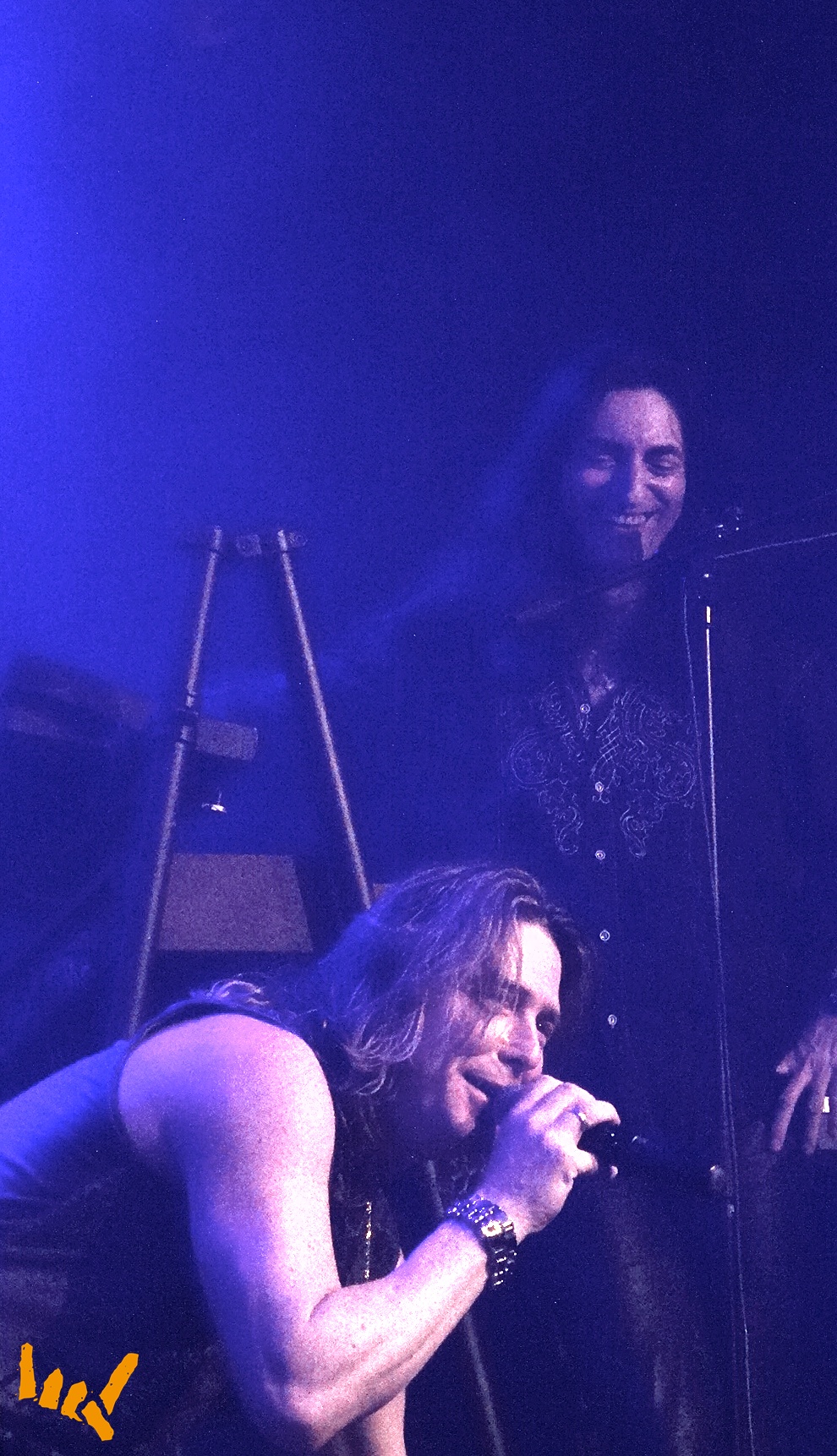 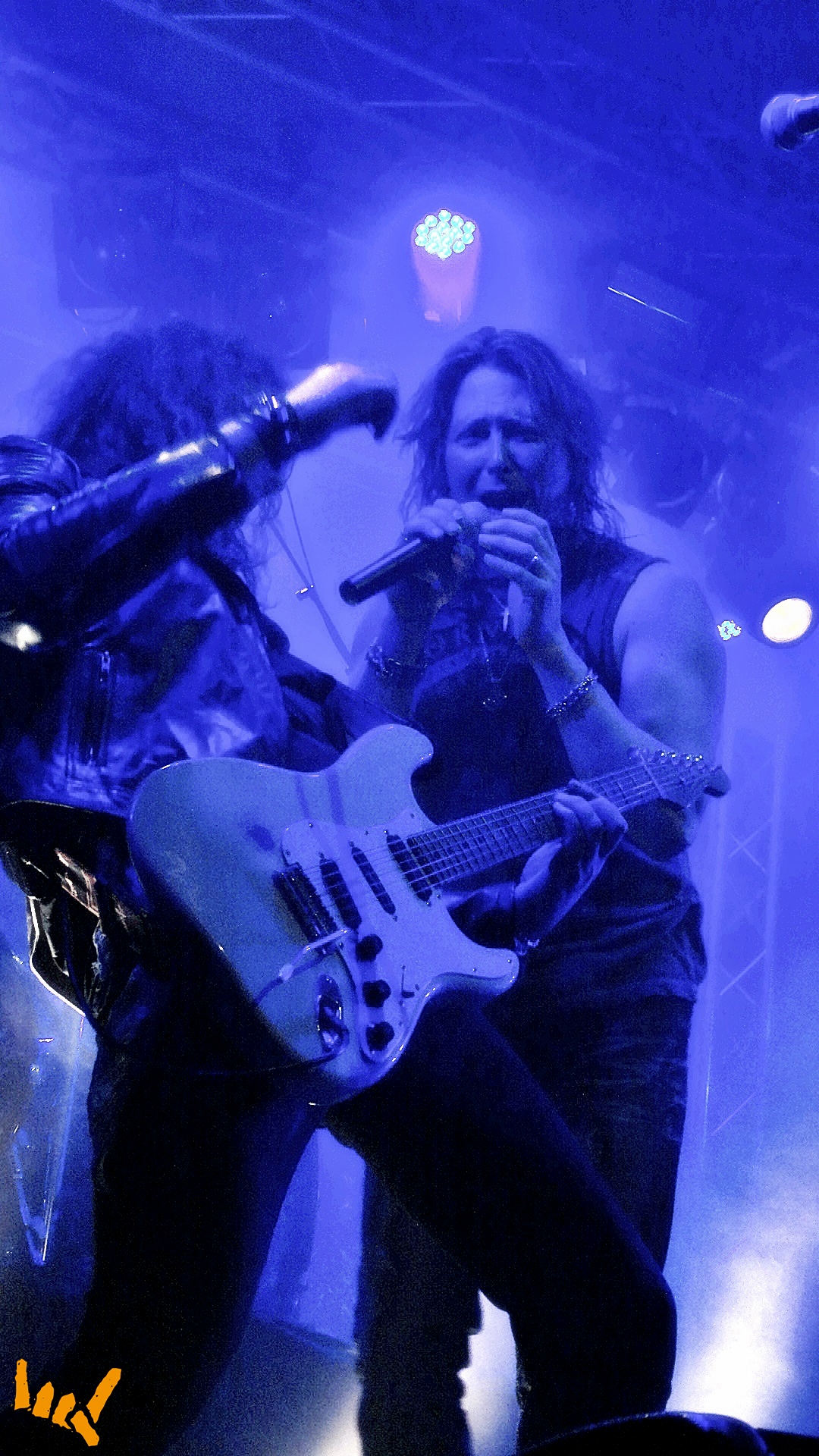 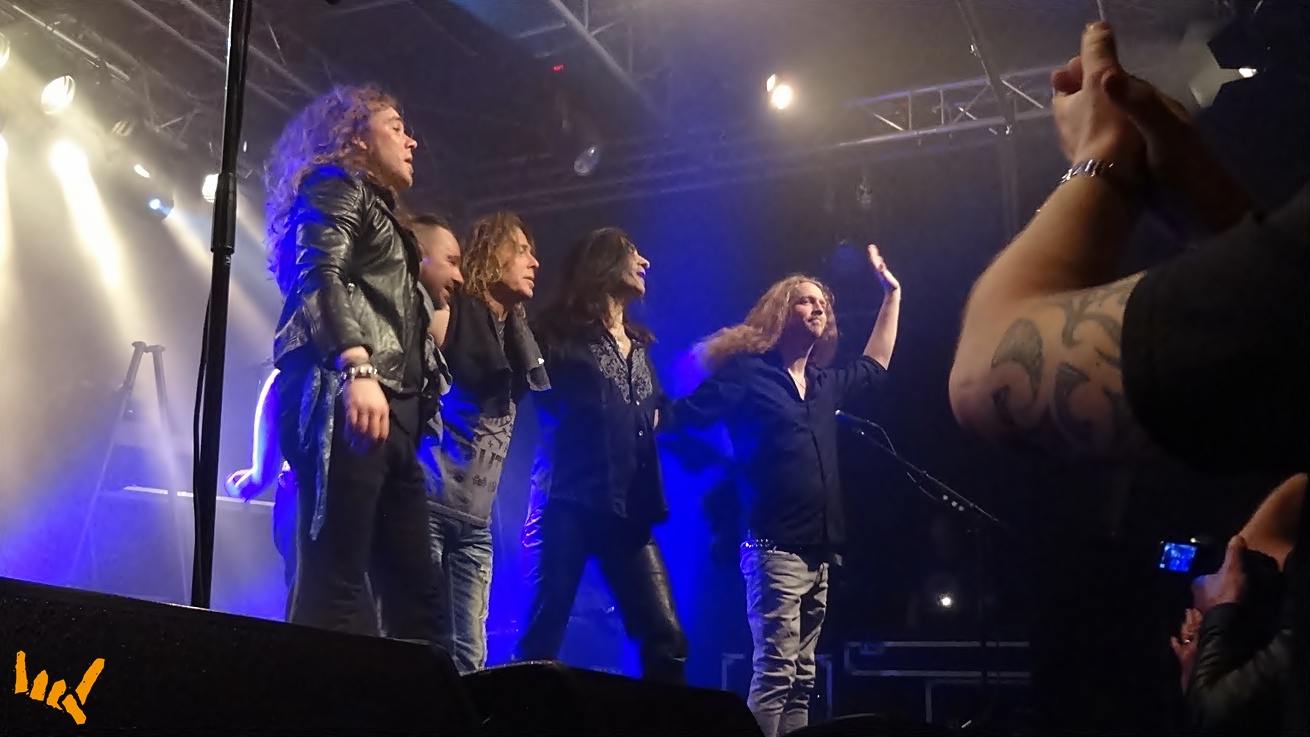 (All photos by Jasja den Heijer)