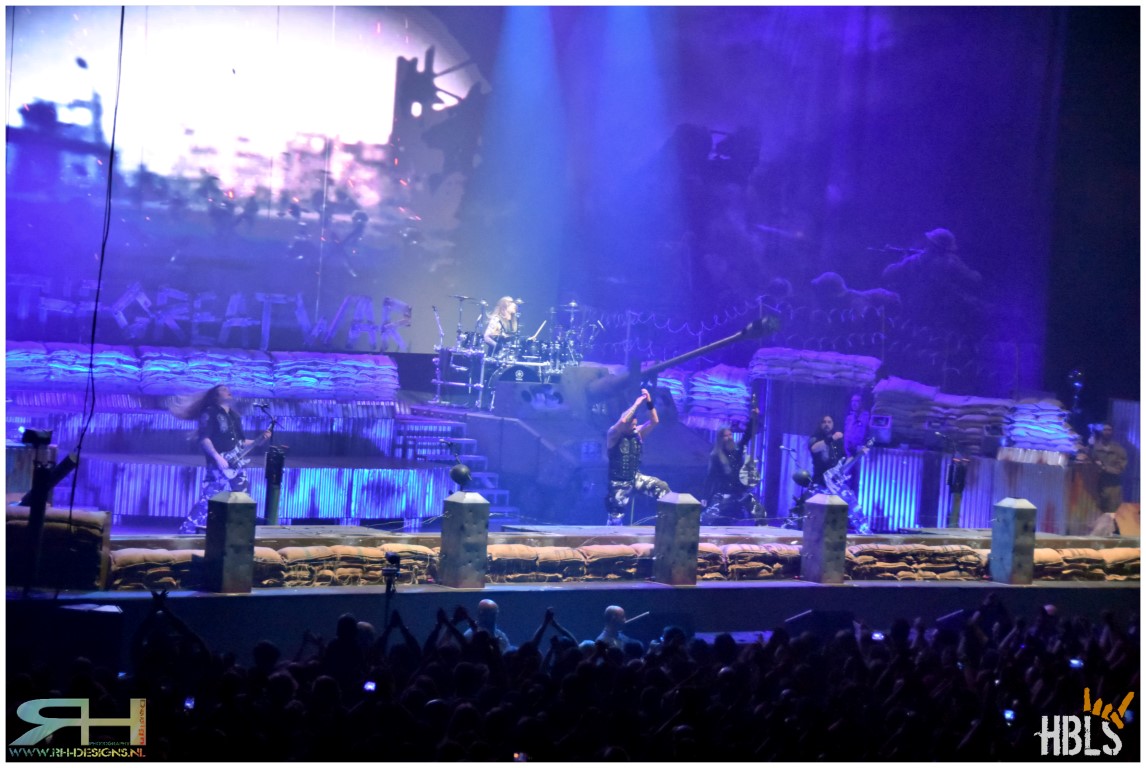 February 4, 2020 by Raymond Helebrand - More about our team

Last Sunday Raymond Helebrand of RH-Design went to Belgium again to see SABATON, APOCALYPTICA and AMARANTHE tear the ‘Sportpaleis’ in Antwerp down as part of their ‘Great Tour 2020’. He came back with the following report and photos for HeadBangers LifeStyle.

On Sunday February 2th, I headed to Sportpaleis Antwerpen (Belgium), to witness the next stop of Sabaton’s ‘The Great Tour 2020’. And when you can fill an arena like the Sportpaleis, or any other venue/arena on this tour, you are absolutely not a small player in the world of Heavy Metal. To make things even more interesting, Sabaton brought the Gothic Cello virtuosos of Apocalyptica and Amaranthe with them on tour. If this was not going to be a special evening, I don’t know what would be. 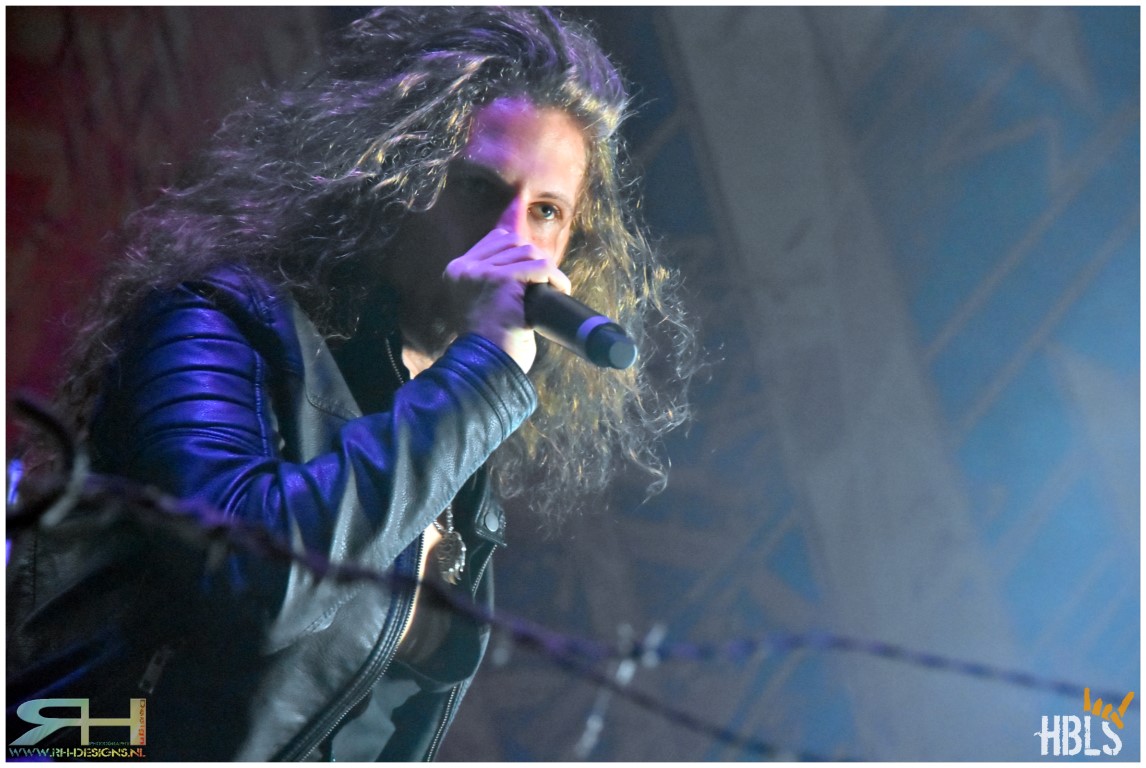 Amaranthe is the first of the three bands to enter the stage. It is a pleasure to see and hear this enthusiastic band. The combination of three vocalists on stage (Elize Ryd (soprano), Nils Molin and Henrik Englund (grunts) works great for them. The band gets all the space and the good sound needed to get the crowd going. Already from the start the reaction of the audience is great. In the middle of the set there even is a ‘we will rock you’ moment, and to me it looked like the whole arena was participating. Not bad for the opening act.
Amaranthe fired ten songs into the crowd. ,,Maximize”, ,,Digital World”, ,,Hunger”, ,,Amarantine”, ,,GG6”, ,,Helix”, ,,That Song”, ,,Call Out My Name”, ,,The Nexus” and ,,Drop Dead Cynical”. This was a highly entertaining start of the evening. 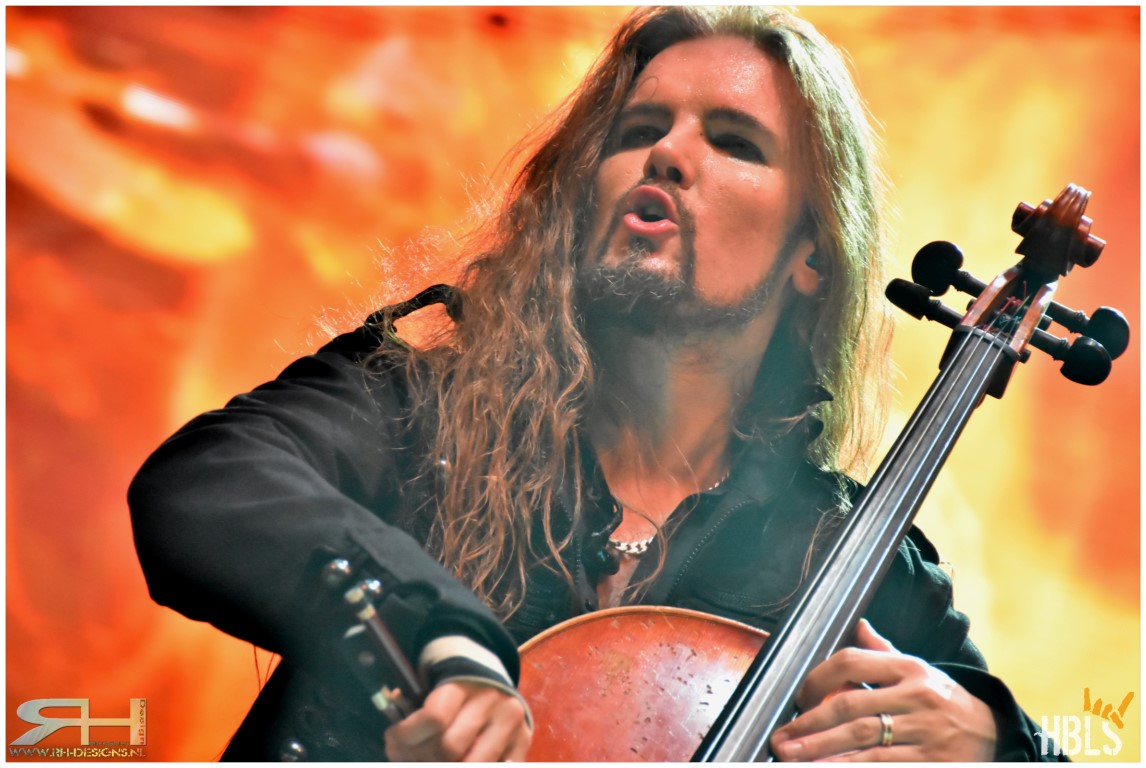 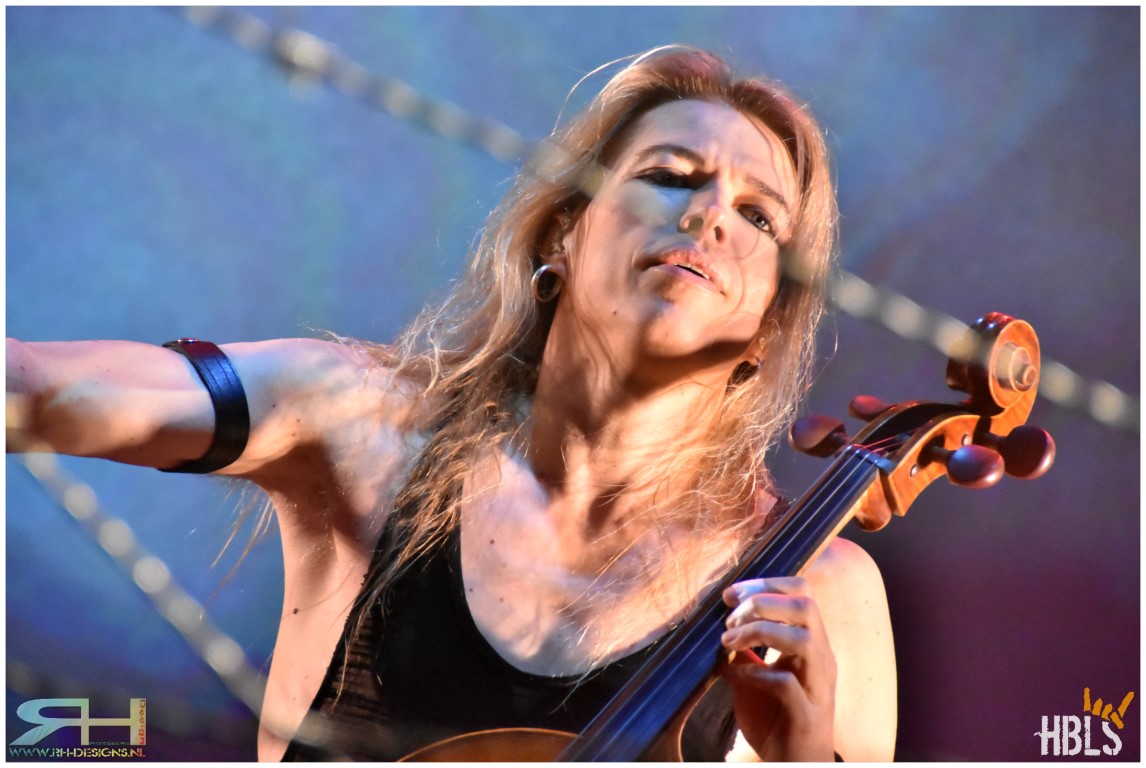 After a short pause it was time for Apocalyptica to enter the stage. These guys have come a long way since their debut in 1996. Eicca Toppinen (rhythm Cello), Paavo Lötlönen, (bass Cello), Perttu Kivilaakso (lead Cello) and Mikko Sirén (drums) just know how to put on a great show. There are only a few people who have never heard of this band and when I see the reactions in the crowd I think tonight everyone knows who they are. The set is a combination of covers and original work. Opening song ,,Ashes Of The Modern World” is followed by ,,Path” and ,,En Route To Mayhem”.
For the next song Amaranthe vocalist Elize Ryd joins the guys on stage to perform ,,Seemann” (Rammstein) and ,,I Don’t Care” with them.
,,Grace” is next on the set, to be followed by the Metallica cover ,,Seek & Destroy” and ,,Hall Of The Mountain King”.
They wrap things up with a beautiful version of Metallica’s ,,Nothing Else Matters”. 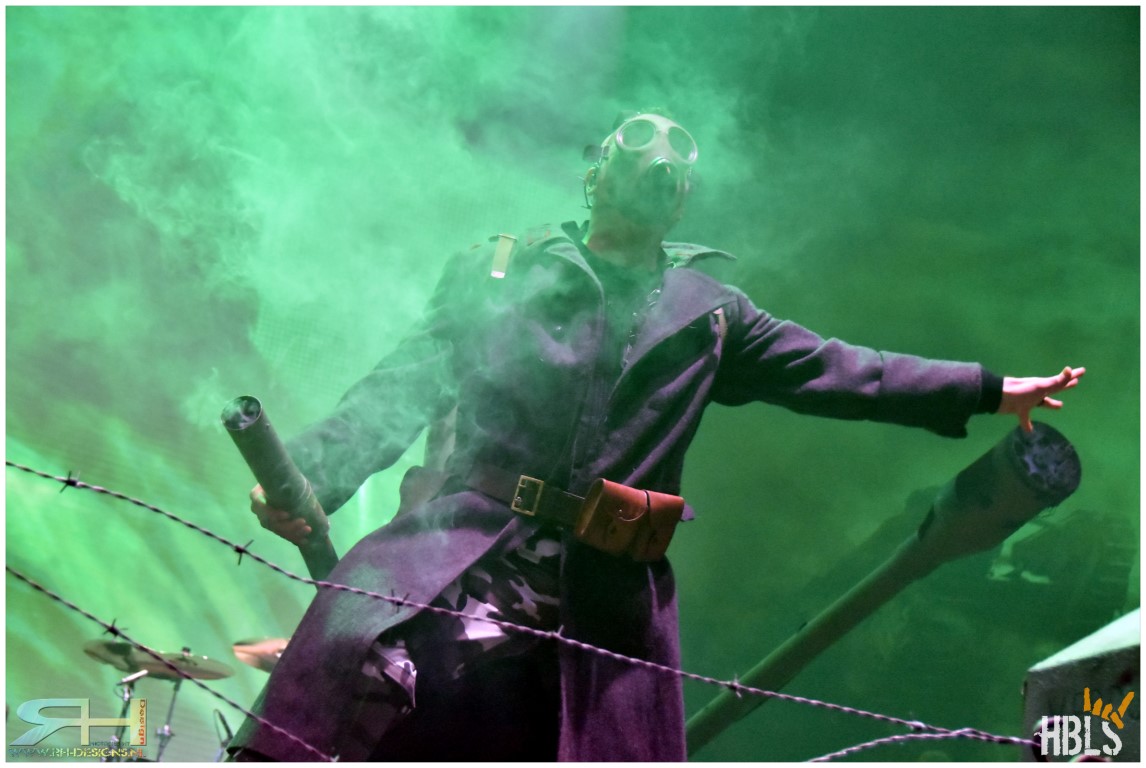 The main attraction of tonight starts around 9.15PM. As soon as the crowd hears the first tones of the bands intro, they start cheering loudly. And right from the start Sabaton makes sure everybody knows that the arena is theirs for the upcoming two hours. The start the set with ,,Ghost Division” and ,,Great War”. During ,,The Attack Of The Dead Man” Joakim Brodén (lead vocals) and the band wear gas masks. 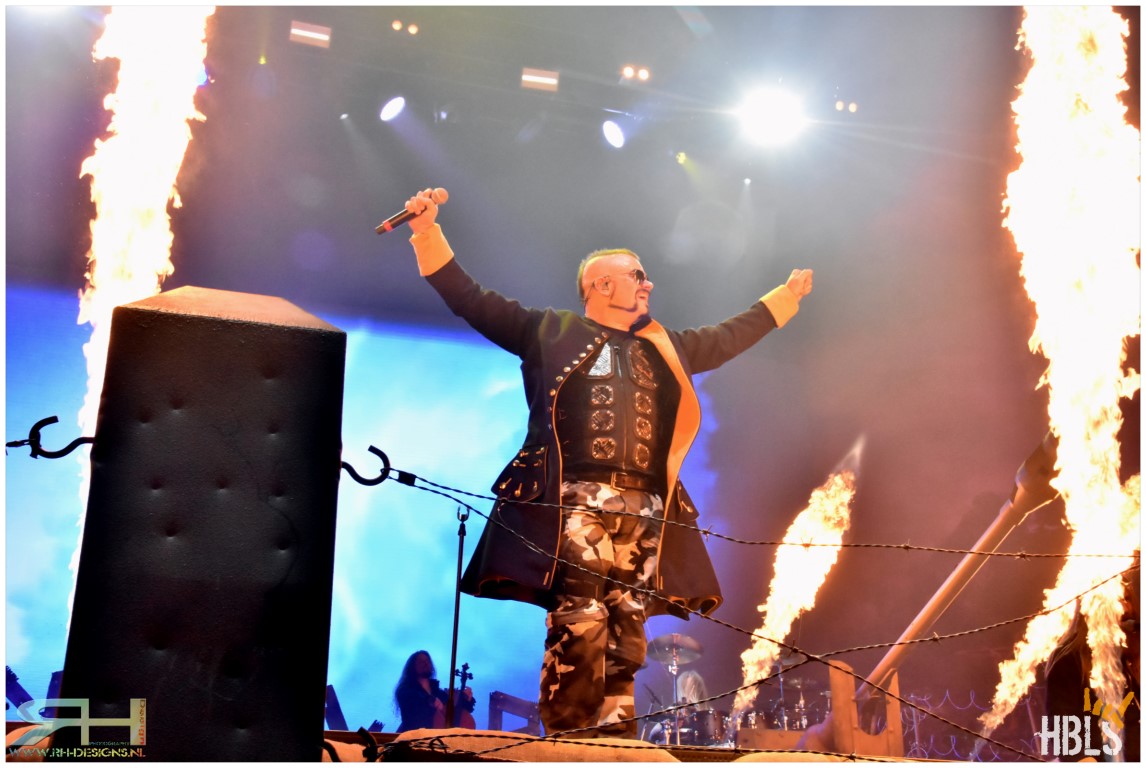 Did I already mention that the whole stage looks amazing? If there was anybody in the crowd who did not like the music of Sabaton, he or she would at least witnessed a great show because Sabaton did not cut back on production. Bombs and pyro are present during the entire show and the lightning and sound is top notch. 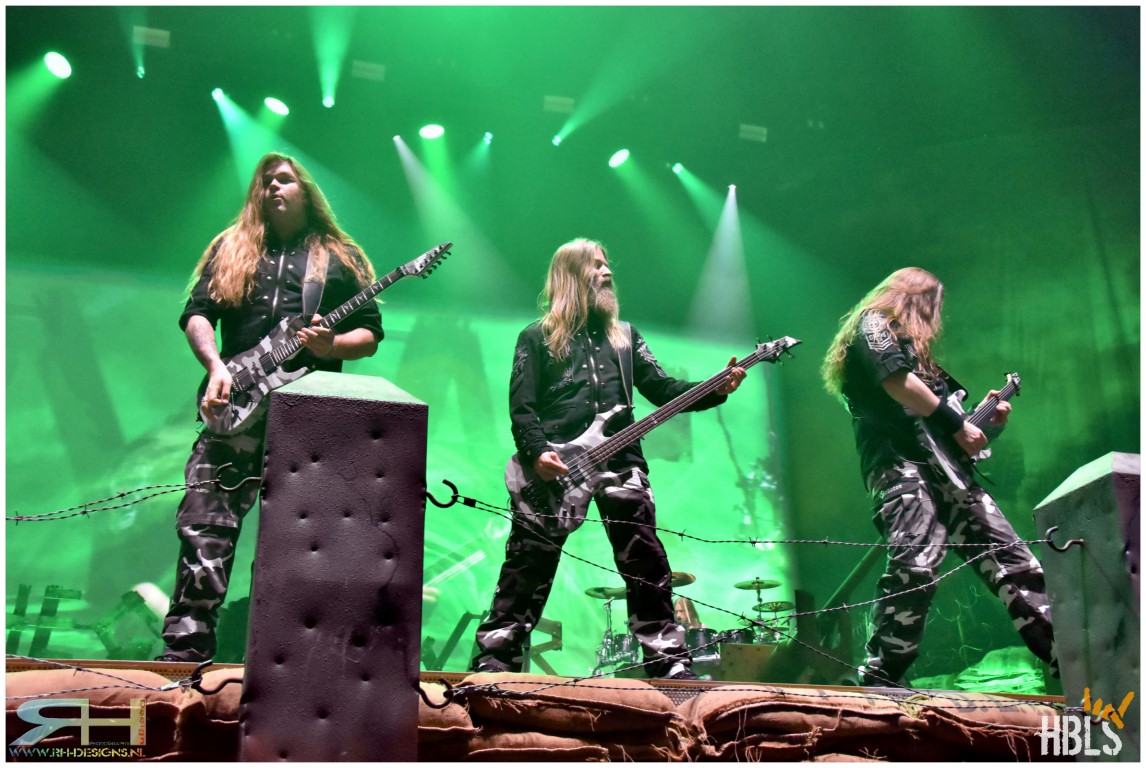 ,,Seven Pillars Of Wisdom”, ,,The Lost Battalion” and ,,The Red Baron” with the actual Baron himself behind his keyboard plane on stage, ,,The Last Stand”, ,,Resist And Bite” (with a “breaking the law” intro) and ,,Night Witches” continue to setlist.
It is more than clear that not only the crowd is enjoying tonight’s show, but the men of Sabaton also have an amazing time on stage. Joakim referring to his goosebumps all over his body says enough. He was even lost for words for a minute.
Now it is time for Apocalyptica to join the Sabaton troops on stage to deliver us ,,Angels Calling” and because they are there anyway it would be stupid to only play one song together. So they stay on stage for the next five songs: ,,Fields Of Verdun”, ,,The Price Of A Mile”, ,,Dominium Maris Baltici”, ,,The Lion From The North” and ,,Carolus Rex”, which is also the last song of the first part of the set. 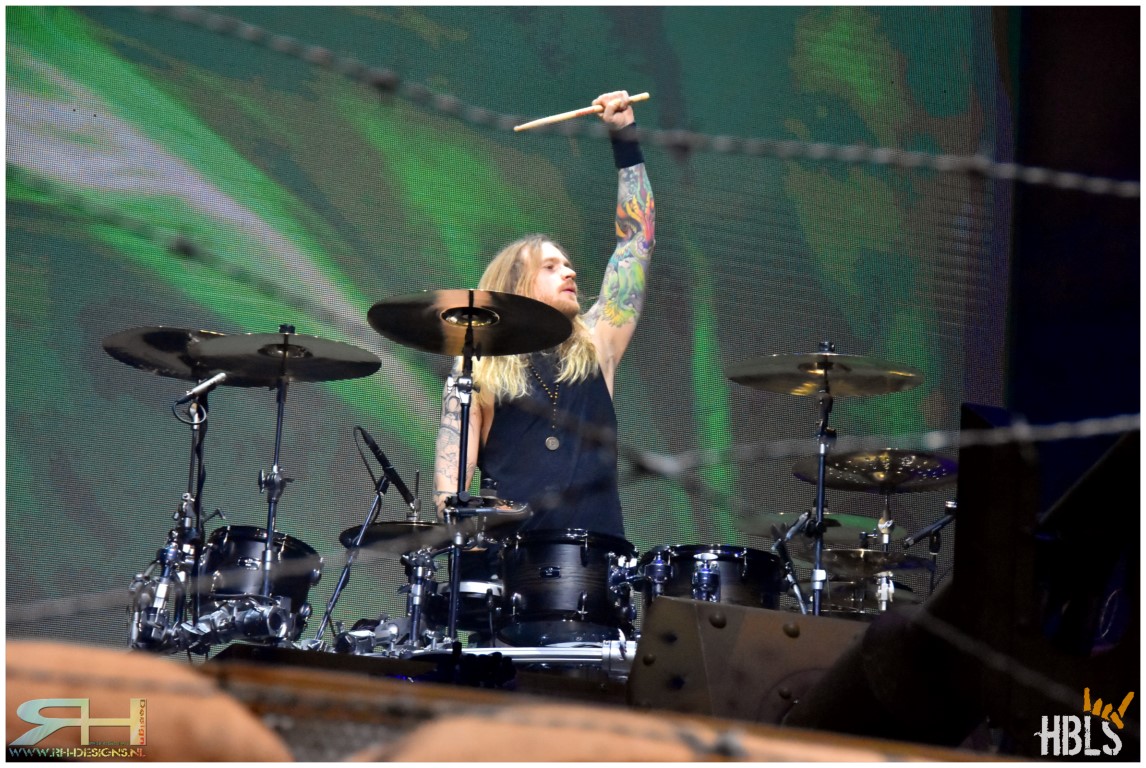 The encore starts with the Sabaton classic ,,Primo Victoria”, to be followed by ,,Bismarck”, ,,Swedish Pagans” and, the last song of the night, ,,To Hell And Back”.
Joakim, Pär Sundström (bass), Chris Rörland (guitars), Hannes van Dahl (drums) and Tommy Johansson (guitars) delivered an absolutely stunning performance tonight. This was a feast for the eyes and ears, perfectly executed.
If you are lucky enough to have tickets for the sold out show in Amsterdam on the 9th of February you will not be disappointed. The next time Sabaton is around, I will go and see them again. ‘The Great Tour 2020’ is a well chosen name for the tour. 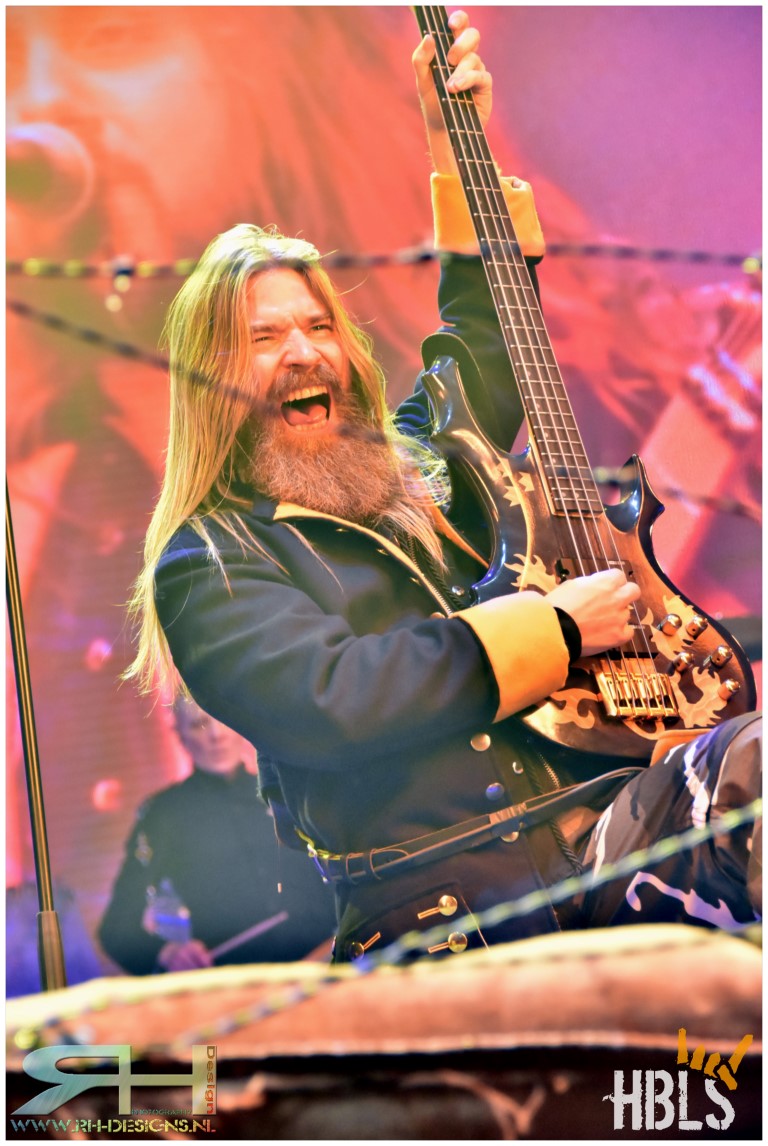