SCORPIONS & BEYOND THE BLACK 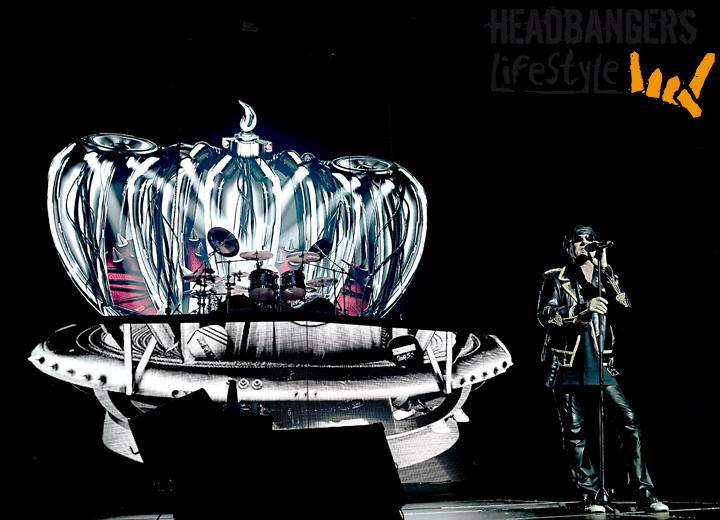 SCORPIONS & BEYOND THE BLACK

Scorpions said goodbye to their worldwide following with their Final Sting tour, which took them all over the globe for over 3 years. Every outskirt of the world welcomed Germany’s hard rocking machine and fans bowed elegantly to pledge alliance with the charismatic German rockers. A final sting in the tail supposedly, but due to popular demand evoked by the prestigious ‘MTV Unplugged Live in Athens’ sessions, the band seemed unable to turn away from their 50 years spanning career and touring streak. To celebrate this milestone the Hannover rocking-clan embarked onto their 50th anniversary world tour that once again took their music to every corner of the world for a celebration of their impeccable career and of hardrock in general. 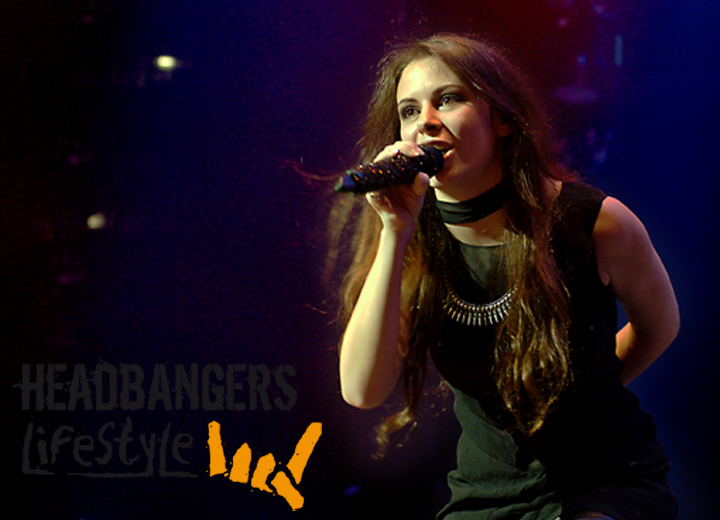 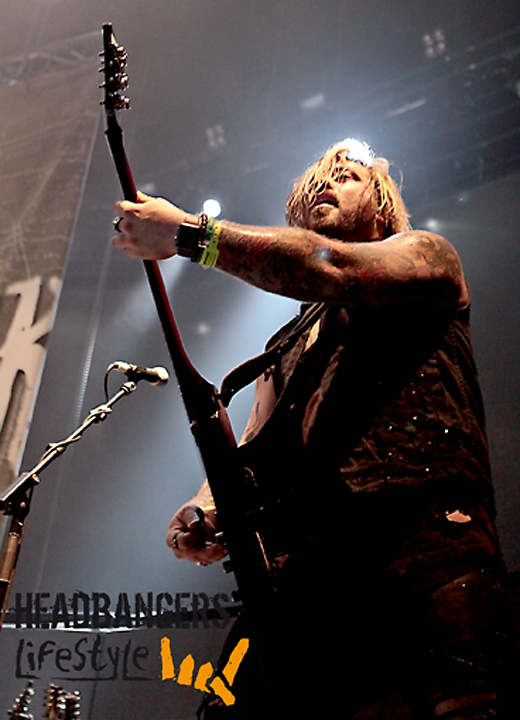 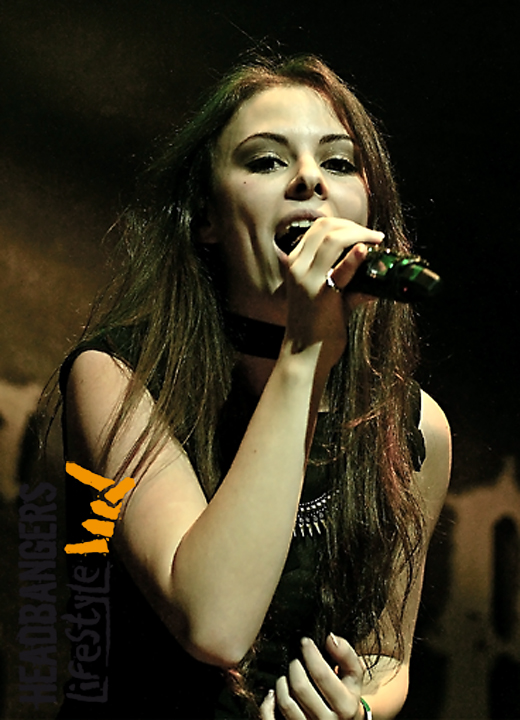 A midweek gig in a freezing cold Cologne leads us from one traffic jam into another eventually turning up late for our interview slot. Lucky enough the band runs into the exact same circumstances but all time is cut short and without any chance to breathe I have to run into the photopit to cover special guest Beyond The Black’s opening slot. The German youngsters around vocalist Jennifer Haben managed to impress at several German festivals and with two albums under their belt they have plenty of material to dig from. The atmospheric epic metal from the band is packed with melody and slick choruses. Their melodic side and Jennifer’s crystal clear voice contrast deeply with the mandatory grunts and howls of guitarist Christian Hermsdörfer (Serenity ex-Visions Of Atlantis), key ingredients of this genre of metal. Even though the giant Lanxess Arena isn’t packed yet, the band manages to fire up the audience with a solid performance. At times a little shy eyed, Haben is the eyecatcher of the band and her looks are captivating, her pitch perfect vocals and performance are spot on. Especially during the intimate Lemmy tribute ,,Love Me Forever” she silences the entire arena. Plugged in they hindsight fine quality. Twin guitars build a solid wall of sound, keyboards add the needed pompous element and dramatic interludes, while the drums is solid and powerful. One song instantly clinged to me; ,,Written In Blood”, and at least made me check out their albums. Mission accomplished. 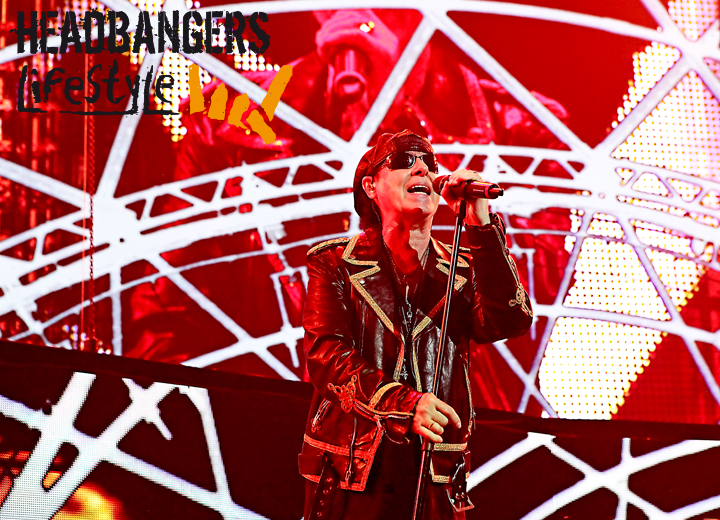 Rudolf Schenker, Klaus Meine and Matthias Jabs take the giant stage by storm along side long time Scorps Paweł Mąciwoda and newly added powerhouse drummer Mikkey Dee. Scorpions newest addition is reviving the spirit of the band and sparks a flame in the enthusiasm of each and every band member. His powerful hammering pumps the band forward with jawdropping precision and impeccable panache. What we get presented is a two hour show of classic melodic rock highlights from their illustrious career alongside some long hidden gems and surprises. ,,Going Out With A Bang” worked itself up to be an instant classic blending in perfectly with classic fist up rockers ,,Make it Real” and the long time crowd pleaser ,,The Zoo”. 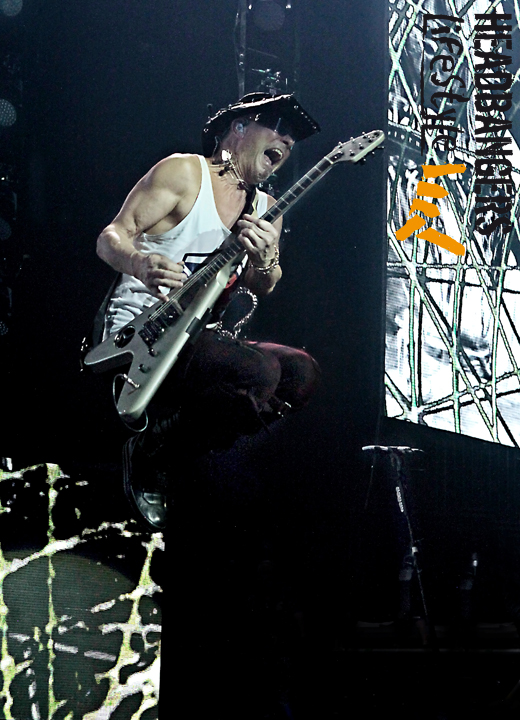 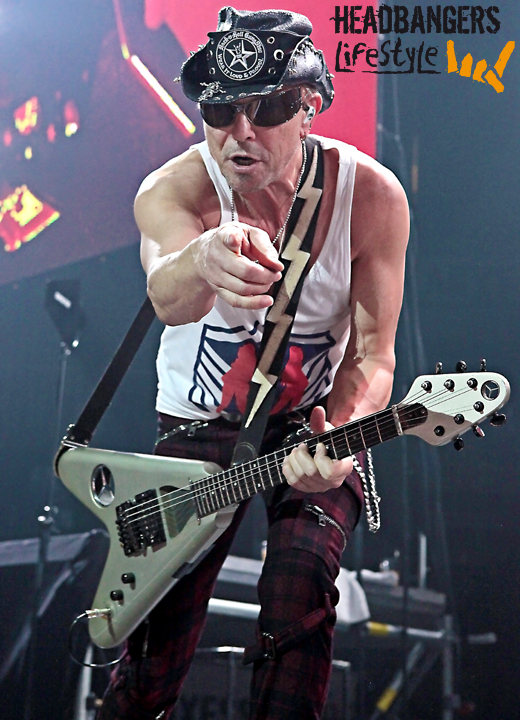 Rudolf Schenker storms forward and leads the charismatic band with unmatched energy, throwing his guitar in the air and screaming loud enough to overpower the huge PA system. Loud riffs fired onto his fans while his arms fly up and down. The man is the ultimate performer, entertaining his crowd easily with his mimic and interaction. While Rudolf runs back and forth, Jabs delivers his fine guitar work and solo’s, balancing out the loud rocking riffs of his colleague. Less focussing on his stage presence, more in league with his playing, Jabs underlines the finer line in the excellent rock tunes. The guitar tandem is one of the best in the genre and with Meine, the band has one of the best vocalists out there. Klaus’ typical nasal sound stood the test of time. He fires up his fans, while giving one of his finest performances I’ve seen in a long time. Klaus Meine shines brightly tonight when the band embarks onto the impressive seventies medley featuring songs we’ve haven’t heard in a long, long time. ,,Top Of The Bill”, ,,Steamrock Fever”, ,,Speedy’s Coming” and ,,Catch Your Train” still have the edge of the long gone seventies and sound vivid and timeless. All songs welcomed by the enthusiastic crowd celebrating the best musical export product Germany ever sprouted. 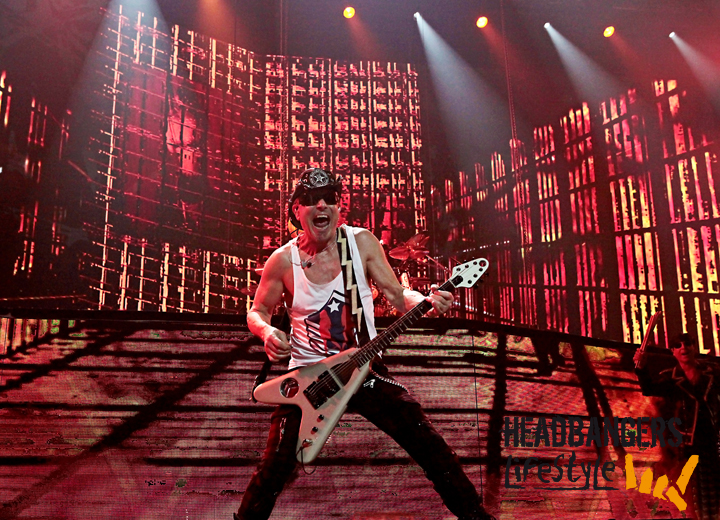 The entire stage one giant state of the art led screen keenly interlaced with the tracks and tonight’s performance. Videos and snippets from the past and present are mixed with camera footage from the gig itself, all united in a top-notch beautiful setting. ,,We’ll Burn the Sky” is in effect leading us into another newer classic; ,,The Best Is Yet To Come”. It’s time to silence the huge arena. The boardwalk is taken by Jabs and Schenker armed with acoustic guitars.  Schenker yields his acoustic flying V. Meine and Dee join for intimate versions of the ‘Lovedrive’ classic ,,Always Somewhere” and ,,Eye Of The Storm”, fans put up their cell phones instead of the classic lighters from the old days, creating a magical setting for this acoustic 3 piece ending with their smash hit ,,Send Me An Angel”. ,,Winds Of Change” is mandatory to follow this intimate moment whistling us out of the slow pace, warping us back to rock with the new ,,Rock ‘n Roll Band”. It fits the classic setlist just perfectly but classic time is tonight’s focal point. 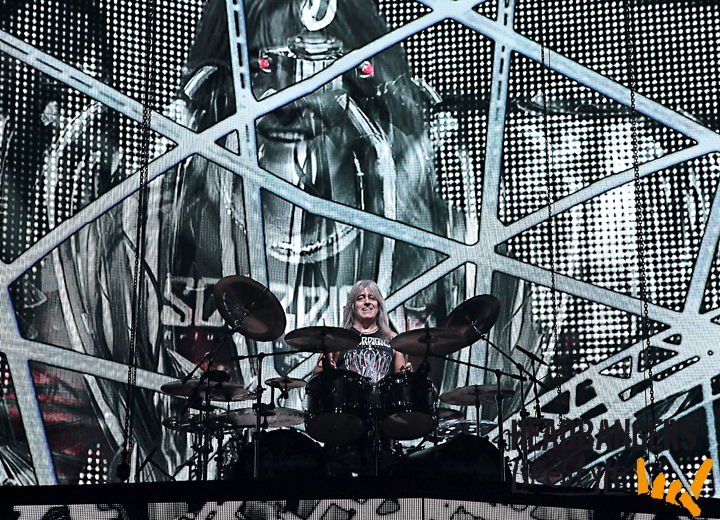 ,,Dynamite” is the grenade exploding into an unmatched tribute to Mikkey’s former bandmate Lemmy with an impressive version of the Motörhead classic ,,Overkill”. Dee’s loud doublebass fires the band onto new territory with Klaus surprising in front of the wall of Marshalls projected onto the background ledscreen. Meine belts an amazing performance of the normally growled Lemmy tune. Towards the end of the song a huge portrait of Lemmy has the crowd going wild and even wilder it gets when Dee unleashes his skills during the powerful drumsolo that rolls forward like a steamtrain. The 6 minute solo spot displays why Mikkey is currently one of metal’s top 10 drummers. His excellent skills and perfect timing, packed together in a well-built solo with an apotheosis of speed and power. It also highlights the current new élan that drives Scorpions. Schenker storms onto the stage for a furious outburst in ,,Blackout” propelled by Dee’s powerhouse drumming. ,,No One Like You” fires up the crowd towards the apotheosis of the ultimate rock anthem ,,Big City Nights”. After thank-you’s from one of the best rock bands on the planet they bring this night to an end with their biggest hits ,,Still Loving You” and a short cut a-capella version of ,,Holiday” before ending once more with a loud blast through ,,Rock You Like A Hurricane”. The standing ovation that follows is long and lasts for well over 10 minutes…. A salute to the band and their impressive mark placed on rock history. 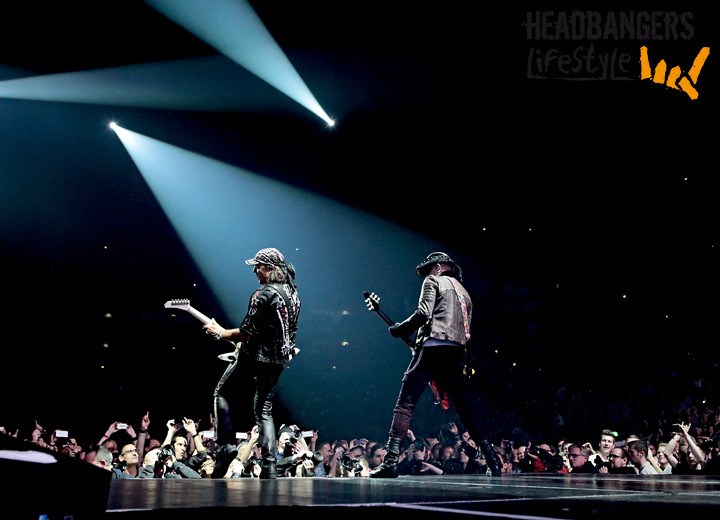 All photos by Edwin van Hoof for 3rd Eye Pro.motion