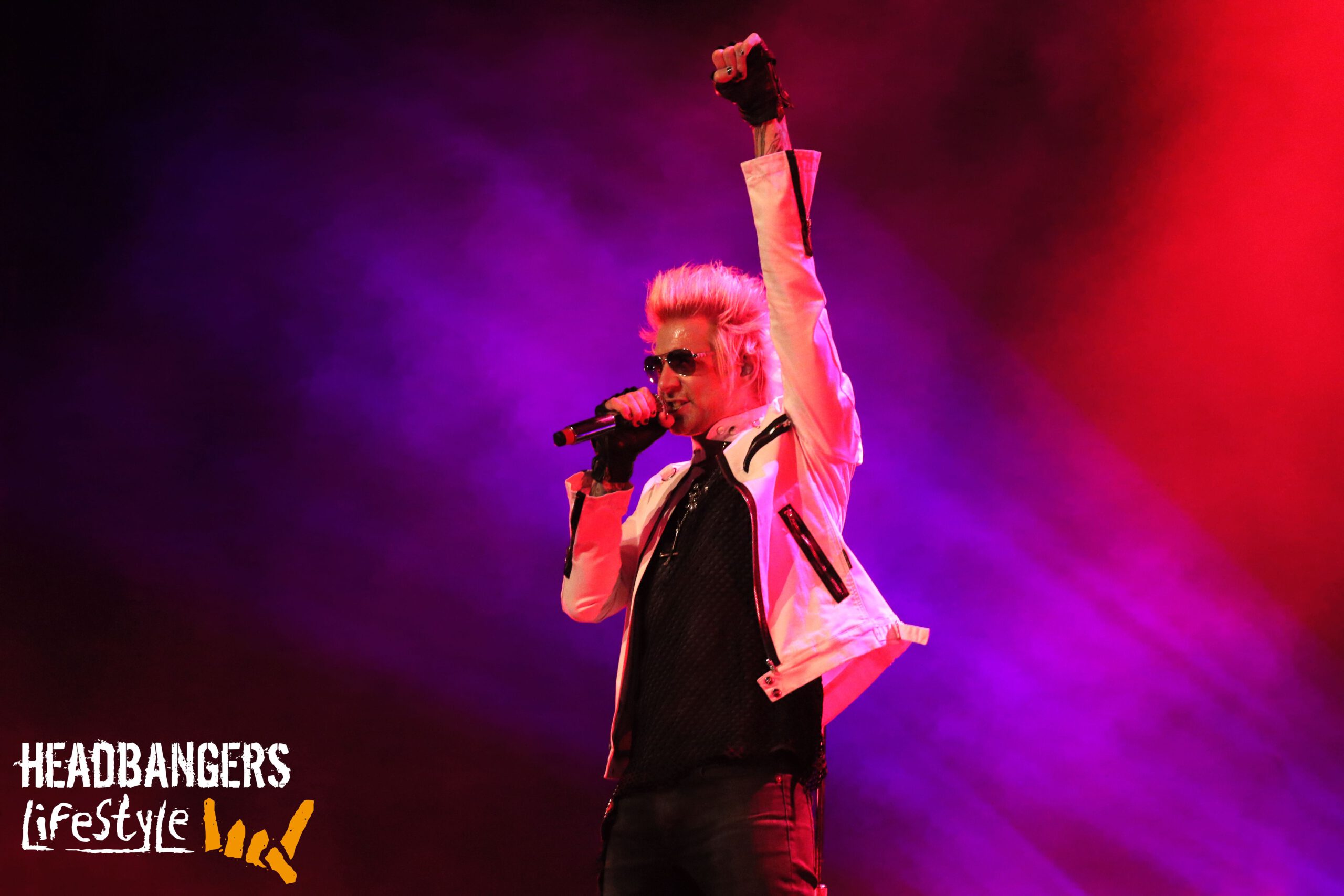 What started as a side-project for both bassist Nikki Sixx (now ex-Mötley Crüe) and guitarist DJ Ashba (now ex-Guns N’ Roses) together with the very successful singer, songwriter and producer James Michael in 2007 now is a full time band with a real career. Their first sign of life was the very successful (and for Sixx autobiographical) ‘The Heroin Diaries Soundtrack’ and since then they released three more albums. Their latest ‘Prayers For The Damned, Vol.1’ is the reason for the current European tour which also brought them to Utrecht, The Netherlands for the first time in their existence. 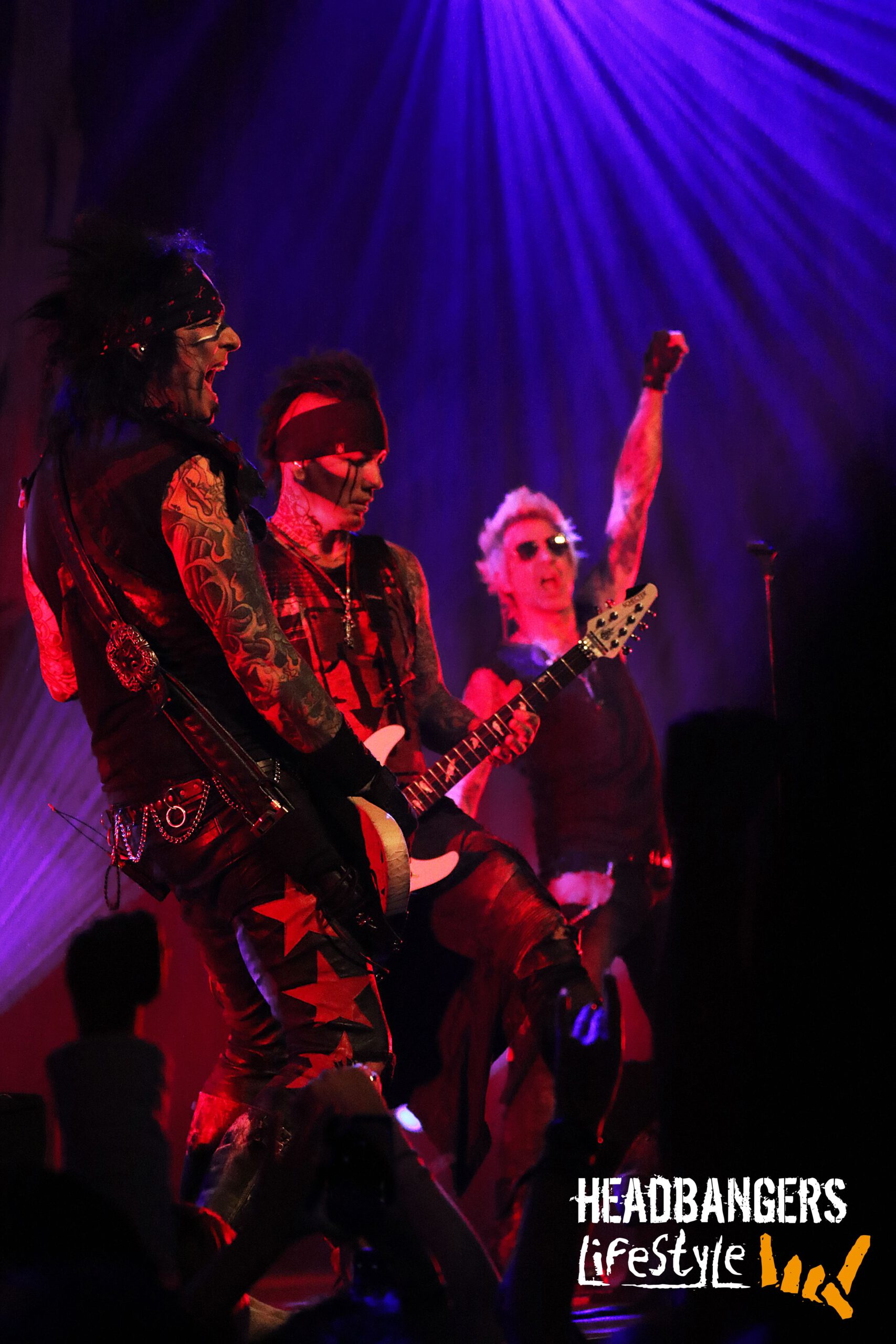 At 9 P.M. Sixx:A.M. took the stage and Sixx, Ashba and Michael, completed with drummer Dustin Steinke and two background singers started the ninety minutes set with ,,This Is Gonna Hurt’’ followed by ,,Rise’’ of the new album. The audience saw a hungry and playful band with guitarist Ashba being a whirlwind on stage without missing a note. Sixx pretty much being the leader of the band did not move as much but kept interacting with the fans. 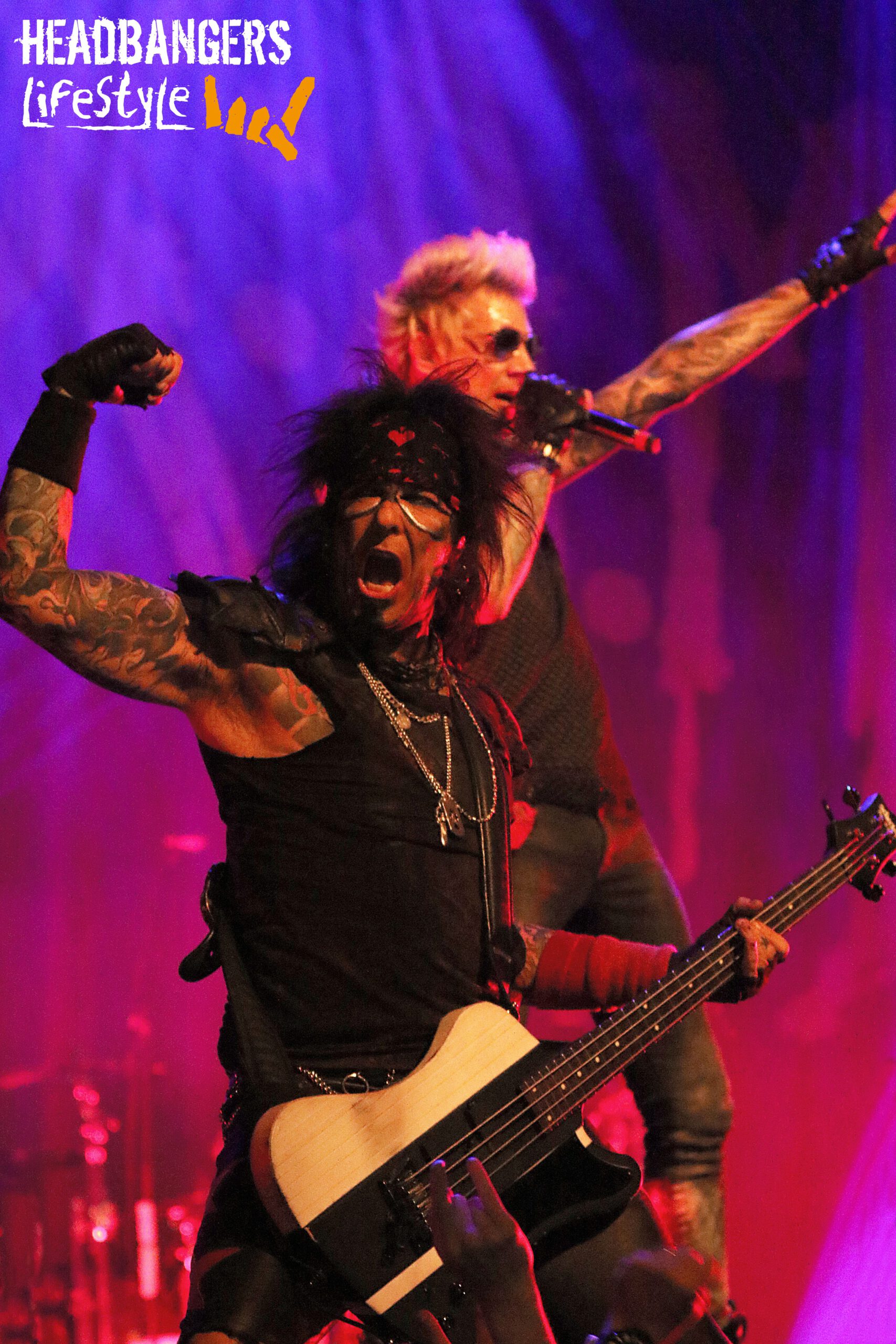 The setlist contained a cross-section of the four released albums with for me as highlight of the evening a beautiful version of ,,Skin’’, starting with Michael behind a keyboard later joined by the rest of the band. After ,,Skin’’ it was metal time again with the aggressive ,,Everything Went To Hell’’ followed by the title track of their latest album. Although there was a piano on stage nobody took the trouble to go sit behind it during ,,Goodbye My Friends’’ although the piano part is carrying that tune. The following two tracks, ,,Lies Of The Beautiful People’’ and ,,Stars’’ were not Michael’s best moments vocal wise but he redeemed himself with his short speech about the Orlando shooting that had taken place two days earlier and the song ,,Rise Of The Melancholy Empire’’ couldn’t be a more perfect fit. 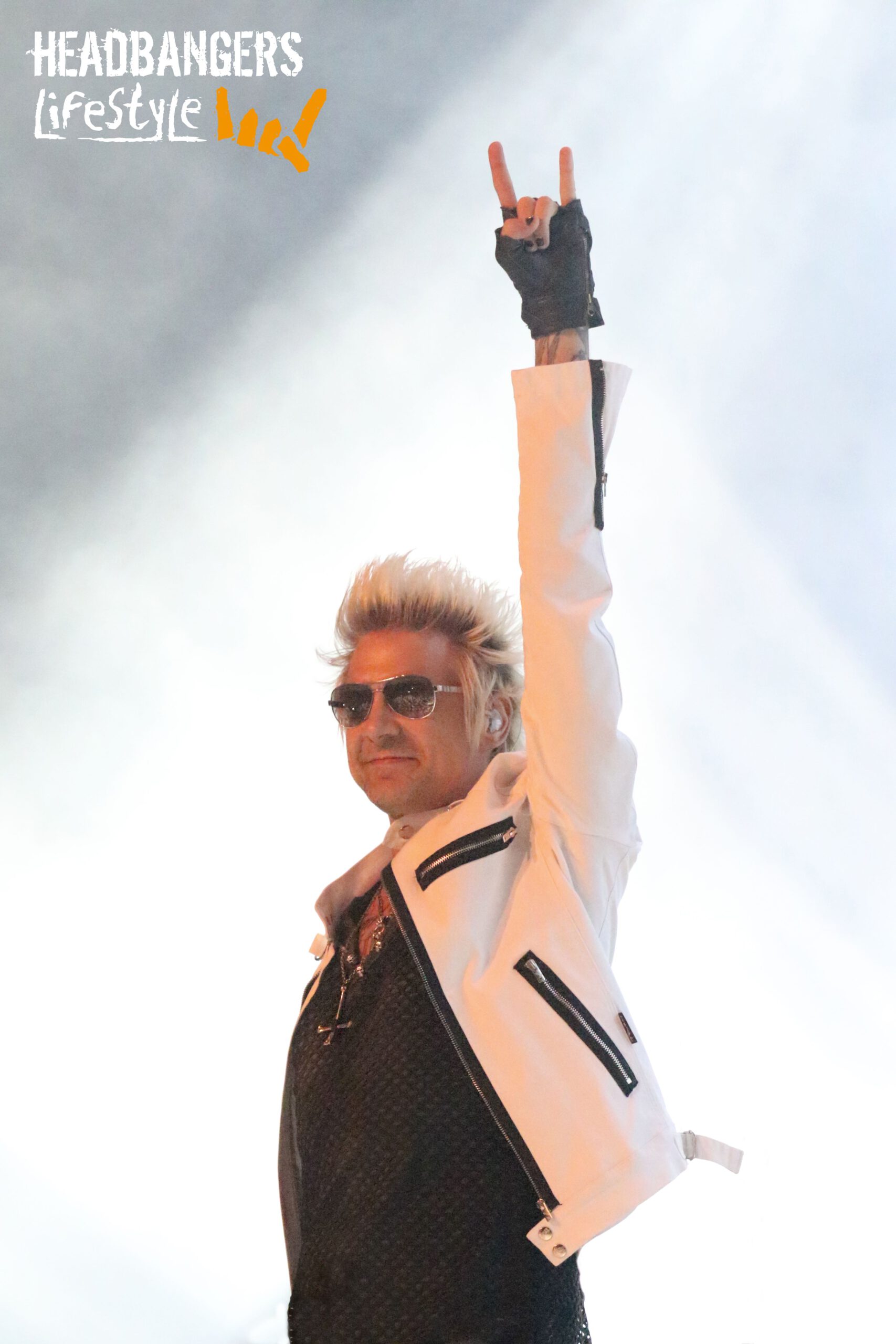 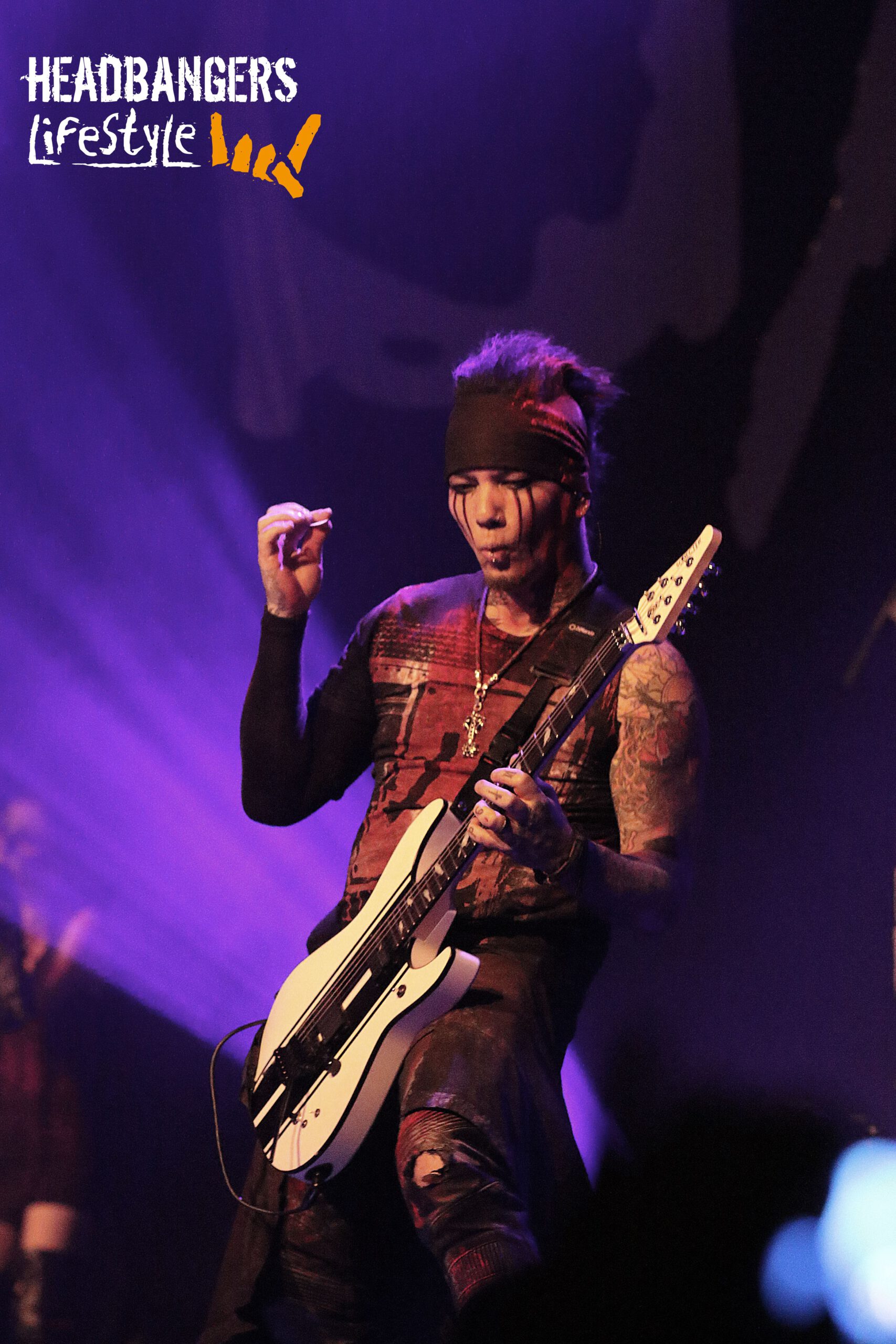 ,,Accidents Can Happen’’ and ,,Life Is Beautiful’’ were the encores and the end of a good show. I was told after the show that the sound in most spots of the venue was great. Unfortunately where I was standing, at the highest point in the venue, it wasn’t perfect, the background singers could hardly be heard and Michael, more than once sang completely out of tune but other than that I had an enjoyable evening, because I saw a band having fun on stage and an audience that had a real good time and that is what a rock show is all about.
—