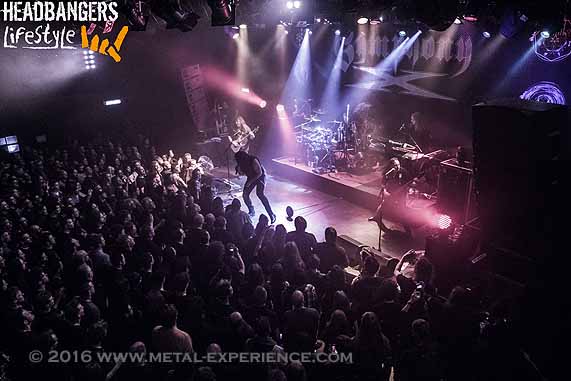 It is only four months ago Melted Space, the creation of French composer Pierre le Pape, played this very same stage as support from Leaves’ Eyes and also tonight Melted Space presents a modern opera with powerful orchestral arrangements and varied ambiances. Although we hear a lot of variety in the vocal ranges with 4 vocalists on stage, Manuel Munoz (ex-The Old Dead Tree) and Lucie Blatrier aren’t performing that well due to some technical problems. All band members show their enthusiasm, Dark Messiah delivers some nice grunts and the performance of Clémentine Delauney (Visions Of Atlantis) is stable, but unfortunately Melted Space isn’t able to get the audience in the right mood. After a set of 30 minutes and a polite applause from the audience they leave the stage. 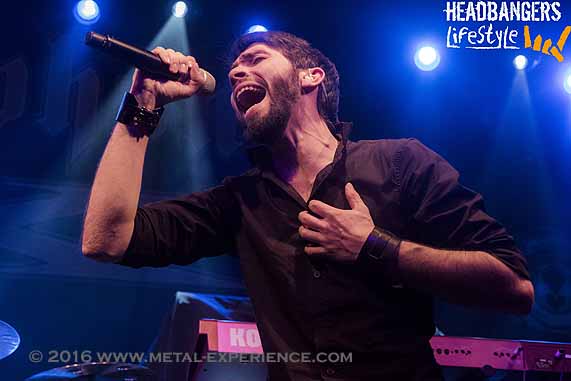 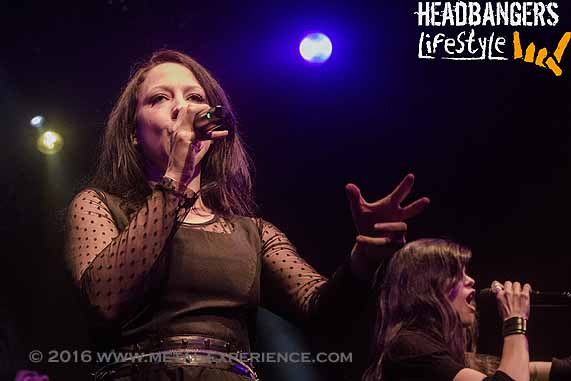 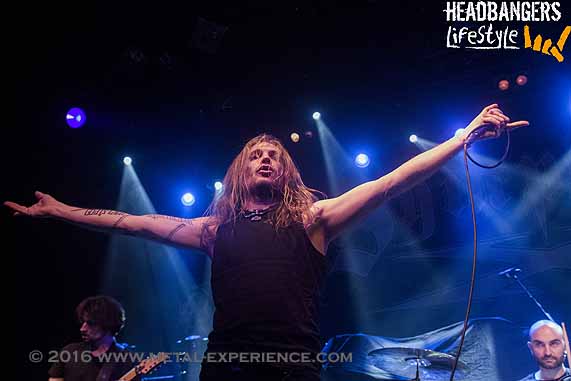 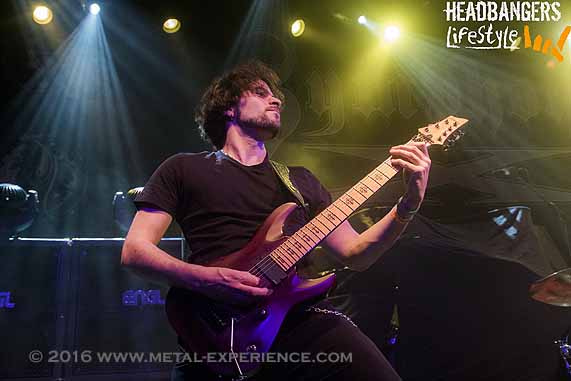 Next up is Myrath, all the way from Tunisia. I never heard this band before but a lot of people I talked to praise them for their quality. Myrath recently released their fourth album called `Legacy’ and to fully promote this release we get to hear no less then 5 new songs. Their powerful metal with a middle-eastern touch, sounding a bit similar to Orphaned Land, easily grabs the attention of the crowd, although the sound isn’t that good during their set. But no matter what, Myrath plays a good and decent show and my guess is next time they can easily tour as a headliner, because a 30 minute set for a band like this is obviously way too short. 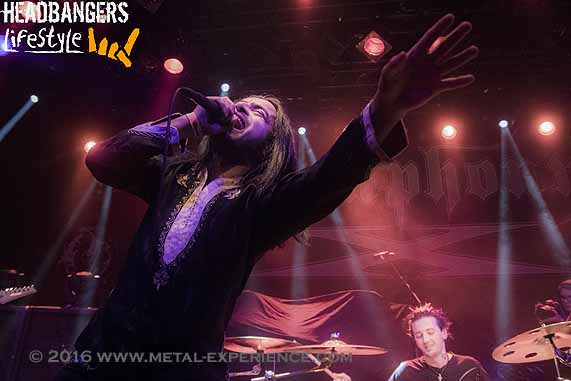 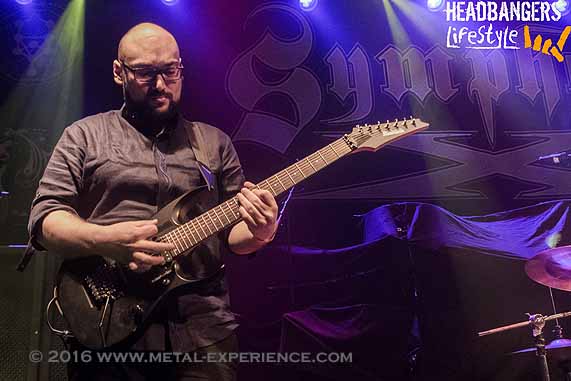 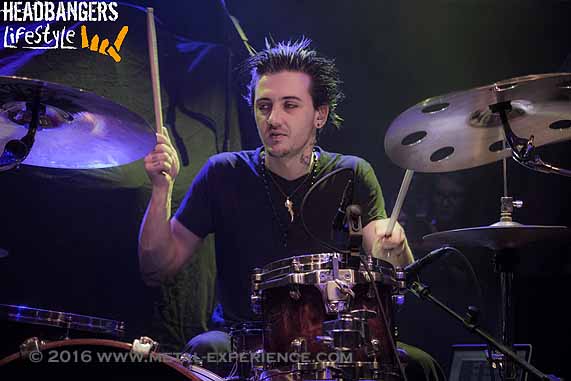 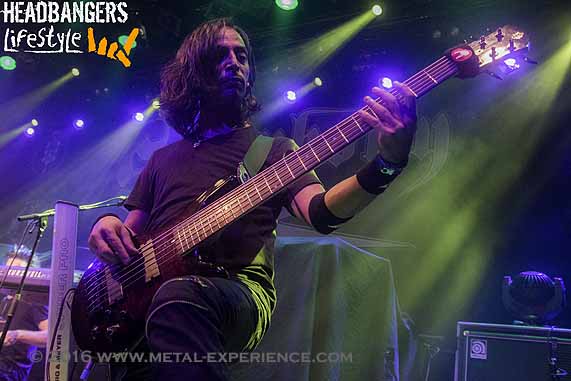 Myrath puts a middle-eastern spell on the audience

After a quick change over it’s finally time for Symphony X to take over the stage. For this `Underworld Europe 2016 Tour’ the band has decided to play the entire new album ‘Underworld’ which was released July 2015, along with older songs at the end of the set. The album is powerful and follows a greatly intriguing story with strong tracks like ,,Nevermore’’, ,,To Hell And Back’’, ,,In My Darkest Hour’’ and the beautiful ballad ,,Swan Song’’. 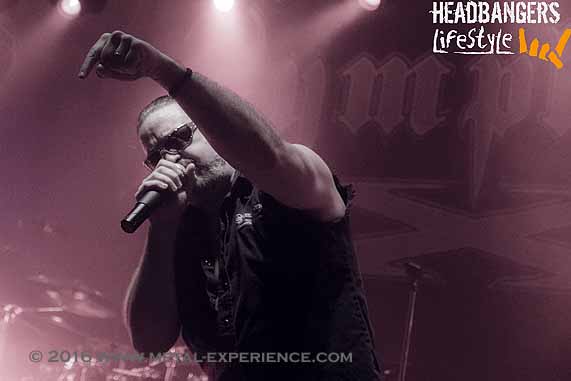 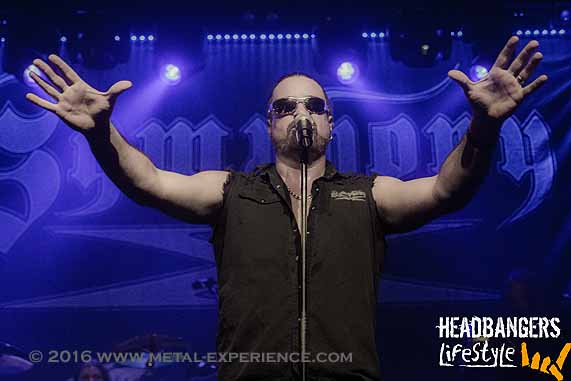 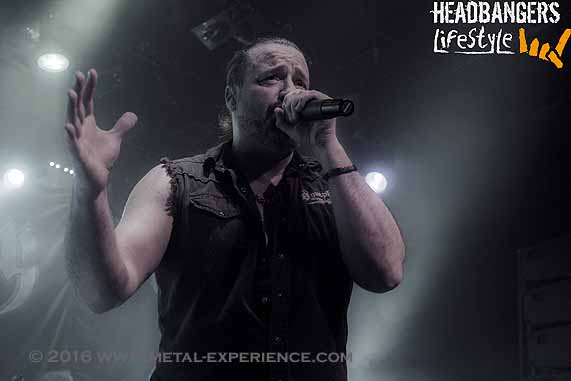 Frontman Russell Allen knows how to work the stage, he absorbs the audience into what’s going on, makes jokes (“Hell yeah is good, but fuck yeah is better!”), laughs and his vocal performance is excellent, besides some high pitch screams he couldn’t make. But Russell Allen wasn’t alone in owning the night. Lead guitarist, band founder and core songwriter Michael Romeo fills the room with his signature sound as well as giving the crowd some epic guitar solos. The sound is perfect, everything is in sync and all the band members are clearly enjoying their time on stage. 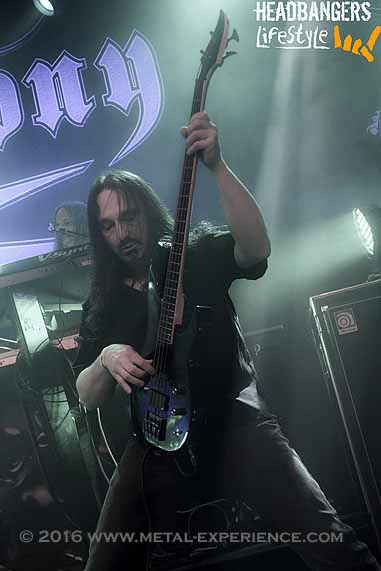 Michael LePond (L) and Michael Romeo (R) are in sync. 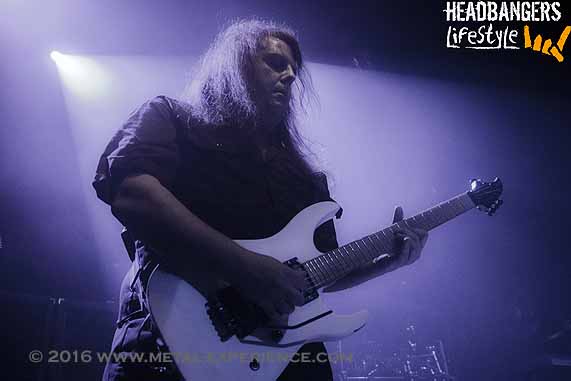 As the show nears its end the band serves up the classics ,,Out Of The Ashes’’ and of course ,,Sea of Lies’’. Today’s encore consists of the classic ,,Set The World On Fire (The Lie of Lies)’’ followed by ,,Legend’’, the last song of `Underworld’. After 90 minutes we can conclude Symphony X is the legitimate winner of the evening! If you want to decide yourself, go see them on March 20th in 013, Tilburg, the final show of the `Underworld Europe Tour 2016’.
—
All photos by Eus Straver