THE DEAD DAISIES (& THE NEW ROSES) 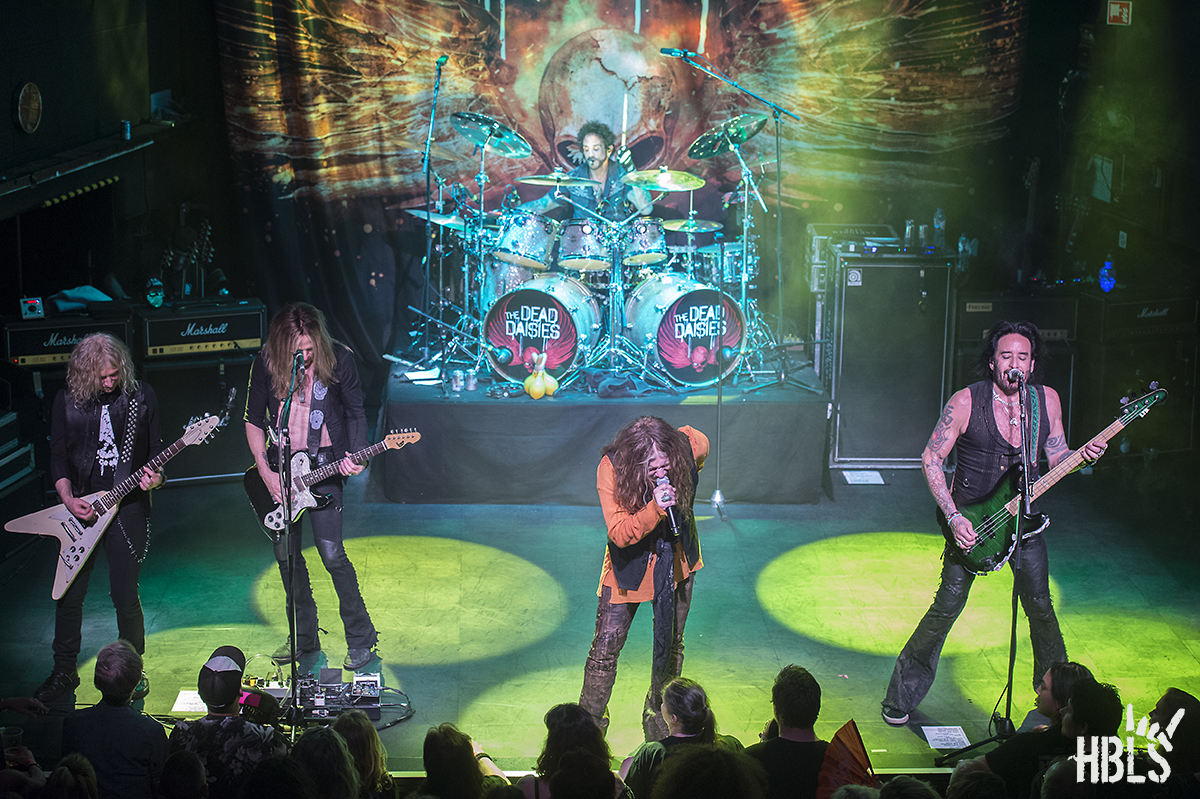 THE DEAD DAISIES (& THE NEW ROSES)

The Dead Daisies is one of those bands that actually never disappoint when you go see them live, simply because these guys know how to entertain their audience and they sure as hell know how to serve good, quality heavy rock music. Their brand new, fourth studio album `Burn It Down’ is the reason that the band packed their bags so soon again and hopped on the tour bus to continue their almost constant touring life.

Earlier this month The Dead Daisies kicked off with several shows in the UK, which were a sold out success, and now they continue their rock ‘n roll crusade on the main land of Europe, starting tonight on the Jupiler Stage in Poppodium 013, in Tilburg [The Netherlands]. The venue is packed [capacity is 700 people], it’s hot inside and its clear the fans can’t wait to have a good time. 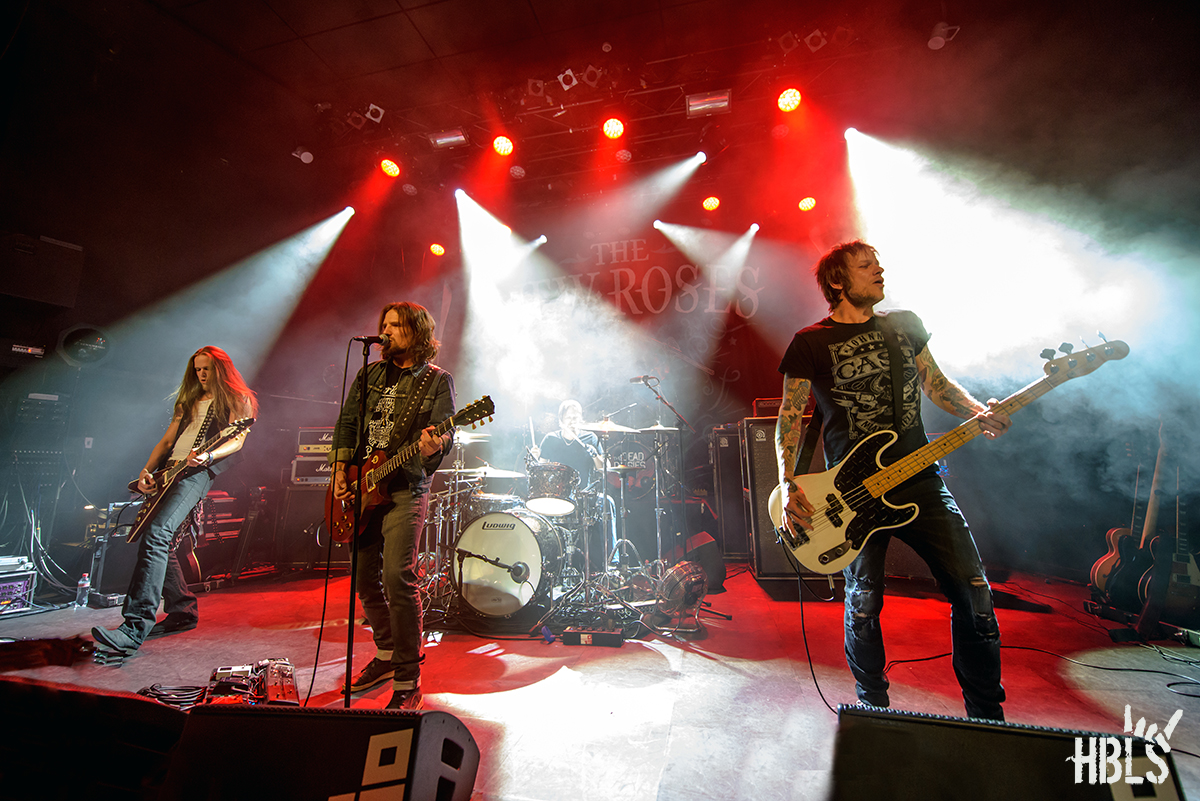 The opening act The New Roses gets a warm welcome and the crowd respond positive to their 40 minute set by frequently clapping and singing along with the rock ‘n roll tunes this German four-piece serve us. Singer/guitarist Timmy Rough couldn’t be more happy that his lyrics about whiskey and other booze, being on the road and life ain’t easy for boys with long hair, are so well received. The melodies of the songs are easy going, catchy and entertaining and Timmy keeps his pipes in tune and sounds strong until the end of the show. Being obviously the catalyst of the band, he knows his role as a frontman, and he gets a solid back up of his band mates, though a bit more dynamics in movement of each musician would upgrade the total performance. Though The New Roses definitely succeed in being a suitable warming up act for the great masters: The Dead Daisies. 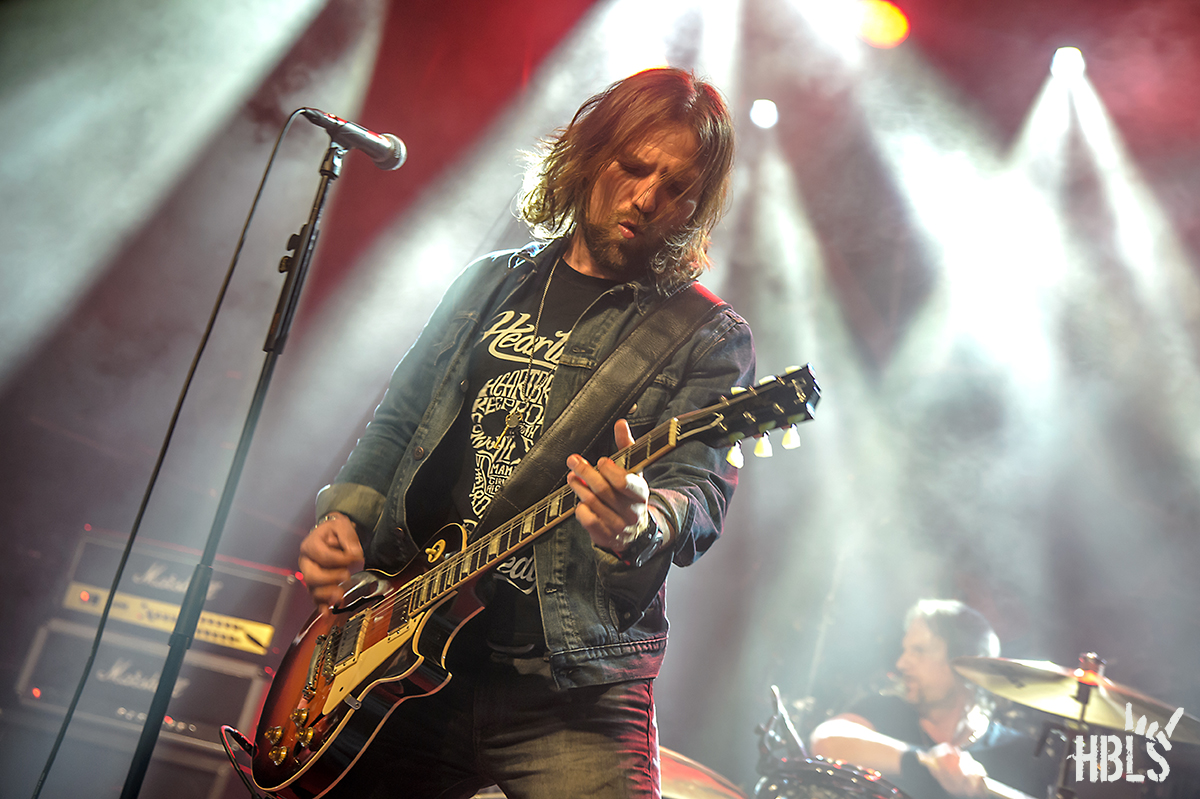 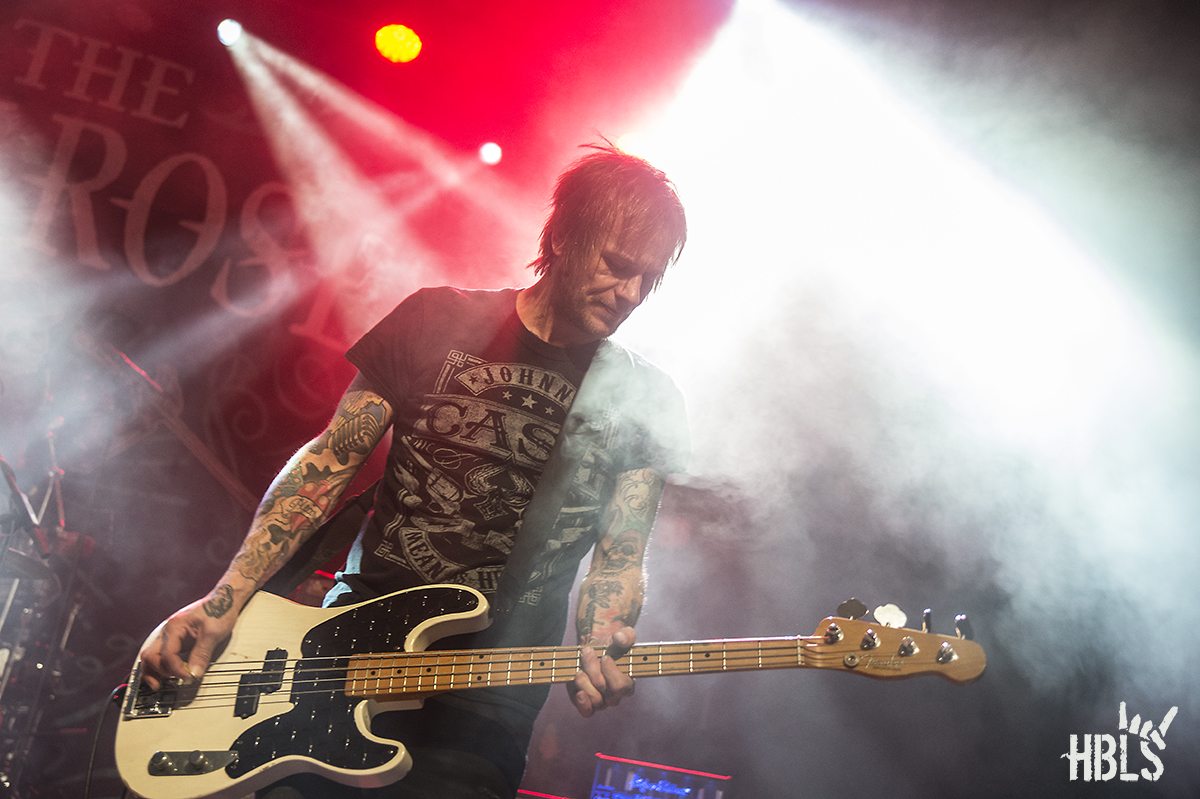 ‘’To Make Some Noise’’, is what the audience came for this Monday evening and after a very quick change over and the intro song ,,Rock ‘n Roll Outlaw’’ of Rose Tattoo, The Dead Daisies fires off with ,,Resurrected’’, the superb opening track of their latest CD `Burn It Down’. Dough Aldrich impresses right away with his excellent playing on a huge double neck guitar and the always very good singing frontman John Corabi owns the stage from beginning till the end. His sharp, tongue-in-cheek speeches in between the songs are amusing and he knows exactly what goes on in the audience. 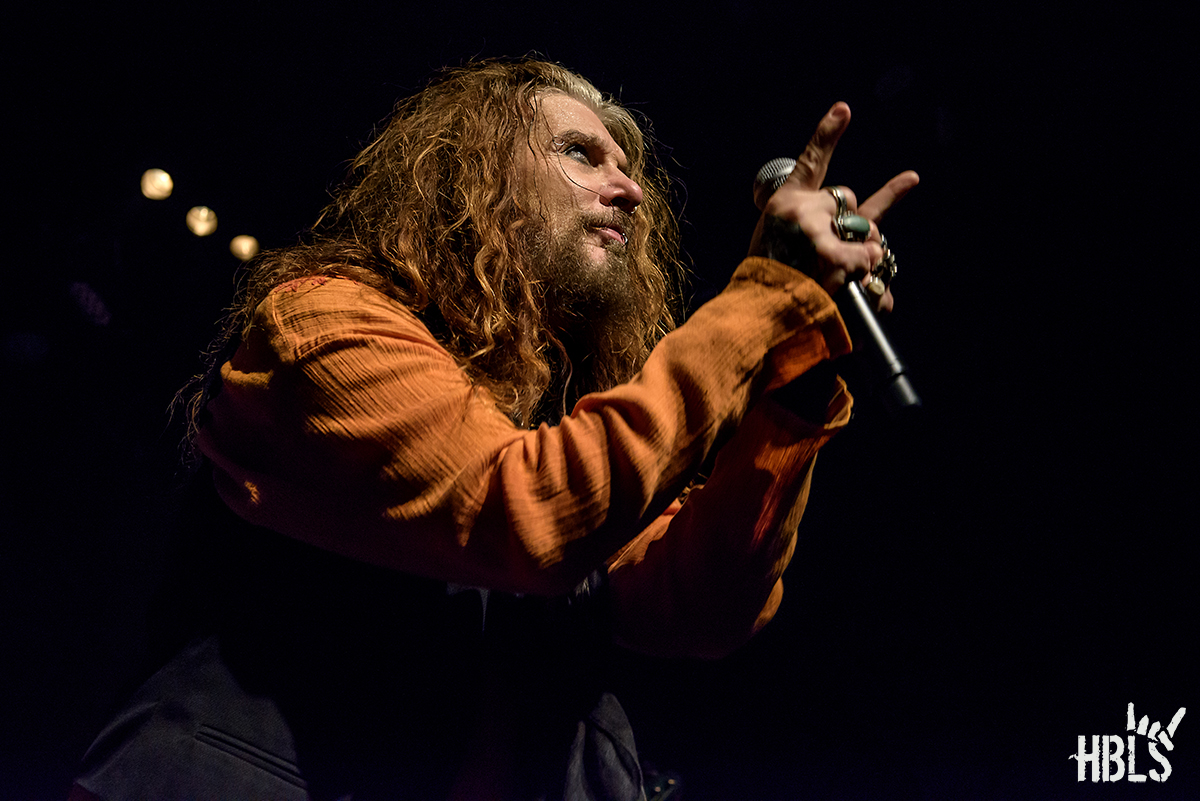 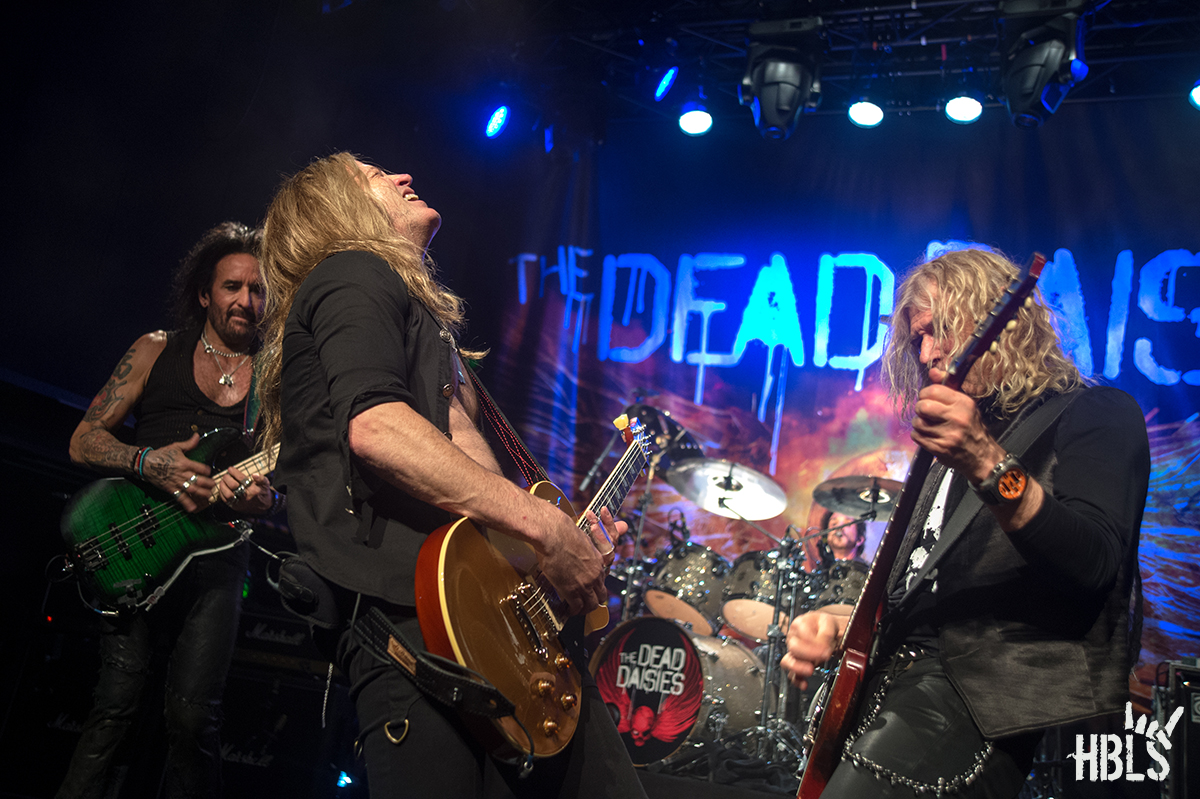 But not only John, also bass player Marco Mendoza (who also does excellent backing vocals), guitarist and founder of the band David Lowy, new drummer Deen Castronovo and the before mentioned Doug Aldrich, know how to move and groove the crowd, leaving their egos at home and serve a common purpose: giving a good, energetic and entertaining performance. So in a time zone of one and a half hour we witness 5 super professional, high-class musicians simply having fun and a great time on stage, celebrating rock ‘n roll with the audience, who Corabi doesn’t call their fans but their friends. 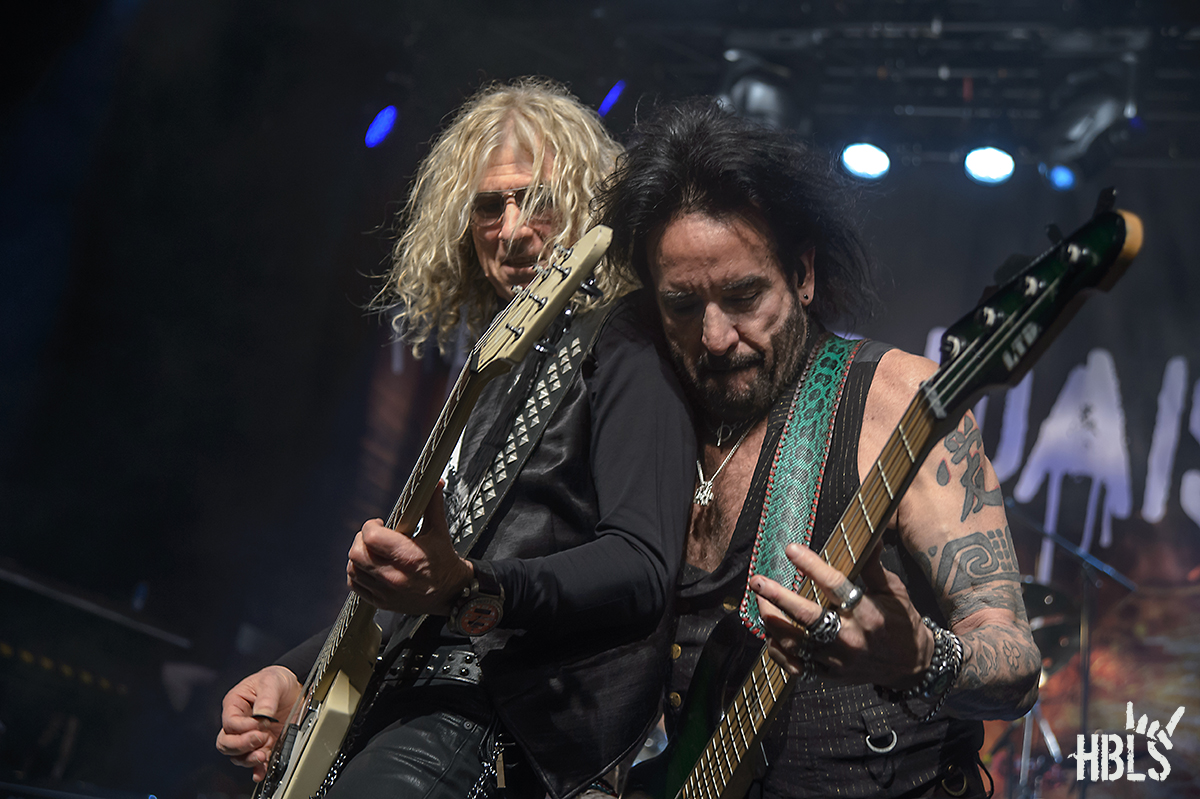 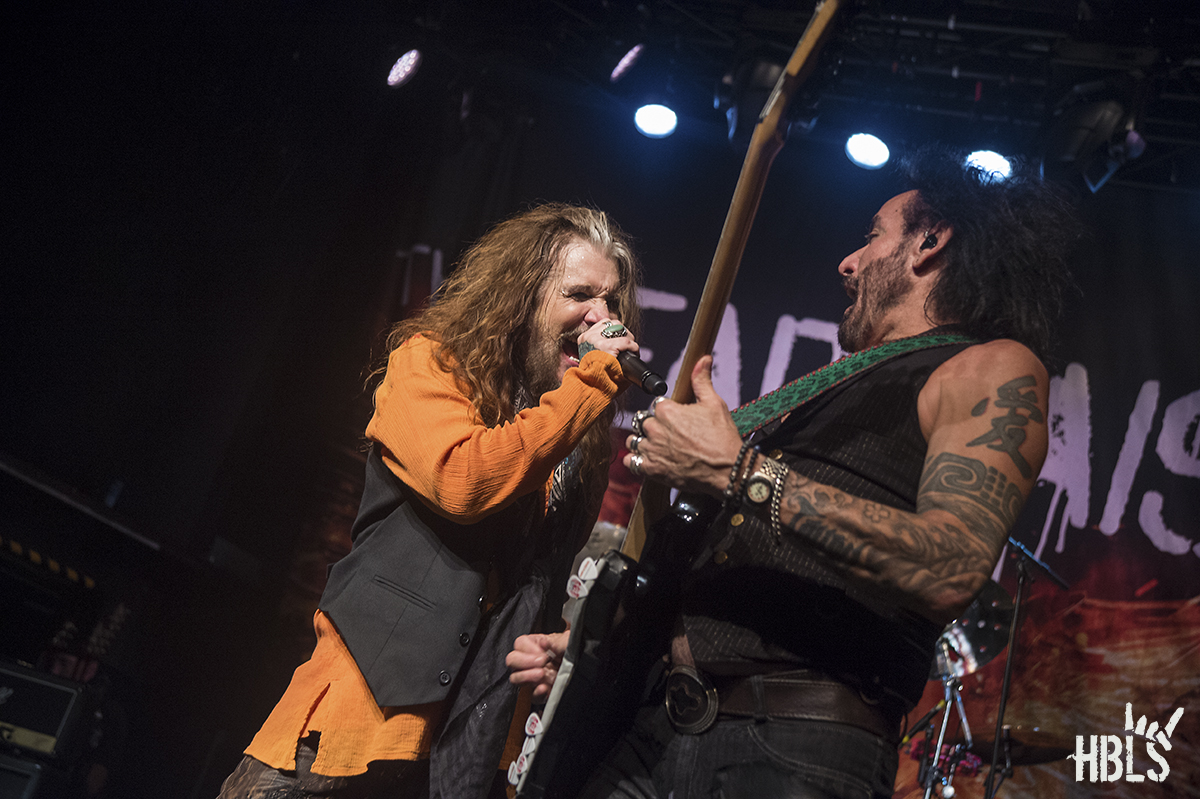 ,,Rise Up’’, ,,What Goes Around’’ and ,,Bitch’’ (actually a Rolling Stones cover) are other examples of why the latest CD is a must have. The band takes us to ,,Mexico’’ for some tequila and the classic anthem ,,Make Some Noise’’ and the classic up tempo rocker ,,Mainline’’ do kick some serious ass, as always, adding up to the party vibe that keeps the crowd going. The sensational guitar solos of golden boy Doug Aldrich are a real treat, Marco Mendoza’s bass skills are admirable, but the drum solo of hard hitter Castronovo halfway the show feels a bit unnecessary to me. Corabi fires up the audience by saying: ‘’I must admit there was more noise at the funeral of my grandma, what the fuck is going on?!’’ and leads the show to a real happy ending. 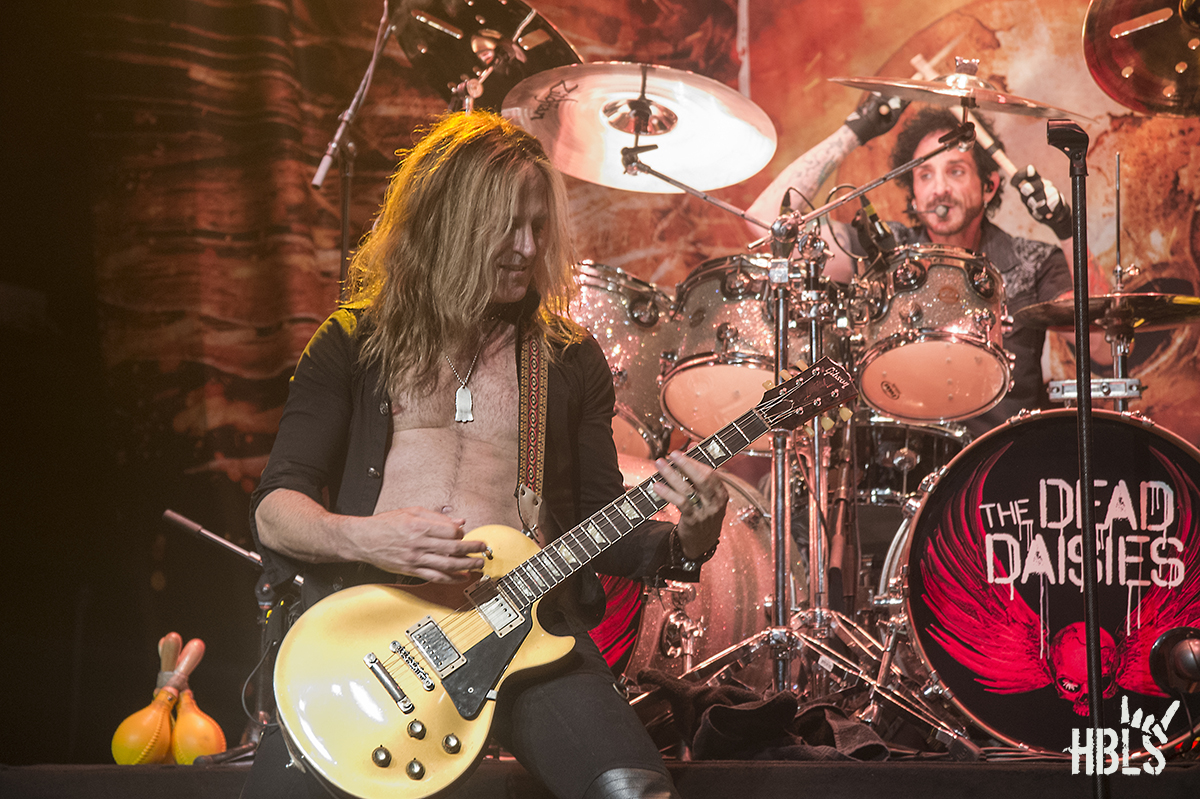 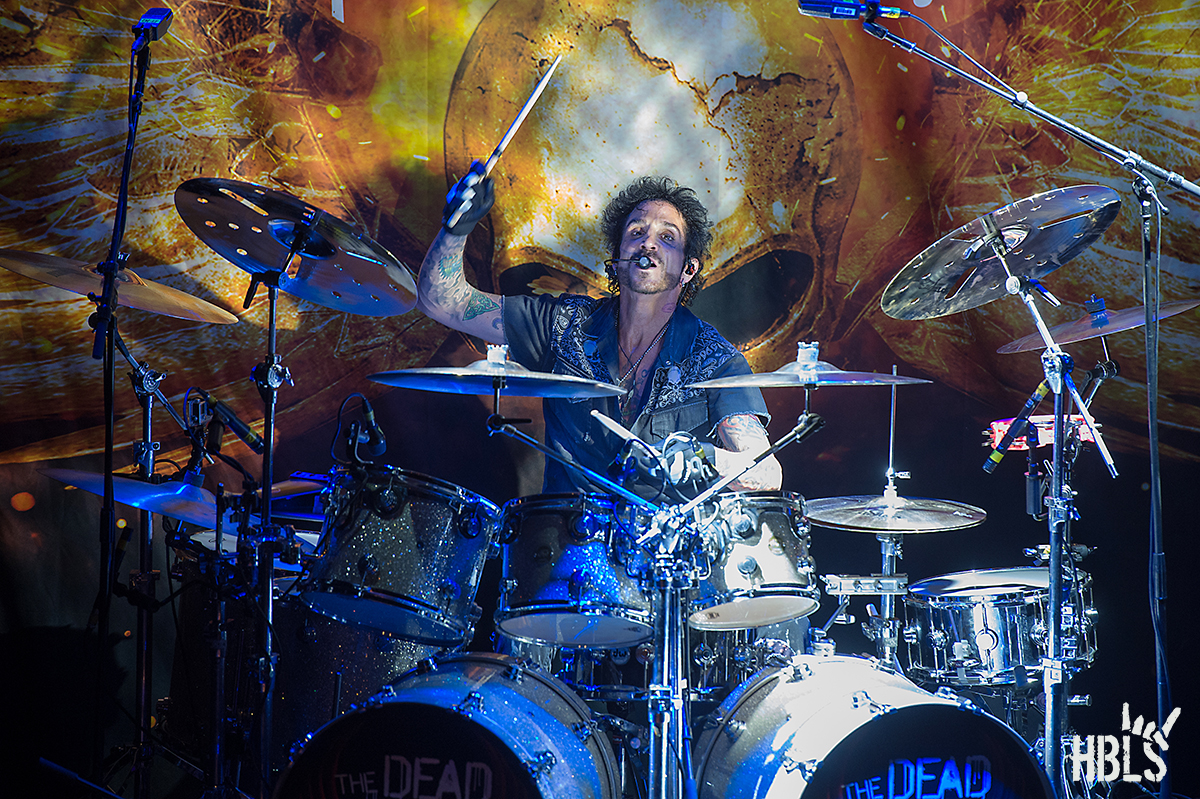 Tonight The Dead Daisies proved again that their star is still rising, why they are the main act and made sure they will be around for a while.
—
Photos by DCH Photography.