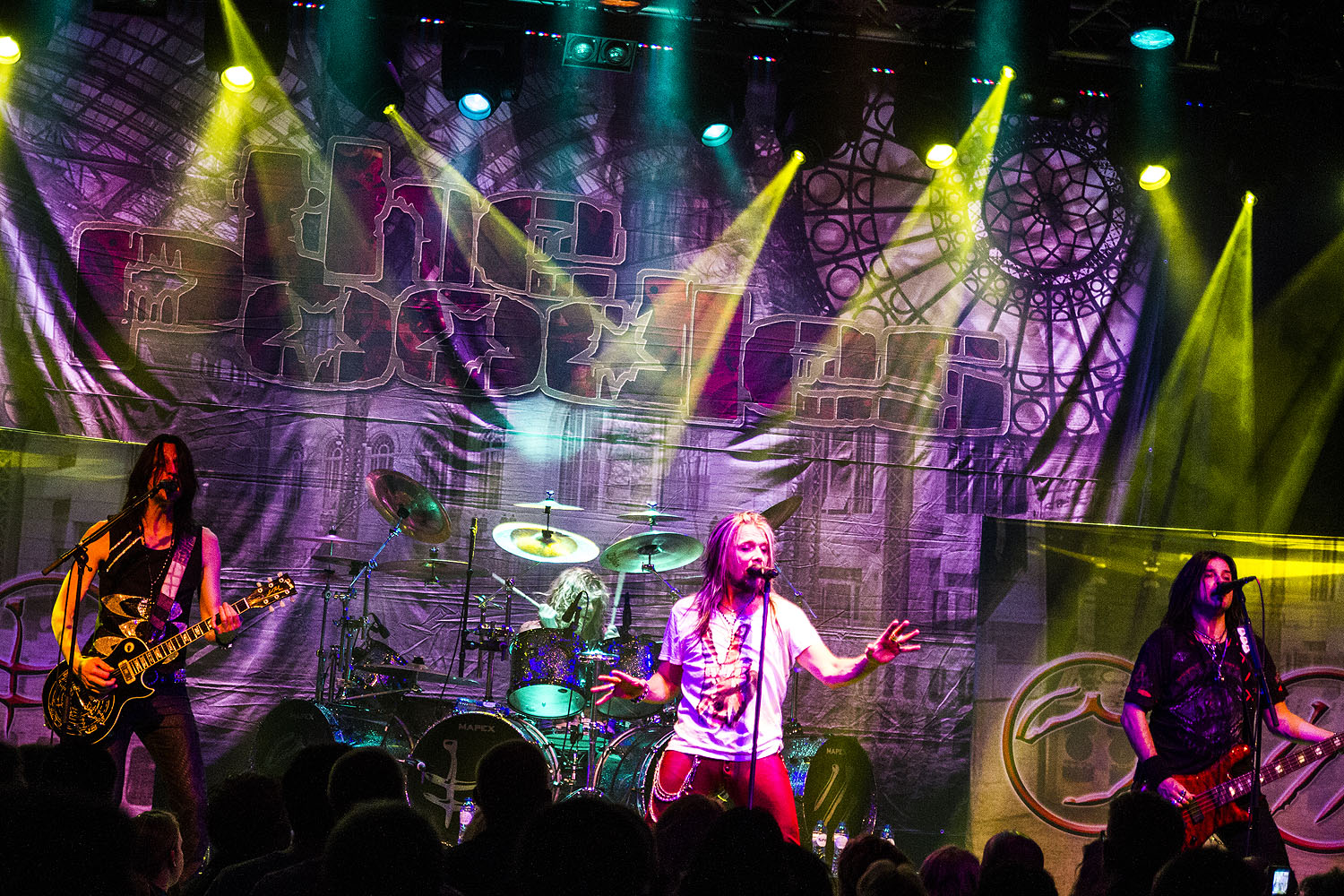 A Tuesday might not be the best day of the week for a rockshow and it shows. It all starts with Maverick, a hard rocking band from Belfast, Northern Ireland and with only one full album under their belt, ‘Quid Pro Quo’ they give it their best tonight. Good songs like ,,In Our Blood’’ and ,,Paint By Numbers’’, straight forward rock ‘n roll and a very capable singer, good show. Something that cannot be said from the next band: Rebelious Spirit. The start is promising but soon it becomes clear their singer isn’t very impressive and the songs are far from catchy. To put it harsh, everything Maverick has, Rebelious Spirit is lacking. Sometimes enthusiasm alone just isn’t enough. 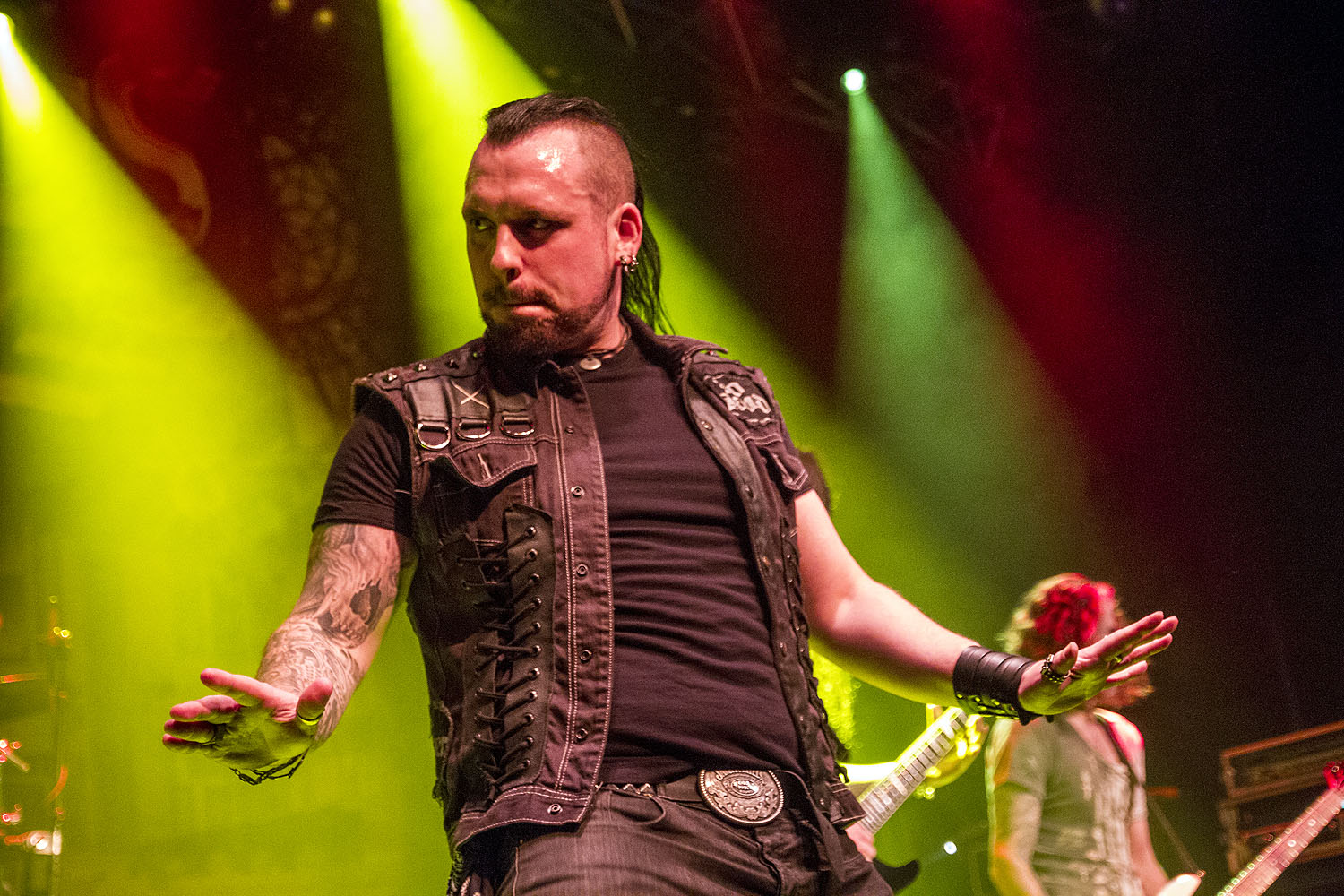 After the change-over, during which they install an impressive drumkit with four (!) bassdrums, it’s time for The Poodles. They kick off with ,,Before I Die’’ from their latest album ‘Devil In The Details’ followed by ,,Caroline’’ and another new one ,,House Of Cards’’. 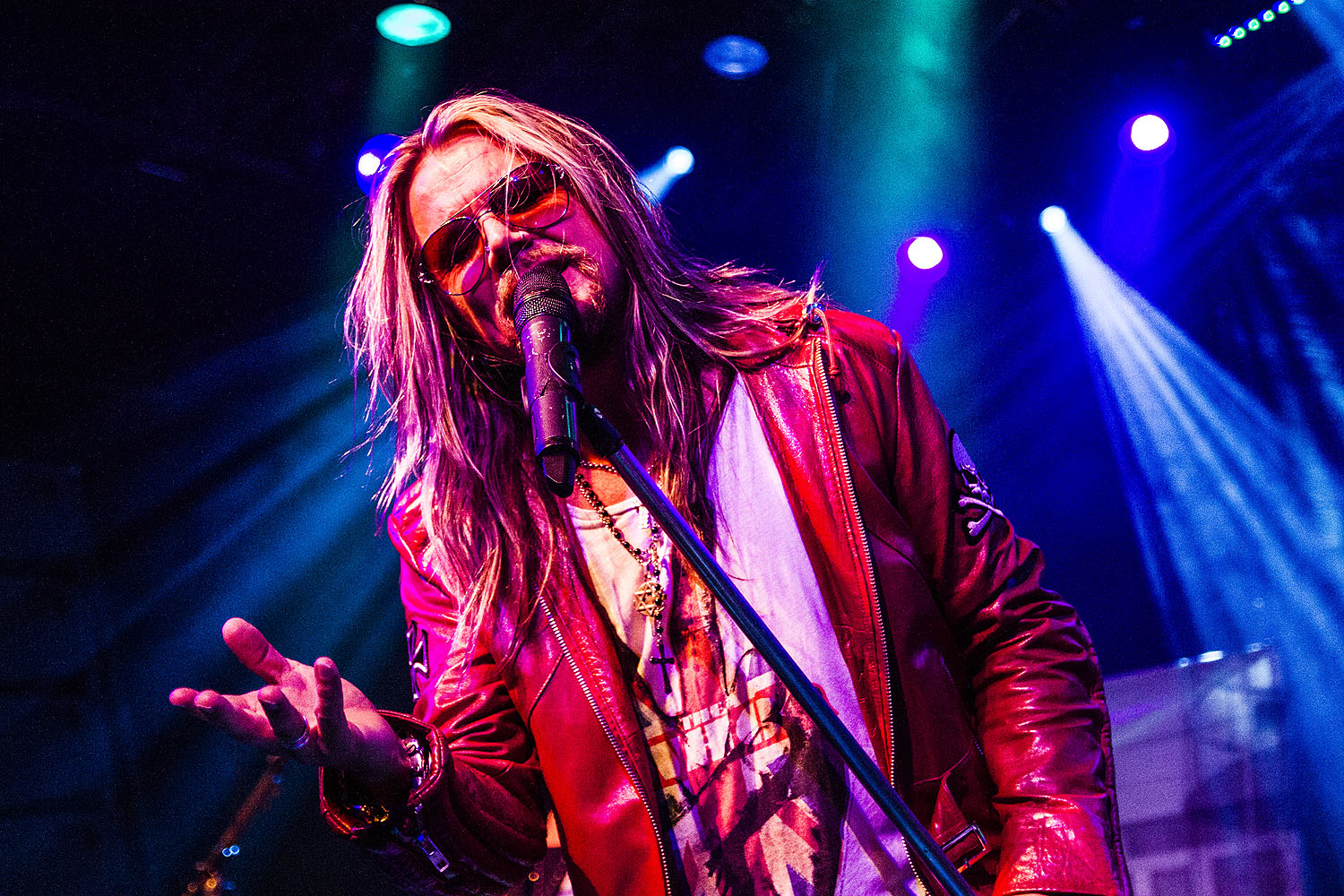 Although the sound is cool and singer Jakob Samuel, dressed in red leather, doesn’t let it show, the start is far from smooth because of technical problems which lead to some authentic Swedish swearwords on stage. Funny enough the next song is ,,Shut Up!’’, followed by ,,Flesh And Blood’’ and ,,Line Of Fire’’, sung by new bassplayer Johan Flodqvist. Some call the music of The Poodles pop/metal, others melodic rock, fact is that the songs are groovy, catchy with rough edges and invite to sing-along with. After another new song ,,Believe’’, it’s time to chill out a little during a short acoustic set which also includes ,,One Out Of Ten’’ and ,,Leave The Past To Pass’’, all beautifully sung by Samuel, supported by Flodqvist and guitarist extraordinaire Henrik Bergqvist. 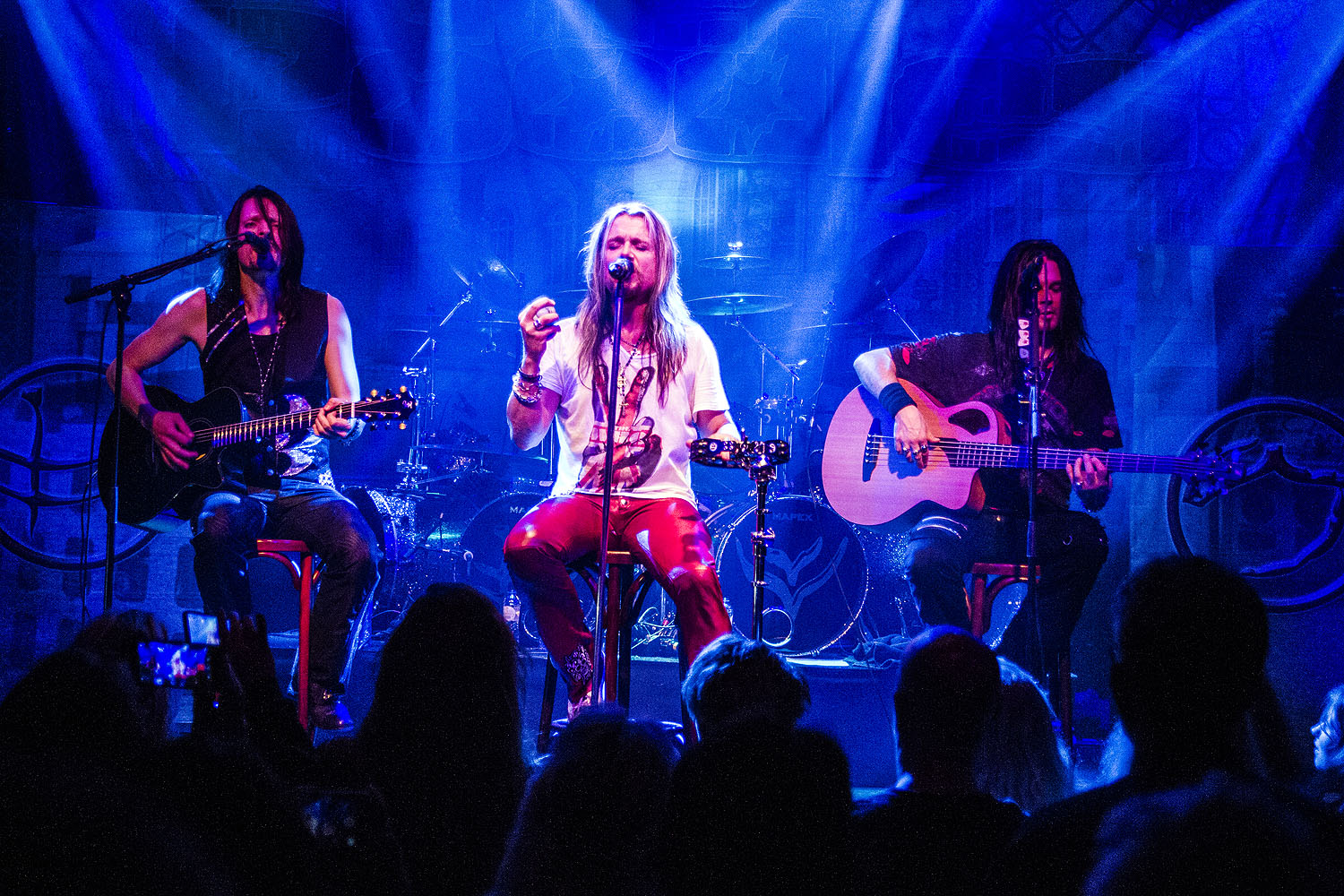 ,,The Greatest’’ is followed by an instrumental including a drumsolo by Kicken that allows Samuel to change in a black outfit after which it is time for great versions of ,,Thunderball’’ and ,,Crack In The Wall’’, during which Samuel jokes around with a photographer by ‘stealing’ his camera. ,,Metal Will Stand Tall’’, ,,Like No Tomorrow’’ and ,,Night Of Passion’’ brings an end to the regular set. 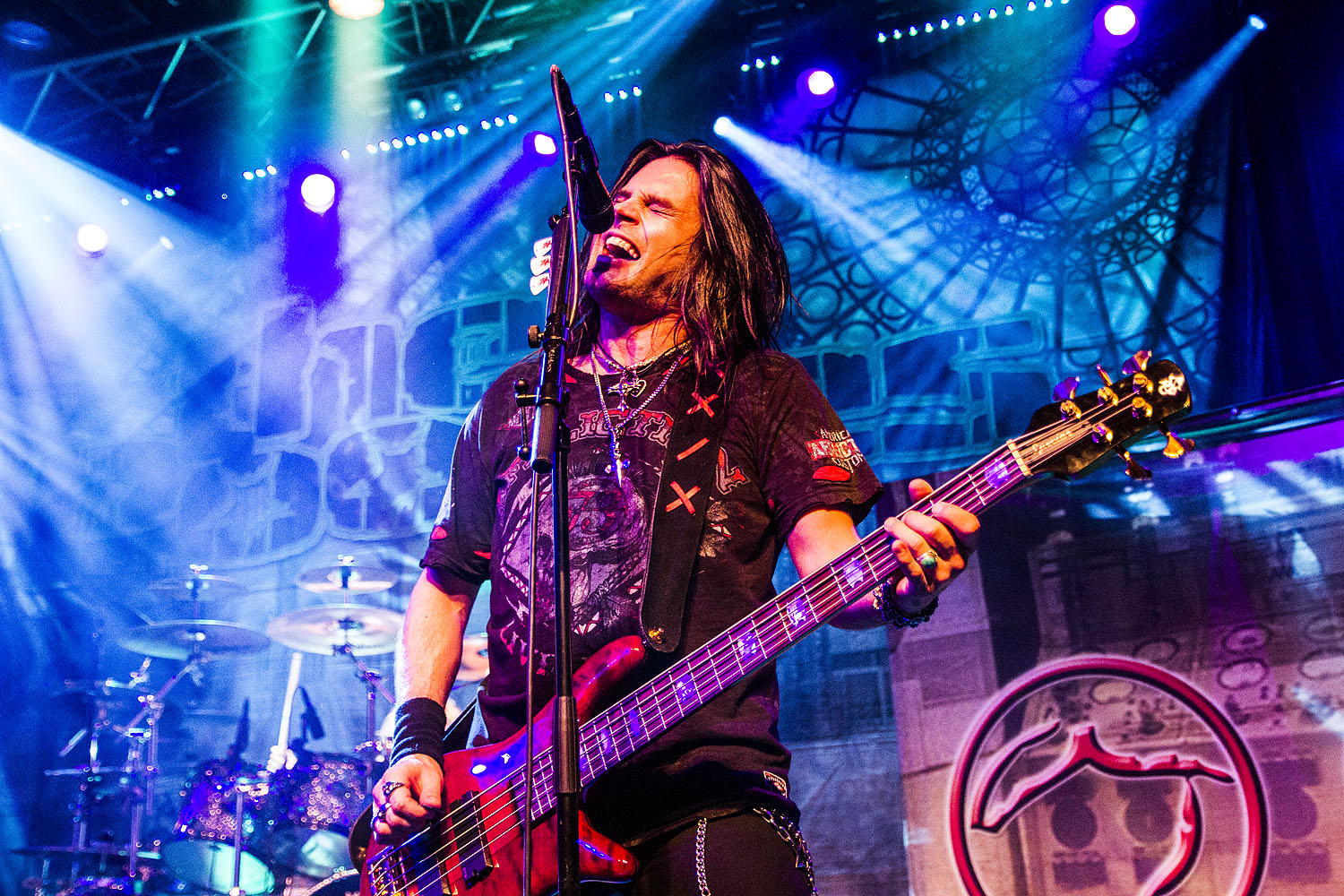 Encores are ,,Echoes From The Past’’ and a great version of ,,Seven Seas’’ with audience participation. I think it’s a shame this band performed in front of such a small crowd but the enthusiasm from band and audience made up for that. Hopefully next time The Boerderij is packed, they deserve it. 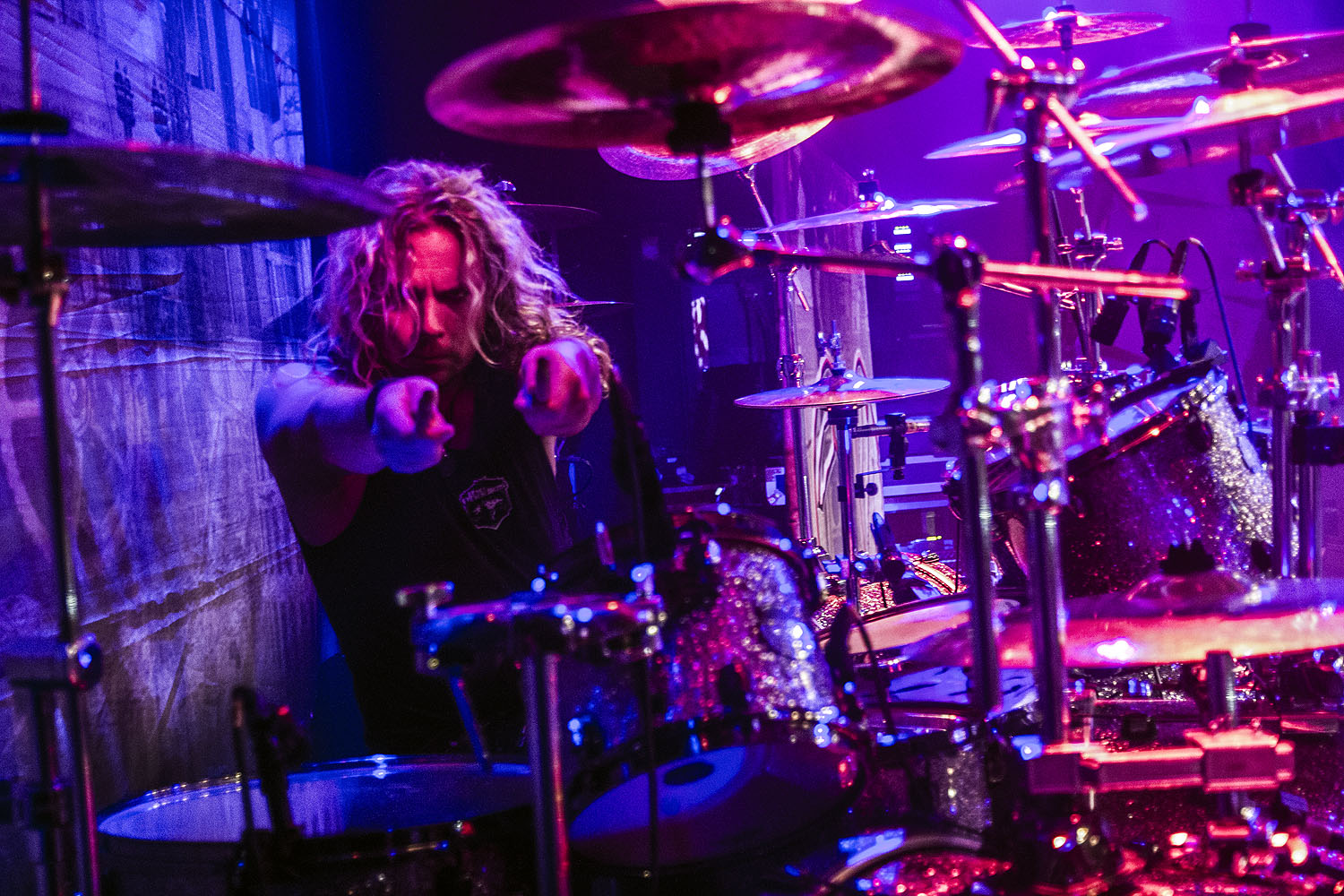