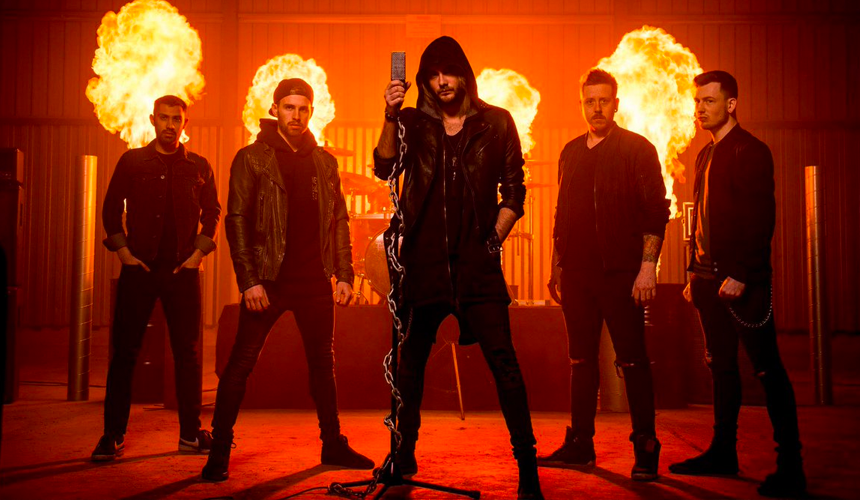 This is the fourth time that I will attend a The Raven Age gig and just recently this promising English hard rock/metal band released their follow up album called ‘Conspiracy’, featuring the new vocalist Matt James. ‘Conspiracy’ is a superb album receiving raving [watch my choice of words here…] reviews and tonight the set list contains almost all songs, with the exception of ,,Scimitar”, of that new album. 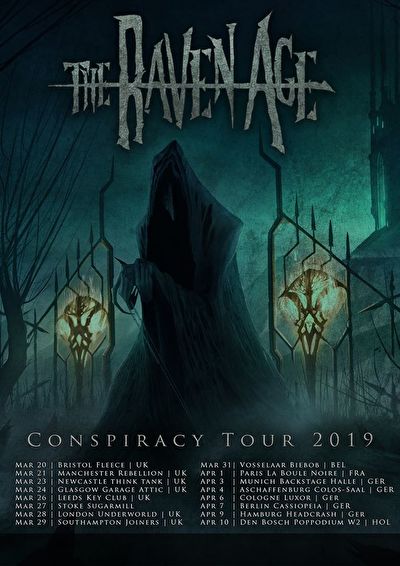 W2 is a rather small, cosy, but excellent venue with great acoustics, and the place is not completely sold out; which is a shame, as The Raven Age “deserve” a full house! Having said that I can state that the present crowd was really into the gig right from the start. The Raven Age was also very keen and enthusiastic indeed as the show kicked off with the instrumental overture of the ‘Conspiracy’ album ,,Bloom Of The Poison Seed”. Then Harris and Co. hit the stage and ,,Betrayal Of The Mind” was “set free” and that one rocked the W2 and hit the audience in the face with a loud bang! “New” singer Matt James aka MJ, made a great impression and his vocal performance was second to none. In fact the entire set list was indeed a complete metal hard rock feast, especially songs like ,,Grave Of The Fireflies”, ,,Stigmata” and ,,Fleur De Lis” were the absolute highlights of this very entertaining rock evening. The Raven Age played very tight and showed that they are ready to make a final breakthrough in the hard rock/metal world. Of course the band also played some “old” songs, from their debut album, and these ones, being ,,Promised Land”, ,,The Merciful One”, ,,Angel In Disgrace” and ,,Salem’s Fate”, were also warmly embraced by the crowd. MJ proved that he could also sing these old ones top notch, especially ,,The Merciful One” was a delight to my ears. So, this was a more than excellent gig again from a  very eager and willing metal band and if you have not been to a The Raven Age gig yet do so in the near future!

The Raven Age rule and now these guys will be supporting Iron Maiden on their North and South American leg of the “Legacy Of The Beast” tour from July to October.