The heyday of Therapy? may lay a quarter of a century behind us, it does not change the fact that the band that was such a wanted and frequent guest at Europe’s biggest festivals is still drawing full houses in 2019. It will not come as a surprise though that the current venues are smaller than before, but 650 visitors on a Thursday winter night is still absolutely respectable and something that many bands would die for. 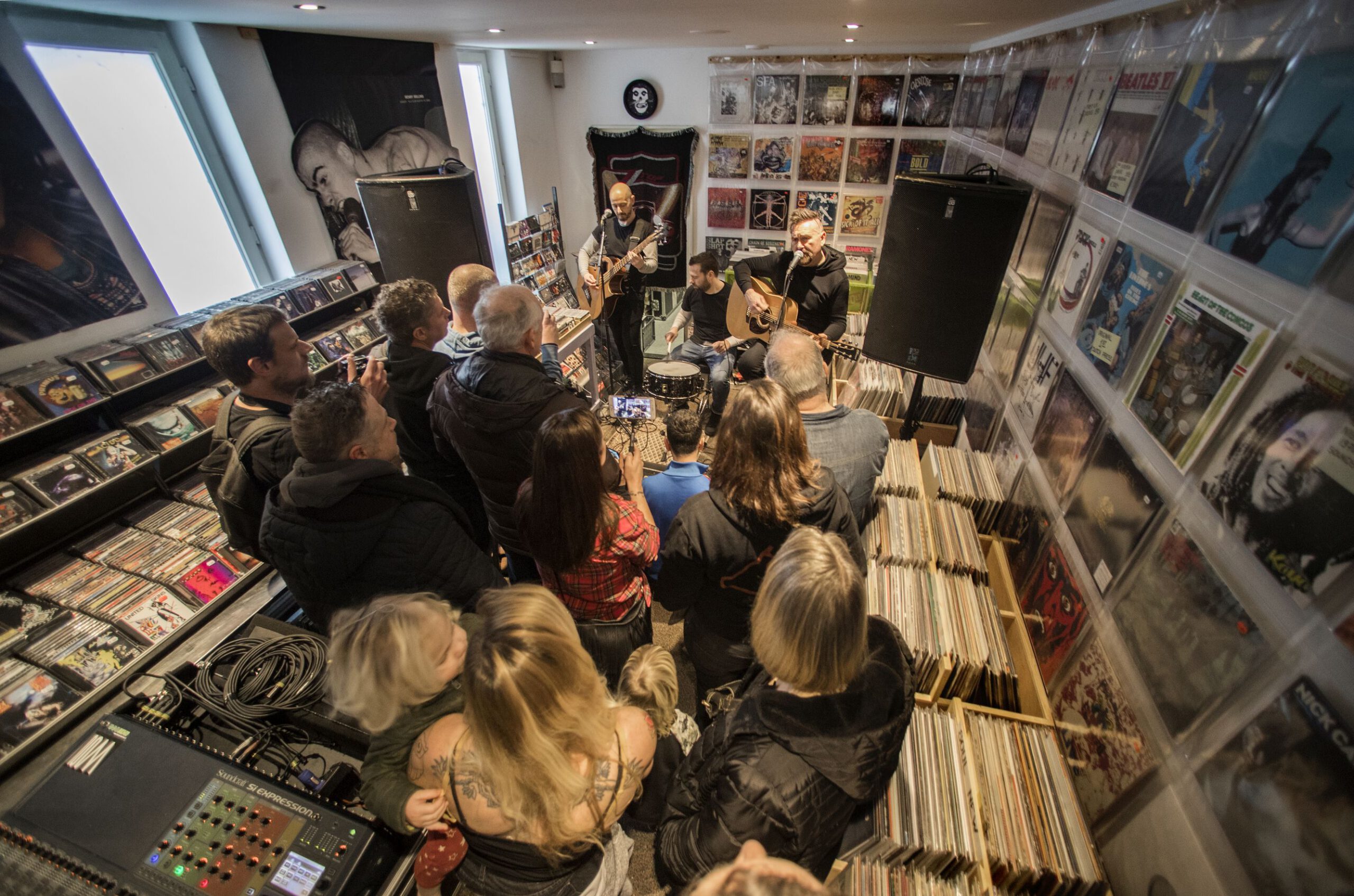 Therapy? at Kinsum Record Store
Earlier in the day the trio performed an intimate acoustic session at the Maastricht independently owned Kinsum Records store, something the band had explicitly asked for themselves. 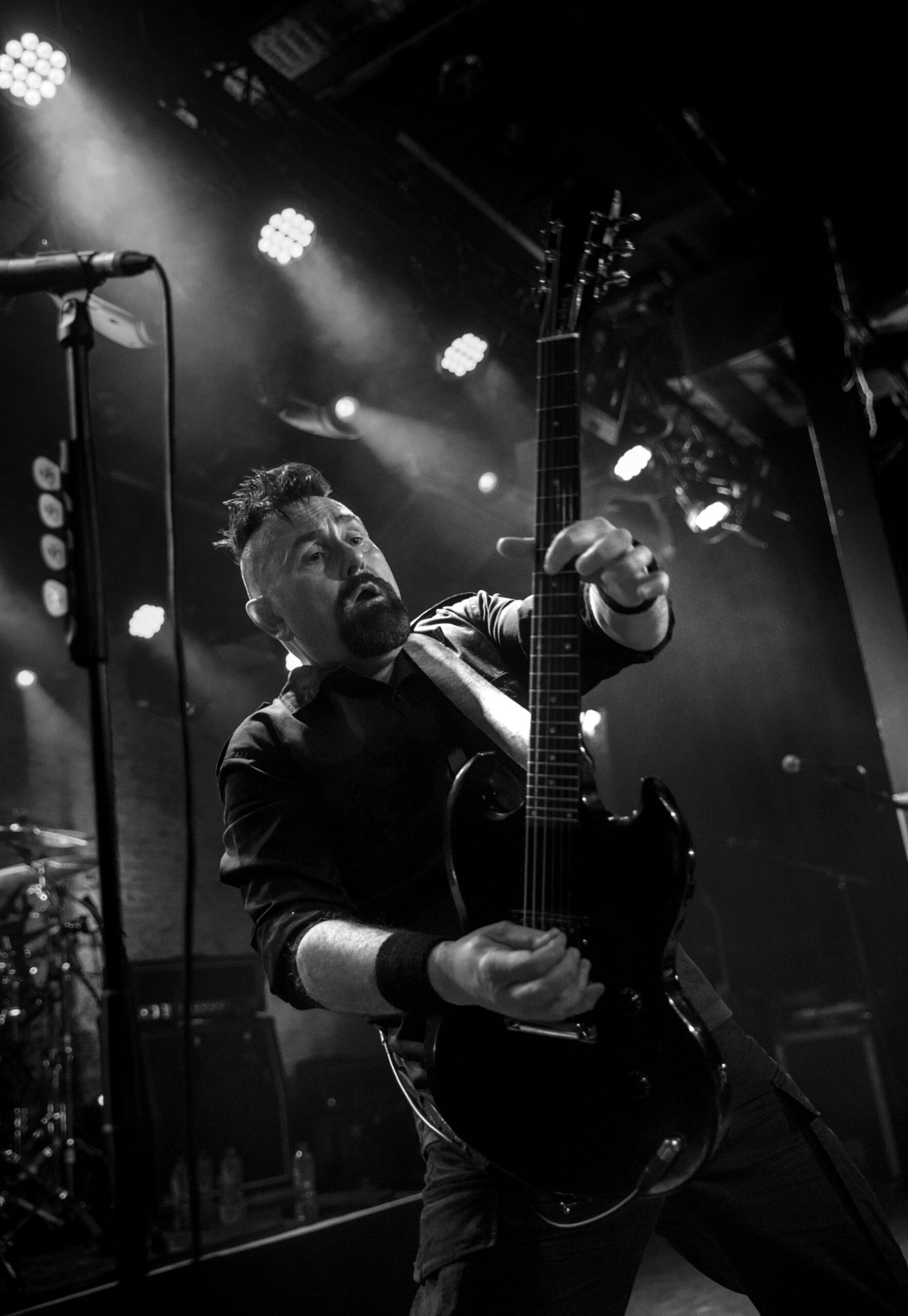 Andrew Cairns
On the Muziekgieterij stage however veterans Andrew Cairns (vocals, guitar) and Michael McKeegan let their amplifiers crank out loud whilst current drummer Neil Cooper (who has been with the band since 2002) holds things tightly together. Therapy?’s right for existence is underlined by the surprisingly strong new album ‘Cleave’ upon which this tour is based. The new material is catchy and vicious and can compete with the very best work of the Northern Irish bunch. It therefore makes total sense that no less than eight ‘Cleave’ songs found its’ way  to the current setlist. Which proofs to be an excellent choice since the new material blends in perfectly with success album ‘Troublegum’, the fan favorite which is also represented by eight songs.  It leads to a powerful and homogeneous set that turns out to be very satisfying. Musically, the men have given in little of their class over the years and the compact head and tail songs still sound tight and rough. All things considered there is little to complain about. 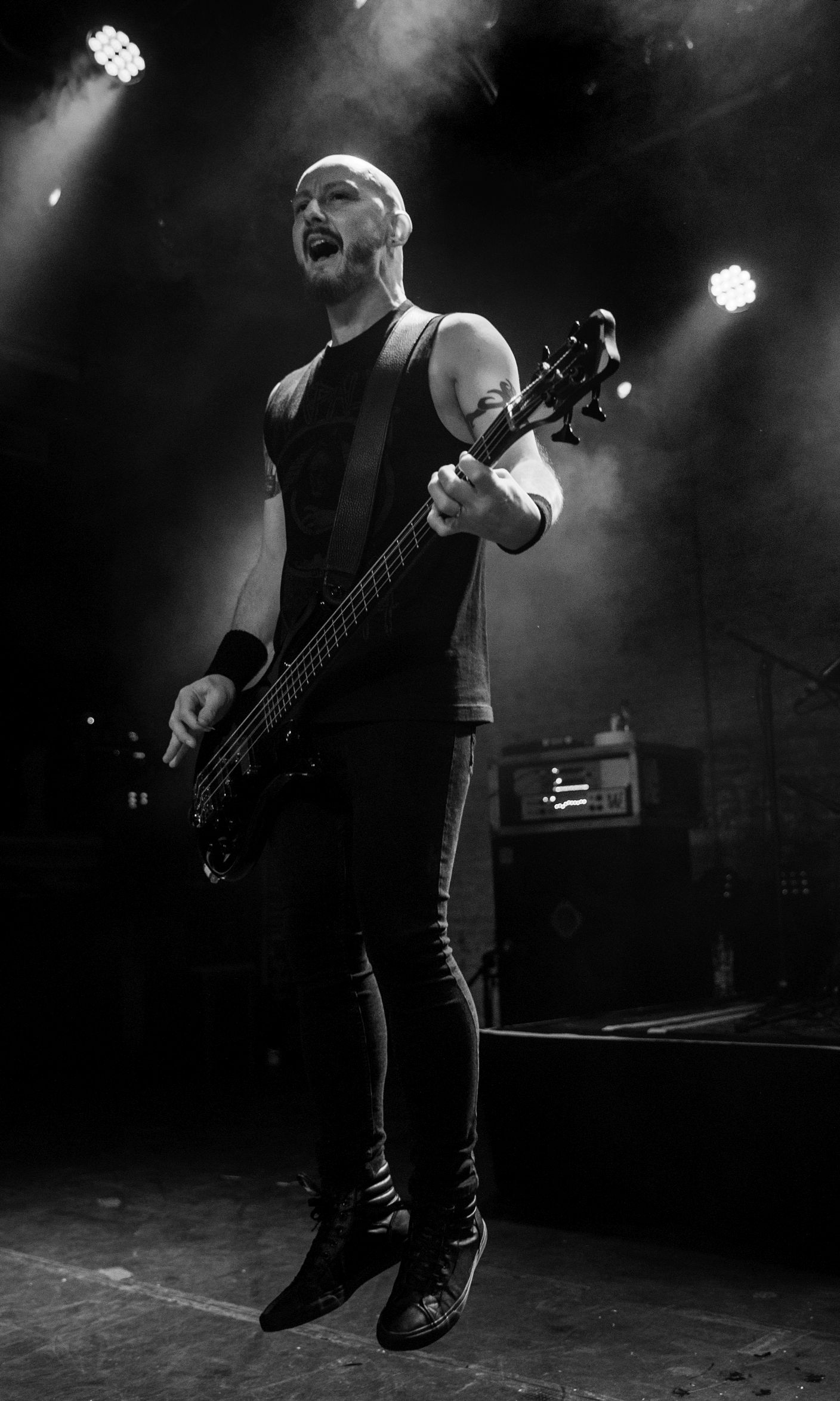 Michael McKeegan levitating
The only point of criticism could be that Cairns vocals lost a bit of power. Certain parts are sung a little lower which gives it a little less bite. But that is just a minor detail with no real consequences to the overall sound. Another detail is the second guitarist who gives a number of songs some extra power from the side of the stage, invisible for a large part of the audience Therapy? shows its’ most sympathetic side tonight and does not let the opportunity pass to  compliment both the venue and the audience. ‘Without You There Is No Us’ Cairns states towards the end of the tightly directed set and there is no bigger truth than that. The evening even gets a festive character when Cairns announces his drummer’s birthday. It all adds up to the special atmosphere that is captivating the Maastricht pop temple tonight. 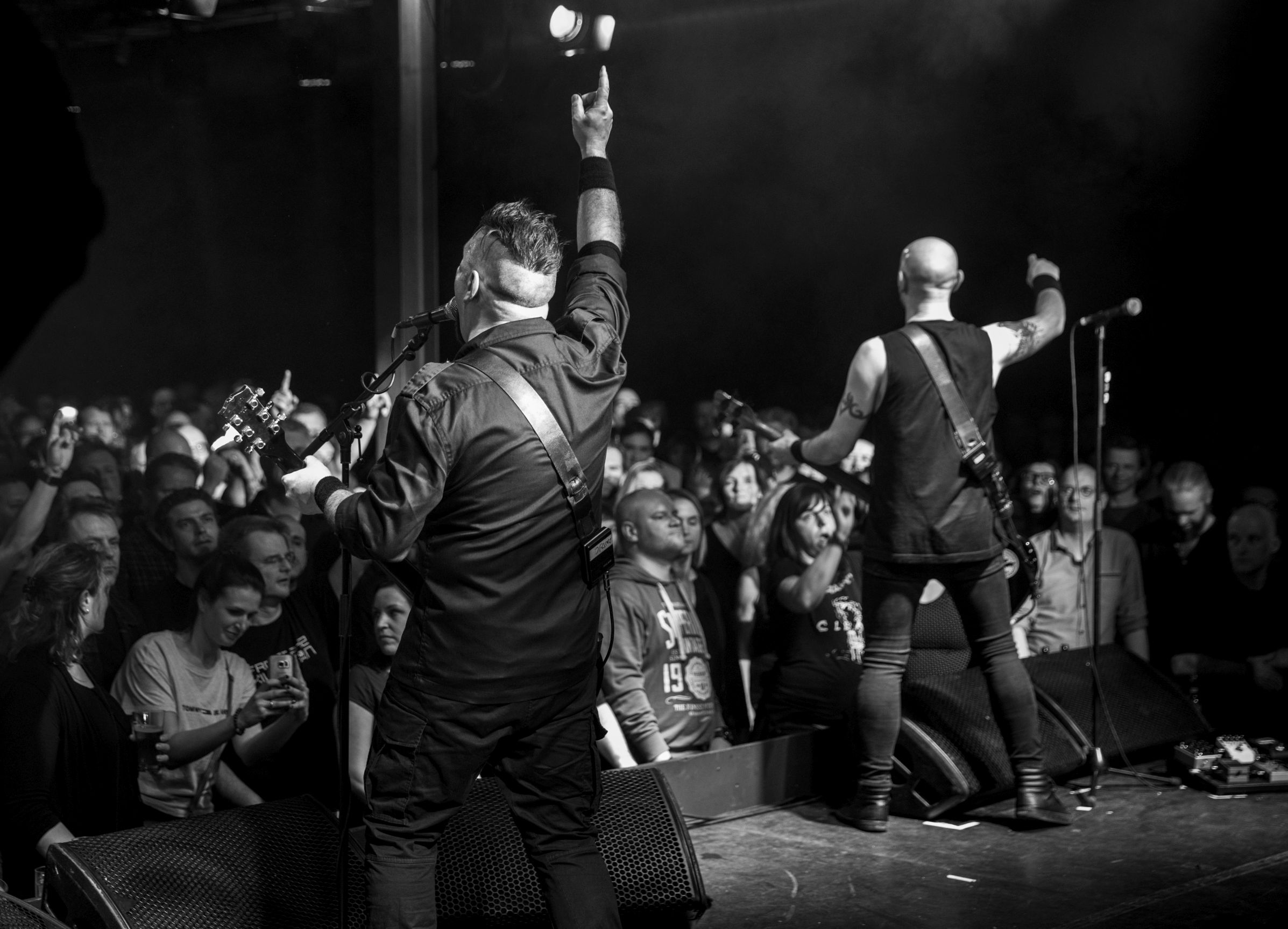 Therapy? and audience having a good time
While a couple of dozen diehard fans engage themselves in moshpits during smashers like ,,Trigger Inside’’ and ,,Screamager’’, the majority of the audience takes in the  controlled aggression calmly. The two most famous covers from the Therapy? repertoire are also represented. Hüsker Dü’s ,,Diane”  functions as a strategically chosen resting point halfway the set while the powerful adaptation of ,,Isolation’’ of Joy Division (what a class song this is!) kicks of the encores. At that moment Therapy? already jizzed through seventeen songs in an hour time but after ,,Isolation’’ there is still more to come. ,,Crutch’’, ,,Stories’’, ,,Nowhere’’ (preceded by a piece of  the Judas Priest anthem ,,Breaking The Law’’), ,,Knives’’ and ,,Success Is Survival’’ serve as the knockout after which the band gratefully leaves the stage. After an hour and a half of blistering anarchism this therapeutic healing is over and no one seems to dare to ask for more.
—
All Photos by Harry Heuts / Harry Heuts Photography
Share article