Thursday April 4th, English classic rock veterans Thunder did a gig at the Bosuil in Weert. After a bit of soul-searching I came to the conclusion that this wouldn’t be the first time I would enjoy this band live. My first trip to a Thunder gig brings me back to Parkpop The Hague, on a sunny day in 1992, June 27th to be specific. They appeared there during the ‘Laughing All Over The World’-tour. After that, I have seen this band’s magic at least a dozen times in the years to follow. But in the last 5 or maybe even 10 years I haven’t seen them live anymore, so this would be a great chance to see if Thunder still have their magic. But first it was Lovell’s Blade‘s duty to warm up the crowd. This band formed around lead vocalist Pete Lovell, with 3 ex-Picture members is a metal band with lots of experience. The enthusiasm was there to see and they had the chance to promote their second CD ‘The Nightmare Begins’. Although this was not a bad band, I think it just was not the right band to open up for Thunder.The mainly Classic Rock crowd, was holding back a bit to the Metal songs of this band. After about 40 minutes Lovell’s Blade was at the end of their gig and got a well deserved applause from the audience. 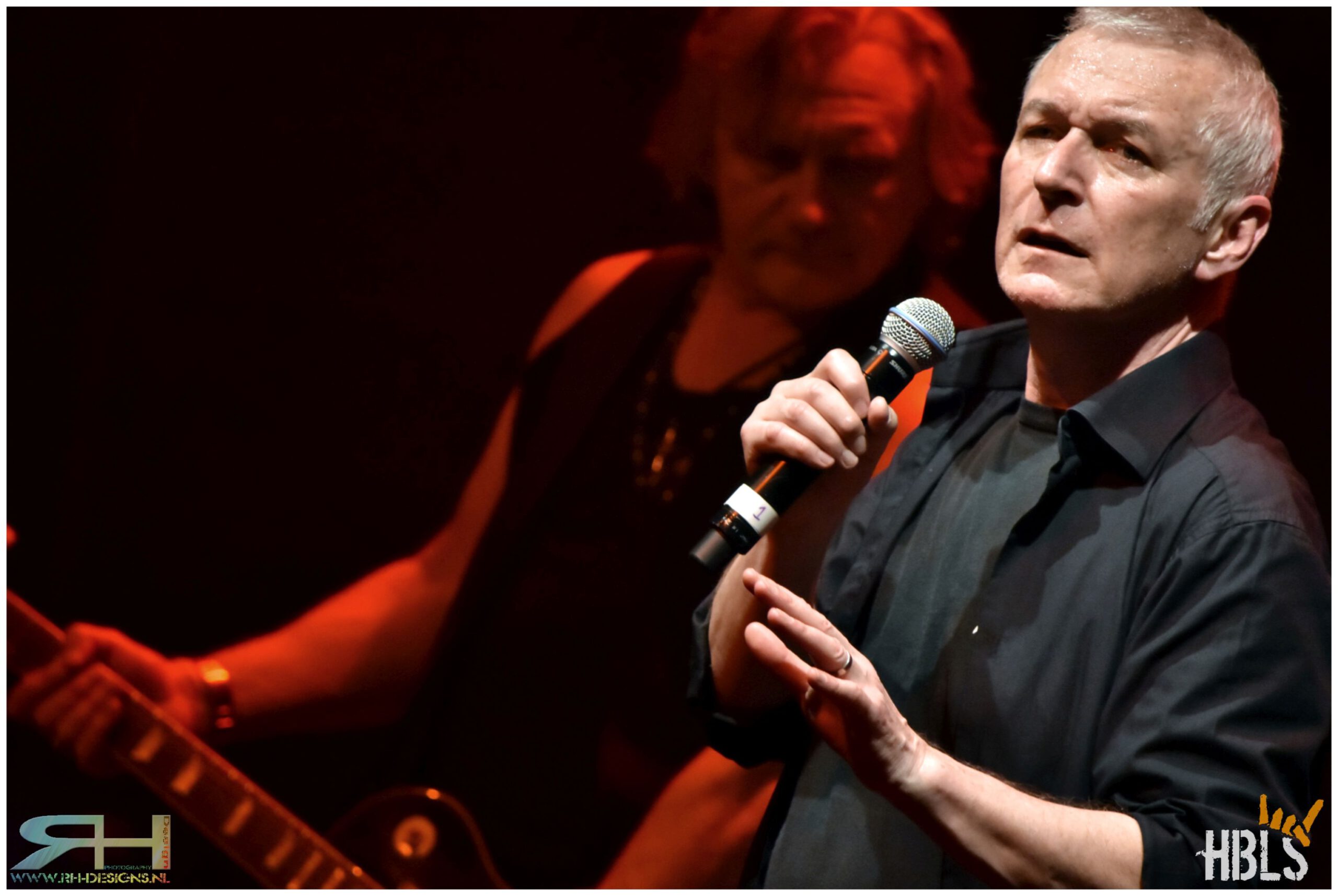 After a quick change over, AC/DC’s classic ,,Thunderstruck” blasts through the PA system and right from the start singer Danny Bowes and his bandmates make clear that they mean business. Celebrating Thunder‘s 30th Anniversary, and with a gigantic music catalogue, this has to be a party!!
They kick off with ,,Loser”, ,,The Enemy Inside”, ,,Higher Ground”. The sound is great, and the audience is enjoying every note the band is playing. It is amazing how Danny nails all the vocal chords to the songs and is as energetic on stage as in the early 90’s. 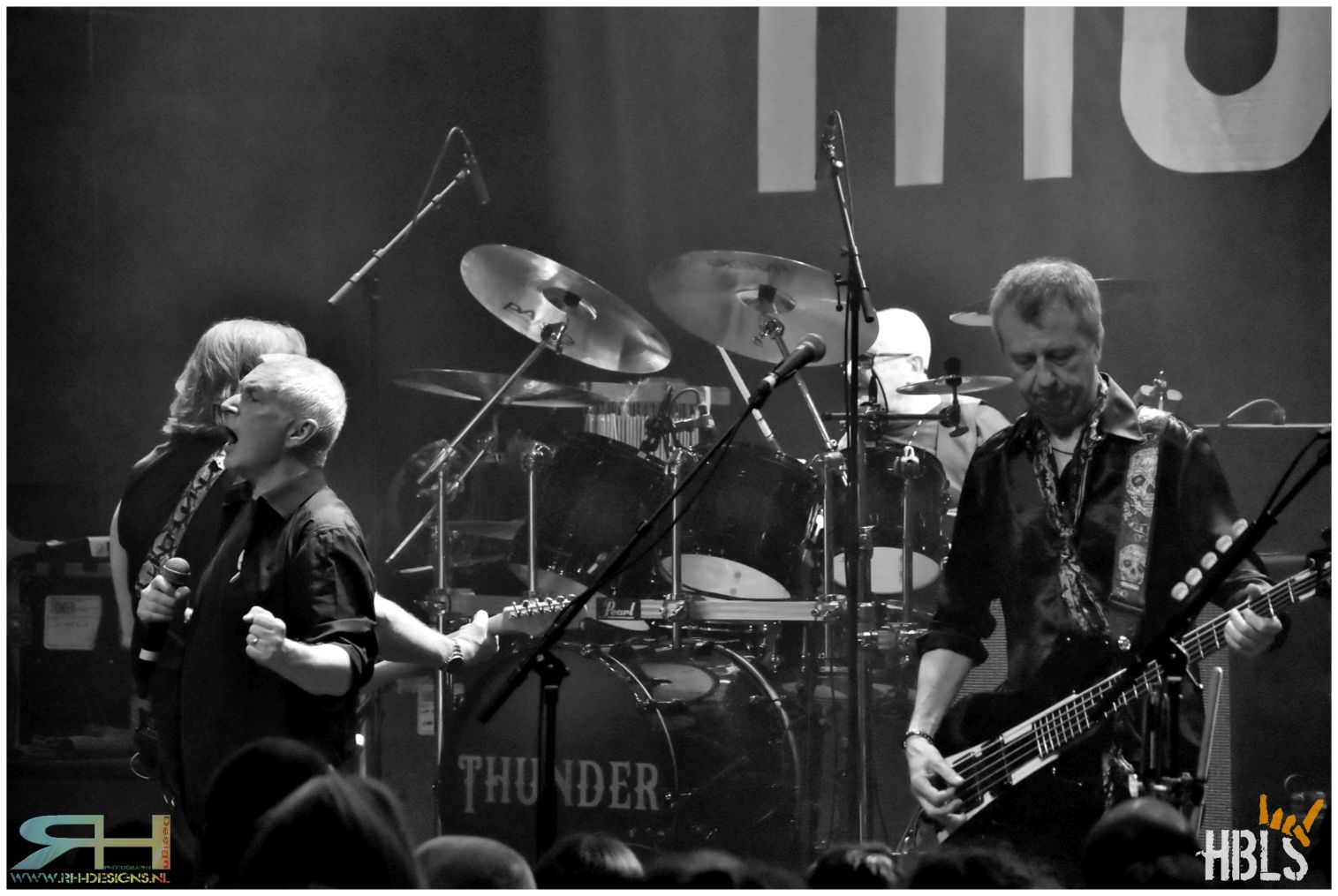 Even after 30 years these Englishmen still know how to throw a party and they enjoy every minute of it. They continue with ,,Ressurection Day”, ,,Low Life In High Places”, ,,Black Water”, ,,The Devil Made Me Do It”.
As a real frontman Bowes makes sure the audience is a big factor of the show, by inviting them to sing along with the songs all the time. Making jokes that it is the first time this tour, that the crowd sings enjoyable tones. The rhythm section is on fire, drummer Gary “Harry”James and bassist Chris Childs know how to lay down a solid foundation for guitar duo Luke Morley and Ben Matthews.

Once again I cannot believe this band never became as big as other bands and stayed the best kept secret to the real fans of good old melodic hard rock bands. 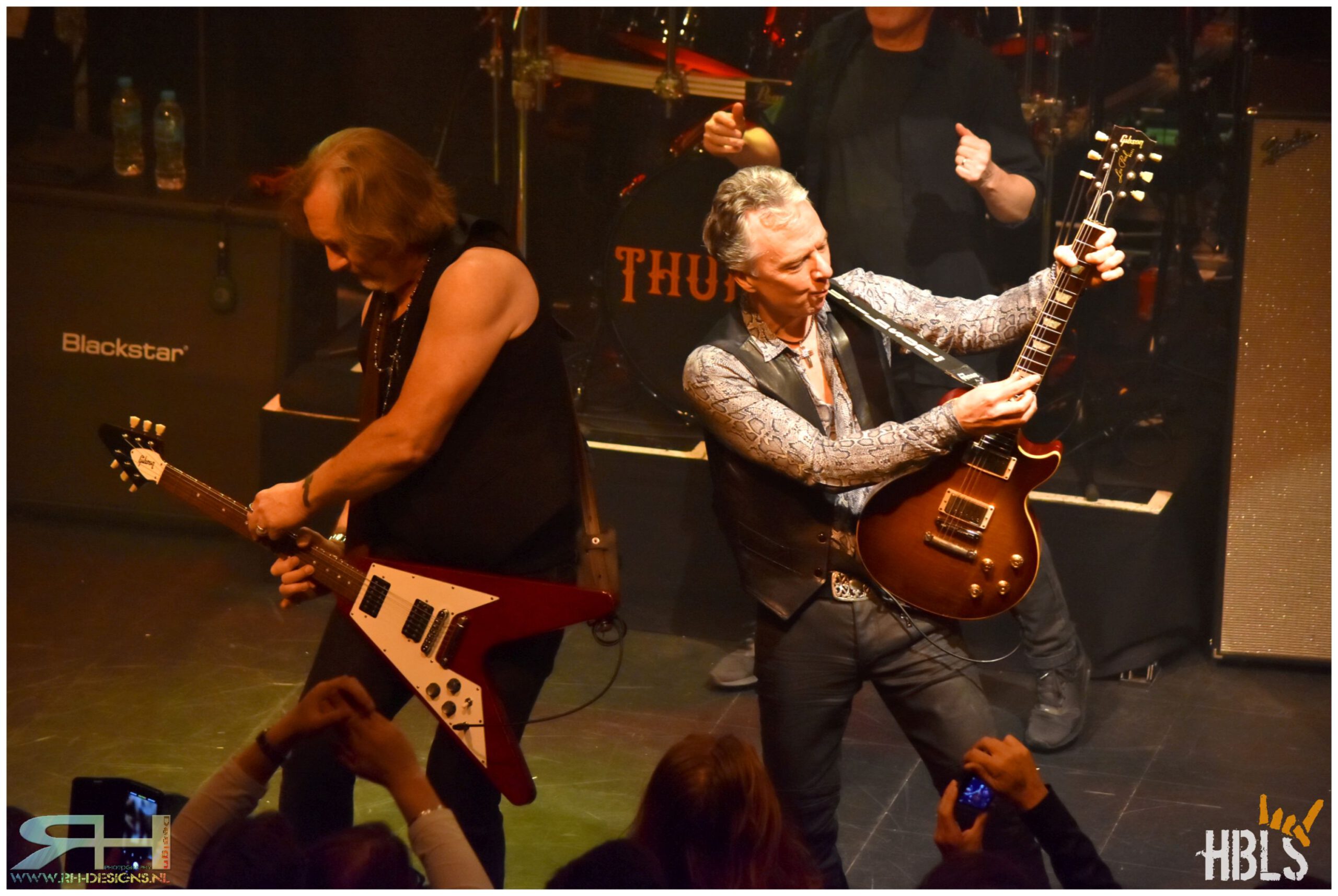 The roof went off the Bosuil tonight.The place was packed and everybody had a great time. That’s what Thunder does to a venue.
The end of the show is dominated by classics like ,,Backstreet Symphony” and ,,Love Walked In” and after a great 90 minutes show, the band leaves the stage, but the crowd makes sure they come back to play an encore. ,,Serpentine” and all time classic,,Dirty Love” are played and the band finishes tonight’s show with a bang.

This was the last show of this tour leg. If you have the chance to see this band, go and see them!! Because they are still on fire!!! Even after 30 years of rock and roll. 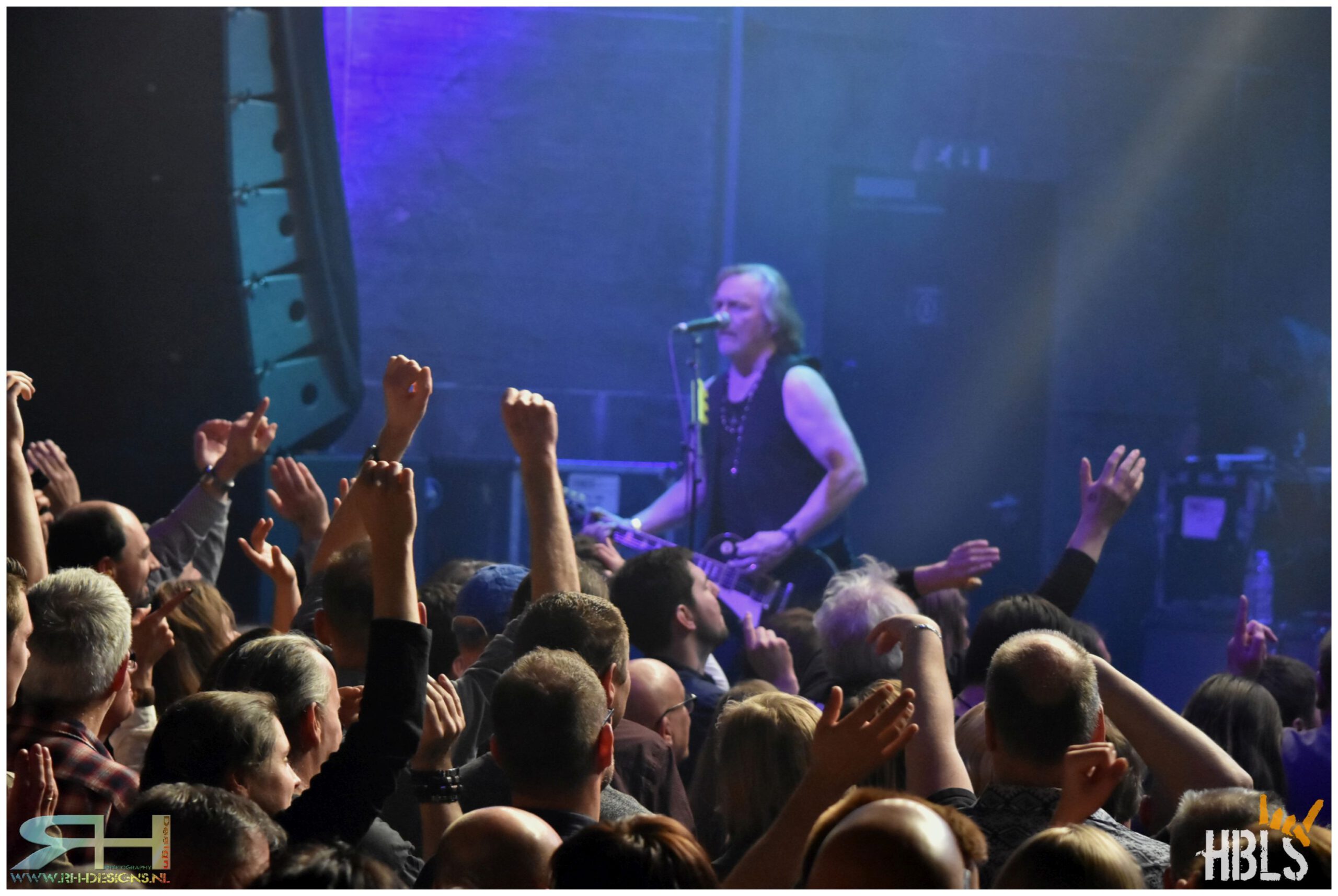