A few weeks before the show it was already announced that this gig was sold out. After entering the venue, indeed it was crystal clear 013 has a full house; there is hardly any space to walk around, it is warm and also the balcony area on the first floor is crowded with various types of rockers and metal heads. Apparently everybody wants to witness the American guitarist Mark Tremonti, who already has big success with Alter Bridge and Creed, rocking out with his four-piece solo band Tremonti. 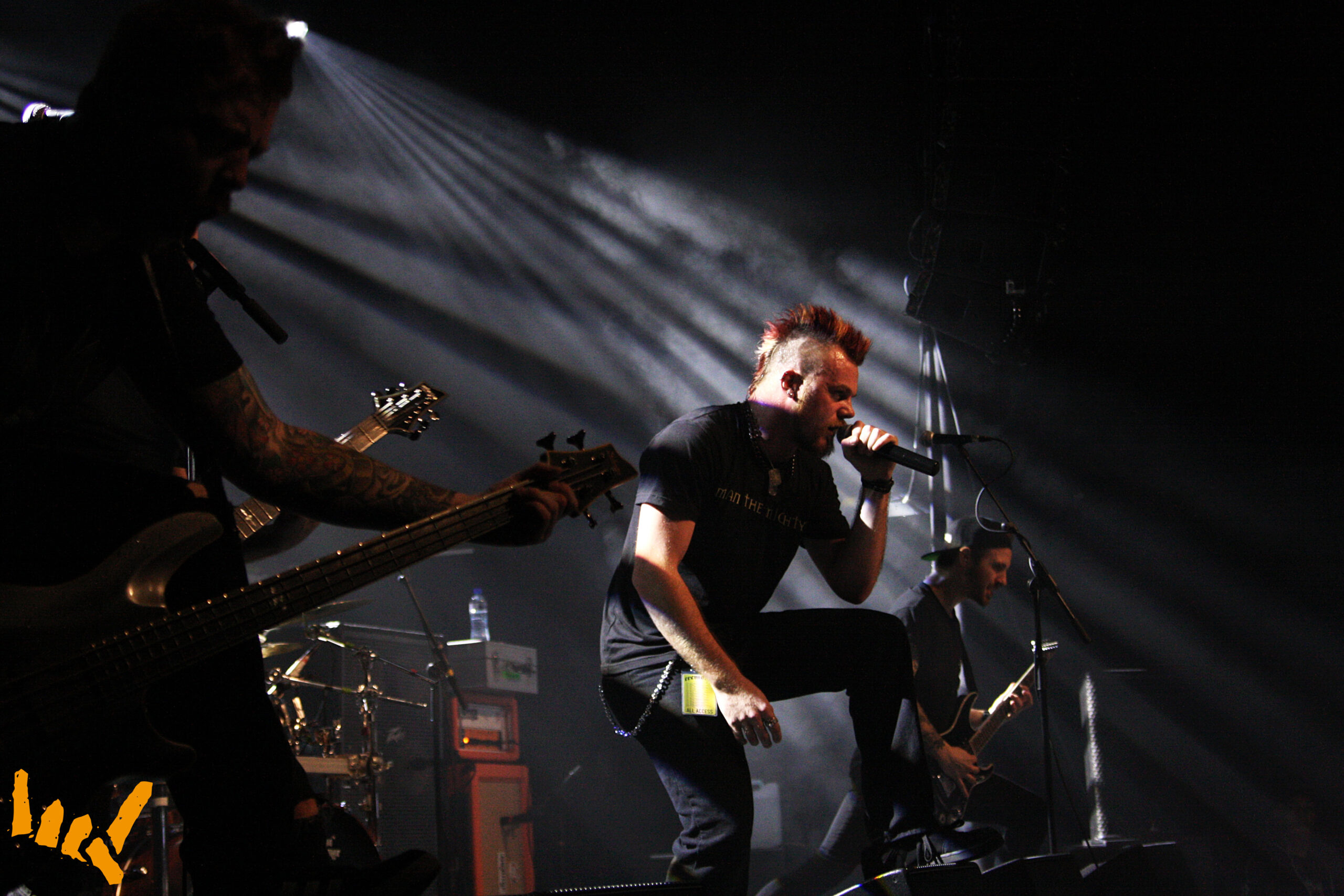 This Saturday evening starts with support act The Raven Age, who actually only has released one EP in 2014 (`The Raven Age’), but build a live reputation by touring with Mastodon, Goijra, Delain, British Lion, to name a few. They played at the festivals Download and Sonisphere and actually after this tour with Tremonti, The Raven Age will support Iron Maiden on the `Book Of Souls’ world tour 2016. 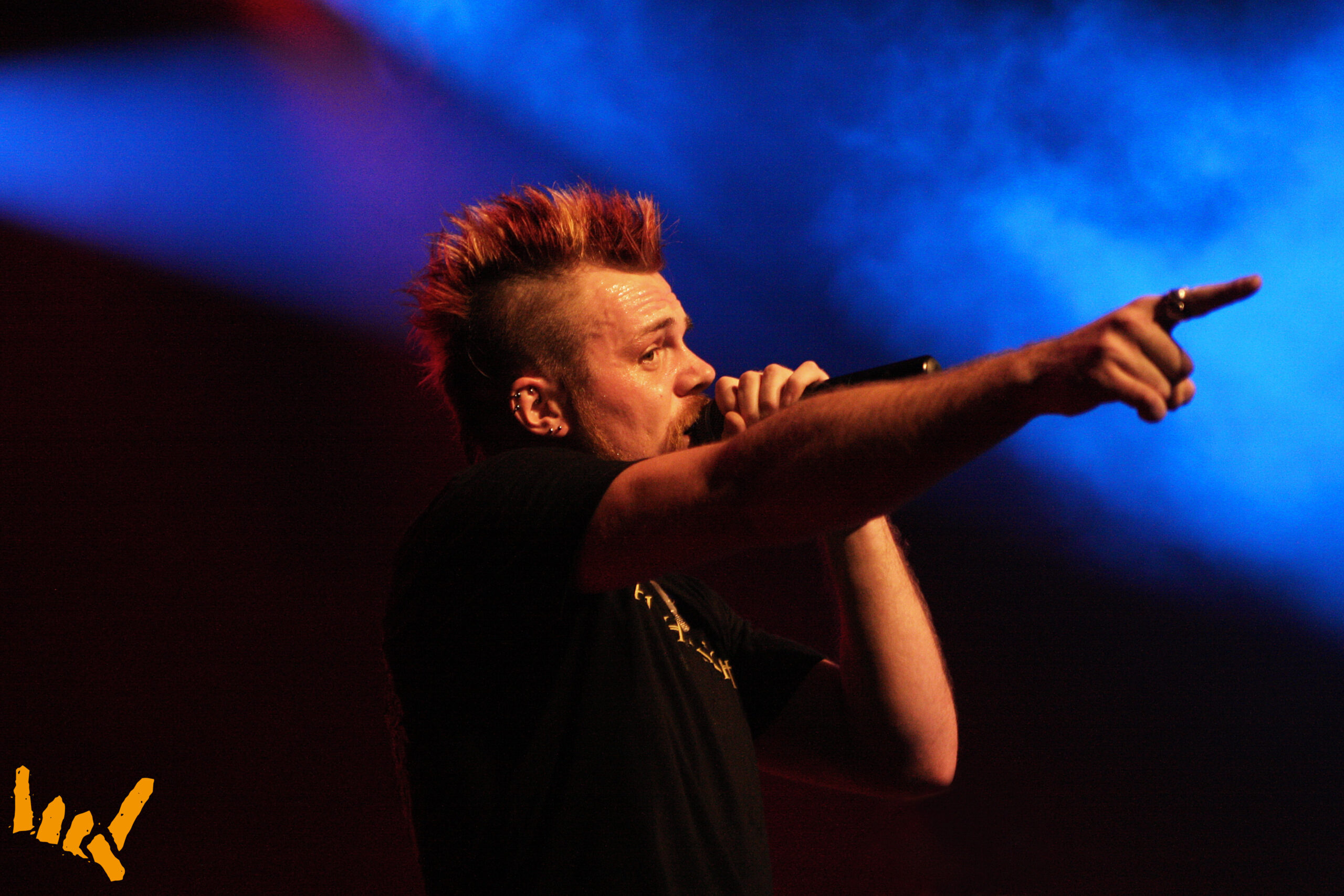 These young dudes from London UK treat us with an energetic and professional performance, jumping around on stage and very much interact with each other and the audience. As a reward they get an enthusiastic response to their heavy, aggressive but at the same time melodic sounding repertoire. 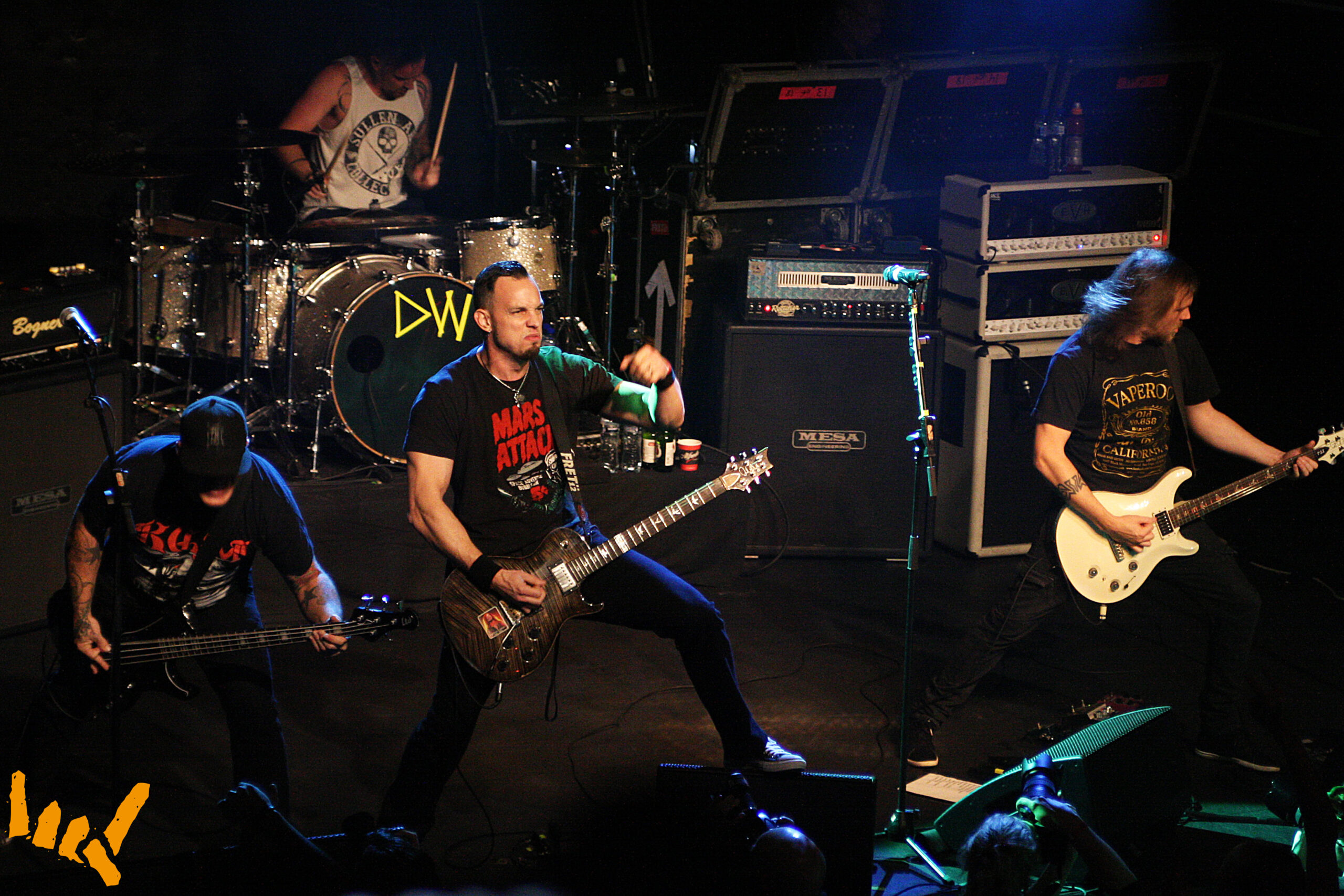 After this perfect warming up Tremonti takes the stage and owns it. Starting with ,,Cauterize’’, title track of the second album, we get injected with an adrenaline shot of ultra heavy guitar riffs and galloping rhythms, which are very recognizable for Tremonti. This massive, brutal and aggressive sound, also featuring great grooves, last until the very end of a barely 80 minute show. Not only the audience but also Mark and his band mates seem to very much enjoy this evening. As a solo artist Mark is able to show his true metal heart and his love for speed metal and traditional heavy metal. Although playing in huge venues with Alter Bridge and Creed, this smaller club show and intimate setting suits him well and seem to make his day. Mark proved his fabulous skills as a guitarist ages ago but is now able to show he also is a good singer, giving the music a nice melodic contrast with his voice and by the way getting excellent vocal back up by guitarist Eric Friedman. 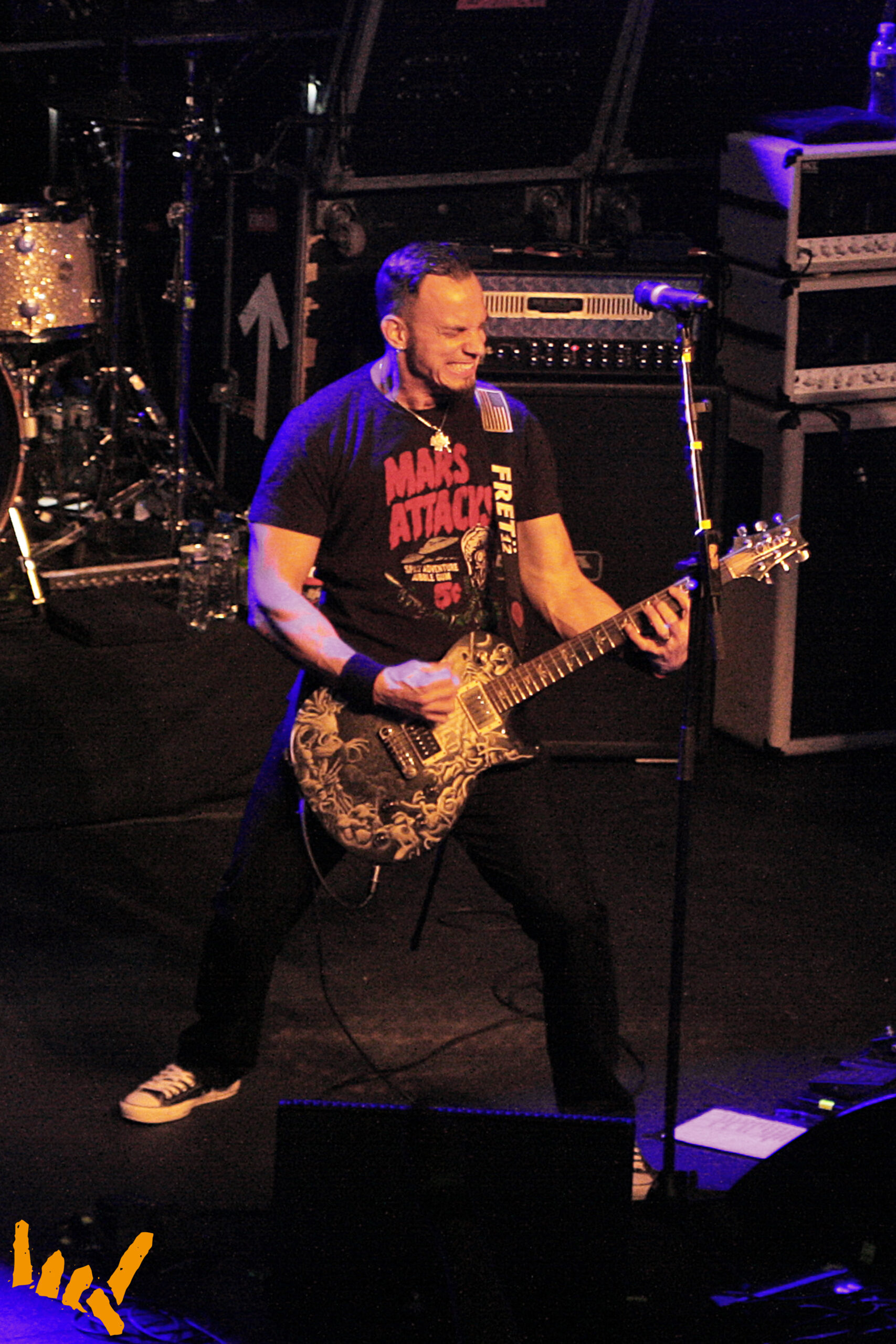 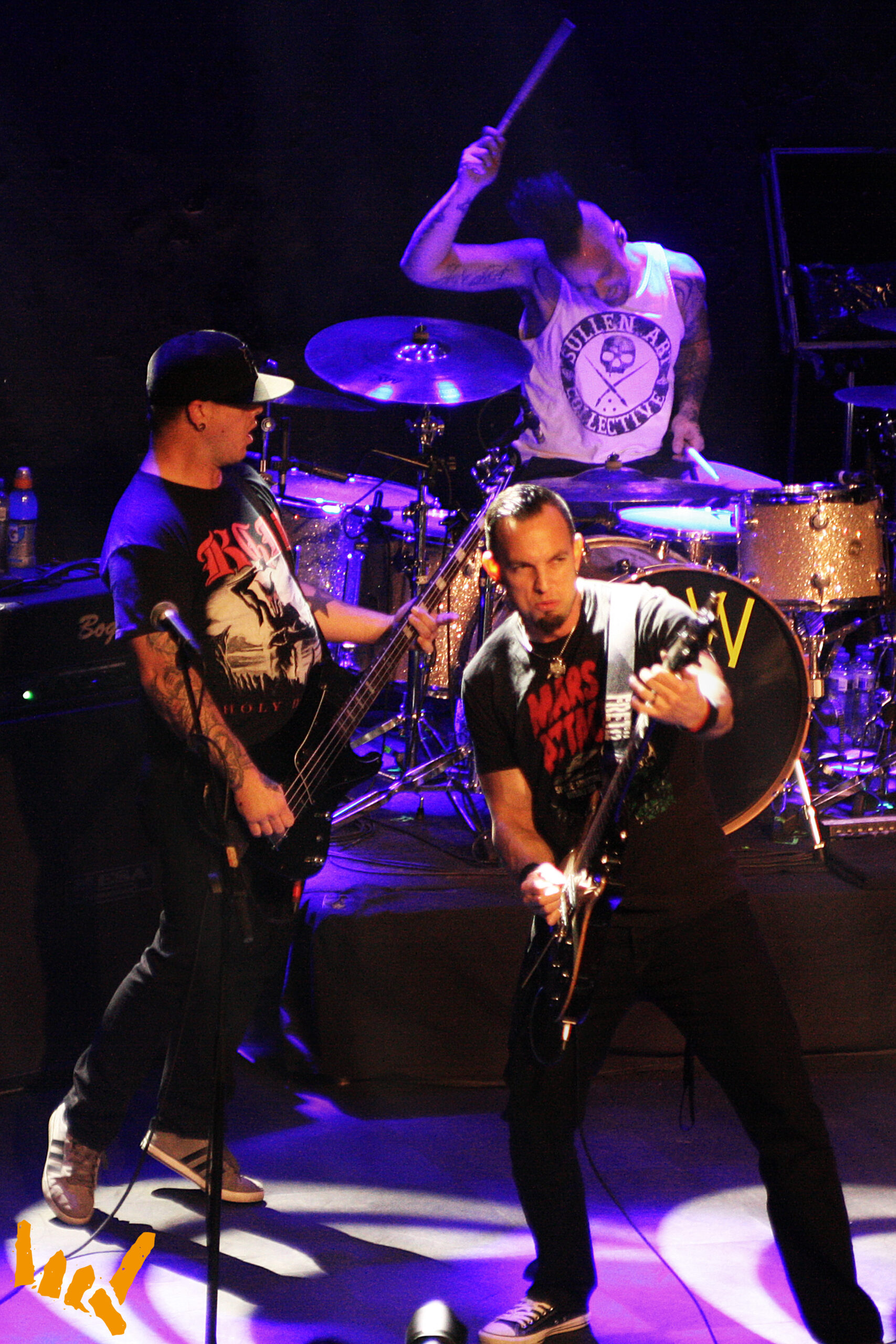 During the evening there is a lot of energy and headbanging both on stage and in the audience and everybody seems willing to get sucked into this hurricane of heavy loaded tracks, like ,,You Waste Your Time’’, ,,So You’re Afraid’’, ,,Radical Change’’ and ,,Brains’’. We can gasp some air with beautiful versions of ,,The Things I’ve Seen’’ and ,, Dark Trip’’ while ,,Flying Monkeys’’ stands out because of its heavy pounding character. Before starting ,,Arm Yourself’’ Mark asks the audience if we still have some energy left and soon after we got re-injected with a speed tempo along with tons of heaviness. 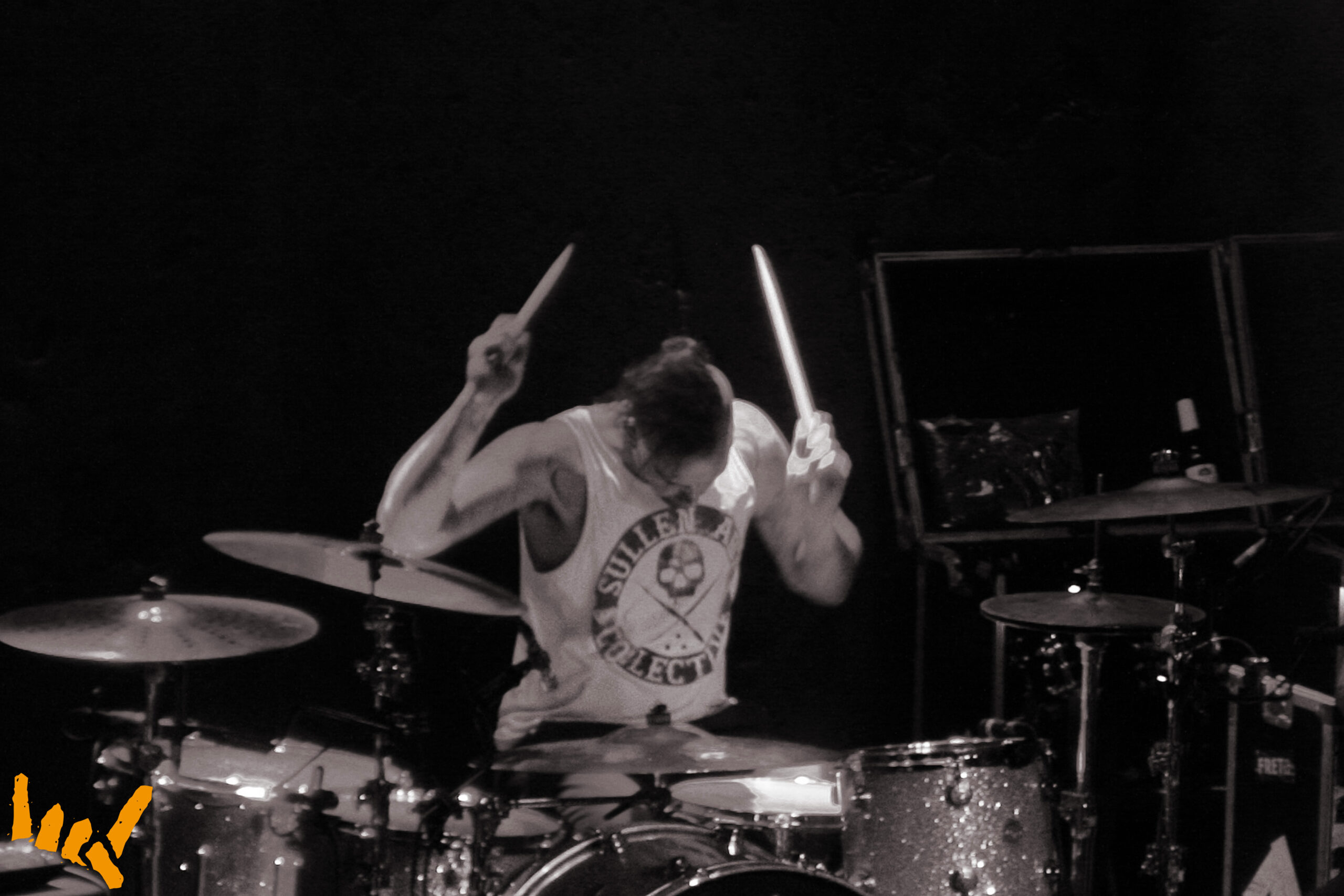 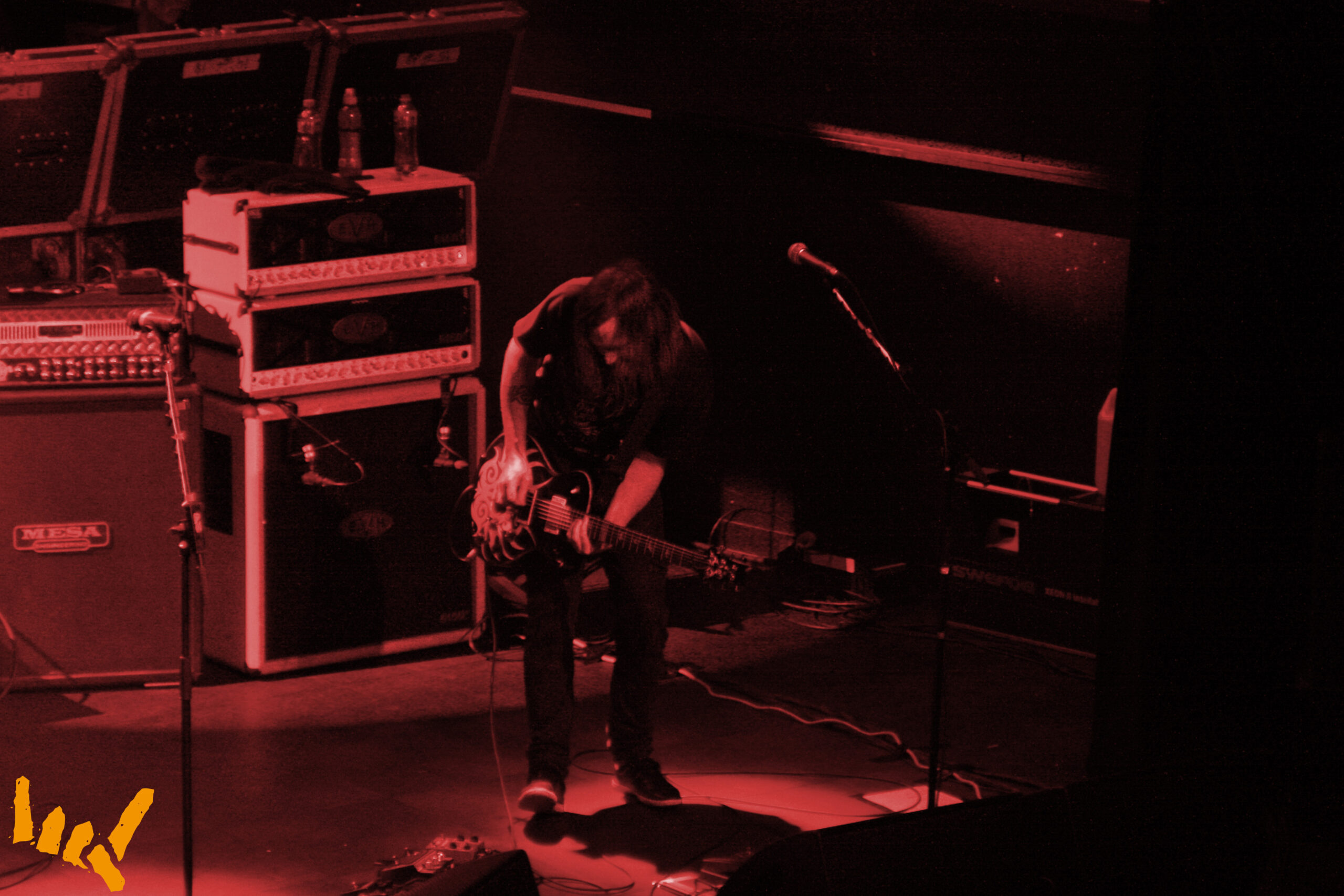 ,,Sympathy’’ is dedicated to Diana Meltzer who gave Mark his first record deal (with Creed) and who is present at this show as a surprise. Then Mark announces there will be no encore because `we now give it all we got’ and then asks for a circle pit: ,,Wish You Well’’ is a great closure of a cool gig. A sympathetic gesture is the fact Mark and all the other band members hang out after the show near the merchandise stand to sign every piece of bought merchandise. I’m sure next time Tremonti will play the bigger stage of 013. 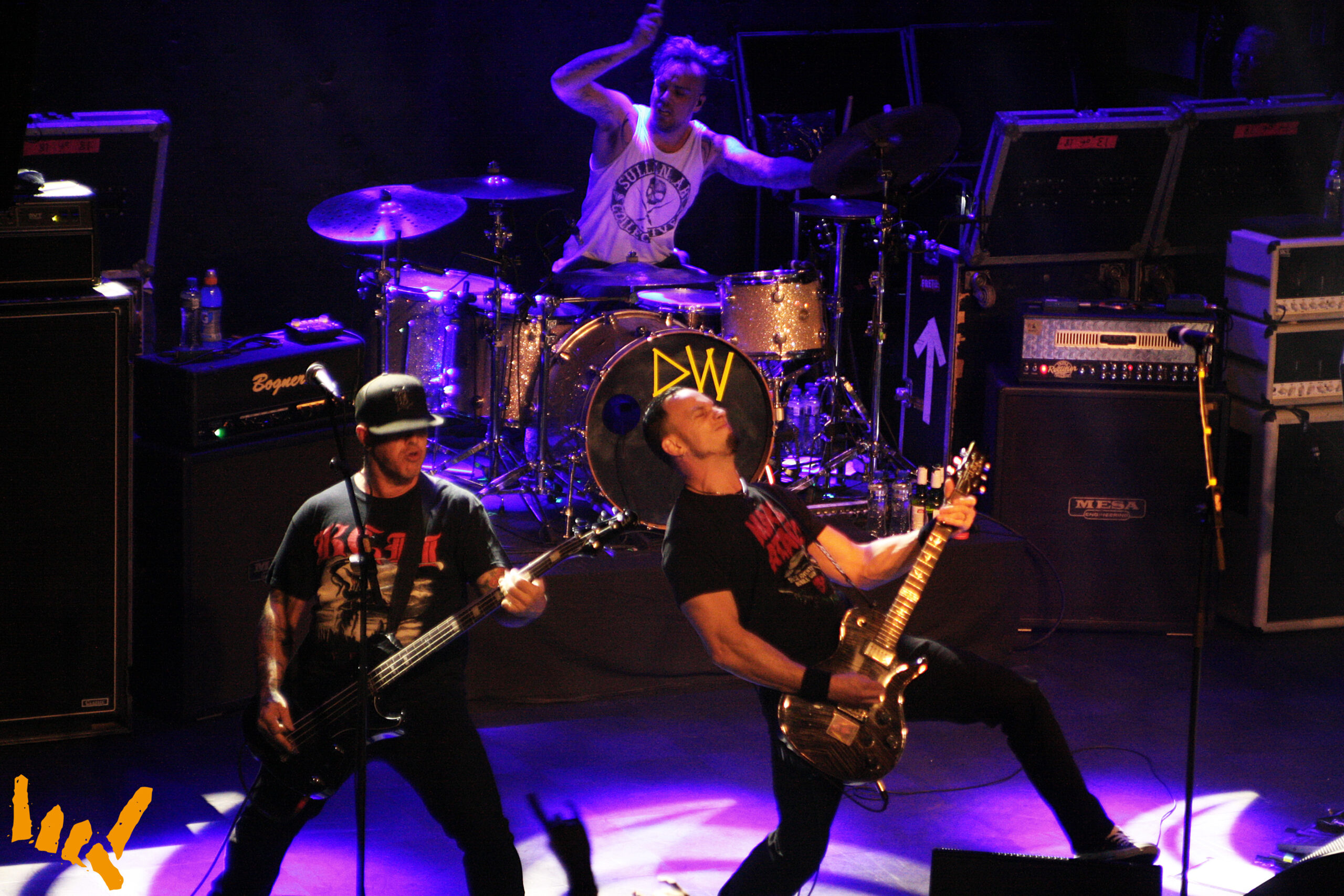 (All photos by Lilo)