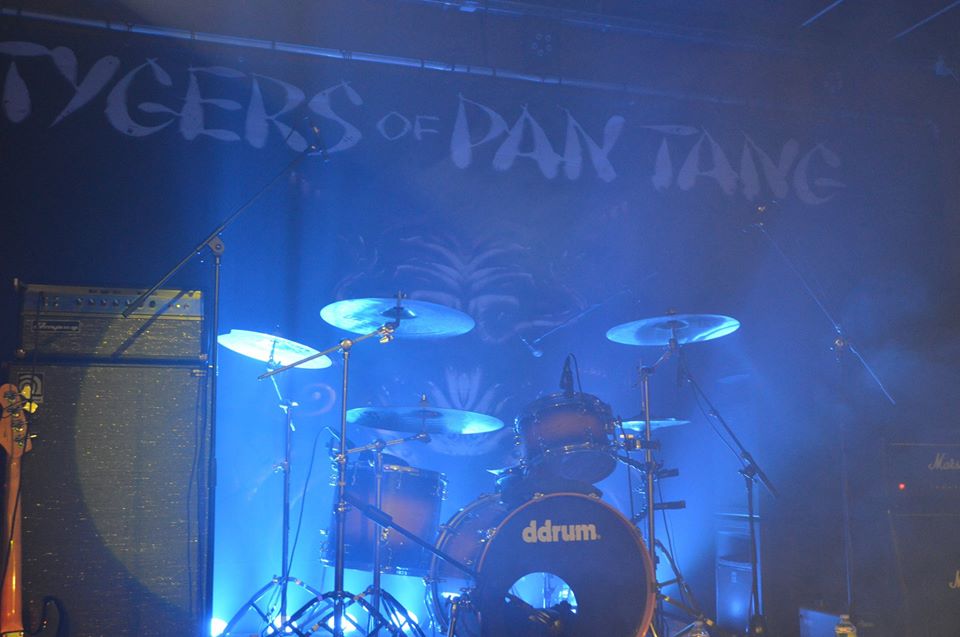 NWOBHM bands are still going strong and so Stan Novak went to Belgium to see TYGERS OF PAN TANG and report back for HeadBangers LifeStyle. 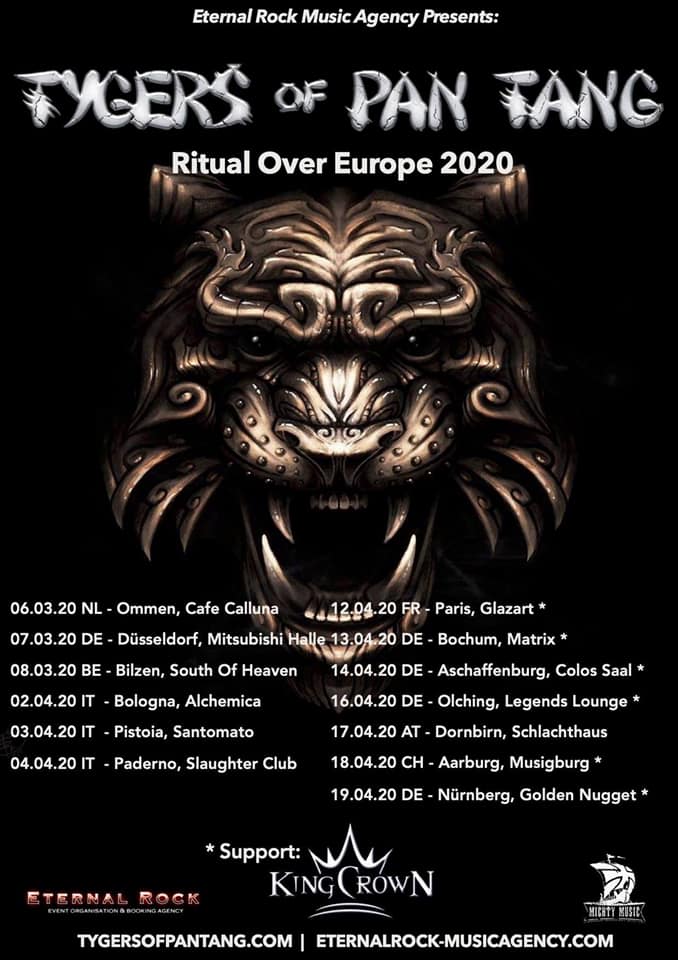 Tonight marks my first visit to the South Of Heaven club in Belgium but it most certainly won’t be my last. Situated only 15 kilometres of the Dutch border in downtown Bilzen this is a very enjoyable place for mid-sized club shows. The venue which seems to be able to hold around 350 people has a perfectly sized stage with good visibility and two bars, one in the live room and one further down in an adjoining relax area. In other words, a perfect setting for some old school heavy metal. On this windy Sunday night a 200+ crowd is witness to a kickass show of a band who’s history dates back no less than four centuries! 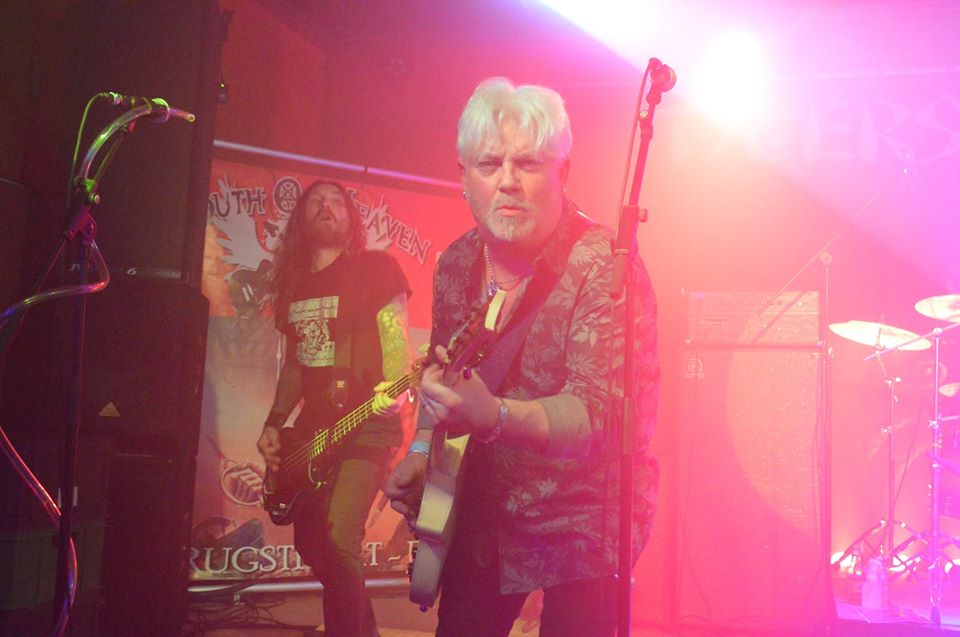 Tygers Of Pan Tang’s classic debut ‘Wild Cat’ saw light and day back in 1980 but the energetic album opener ,,Euthanasia’’ still serves as the perfect set opener. It really sets the tone so to speak. This current Tygers Of Pan Tang line-up is not home to a bunch of static veterans by the way. Only founding member/guitarist Robb Weir has granddad status but his young looks may indicate otherwise. Weir finds himself surrounded by a pack of hungry musicians that appear to be in their thirties. And it becomes clear from the start that this outfit knows how to rock the house. The setlist offers a well balanced mix of oldies and cuts of the latest two studio albums (2016’s ‘Tygers Of Pan Tang’ and last years ‘Ritual’). It goes without saying that songs from the early days such as ,,Hellbound’’, ,,Take It’’, ,,Slave To Freedom’’, ,,Running Out Of Time’’ and ,,Raised On Rock’’ are very much welcomed by the dominantly veteran crowd, but cuts of the latest releases seem to get almost as much acclaim. And not without reason because songs like ,,White Lines’’ and ,,Only The Brave’’ have plenty to offer if you are into powerful and melody driven hardrock. 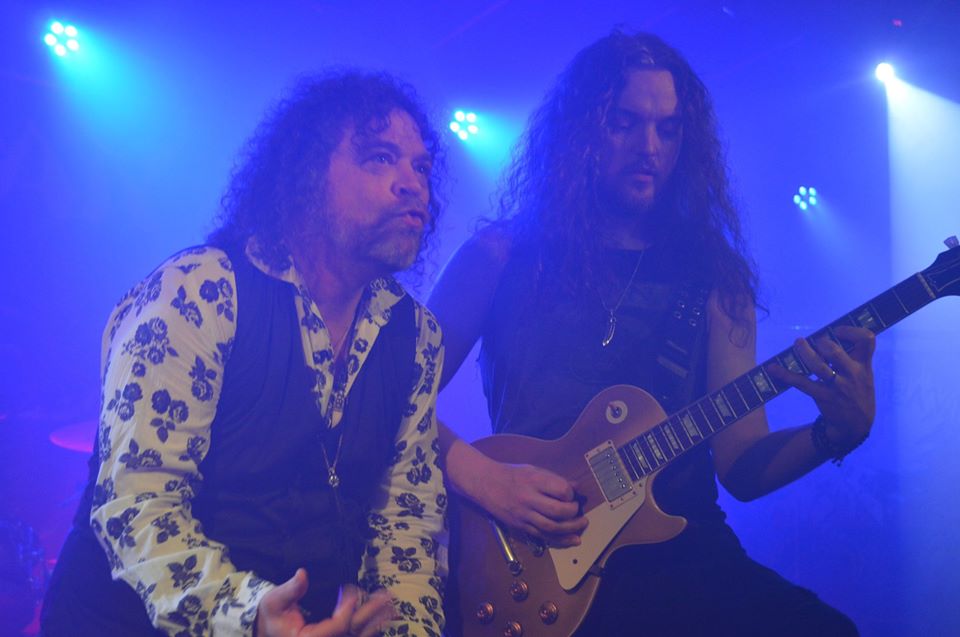 Tygers Of Pan Tang once had the legendary John Sykes in the line up whose playing gave the band a turbo boost. The albums ‘Spellbound’ and ‘Crazy Nights’ will therefore always remain fan favourites. Despite his brief stint with the band Sykes’ name still rings on but current lead guitarist Mickey Crystal makes sure that Sykes is not missed tonight. Much like his famous predecessor Crystal also is a high testosteron gunslinger who manages to deliver a lava of flashing solo’s and licks. Another eye catcher is vocalist Jacobo Meille. The Italian is without doubt the best singer the band has ever had. It is obvious that these modern day Tygers have a mean bite.The first hour flies by in a heartbeat and creates a craving for the encores but I must say that the last section of the show leaves me a bit disappointed. Instead of delivering a knock out by playing some more vintage cuts the band instead throws in a couple of covers. ZZ Top’s ,,Tush’’ and Leiber & Stoller’s ,,Love Potion No. 9’’ sound good and get a warm welcome from the crowd but it leaves me with a little bit of an anti-climax feel.
No ,,Gangland’’? Come on guys…don’t be pussies! 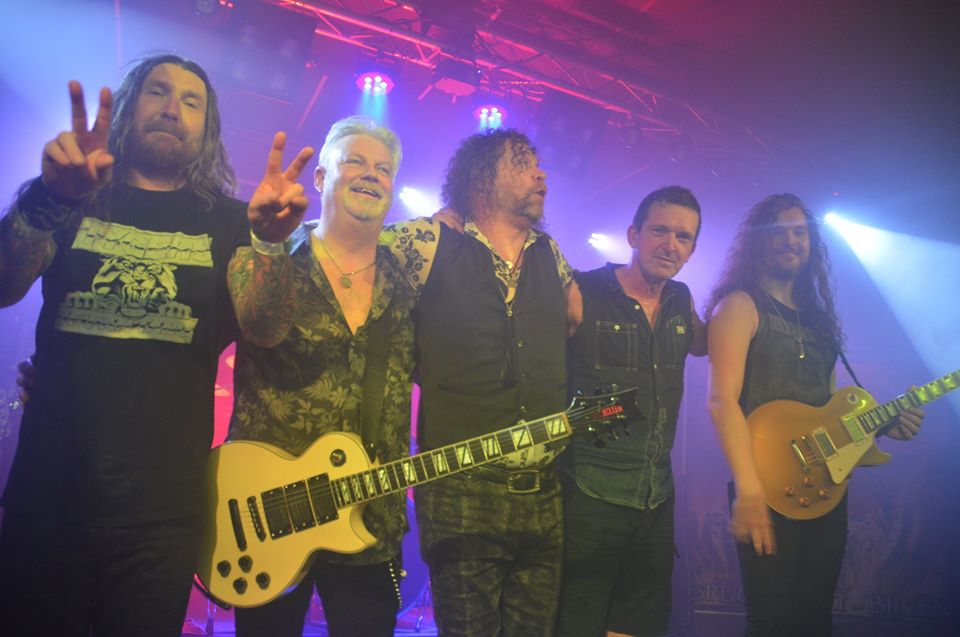