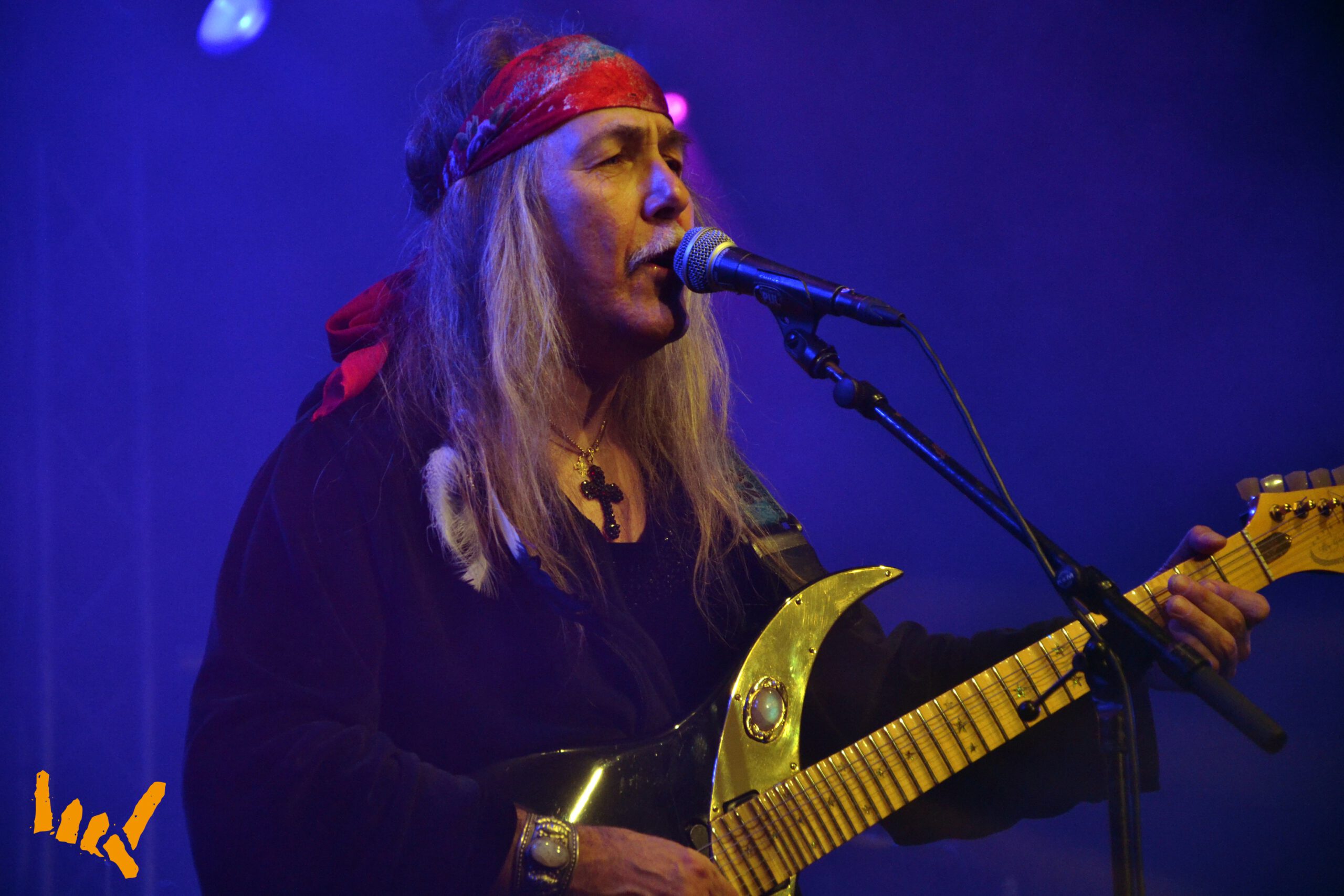 As part of the Scorpions Revisited Tour German guitar master Uli Jon Roth visited Uden today. The man who left the Scorpions after the very successful ‘Taken By Force’- tour in 1978 which was immortalized on the classic double live album ‘Tokyo Tapes’, because he wanted to be free again and didn’t care for success. Although maybe not as catchy as the hitsingles, the songs Roth wrote had a depth that was missing in the later songs. 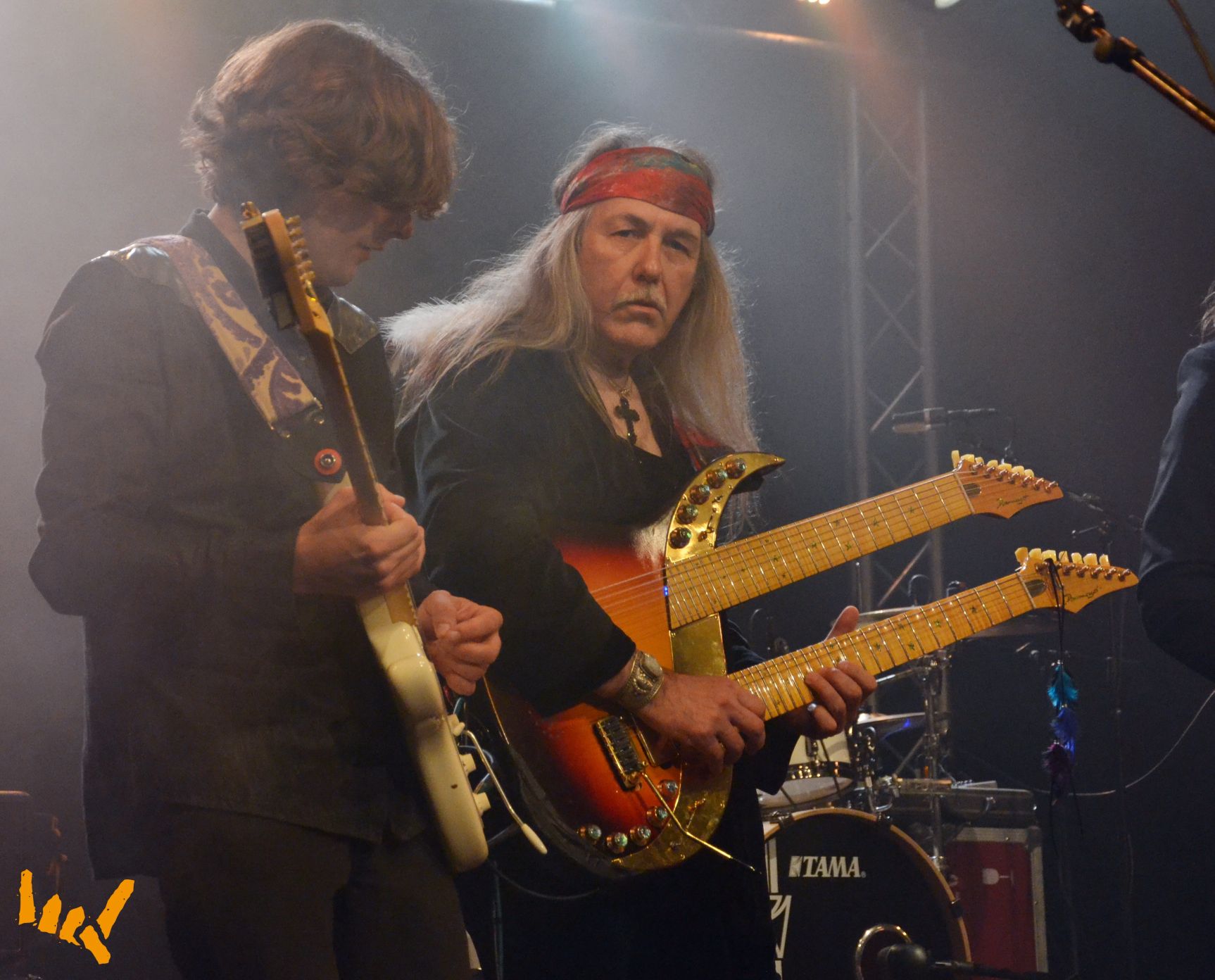 Earlier this year he released a double cd on which he performed the Scorpions songs he (co-)wrote the way he meant them to sound and on this tour he shows it live. With his inseparable signature Sky Guitar (single and double neck) he treats the audience on tasteful versions of classics like ,,We’ll Burn The Sky’’, ,,The Sails Of Charon’’, ,,I’ve Got To Be Free’’, ,,In Trance’’, ,,Pictured Life’’ and ,,Fly To The Rainbow’’ preceded by the beautiful ,,Air de Aranjuez’’ from the 2000 album ‘Trancendental Sky Guitar’. There is also room for ,,Firewind’’ from Electric Sun and ,,Starlight’’ from his symphonic album ‘Sky Of Avalon’ (2006) which shows to be pretty difficult to sing because Niklas Thurmann, like in a few other songs as well, just can’t reach the right notes but the guitarsound is beautiful. If you wanted to hear Scorpions songs to be performed as in the old days this was your place to be tonight. And yes, they do exist, aimable and modest guitarheroes, Uli Jon Roth is one of them, playing with emotion, stylish and never showing off. Unfortunately ‘De Pul’ wasn’t as packed as it should have been but the atmosphere and interaction with the audience was perfect. Respect!! 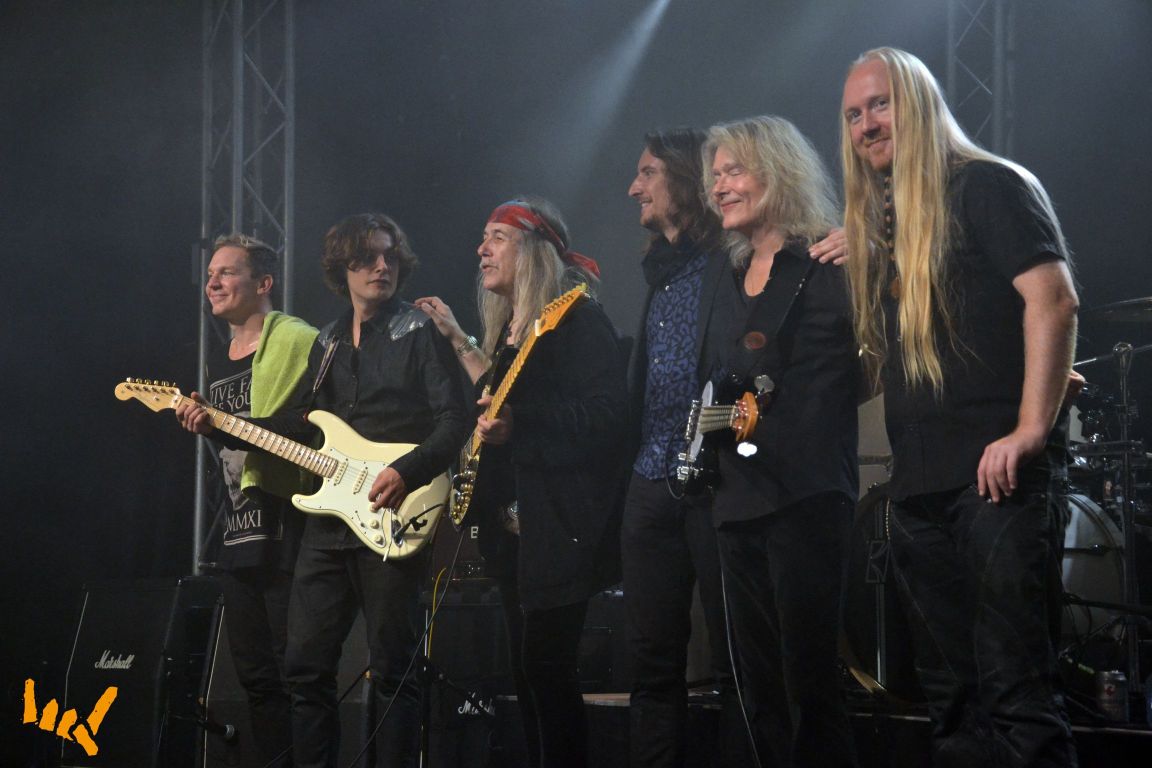