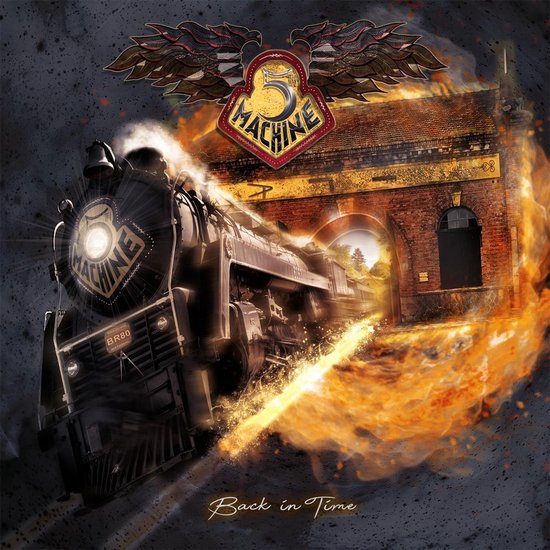 It has not been a complete joy having to sit through the debut album of the Brazilian melodic rock band 5th Machine. It has not been complete torture either but more often than I expected my eyebrows made a move trying to make it through the eleven songs on ‘Back In Time’. The band clearly has some good moments as the guitarists Guma and Tiago Fusco do produce some good riffs and in the song ,,Home’’ have some surprising leads and twin parts on offer but taking everything in account 5th Machine have been looking in the grand book of rock clichés and without shame borrowed some pages out of that. The total sound on ‘Back In Time’ is pretty acceptable but that also puts forward the big problem of the record as well. Singer Fabio Cabral is sounding quite dull and at stages extremely predictable. Especially on the track ,,The Song Of A Beggar’’ he drops the ball dramatically. To make a long story short: ‘Back In Time’ has a few acceptable moments and tracks but in general it seems to me that these boys still have got a lot of homework to do and should take a leaf out of the book of their countrymen Electric Mob who did impress with their first born.