ACCEPT – Too Mean To Die 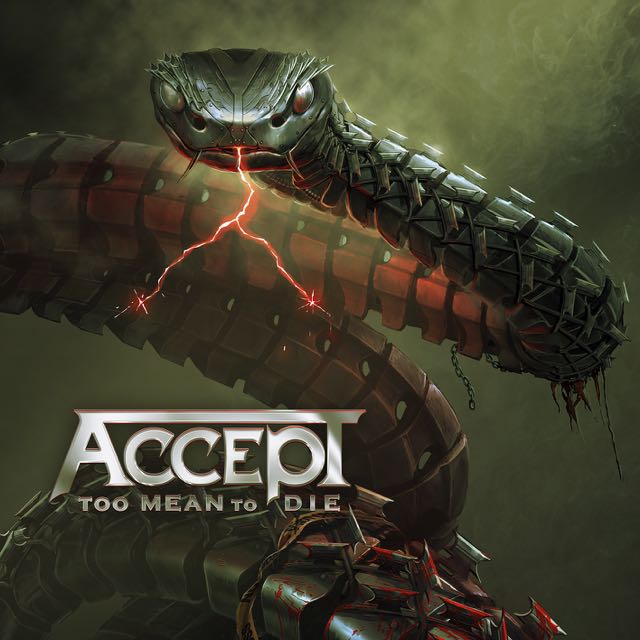 ACCEPT – Too Mean To Die

December 18, 2020 by Raymond Helebrand - More about our team

On January 15th 2021 the new release `Too Mean To Die’ of German based Heavy Metal institute Accept will be released. I had the privilege to listen & review it for HeadBangers LifeStyle.

First of all, what new to be said about a band like Accept that has been around since 1976!! And still is going strong.  Since Lead singer Mark Tornillo has taken place behind the microphone for 2010’s `Blood Of The Nations’,  the band has kind of a second youth. And although lead guitarist Wolf Hoffmann is the only remaining original member in the band on this record, the DNA in the sound of the songs is unmistakably Accept!!!
Not very surprising, because Hoffmann has been at the birth of the Accept sound as we know it, from classic records like 1982’s `Restless & Wild’ and 1983’s `Balls To The Wall’. Albums that have to be in the record collections of anyone who claims to be an enthusiast of the Heavy Metal genre.

Mister Tornillo has proven to be a solid factor in this latest resurrection of the band. His voice has almost the same trademarks as the ones of original lead vocalist Udo Dirkschneider. A strong, powerful, raspy voice that fits seamlessly within the Accept sound. The album opens strong with ,,Zombie Apocalypse”, that has a strong painkiller like vibe in the guitar riff.  A recognizable refrain that sticks to your brains and a solo with the trademark melodic sections of Hoffmann. ,,Too Mean To Die” is another up tempo rocker and ,,Overnight Sensation” exposes the more melodic sides of Accept, with easy on the ear vocal melodies. ,,No One Masters” is yet another up-tempo song, while ,,The Undertaker” starts off with a slow pace, only to transform into a mid tempo rocker we also know from classic Accept albums. Dragging guitars, big refrains that also stick to your brains. The only point of ‘criticism’ one can have is that this album delivers all the ingredients of a band that is around for more than 44 years. No new horizons are explored. But I think it is up to the fans to answer the question whether this is a good thing, or a bad thing. One thing is for sure, you will get a well produced, good sounding, new effort from this band, that deserves a spot in their very rich catalogue.
To me the most enjoyable songs on `Too Mean To Die’ are ,,Zombie Apocalypse”, ,,The Undertaker” and the oriental influenced instrumental last song on the record ,,Samson And Delilah”.  I think this is a great, well produced release and it sounds like a Swiss clock. The band has succeeded in writing a strong new album that can compete with some of the bands classics and other releases within the Heavy Metal genre.

Accept is far from out-dated. When you are a fan, this album is definitely a must add to your collection. Not only to have the collection complete, but for the fact that this is a relevant new Accept album that rocks!! And will absolutely be an addition to the live set of the band.