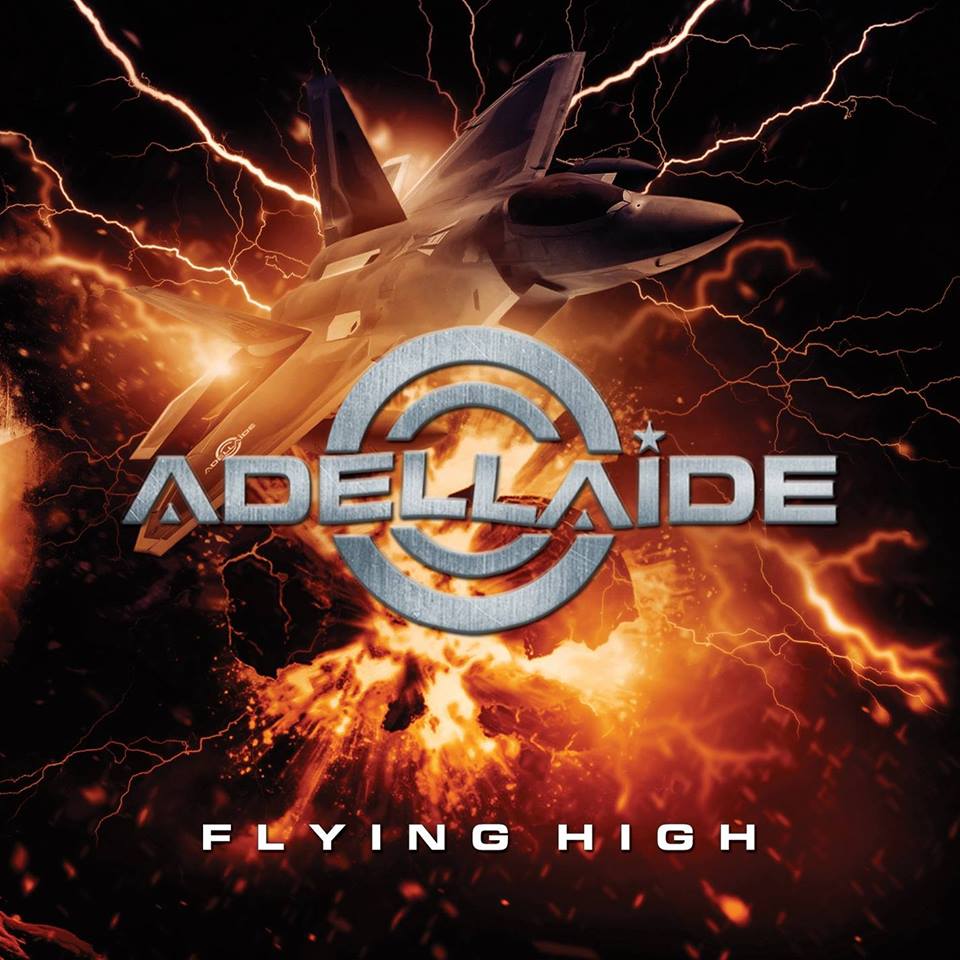 An AOR band hailing from Brazil, we do not see that every day do we? Adellaide was founded by singer Daniel Vargas (ex-Horyzon) and guitarist Ale Nammur. They added drummer Claudio Nammur, keyboardist Leandro Freitas and bassist Cadu Yamazaki to the line-up and recorded a three track EP that landed them a deal with Lion’s Pride Music. ‘Flying High’ counts eleven tracks that mix (let’s call it) old fashioned AOR and West Coast rock with more modern sounds as recently produced by bands like Work Of Art. Especially the vocals are quite outstanding on ‘Flying High’. And I mean with that not so much the way Daniel Vargas sings but more the choruses and the arrangements. It all fits accompanied by a modern rock sound, some outstanding guitar work and overall good compositions like ,,Caroline’’, a smooth rock song indeed. It is not that Adellaide is moving musical mountains on ‘Flying High’, they are not doing that at all but the whole CD is just comfortable to hear. It gives you a good and positive feeling without the band reaching incredible highs or something like that. It is just a nice record. Nothing more, nothing less.