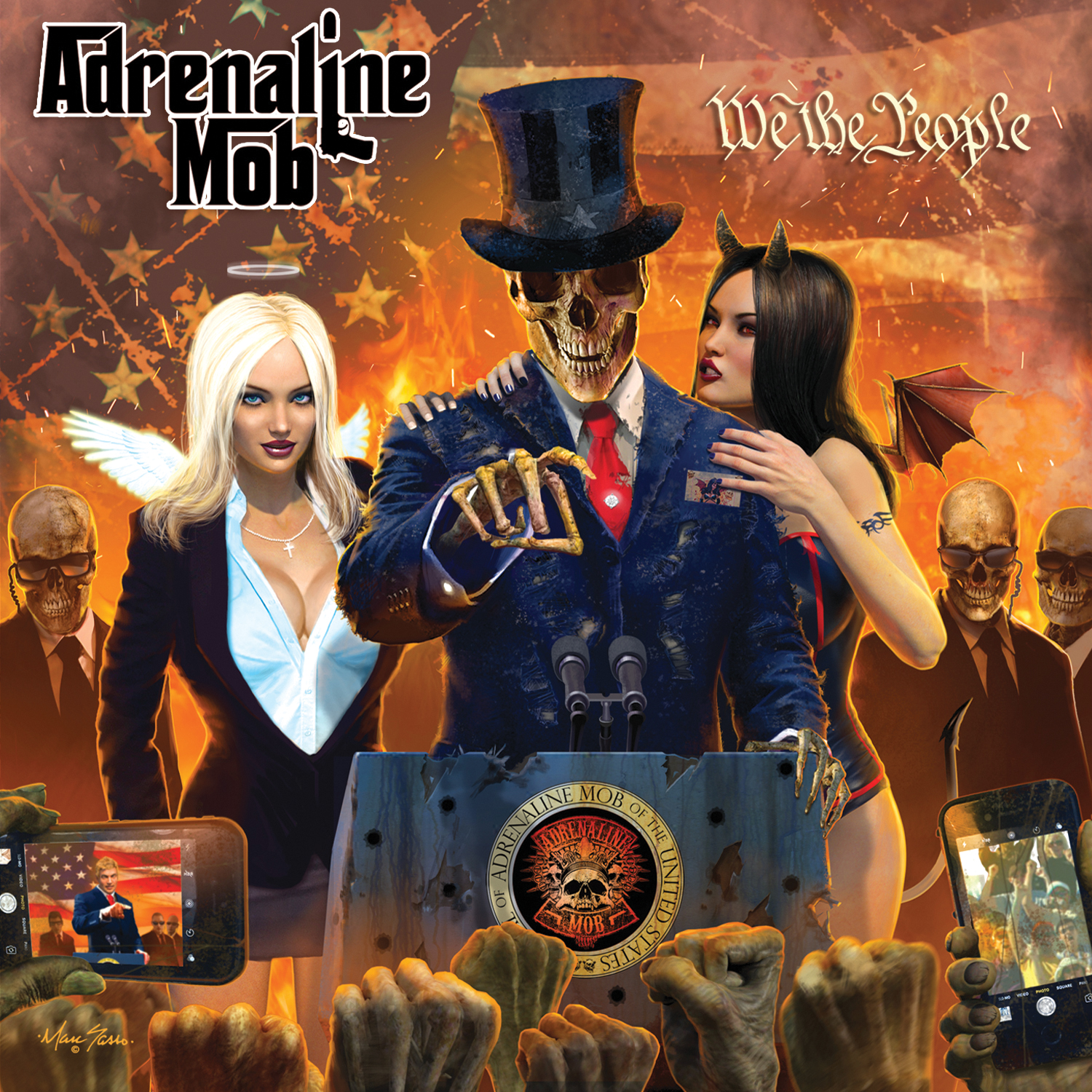 It has not been an easy time for Adrenaline Mob. Shortly after the release of the ‘Dearly Departed’ EP and while on tour with Drowning Pool drummer A.J. Pero died from a heart attack, casting doubts over the future of this group. After some time for mourning and concentrating on other things singer Russell Allen and guitarist Mike Orlando needed just a short text message between them to pick up where they left off and started writing songs for the third full album. In Jonathan Cannata they found a new skin beater and in David Zablidowski a new bass player while the elections for the new president of the United States formed the main inspiration for the lyrical content of ‘We The People’. On the record the band has a critical look at the things that happened around and in the race to the White House between Donald Trump and Hillary Clinton, a topic that is still popping up in the latest news journals and newspapers. An interesting way of writing lyrics I suppose, as elections always have an impact on the state of mind of people and on their wellbeing. Orlando (who owns his own studio) has written the music, did the production, engineering and mastering of the album. He has put everything he had into this CD, as did the other members and that results in an energetic and highly intense rock and metal album that combines brute riffs with skill full solos, Allen is in fine shape and as aggressive as hell, while Cannata and David ‘Z’ have formed a solid partnership indeed, leaving no stone unturned on the thirteen songs that will capture you by storm. My favourite is ,,Blind Leading The Blind’’ with great lyrics and lots of pure power. If you want your rock and metal with a huge shot of intensity, energy, classy musicianship and determination, ‘We The People’ will answer your prayers.