AFIRE-On The Road From Nowhere 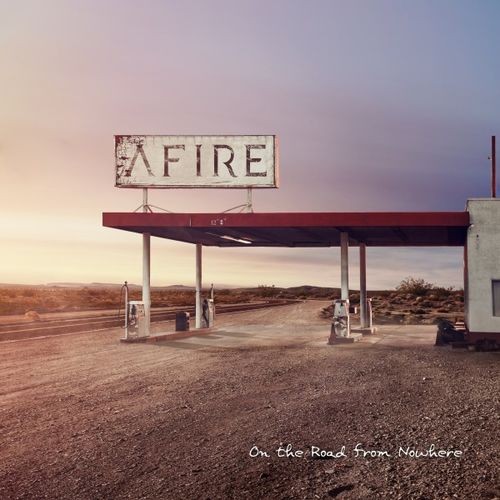 AFIRE-On The Road From Nowhere

Afire is a new band from Finland presenting their full-length debut release `On The Road From Nowhere’, following a self-titled debut EP, made available on most digital music platforms worldwide. The band consists of vocalist Suvi Hiltunen, guitar players Antti Leiviskä [PoisonBlack] & Sami Kukkohovi [Sentenced], and is completed with Harri Halonen [Impaled Nazarene] on bass and drummer Tarmo Kanerva [also PoisonBlack]. Only vocalist Suvi didn’t ring a bell, even though she appears to be a well-respected artist in her homeland with a few releases behind her name.

Especially impressive is the guitar work of Antti and Sami that really uplift the band’s songs to a higher level. An unexpected move is their swing towards this melodic rock style. But rest assured; they don’t steer clear off their past entirely. Though the tap a much more melodic vein, their raw power is unmistakably present all over this impressive full-length debut. Heavy riffs with high recognisability roll forward, boosted by a ponderous bass and drum interaction, all tracks have excellent momentum. The foundation is rock solid and provides a perfect first layer for the guitar tandem to lay their piercing riffs upon. Exquisite solos colour the songs brightly and the total package benefits from this musical craftsmanship. Suvi’s vocals are bright and clear, but lack real power and bite, though they fit the music at times. That power and edge are expected, as the vast majority of tracks don’t lack a kick and punch. Give ,,Strangers Again” a spin and you’ll be hooked on its melodic appeal, and the little progressive drum tweaks making it more experimental. With Suvi’s voice not being the first you would expect, it still works out okay, though the band would most definitely have benefitted from that rawer, more power breathing voice in the lower regions. The ear mingling melodies do benefit from her clear echoing voice, but it just doesn’t always line up with the darker and rawer edge of the music delivered. ,,Veiling the Tears” is another example of that lack of power. The attractive blonde simply doesn’t deliver at the same level as her band mates, unfortunately. The song’s guitars again fire on all engines with Suvi falling behind and dangling towards the false note. It misses the needed depth to lay down a more memorable performance. The musical framework is outstanding and hints greatness. The song listens like a version of Nightwish, stripped down from its bombast and theatrics, really raising my expectations towards the band’s possibilities for the future.
,,Rotten To The Core”, with its guitar work [as in general] being simply astonishing and wonderful, is really ruined by the refrain’s vocals. Quite a shame. That idea nests deeper in your head as the album progresses and more melodic gems are revealed. From the opening of the single ,,The One to Take The Fall” the band really delivers an excellent and interesting melodic cocktail that rocks vividly, with many memorable moments such as the slow paced ,,Let Me Be The One” and the intense ,,Tired Of Being Broken”, or the swinging ,,Nowhereland” with its ear mingling chorus.
The album’s closing ,,Forevermore” is another highlight, musically one of many.