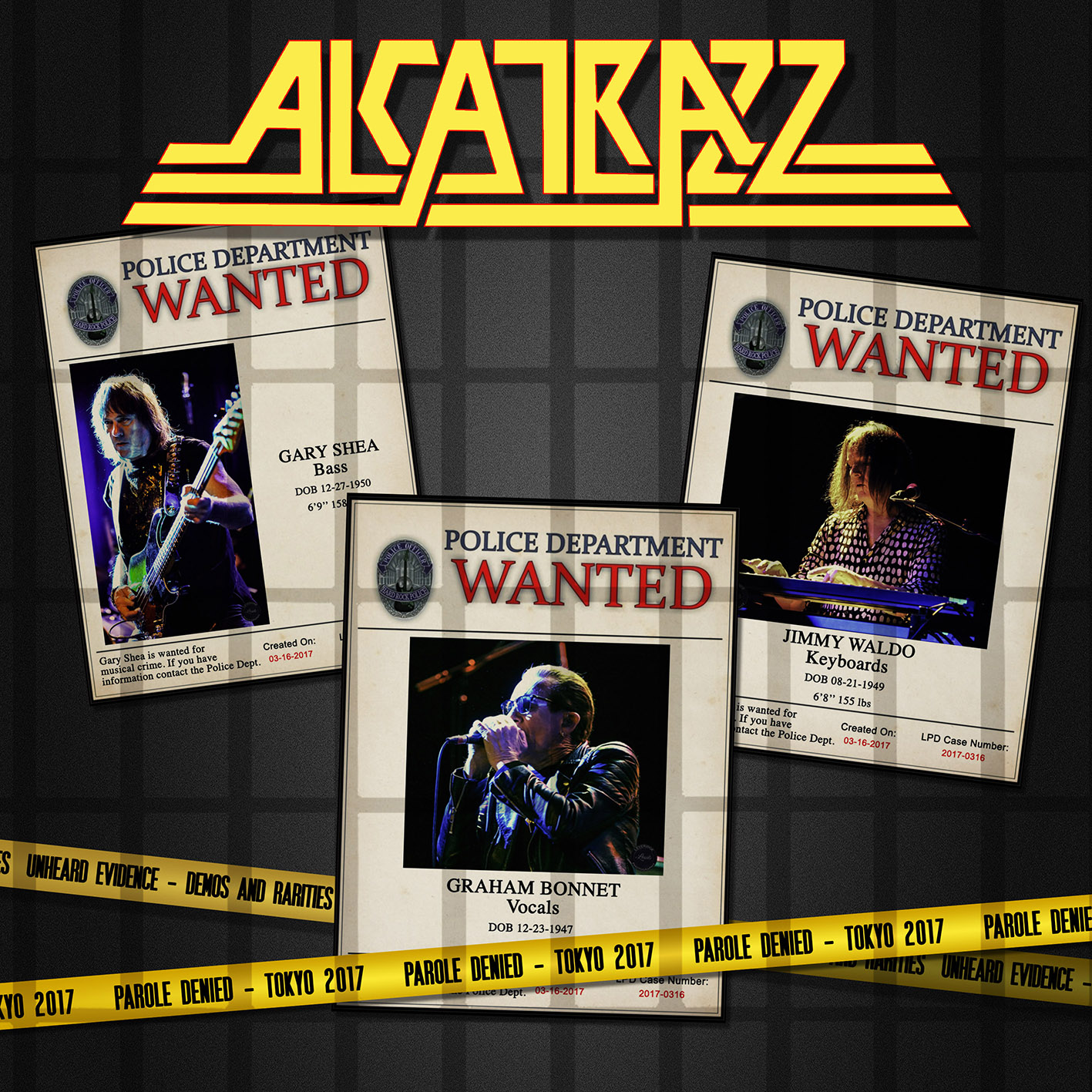 ‘Parole Denied’ is a 2CD-DVD from a concert of Alcatrazz [the band is famous for its guitar players like Malmsteen and Vai], recorded on a series of shows in Japan in March 2017. Alcatrazz 2017 consisted of founding members Graham Bonnet, Jimmy Waldo and Gary Shea and the band was completed with Mark Benquechea and Conrado Pesinato. The set list for this farewell performance featured 11 tracks for the DVD and 11 live songs and 8 studio demos for the double CD. The sound of the DVD is excellent and the band is really in good shape; even the vocals of Bonnet sound top notch and rather cool. The show kicks off with ,,Night Of The Shooting Star”, an Alcatrazz track from the album ‘Dangerous Games’, which saw the light way back in 1986. Highlights of this release are : ,,God Blessed Video”, ,,Island In The Sun” and ,,Skyfire”, although guitarist Pesinato does not really reach the high level of former Alcatrazz guitarists Vai and Malmsteen. But if you enjoy a trip down good old fashioned melodic hard rock lane then this DVD [and CDs] will certainly be to your liking; and again my advice: play it loud!!!!