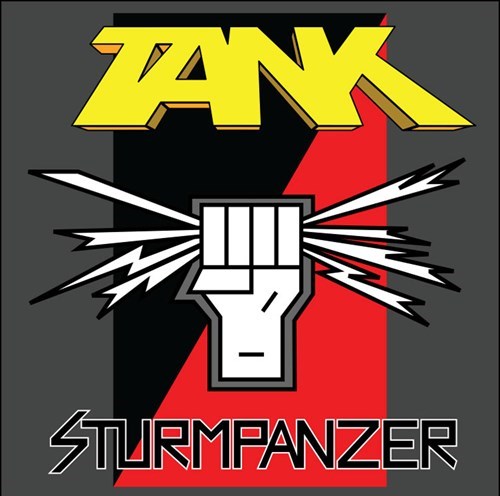 TANK is a well-known name from the NWOBHM period. Nowadays there are two versions. The first one is the Tucker/Evans Tank which last album was ‘Valley Of Tears’ from 2015 [which HBLS reviewed on this spot] and this ‘Sturmpanzer’ album is from the so called Algy Ward Tank. After ‘Breath Of The Pit’ [2013] this is the second sign of life from Mr. Ward. The man has done almost everything himself on this album which apparently has been in the making since 2006[!]. The music can be described as filthy dirty mean heavy metal with some punk influences in it. Mix some Discharge, Hellhammer and Motörhead and you have an idea of what to expect. There’s only one big problem with this album. It sounds shit. I can handle a lot, but this is an orchestrated attack on your ears. More than 56 minutes long it’s a torture. When I hear a production like this I really ask myself the question “why didn’t someone intervene in this process”? Even the cover version from Thin Lizzy’s ,,Little Darlin’” gets a new dimension on this ‘Sturmpanzer’ album, and it’s not a good one. Let’s just say a missed opportunity or a bridge too far. Your choice my dear readers!