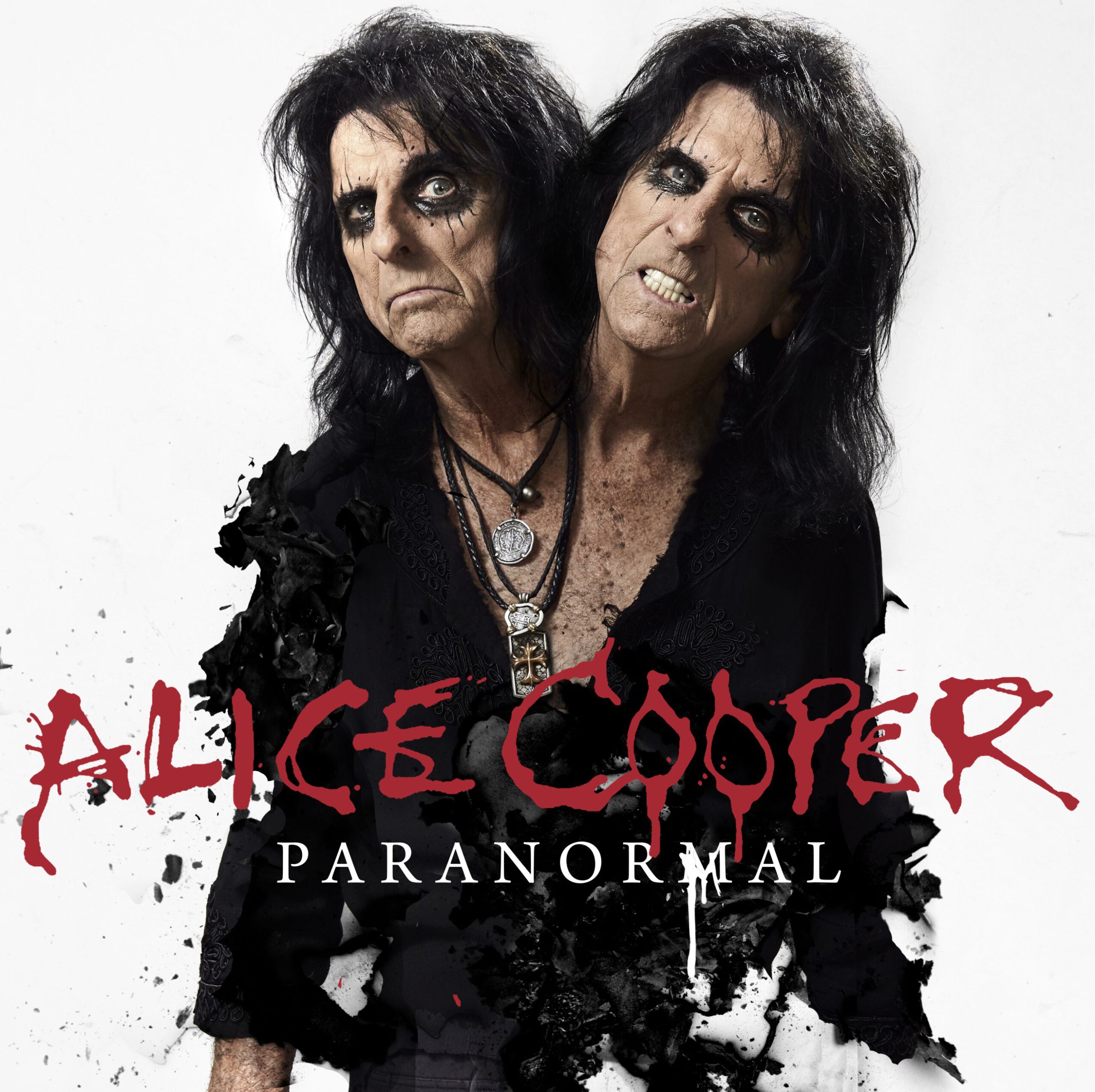 ‘Billion Dollar  Babies’ was the first rock album that I got and right after the first spin I was hooked on Alice Cooper, songs like ,,No More Mr.Nice Guy”, ,,Generation Landslide”, ,,Unfinished Sweet” and the title track got stuck in my mind forever. I immediately bought all other AC records and I have been doing so since then. I also had the luxury of talking to AC a couple of times and he really is a great guy and the last time I saw him live on stage was in Tilburg this year. Now mister shock rock releases his 27th album and it is called ‘Paranormal’. Main question of course is: “is it any good?” Well, I can tell you right from the start that ‘Paranormal’ is a classic, old school Alice Cooper album in the veins of ‘Killer’, ‘Billion Dollar Babies’ and ‘Welcome To My Nightmare’. The album is again produced by the amazing Bob Ezrin and maybe you have already heard the first single called ,,Paranoiac  Personality”, which is again a top notch AC song and even may become a new hit… ‘Paranormal’ can be “divided” into three parts: part one features 10 new songs, mainly written by Cooper, Ezrin, Tommy Henriksen and Tommy Denander, part 2 features two new studio recordings (,,Genuine American Girl” and ,,You And All Of Your Friends”) with the original Alice Cooper band, consisting of Dennis Dunaway (bass guitar), Neal Smith (drums) and Michael Bruce on guitar. Part 3 features 6 “old” live played AC songs, picked by Ezrin and Cooper, recorded in Columbus, Ohio on 6th May 2016. The live songs sound excellent and you can enjoy ,,No More Mr.Nice Guy”, ,,Under My Wheels”, ,,Billion Dollar Babies”, ,,Feed My Frankenstein”, ,,Only Women Bleed” and ,,School’s Out”; classic AC stuff played at its best. The 12 new songs are also classic old school AC stuff and my favorites are: ,,Fireball” (heavy), ,,Dynamite Road” (fast and heavy), ,,Rats” (punky) and ,,Genuine American Girl”, a soon to become AC hit! All new tracks have more than excellent guitar work and especially some of the guitar solos are really awesome, while AC’s voice still stands the test of time and shows no signs of decline. So, in other words, ‘Paranormal’ is a must have for AC fans, but also for lovers of good old melodic, iconic rock; check it out! Listening tip: ,,Dynamite Road”. I am looking forward to seeing AC in Tilburg again this year and then I can sing along with all his new songs hopefully… Love this new album to death!!