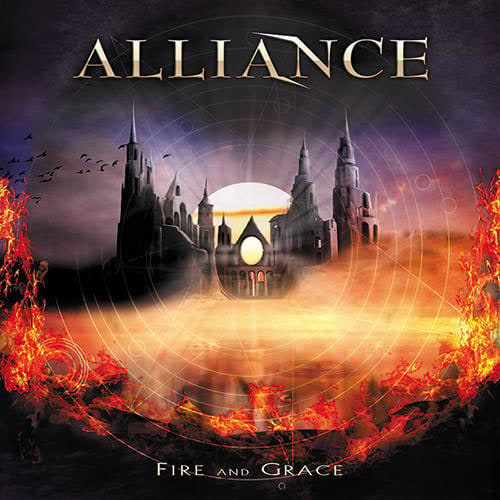 May 4, 2019 by Michel van de Moosdijk - More about our team
Alliance is a band that exists already for almost 30 years but for the involved musicians Alliance is first of all a hobby band that comes to life when singer/bass player/keyboardist Robert Berry, guitarist Gary Pihl and drummer David Lauser find time away from their main projects and bands. Alliance actually started when Sammy Hagar joined Van Halen leaving his band from that period (Lauser, Pihl and keyboardist Alan Fitzgerald) in a vacuum. The three wanted to continue together and it was rock guru John Kalodner who advised them to get Robert Berry as singer. The cooperation between the four musicians clicked and during the years albums like ‘Alliance’, ‘Missing Piece’, ‘Bond Of Union’, ‘Road To Heaven’ and ‘Destination Known’ (more a compilation album) saw the light of day. But Alliance was never a priority for the guys involved. Lauser still plays with Sammy Hagar, Pihl is since many years the second guitarist of Boston while Robert Berry worked most of the time on a solo career and in the Greg Kihn Band. More recently Pihl and Berry teamed up in the formation All 41 with Terry Brock), while Berry very recently delivered the 3.2 album ‘The Rules Have Changed’, a sort of continuation of the band 3 with Keith Emerson who died while he and Berry were trading ideas for the 3.2 project that Berry finished on his own. Not too sure what Alan Fitzgerald (ex-Night Ranger) is doing these days but he was not involved with the creation of ‘Fire And Grace’, a brand spanking new Alliance album. The twelve songs make clear that for especially Robert Berry his hard rocking attitude comes to the front. ‘Fire And Grace’ is a crafted melodic hard rock album where the three veterans show the younger generation how it is done. With melodic rock gems like ,,Fast Forward’’, ,,The Wheel’’, ,,Uncertain’’ (for me the best song on this CD), ,,Time’’, ,,Reason’’ and ,,Real Thing’’ these experienced musicians prove that they are still up there competing with the best. Robert Berry’s voice has only grown and is so incredibly good on this record. Take for instance ,,Uncertain’’, a song with a changing mood and superb guitar work from Pihl, it is on this track that Robert Berry is the perfect man for the vocal job. And listen to that cheeky bass guitar on this one. Hearing is believing people! It has been too long since we heard something from Alliance but with ‘Fire And Grace’ the group makes an overwhelming return to the melodic hard rock business with a faultless effort. The album title could not be more precise as ‘Fire And Grace’ go hand in hand on this record. Must hear album for melodic rock fans!
#hbls #headbangerslifestyle #awayoflife #alliance
Share article