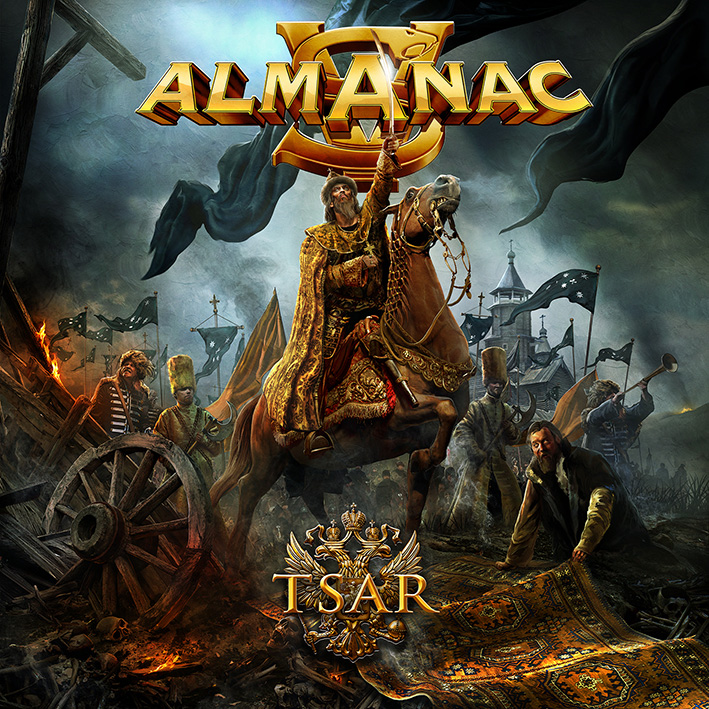 For years Guitarist Victor Smolski has been an important part of the band Rage, but now he has launched his own symphonic metal project called Almanac. When I saw that David Readman (Pink Cream 69, Voodoo Circle) was one of the singers I bought the limited edition without even thinking. Readman is in my eyes a great singer and he does the job on this concept album together with two other singers, Andy B Franck (Brainstorm) and female Jeannette Manchewka (her role on this CD is more background singer although she performs lead vocals as well). The story is about Ivan IV Vasilyevich, better known as Ivan The Terrible. He proclaimed himself as the first Tsar of Russia from 1547 until his death in 1584. Nice to know all this but the music is what it is about here. Smolkski has put a lot of thought and effort in the songs. There are just a few tracks that clock under five minutes, the rest are long carefully structured tracks. If you like Avantasia and Masterplan I think you will appreciate Almanac. But Almanac is a lot heavier and more metal minded than the bands I just mentioned. The voices of Readman and Franck mix perfectly well together, the vocal arrangements are from time to time great and Smolski’s guitar parts are really cool. Sure, there are enough symphonic elements present in the music, but for me the metal ingredients play a much bigger part and that makes the album more interesting. The DVD that goes with the ltd edition has a documentary ‘Making Of Tsar’, a video clip of the track Self-Blinded Eyes and some live elements as well. Smolski (who also produced the record) can be proud of this astonishing project. It is a true achievement!