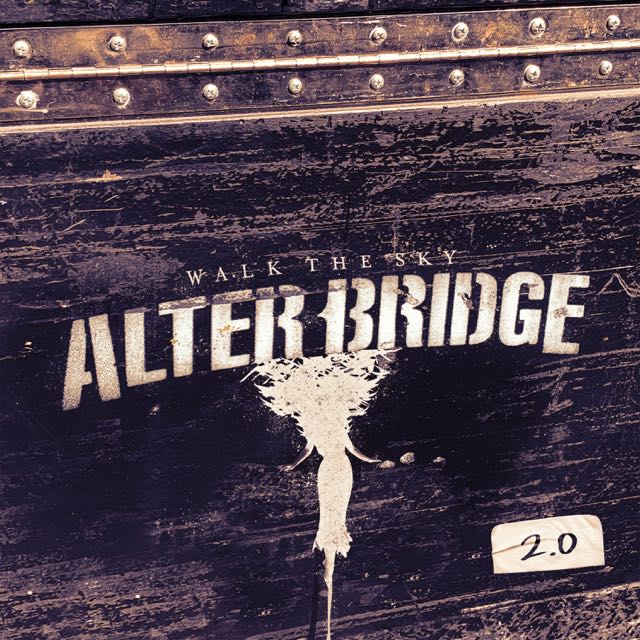 Just about a year ago, Alter Bridge released their sixth studio album called ‘Walk The Sky’. With immediate hit songs like ,,Wouldn’t You Rather”, ,,Godspeed” and ,,Native Son”, the four guys went straight on tour to dominate every stage they entered. The fourteen songs and over sixty minutes of playtime were another big step in the career of Alter Bridge. Heavier than ever, more melodic than ever….the Kennedy-Tremonti-Marshall-Philipps monster is growing and growing and seems to be unstoppable….unless this bloody pandemic hit the world and kicked them off the road of touring.

Fast forward, a year later, the world still on pause, we get an amazing little extra called ‘Walk The Sky 2.0’. First of all it contains a so far unreleased track called ,,Last Rites”, which is one of the heaviest songs ever heard from the band, a riff monster between Mark Tremonti and Myles Kennedy. But main core of the seven track EP, which is available as a standalone product but also in combination with the main album, are six live versions of songs from `Walk The Sky’. These records are the perfect proof that Alter Bridge are one of the best bands on the planet right now. Still in certain areas and countries a bit under the radar, the band is meant to be on stage and you can clearly hear that on this EP. As a fan, you definitely need to add this gem to your collection. As a newbie, you rather get both `Walk The Sky’ and `Walk The Sky 2.0′ in combination….. and for sure attend a live show in the future….when hopefully touring will be possible again.