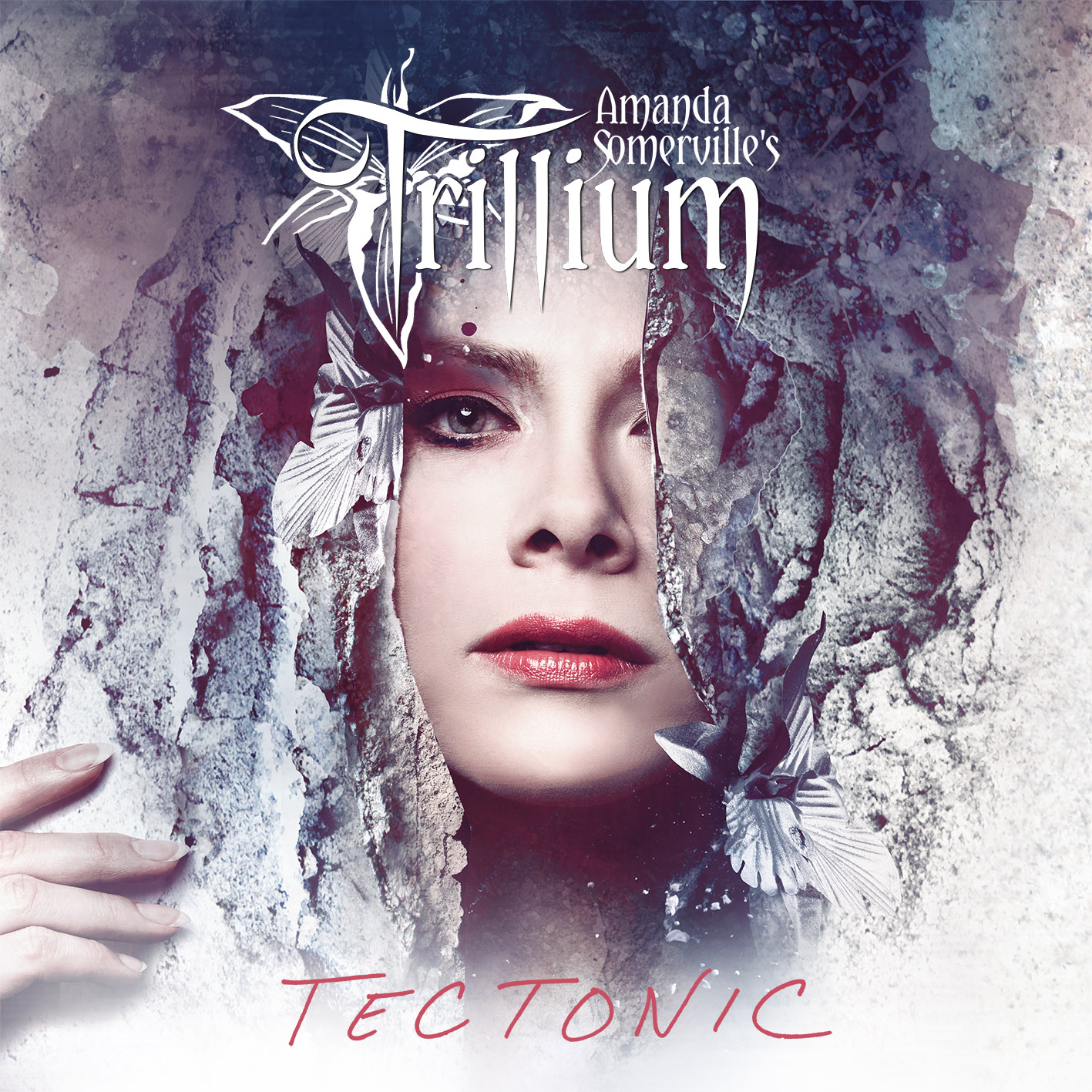 It took singer Amanda Somerville and her now husband Sander Gommans (After Forever) some seven years to come up with a new Trillium album (debut ‘Alloy’ came out in 2011). Obviously in that time Amanda was involved in others projects like for instance Avantasia, Aina, HDK and more recently Exit Eden and she and Sander also concentrated on raising a family. With Trillium Amanda taps into her more heavy side together with Sander as co-writer, guitarist, bass player and co-producer. Further assistance was provided by Erik van Ittersum (keyboards) and drummer Andre Borgman and also guitarist Paul Owsinski and bass player Mark Burnash participated. If you are familiar with some of the past achievements of Amanda you will know that this lady can sing and has an enormous amount of variation in her voice, being able to sound like an angel but not much later just belting it out with power and force. With Trillium the music is slightly heavier but there is still a lot of space for melody, symphonic and progressive rock, a touch of AOR and metal of course. The Trillium song material offers Amanda the chance to fully exploit all aspects in her voice, in some tracks giving the music a more melodramatic character as well. For me the song ,,Nocturna’’ sums up perfectly what ‘Tectonic’ is all about. Several above mentioned elements are being combined to the max here: the instrumentation is more metal minded but Amanda colours the song with her widespread vocal range making the track a real cool song to hear. The variation of sounds and interesting arrangements on ‘Tectonic’ is quite enormous. ,,Fatal Mistake’’ for instance sounds bombastic in some parts, metal in the instrumentation again while the singing again is just outstanding. In this song you can hear that Amanda has an opera background. ‘Tectonic’ is a record that will need a bit of time before the penny drops. There is so much variation in all aspects of the record, still the basic layer of it all is metal based. Because of her past adventures and the fact that Sander Gommans is the main man of After Forever you should have some sort of an idea what kind of music you can expect on ‘Tectonic’. Yes, some of those key elements are there but there is so much more to discover. ‘Tectonic’ is like an adventurous journey with familiar features.

You can read a beauty & lifestyle interview with Amanda here