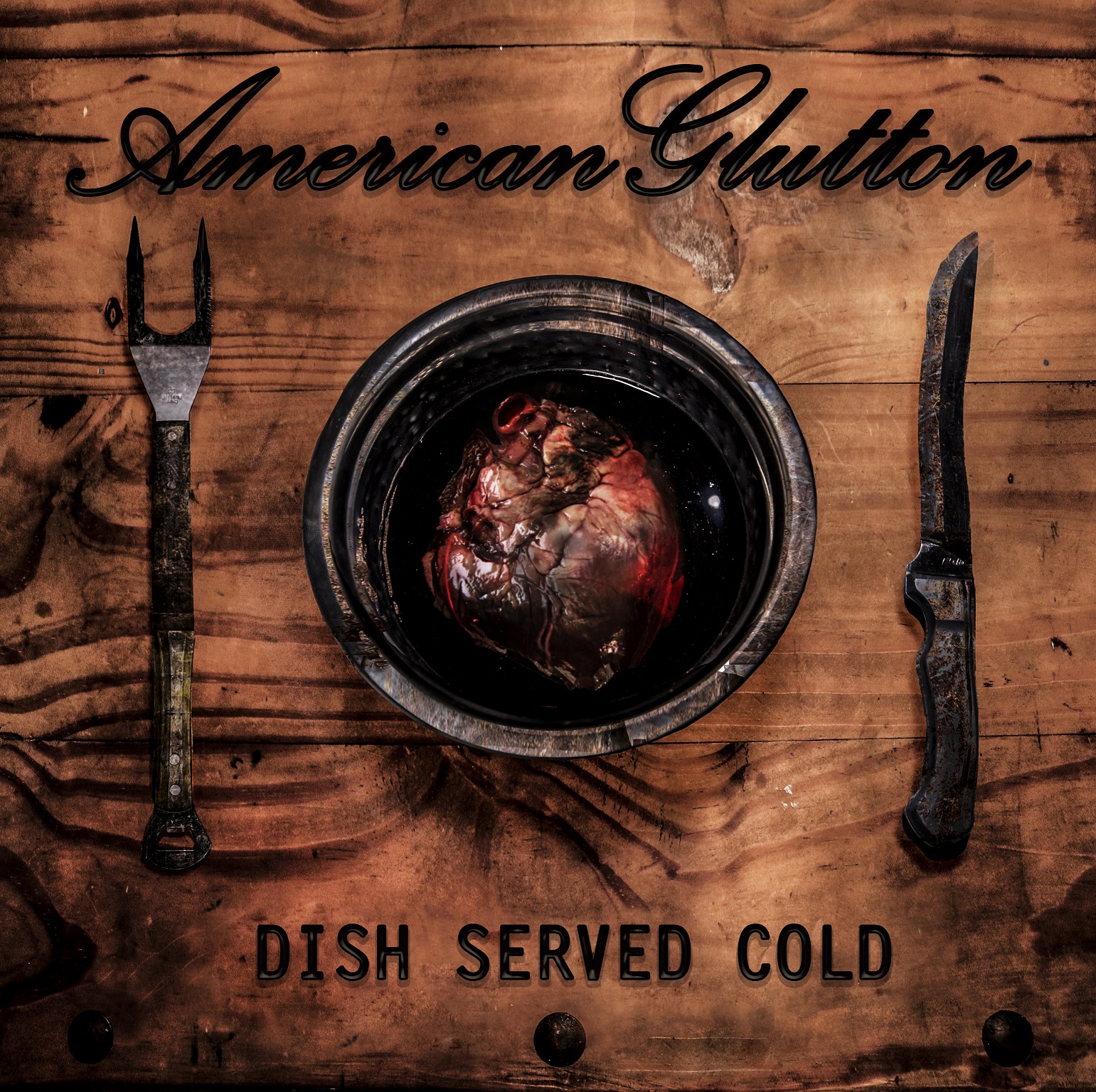 A few months ago this web magazine published a review of the Raven Cain album ‘Oblivious’, where singer/composer Raven Cain served up an elegant mix between southern rock, heavy rock and acoustic songs of which some had a tiny country flavour. A quite entertaining album by a man that at that time had another band up his sleeve listening to the name American Glutton. With Raven Cain on vocals the band exists of Tommy Harrison on guitar and Dani Harrison on bass. For concerts the band has recruited a drummer. The band is based in Jacksonville, Florida, more or less the home of southern rock as bands like Lynyrd Skynyrd, Molly Hatchet and Blackfoot were born and raised there. But American Glutton does not play that style of rock. On their first ever 5 track EP the trio comes up with solid compositions that are full of variety. Take for instance the ballad ,,Empty Eyes’’ that is quite dark and has intriguing vocals from Raven Cain and a tasteful solo from Tim Harrison. ,,My War’’ is based around a crunching metal riff while first song ,,Mr Strange’’ is also based around an extremely strong bass and guitar riff plus again a blistering solo. American Glutton produces in a certain way modern metal but the strange thing is that the classic metal influences are also dripping from the overall performance. As a first calling card ‘Dish Served Cold’ has aroused my appetite to hear more from this band in the near future.