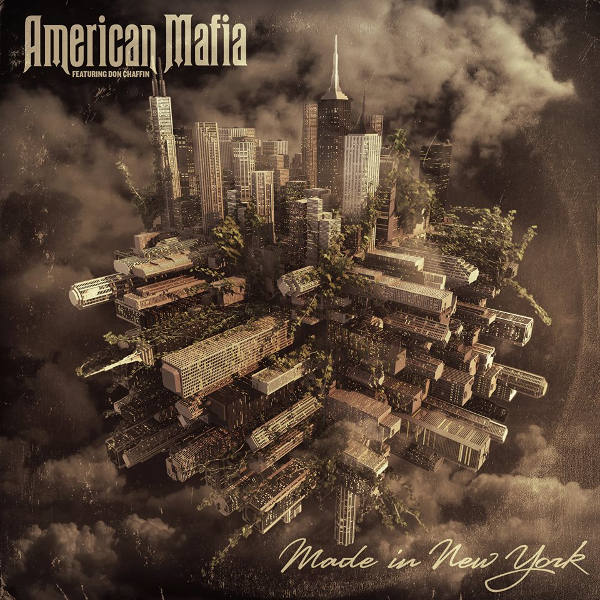 American Mafia started out under the moniker Holy Water but after their singer committed suicide bassist Freddy Vilano and guitarist Tom Jude decided to ditch the name in favour of American Mafia and start over again. This New York based formation released their first CD ‘Rock n’ Roll Hit Machine’ in 2014 and at that time did not have a steady singer. So they invited several vocalists like for instance John West (Artension/Royal Hunt), Mike Dimeo (Riot/Masterplan), Jimmy Kunes (Cactus) and Don Chaffin (Vox) to play a guest role giving them the freedom to write their own melody lines and lyrics. That plan did have some effect as the CD was actually quite good. But in the meantime the band has appointed a steady vocalist in the person of Chaffin and recorded a five track EP that is filled with excellent classic and melodic heavy rock, reminding the listener of bands like for instance Tesla and other classic rock acts. The tracks ,,Superstar’’, ,,Gistified’’, ,,Ride On Through’’, ,,Lead The Way’’ and ,,When London Sleeps’’ may not be sounding very ‘new and/or hip’ but are damn fine songs, played with panache and sung by a singer that sounds gutsy and powerful. A very pleasant experience indeed.