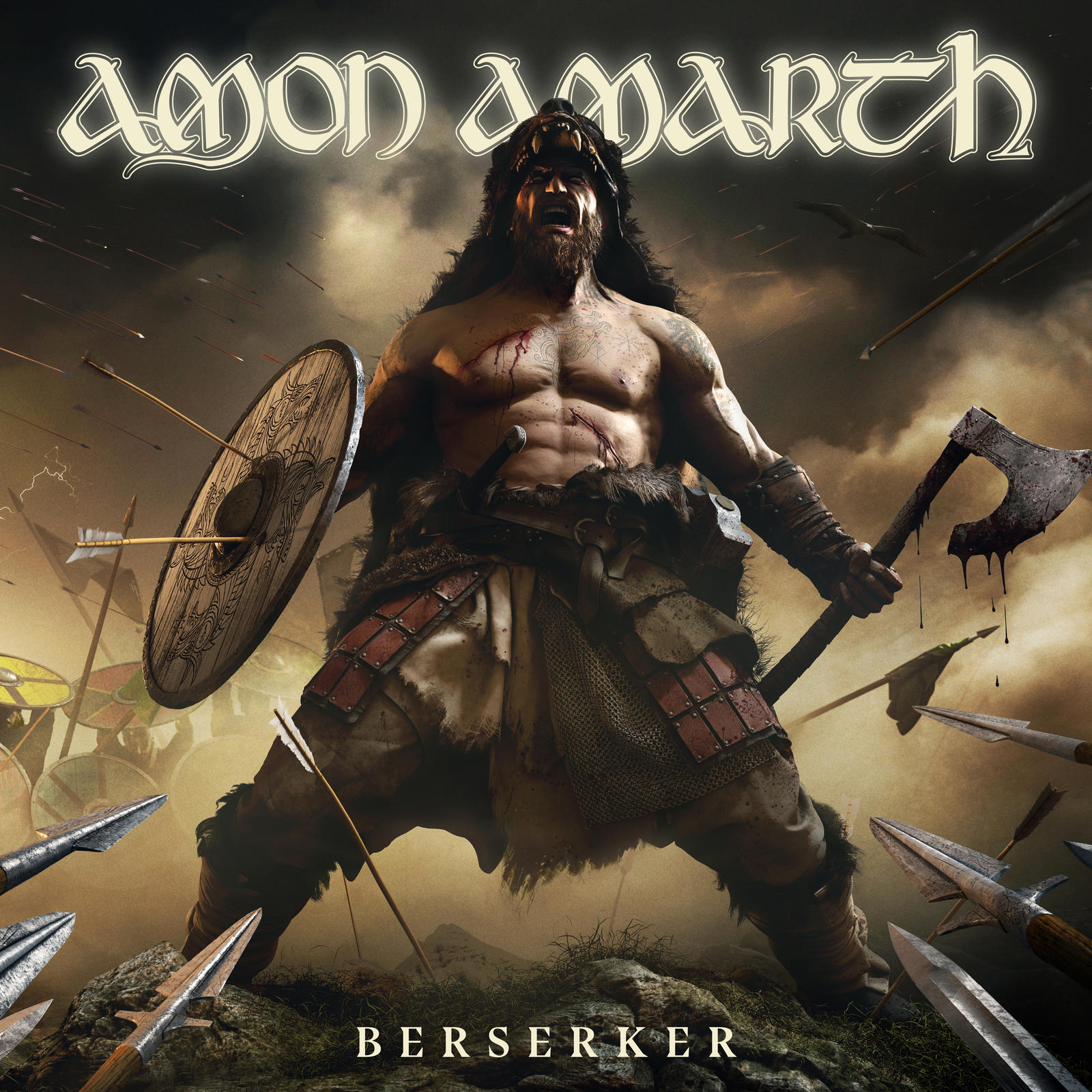 Over 25 years it took to make the unimaginable become reality. Erupting from the darkest and most dense clubs Amon Amarth took their epic Viking Metal to the world’s biggest and most prestigious stages. From support act to headliner in little over 2 decades, the band managed to lay their fist pumping iron clad onto the metal community. Filling the headline slots at festivals and be a flag bearer for the scene comes with a significant price. The new ‘Berserker’ album already sees wide spread disappointment brooding within the scene.

But by all means; it is Amon Amarth!
The band managed to establish their name firmly and appeal to a wide varied audience of metalheads. Their Viking metal is epic and loud, as well as melodic and catchy. This symbioses of brutal force and recognizable and easily nesting melodic choruses, together with the rip roaring blunt roars from Johan Hegg, are exactly what makes them carry the torch for future generations of metalbands. ‘Berserker’ is covering the band’s entire spectrum and doesn’t fall short. Better produced, more transparent, sonically packed to the max and brutally vibrant, it adds to the band’s status. It all adds up, even though many might frown as they don’t delve deeper or explore a more experimental path. This is Amon Amarth as it was intended and we have to settle with that.
The wall of sound is impressive and with the guitars brought to the front of the mix it all is more electrifying fierce. Close harmony riffing and soloing exquisitely synced in tone push the tracks forward over a thunderous double bass blasting and throbbing bass lines. Hegg again grunts his men to great heights. His voice hasn’t weathered over the decades and he seems to have no issues to keep his deep growls in place. Impressive how he storms forward on this new album, adding to the blunt force of the songs. Its powerful and full frontal without lacking the typical catchiness the band has made their second nature. With chugging deep verses and alluring choruses they deliver hymn after hymn on ‘Berserker’. The chants are luring to sing along to and the choruses nest on the spot. It all fits the band’s catalogue adding more memorable classics to their playlist. ,,Wings Of Eagles” and ,,Fafnir’s Gold” are epic hymns to raise the horns to. It emphasizes the band’s driving force with Olavi Mikkonen and Johan Söderberg dropping some of the most memorable riffs and hooks of their career. Close harmony they pull up a wall of sound unloading in piercing and extravagant solos that never wander off in shred direction. The solos simply add up to the overall sturdiness of the tracks. Thundering forward, ,,The Berserker At Stamford Bridge” is simply sublime, being an impressive creeping growled epic tale of the Viking berserker holding of an entire British battalion at the Stamford Bridge, slaying over 70 English soldiers. Tracks like the glorious ,,Hammer Of Thor”, ,,Mjölnir” and the impressive ,,Shield Wall” easily fit the setlist of classics. It is 60 minutes of Viking metal mayhem unloading with tremendous power and poise. With previously mentioned ,,Wings Of Eagles” and ,,Into The Dark” being nested in the tail of ‘Berserker’ they also manage to make the album go out with eponymous power, slightly taking the focus from the predictability of the second half of ‘Berserker’.

‘Berserker’ is an impressive and bold album chockfull of blistering melodic Viking hymns that can set Wacken, BYH, Fortarock and likewise metal festivals ablaze. Though critics are right with Amon Amarth preferring to walk the paved paths of their past rather then exploring their musical horizon, it also has to be mentioned the band stays loyal to their classic sound without making it die out dated. Much like Iron Maiden, Amon Amarth is not pushing their boundaries.
Personally I wished for a more explorative album…