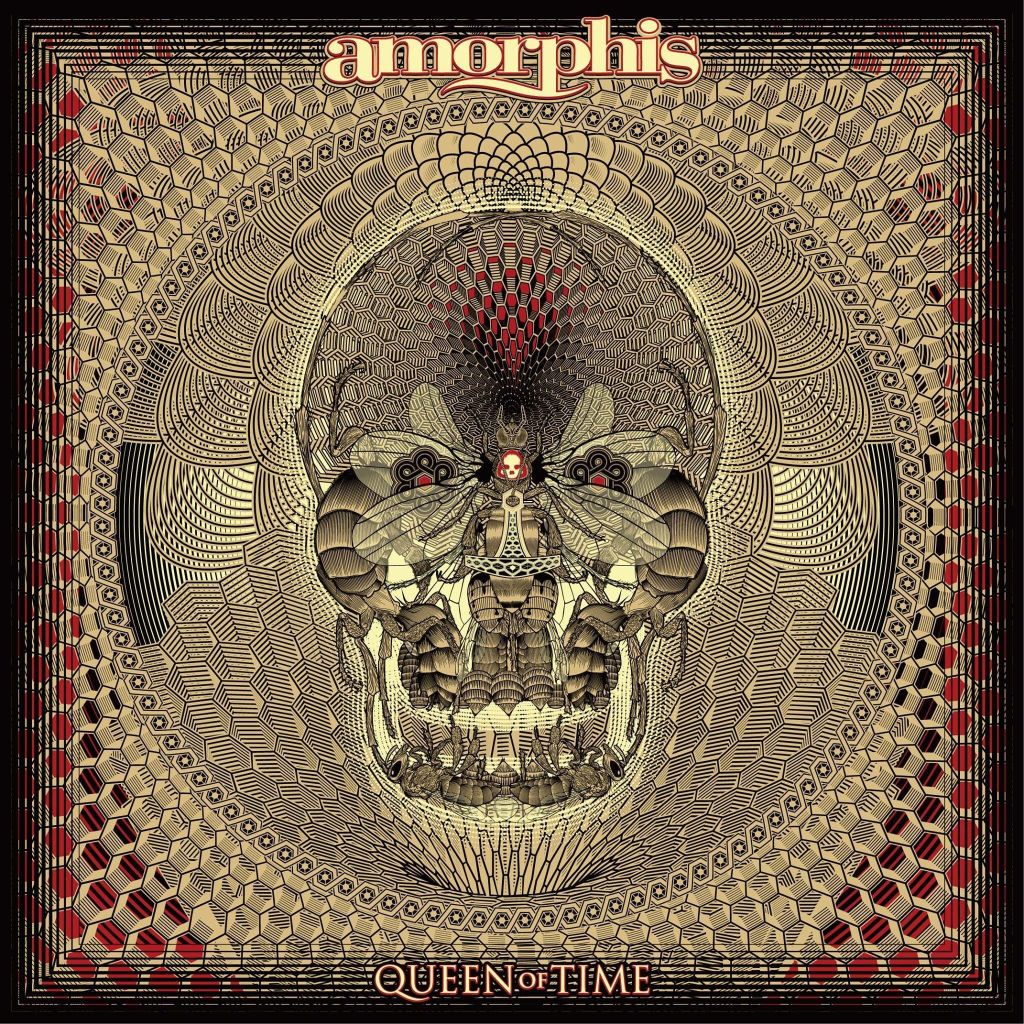 I don’t think I have to introduce Amorphis to you metal heads out there. „Black Winter Day’’ of the 1994 album `Tales From The Thousend Lakes’ is a classic that defined a whole genre. Followed by the masterpiece `Elegy’ in 1996, the Finnish band conquered the world with a high level of success. Even though the band already had a major change on vocals between `Tales…’ and `Elegy’, the most significant change has been made after the departure of singer Pasi Koskinen in 2004 and with the arrival of vocal monster Tomi Joutsen. Tomi brought the perfect mix of both worlds into the band and leveraged Amorphis to a much higher level. `Eclipse’ was the first album featuring Tomi and it became the band’s first number one album in Finland. Since then Amorphis is now releasing album number seven with the „new“ singer already. It is without a doubt, `Queen Of Time‘ is playing in the same league as the previous albums and will be for sure another number one album. Especially for me, since they added a guest voice to the album on the track ,,Amongst Stars’’. What can go wrong if you have Anneke van Giersbergen on your album? Exactly…. nothing. `Queen Of Time’ will quickly turn into `Queen Of Timeless’ and will remain in the hearts of every Amorphis fan, no matter if old or new.