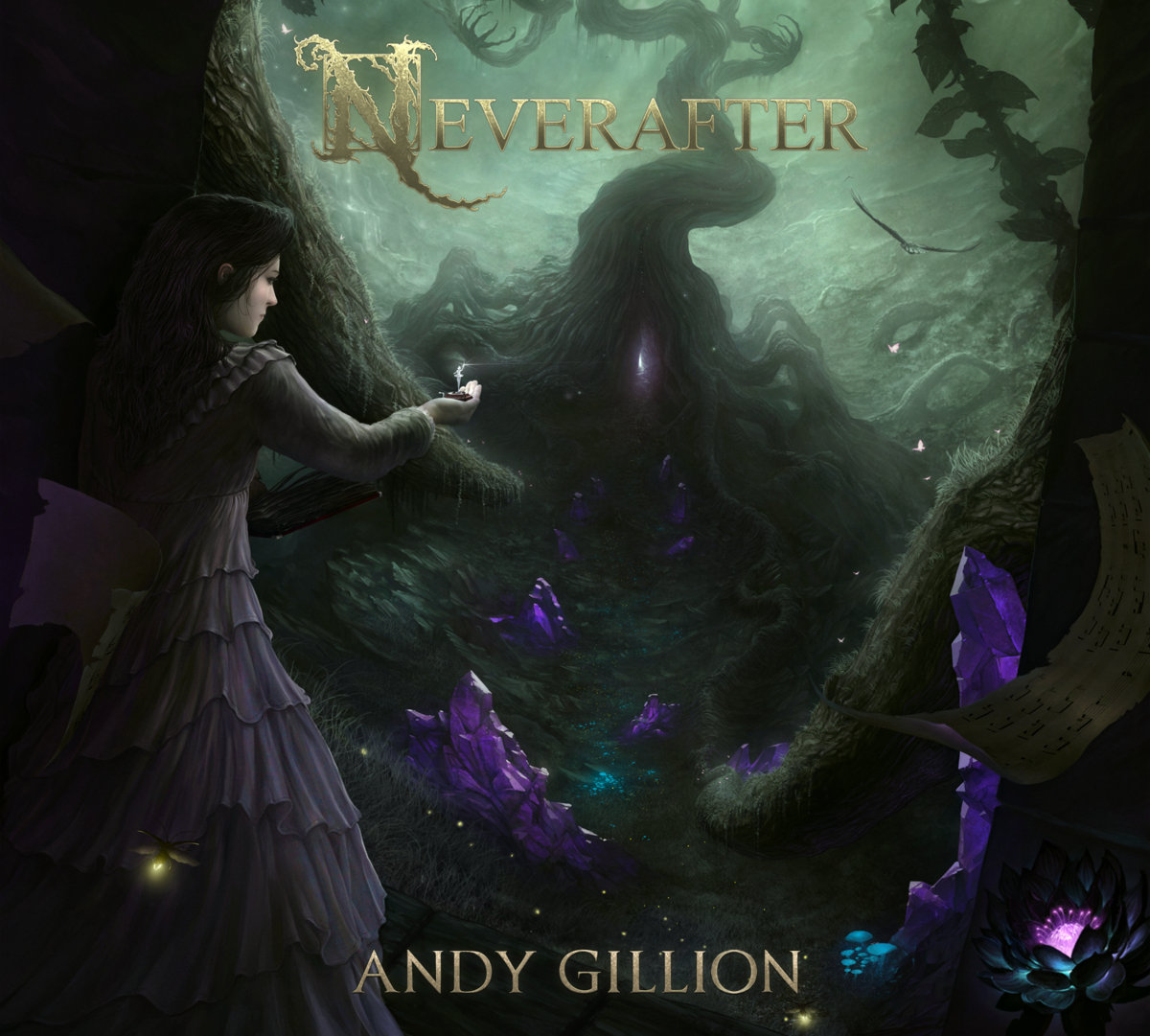 British born guitarist Andy Gillion nowadays operates from the state of Victoria in Australia. For the last eight years or so he has been a member of the Finnish melodic death metal outfit Mors Principium Est with whom Andy has made three albums so far. ‘Neverafter’ is in a way a different cup of tea all together. Except for one song this is an instrumental CD with a concept as well. The CD is divided in eleven chapters and it tells the story of the girl Aria who makes a journey through a dream world searching for resolution after the passing of her mother who left her a music box that after her mother’s death has not produced a sound anymore. Aria is looking for the melody of the music box and that story/search is basically told on this album. ‘Neverafter’ is probably one the best instrumental albums I have encountered in a long time. It is a combination of different styles, various mood swings and lots of blistering guitar work by Gillion who for the occasion got some input from Arch Enemy guitarist Jeff Loomis and was able to count on the thundering and sometimes rapid drum sound provided by 66Samus who you might know from Decrepit Birth. Variety galore on ‘Neverafter’, that is a fact that can’t be denied. At moments you are thinking you are listening to a dreamy and classic piano driven passage that could have been provided by Chopin or Mozart. These classical moments go hand in hand with blistering guitars, sometimes ultrafast drums and a fierce tempo. This sounds at times like an album that a certain Yngwie Malmsteen would have liked to record but never did. Gillion does it with so much style, finesse and power that ‘Neverafter’ has become a wild yet melodic ride where classic meets metal in a peculiar but fascinating manner indeed. The song ,,Skyless’’ tells the whole musical story in a nutshell. On this track the mix between classic music and relentless metal is being played out to the very maximum. A very spectacular, intense and deep CD, with songs that have a clear theme. It is at times not easy to digest but the more I hear this CD the more it manages to hold me in a grip. As Andy Gillion released this CD by himself (I believe the CD is out in Japan) it might pay to look at his website for purchasing details. That is what I did and within three days of ordering the CD landed on my doormat. So sometimes it is an advantage to live Down Under.