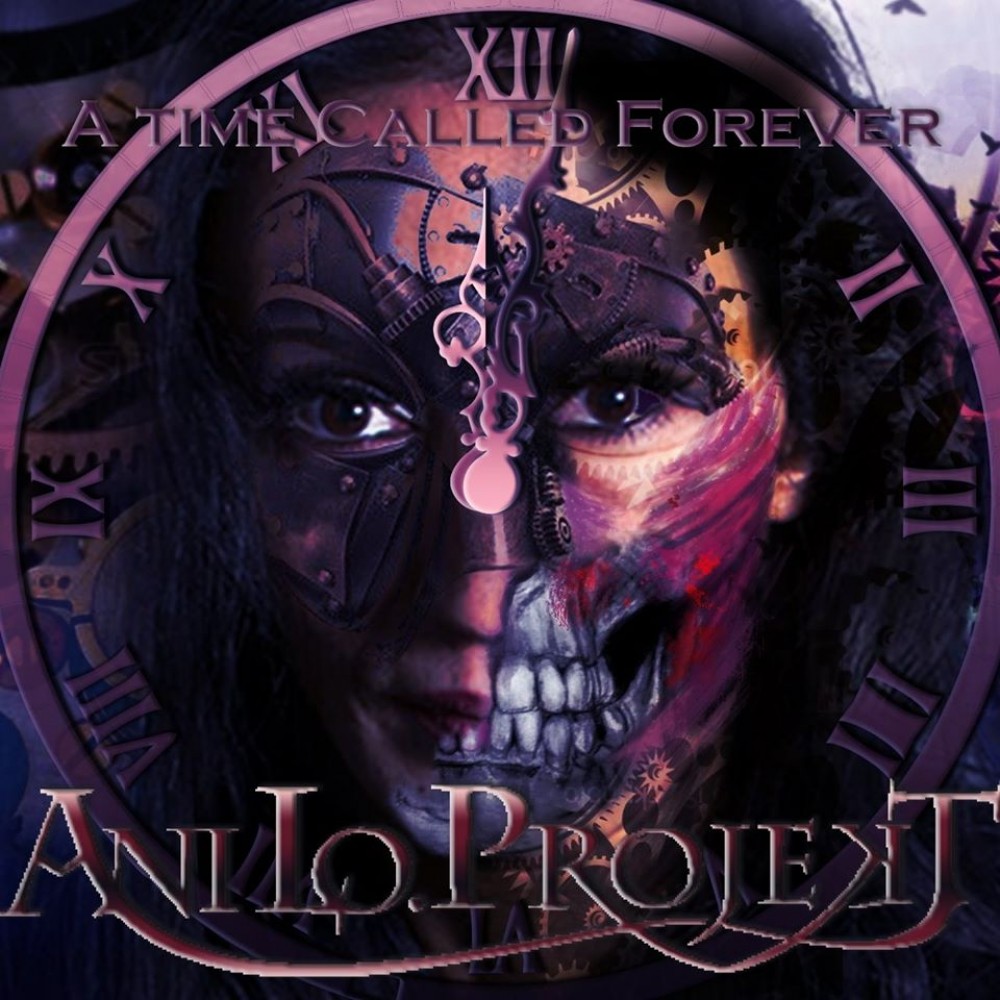 I didn’t know of the existence of Ani Lo. Projekt prior to this release hitting my desk. With top shelf releases of Nightwish and Ad Infinitum frequently hitting my playlist I am maxed out in acceptance of the genre, and thus Ani Lo. Projekt passed me by. Having a teen in the house working on my desktop I was introduced to the band. Spinning the new album I was flabbergasted by the excellence of the tracks and the vocal performance of Ani Lozanova. Intrigued by the first 2 tracks I gave it a quick spin and I simply can’t pass on sharing my findings.

Though some of the tracks float in the symphonic epic metal genre in which so many female fronted acts delve, Ani Lo. Projekt surpasses the genre specific elements constantly. Her band consists of multi-instrumentalist Jens Faber and powerhouse prog drummer Konstantin Dinev. With the assistance of Markus Teske (Vanden Plas) Ani went into the studios to record this fourth offering. Storming into the arena with the ,,Painkiller” fused drum rolls ,,Break The Chains” immediately makes clear this is a metal band rather than a theatrical sympho band. Lozanova has an extremely wide range with an intense low and spinechillin’ powerful overhaul. She belts an impressive job as a brilliant power metal vocalist, and rarely displays her operatic voice with pristine echoing panache and high pitches. When she pitches, like on the video release title track, she sounds more reminiscent to Halford than Epica’s Simons. If I have to draw a comparison at all!
It is one of the focal points and lifesavers of the album. With her impressive pipes she opens the band to a wide range of opportunities. Musically the `A Time Called Forever’ flourishes with insane powerful progression and the music packs a symphonic edge only to emphasize its intensity. The added symphonic elements merely empower the overall present power metal drive and create a density making the album flourish. Something you can very well leave up to Teske. Think Ghost Ship Octavius and Theocracy rather than Epica or Nighwish. ,,End Up In Sorrow” is a doomy epic tune with Lozanova displaying her operatic abilities over the slow progressing track. More melodic towering Lozanova belts an impressive job on the heavily orchestrated ,,Back To You”. The song slowly builds tension and Ani really takes the spotlight with an intense vocal delivery. When the pace goes it flies up. Mosh pit evoking headbangers such as ,,The Letter” and ,,My Misery” are simply magnificent. The fierce shreds and impressive riffs and solos are finger licking. Vocally Ani switches registers constantly and the interaction with the grunts add little posture. An insane sticky guitar solo opens to the riff driven ,,Cold Death” with wailing vocals before the song starts to inflame with epic metal power. The interaction of the throbbing load bass and double kicked drums hold up the carcass and the luring melodic chorus is unexpected. The solo again is piercing and grips into the opening solo. ,,Feel Inside” has a loud bashing bass over great guitar shreds and the song evolves in an awkward unexpected fashion with lingering mid section, demanding the listener to adjust. More ominous progressing ,,Don’t Leave” hits the Theocracy mark frequent and oozes an Evergrey vibe as well. The loud driving riffs and insane drum dynamics add to the vocal evolution of the song. Harsh grunts and clean powerful Lo-vocals over the harmonious riffs. A Halford pitch makes your fists fly up instantly and when the solo kicks in you are in metal heaven. It is this great musical interaction and powerful melodies and hooks that set apart the album from the stream of female fronted releases. When Ani Lo. Projekt’s music takes shape as such, the music is delivered with passion and sincerity. However, those tracks don’t hold up as well as their unique ravishing progressive power metal out-calls. ,,Bleed” leans towards Nightwish’ latest offering and features a slick and sticky chorus before it powers up with grunt interaction and double bass. The better of the three. ,,Fly With My” is the typical symphonic metal ballad and doesn’t add to the overall metallic edge, as where the closing ,,Walk Alone” is a bit too slick and clean to impress. Though it blends with their music, the album might have been more balanced confusing on the band’s benchmark power. But hey; perhaps it bridges a gap to listeners of a wider varied sonic landscape?!

It is the sonic power and metal bombardment of `A Time Called Forever’ that makes it an outstanding calling card for Lozanova and her band. Lo is a vocalist extraordinaire and one of Bulgaria’s most celebrated singers. Her relocation to Germany does benefit her career and hopefully puts her on the radar of a wider audience. The album is an impressive piece of craftsmanship perfectly produced with the right amount of power and swagger laid down by the band and Teske. It hits hard, roars loud, and it impresses vocally. Ani Lo. Projekt definitely nests among the best releases in the metal genre. A highly recommendable album!