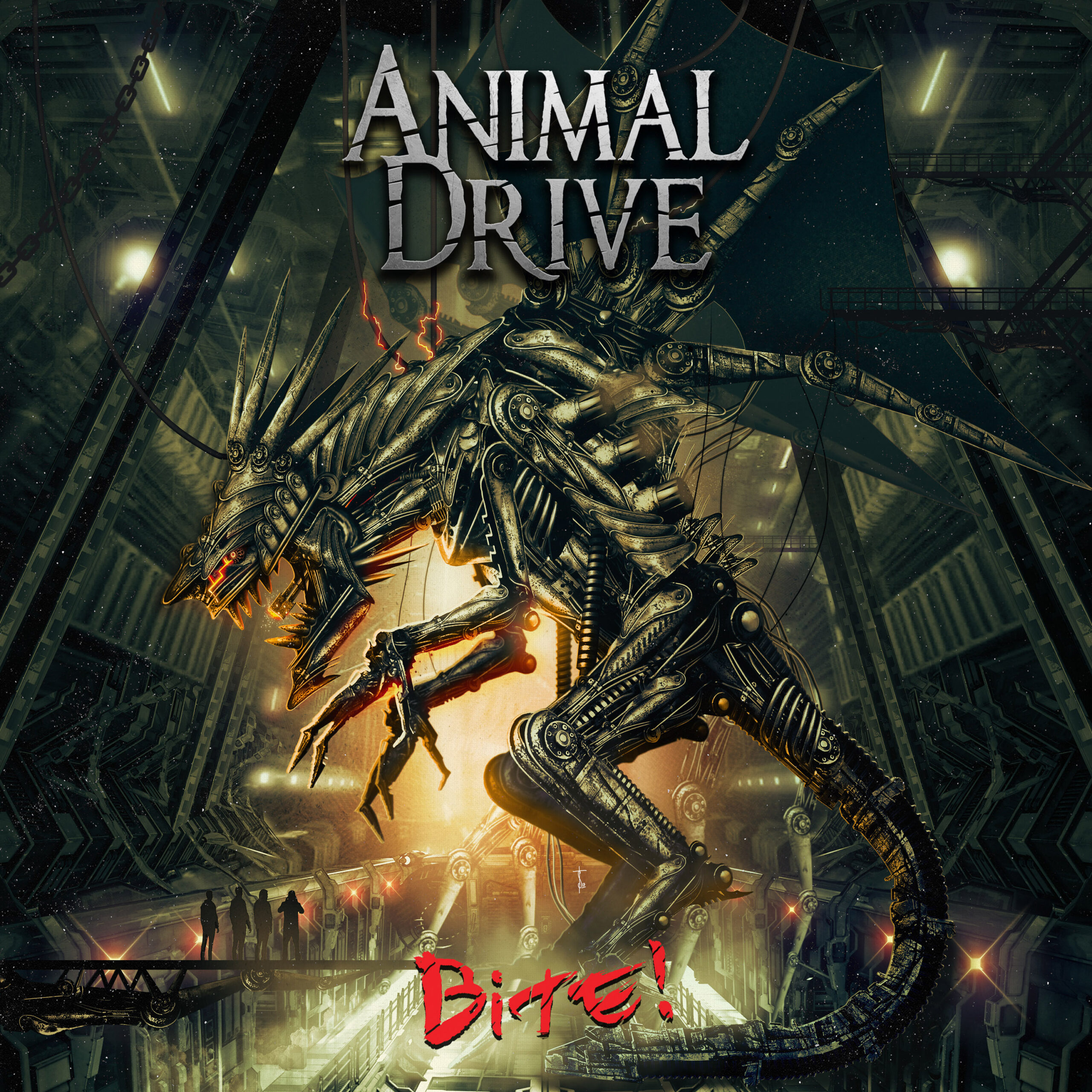 Metal and rock still unites the world and its people. Latest example Animal Drive, the Zagreb, Croatia based outfit led by singer Dino Jelusic who was invited to join the Trans-Siberian Orchestra tour as vocalist and there he met Jeff Scott Soto who was impressed by the performances of Jelusic and promptly tipped off the officials from Frontiers Music in Italy and made them aware of this group. Result: a deal for Animal Drive and we are pleasantly surprised by what this four piece formation has to offer on their CD ‘Bite!’ Nothing wrong with the CD title for starters because the band delivers a big ‘Bite!’ indeed by playing melodic power rock and metal with a small progressive twist here and there tucked away in the music. It is Dino Jelusic who carries the group as main composer and with a voice that comes over like a cross between Jeff Scott Soto and Jorn Lande. Really? Is he that good? Well, he is on this CD and he can also shine because the band that he has got delivers a bunch of pure power based melodic rockers with heavy riffs, a drummer and bass player with pace and a guitarist (Ivan Keller) that shreds away regularly, and sometimes shows influences from a great like John Sykes. Especially on the ballad ,,Carry On’’ mister Sykes’ influence cannot be denied. The first three songs on the CD ,,Goddamn Marathon’’ (driving on an enormous heavy riff), ,,Tower Of Lies’’ and ,,Had Enough’’ are kick ass songs starting the CD off on a high and that level maybe not completely kept during the whole album, but it is safe to say that not one song on the album disappoints. Okay, ‘Bite!’ sounds very traditional at times, but its overall power and the achievements of the musicians involved make this a CD that as melodic metal fan should fit nicely in your collection! This band has the metal touch!